In March 2021, Jen Shah was arrested due to her alleged charges of money laundering. Sources say she played a significant role in a long-running telemarketing scheme. Since then, Shah has pleaded guilty, expecting 14 years of prison.

Since the arrest, Jen has continued to film seasons with The Real House Wives of Salt Lake City cast and has become a fan favourite. Recently, news broke that the reality star will not be attending the upcoming reunion. Safe to say, fans who have vocalized their opinion on Twitter are not happy.

Jen Shah Releases Her Statement on The Reunion.

Via Instagram, Shah has released a statement on her absence from the reunion. 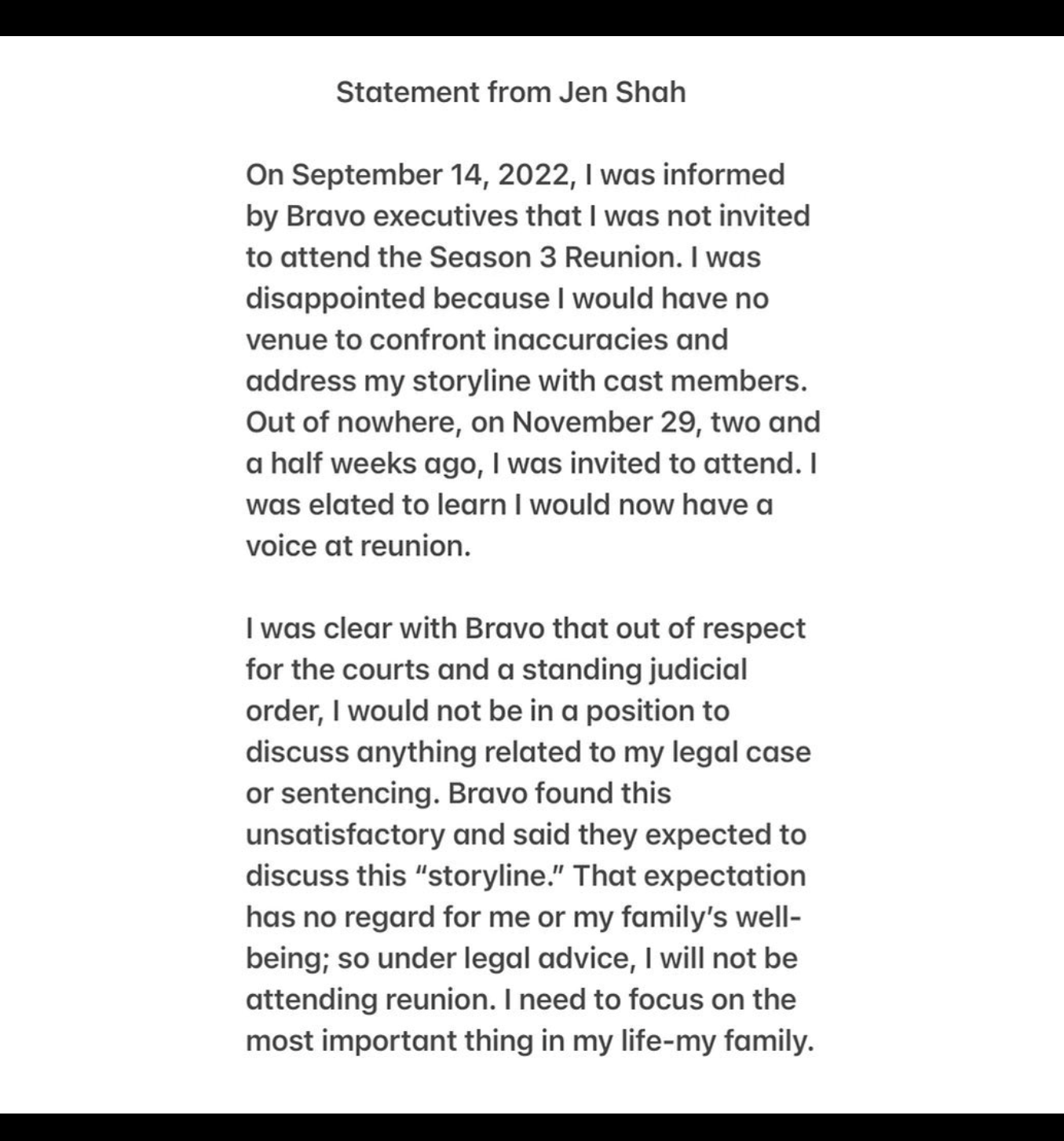 “On September 14, 2022, I was informed by Bravo executives that I was not invited to attend the Season 3 Reunion.” Shah adds, “I was clear with Bravo that out of respect for the courts and a standing judicial order, I would not be in a position to discuss anything related to my legal case or sentencing.”

The star has set the record straight by closing the statement with,

“I will not be attending the reunion. I need to focus on the most important thing in my life-my family.”

The court sessions are set to begin in the new year starting in January.  Sources say the show is continuing with filming in New York City. Although invited to join by costars, Jen has declined the offer.