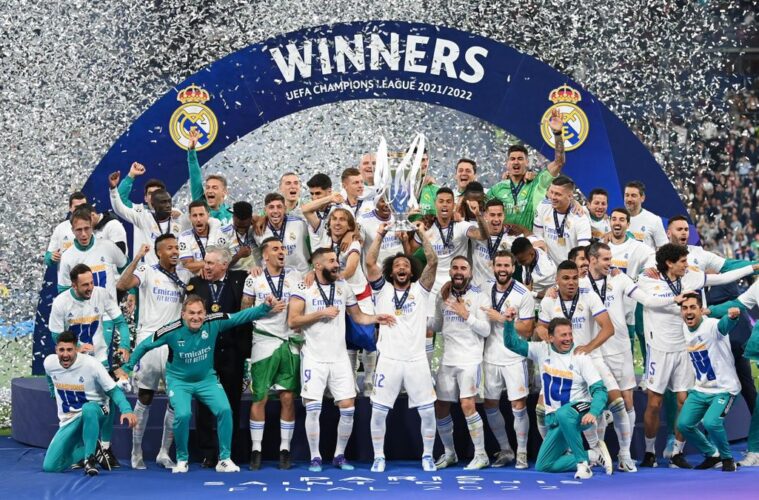 Real Madrid became European champions for the 14th time after defeating Liverpool 1-0 in the UEFA Champions League final in France.

The city of Paris saw the Spanish giants Real Madrid lift another European cup, much to Liverpool’s devastation. With the English side arguably the favourites to win the final, it was Madrid who snatched a 1-0 lead against Liverpool.

Madrid’s Brazilian winger Vinicius Junior was the goalscorer who finished his chance from close-range in the 59th minute. Federico Valverde, Madrid’s midfielder, whipped in a shot-come-cross for Vinicius who was waiting at the back post. The goal was enough to secure the win and hand Madrid coach Carlo Ancelotti a record fourth European title. However, the scoreline didn’t tell the whole story.

In contrast, it was Liverpool who dominated most of the game. Unfortunately for them, they were unable to get past Madrid’s stubborn goalkeeper Thibaut Courtois. He was also given the Man of the Match award for his breathtaking performance.

“Today nobody was going to get in my way,” Courtois said. “I was going to win a Champions League no matter what.” And win it he did.

Liverpool forward Sadio Mane was the first player to force a save out of Courtois. Mane hit the ball from close range, only for Courtois to push it on to the post. Mohamed Salah, Liverpool’s winger came to life late in the second half testing Courtois with a curler from the right and a close-ranged right footed shot. However, it didn’t count for much thanks to the great wall of Madrid.

The Los Blancos players sank to their knees after the referee blew the final whistle. This time, there was no need for dramatic comebacks that Madrid had to produce in getting past Paris Saint-Germain, defending champion Chelsea and Manchester City in the knockout stage. 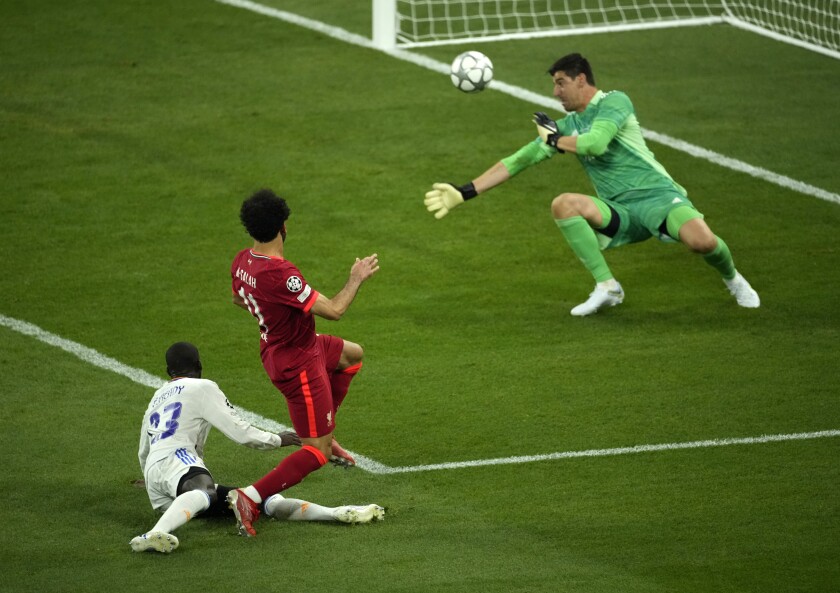 Liverpool’s ‘what if’ season

Within one week, Liverpool’s dream of a historic quadruple turned to ashes thanks to Manchester City and Real Madrid. After Man City made, what seemed like an improbable comeback against Aston Villa to come back from 2-0 down to win 3-2 to seal the title, all eyes were on the Champions League final.

With the FA Cup and the Carabao Cup already sealed by Jurgen Klopp’s men, the cup treble was still on. And to beat the kings of Europe to seal the treble would’ve been a memorable sight. Unfortunately, it just wasn’t meant to be for Liverpool.

This final was the 63rd game for Klopp’s Liverpool. The max amount of games the club could’ve played in a season. And perhaps the gruelling number of matches finally took a toll on a side that only lost three games out of the 62 in the season before this game. 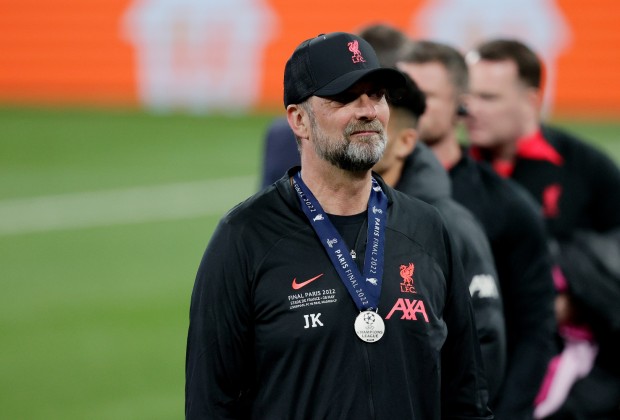 The harsh reality for Klopp is that, despite their domination in the game, his players weren’t at their best. Perhaps it was the mental and physical exhaustion of the Liverpool players that brought Klopp his third defeat in four Champions League finals as a manager, the first one with Borussia Dortmund.

Maybe the sign of things to come for Liverpool was foreshadowed during the chaotic pre-match buildup. The match was delayed by 30 minutes due to thousands of Liverpool fans shut outside the stadium. Some said of them said that the authorities had closed one of the gates. Consequently, many fans jumped the gates, both Liverpool and local, forcing police to fire pepper spray.

As a result, this season could be a season defining moment for Klopp’s era at Liverpool. Liverpool and their fans will look back at this season as the one that got away. What could’ve been a dreamy quadruple, ended up being a domestic double within a space of six days. This will be the ‘what if’ season for the Merseyside club and its supporters.