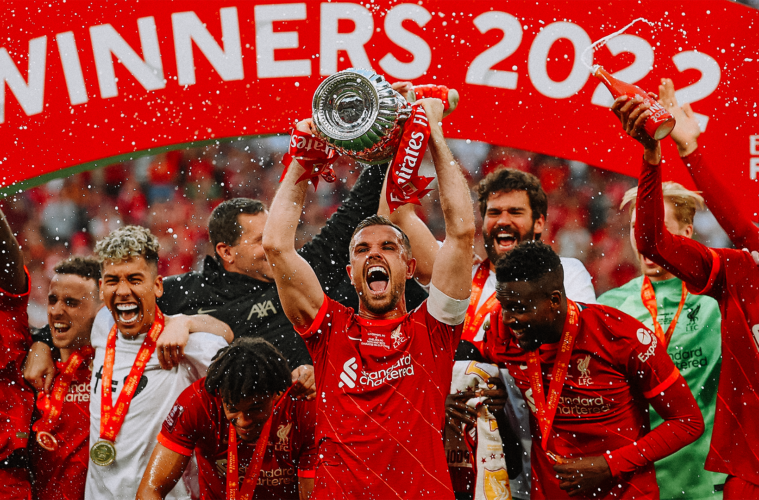 Liverpool defeated Chelsea in a penalty shootout for the second time in three months to lift the FA Cup, continuing their quadruple dream.

In another afternoon against Chelsea at Wembley Stadium, Jurgen Klopp’s men in red prevailed once again. The two Premier League giants clashed just three months ago in the Carabao Cup, where Liverpool lifted the cup after a long penalty shoot-out. They repeated the same feat, insuring the continuation of the quadruple fantasy.

How it all unfolded 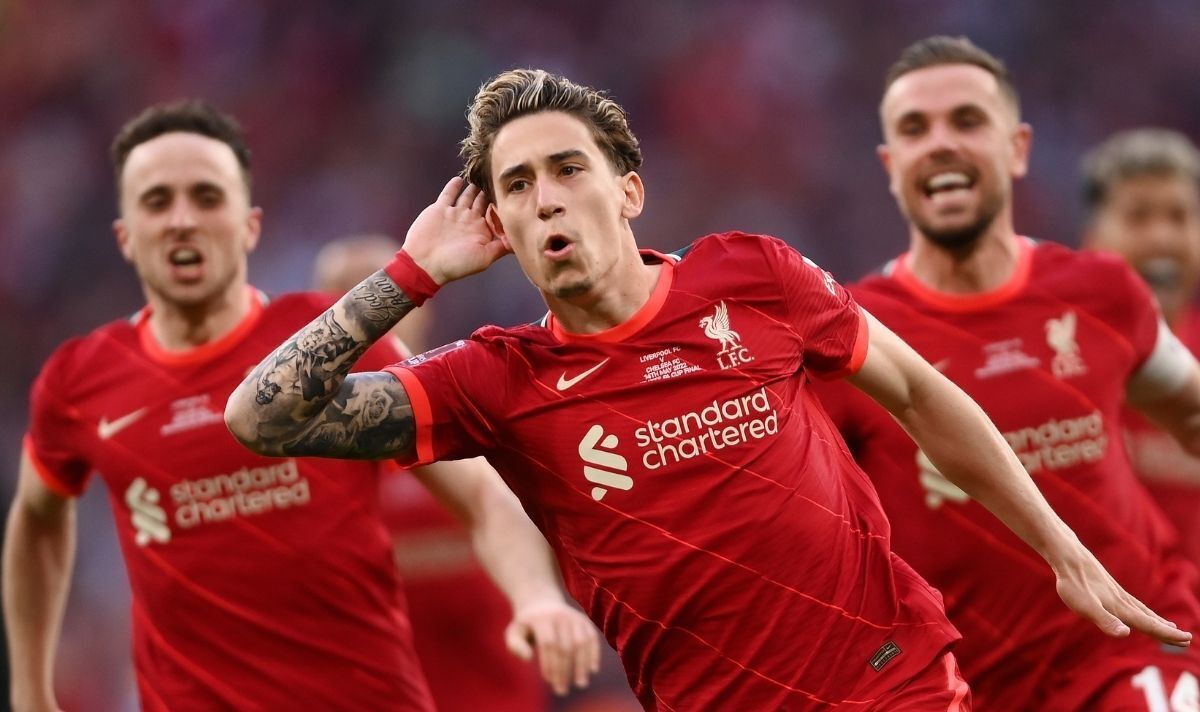 Both sides spent 120 minutes creating many chances, but were unable to score. Chelsea and Liverpool’s goalkeepers were hard at work helping their sides stay in the match. Klopp’s and Thomas Tuchel’s men rattled the goalpost once each time. A mix of missed chances and bad luck meant that it would be the nightmare of penalties that would decide their faith. And it was the unlikely hero at left-back, Konstantinos Tsimikas who scored the deciding spot-kick.

Despite Tuchel’s men impressing both times, heartbreak was experienced in their pair of finals. Chelsea have had their fair share of luck against Liverpool in the past, and the tides have finally turned.

Liverpool started the better of the two sides thanks to winger Luis Diaz, who was a menace on the left wing. The Red men created several chances, but to no avail. Chelsea were in a similar boat in the second half, where Liverpool goalkeeper Alisson Becker saved shots from Chelsea left-back Marcus Alonso and winger Christian Pulisic.

Despite injury scares to Mohamed Salah and Virgil Van Dijk for Liverpool, they managed to push on. Their talismanic figures were bound to get injuries after playing a possible of 61 out of 63 games in the season.

The first whiff of failure came for the Blues with their second penalty. Their captain Cesar Azpilicueta missed his penalty, clattering the post. Alisson making a strong save to deny Mason Mount meant that it was in Sadio Mane’s hands.

Mane, who had already scored the winning penalty in the Africa Cup of Nations final this year, stepped up again. He took the fifth kick to seal the deal, but was denied by compatriot Edouard Mendy.

Tsimikas was a late substitute, and became the unlikeliest of heroes to win the FA Cup. This meant that Klopp has now completed most of the trophies available to him. The only ones missing are the UEFA Europa League, and the Community Shield. Klopp’s men have played for both once before, losing to finals against Sevilla and Manchester City.

Liverpool signed Japanese international Takumi Minamino for £7.5 million from Salzburg in 2019. He became the first player from Japan to play for the club. A slow start to his career in the red shirt was evidence of his struggles at his new club.

After an underwhelming loan at Southampton, there was a chance he would not feature much for Liverpool. However, their congested schedule meant that he would get several chances in the ongoing 2021-2022 season. And he has grabbed the opportunity with both hands. The quadruple is still on

When Liverpool dropped points in the league to Tottenham Hotspur, the chance of the quadruple seemed dead and buried. However, Manchester City drawing to West Ham this past weekend gave them hope.  Liverpool also managed to beat Southampton, after Klopp made nine changes to his starting eleven. This means that the title race will be going to the last day this week on Sunday.

Liverpool and Manchester City both have one game remaining, with only a point separating both teams – City on 90 points, and Liverpool on 89. The men in red play Wolverhampton Wolves, and the blue side of Manchester will play Steven Gerrard’s Aston Villa. It will be a mouthwatering showdown to decide who gets their hands on the title.

Klopp’s men would have to win their game, and will have to hope that City at least draw to Villa. A City victory however, will put the title race to bed, despite Liverpool’s result.

If the Merseyside club manage to win the league, the Champions League final awaits on May 28. Spanish giants Real Madrid will be hoping to win their 14th European Cup. Liverpool will be looking to get their seventh, as well as the potential quadruple.

It’s exciting times for Liverpool and their fans with two more games to go. Will the footballing gods bless them and allow them to make history? Only time will tell.