Billie Eilish has started the North American leg of her tour, WHEN WE ALL FALL ASLEEP, WHERE DO WE GO?, with an energetic perfomance in San Francisco. The singer may only be 17-years-old but her work ethic and dedication to her craft is unparalleled — Billie pours her self entirely into her music and into her performances. Her shows leave the audience energized and uplifted, as she takes the stage as if she’s a fan at the concert of her favourite band. Billie’s energy is infectious and if you haven’t had a chance to see her, she’s got three Canadian stops on her tour. 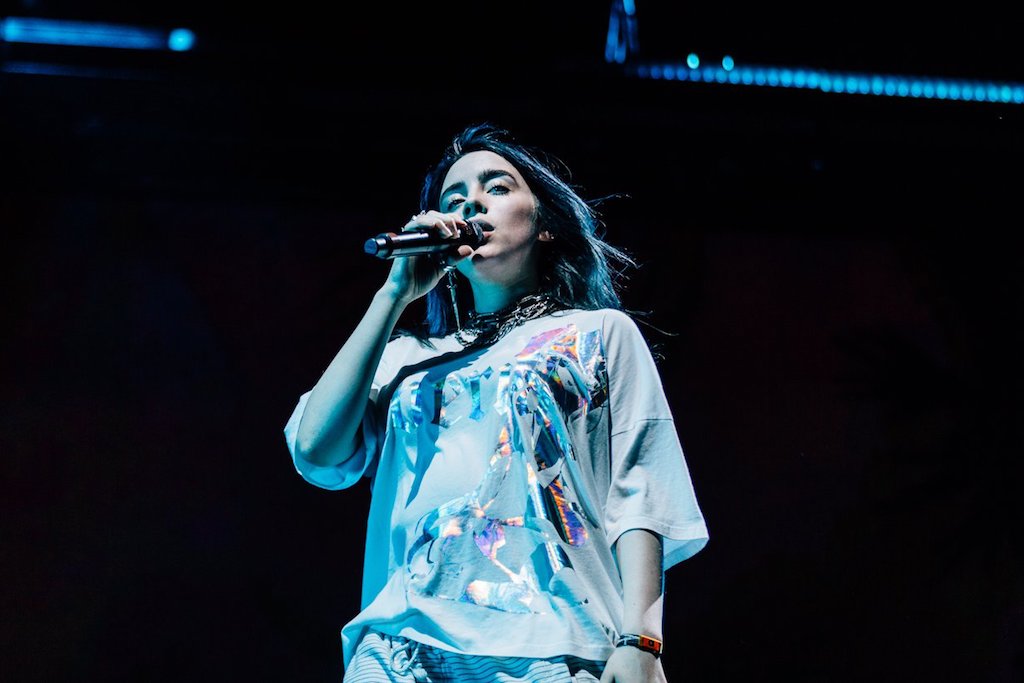 Since 2016, Billie has managed to climb to the top of the Billboard 200 chart with her debut album, WHEN WE ALL FALL ASLEEP, WHERE DO WE GO? and amassed over 300 million streams on her debut single “ocean eyes.” Billie’s on-stage presence is electric and her fans are really the driving force behind her performances. If you haven’t had a chance to see Billie in concert yet, you’re in luck – Billie’s scheduled three Canadian stops on her tour. First up is the PNE Ampitheatre in Vancouver, on June 1st. Followed by the Budweiser Stage in Toronto on June 11 and then Place Bell in Laval on June 12th.

Check out the music video for Billie’s single “bad guy” to get a little taste of what’s to come on tour.