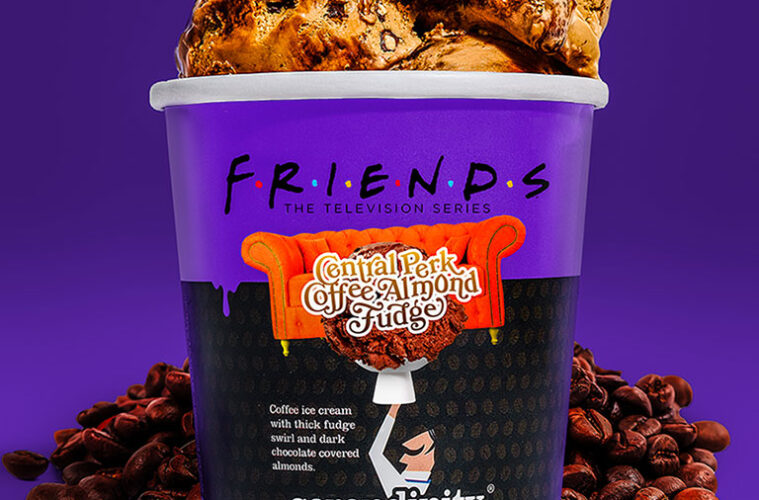 The Ice Cream brand has partnered up with Warner Bros and is releasing four new pints inspired fan-favourites TV shows and movies. The first one released was the Friends-inspired Friends Central Perk Almond Fudge pint. Other releases are The Goonies Sloth & Chunk Rocky Rooooaad? pint, which is currently available, Caddyshack Gropher Traxs pint and A Christmas Story Oh Fudge Peppermint Cookie Fudge Sundae pint, to be released later on this year. 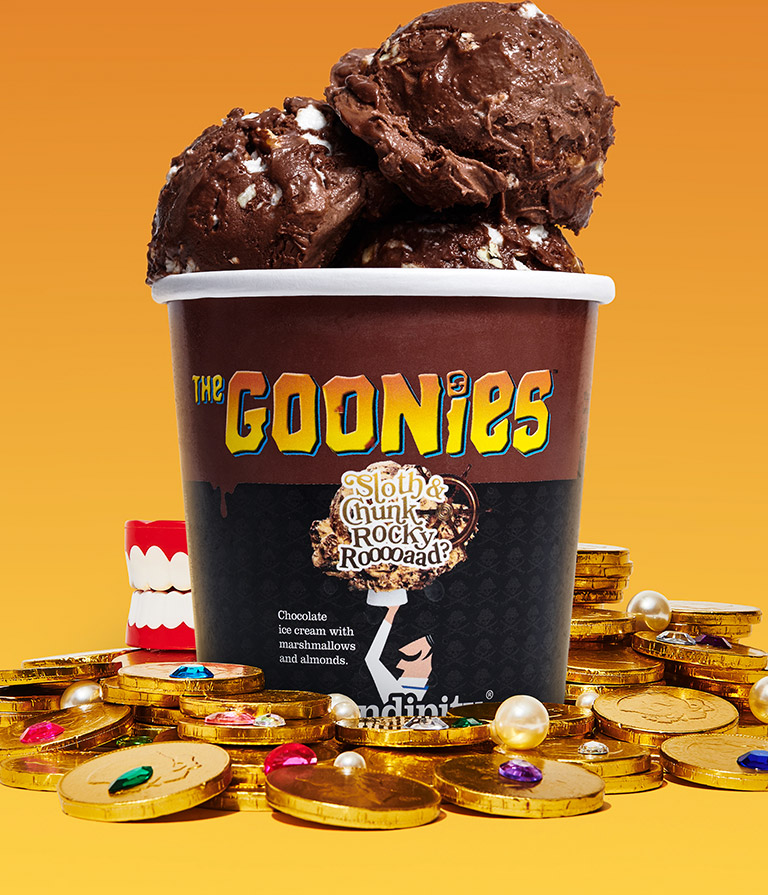 Friends Central Perk Almond Fudge pint not only has the name of the iconic coffeehouse, but its main ingredient is Coffee and it has a thick fudge swirl and dark chocolate-covered almonds.

“Friends is a pop-culture classic that we couldn’t be more thrilled to create a special flavour for!” Sal Pesce, president and COO of Serendipity Brands, said in the announcement. “Our Central Perk Almond Fudge flavour is nostalgia in a pint that makes you feel like you’re with your six best friends indulging in a sweet treat at a coffee shop.”

The new flavours are available in select stores and online at serendipitybrands.com. There is currently a deal on the website that if you get any 6 pints you get the 7th free.