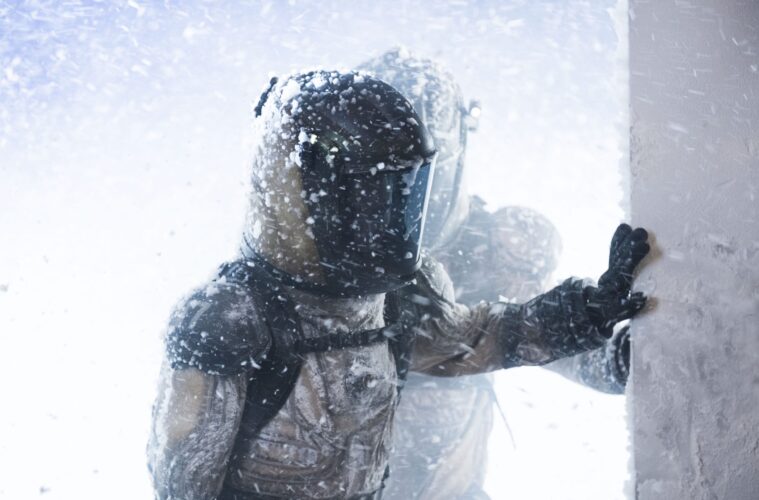 Snowpiercer is back on track: a dystopian tv series, not far from becoming reality

Increased social differences, a global emergency, the impossibility to breathe fresh air on the outside, scientists fighting global warming. Sounds familiar? Well, all this happens on Netflix’s and TNT’s Snowpiercer, but in a (not) very different and post-apocalyptic time. 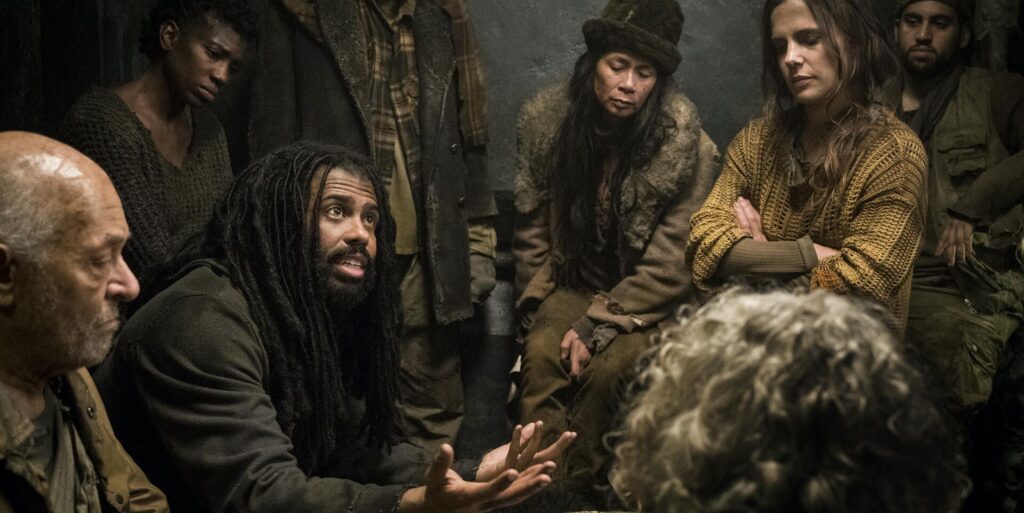 Snowpiercer’s season 2 recently premiered, releasing a new episode each week on Netflix. If you have seen this tv series, you probably have thought at least once about what we talk about in this article. If not, don’t worry, we promise there are no spoilers on it.

This tv series is based on the French graphic novel Le Transperceneige, which already has a big-screen adaptation by the same name (Snowpiercer), released in 2013 and directed by Bong Joon-Ho, who is now a producer at the show.

Snowpiercer is the name of a 1001 wagons-long train that tours around a frozen Earth sometime in the distant (or not) future. The temperature around the globe is always way below -100º C, impossible for any living creature to be exposed to this cold. (Later on, we even learn that it doesn’t even snow).

A lot of people who haven’t even seen the sun for years, who can’t breathe fresh air, that stay indoors with not much space to walk around… sounds very relatable, right? Well, let’s just be glad our global crisis didn’t reach the magnitude of the one the people from that world lived.

But what caused this extremely cold landscape? Scientists’ failure to fight global warming. They tried to cool down the atmosphere, but it got a little chiller than what they had planned, forcing humans to try to find a way to survive.

Does it ring a bell for somebody? Recently we found out about the Stratospheric Controlled Perturbation Experiment (ScoPEx). A solar geoengineering project promoted by Harvard scientists and financed by Bill Gates.

The proposal of this experiment is to spread tons of non-toxic calcium carbonate powder (CaCO 3) into the atmosphere through air balloons or planes, which would produce a huge cloud on the stratosphere and help the planet cool down (theoretically just a few degrees) by reflecting sun rays back into space instead of entering the atmosphere. 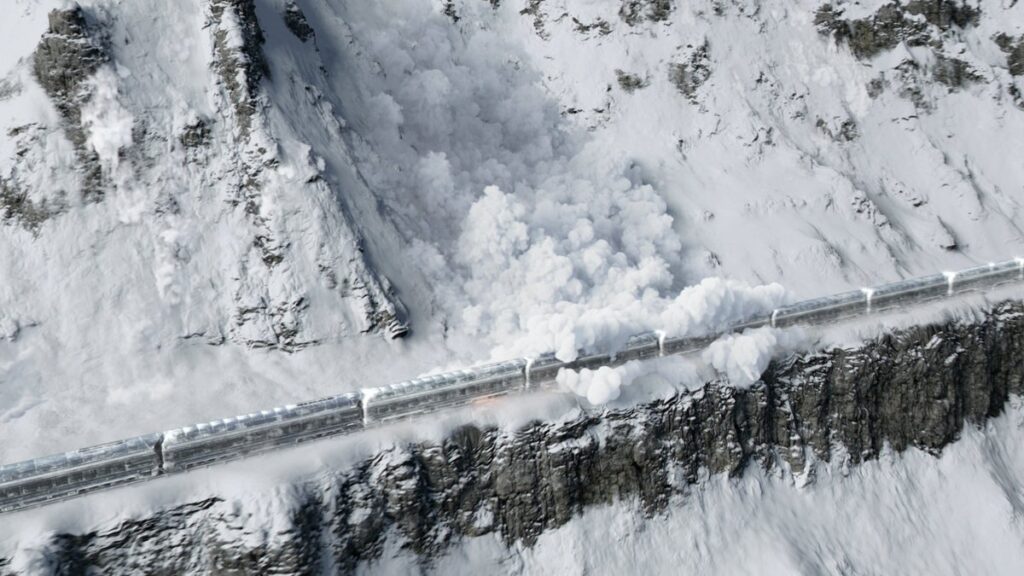 Even though scientists have already witnessed this practice (Philippines’ Mount Pinatubo eruption in 1991 and Indonesia’s Mount Tambora eruption in 1815 cooled down the whole Earth a few decimals), this theory is still highly controversial. Critics say that a practice like this could bring unpredictable risks.

At the Snowpiercer’s world, this is where Mr. Wilford, the owner of the train, steps in. A very rich man (our own Bill Gates?) that finances and builds an auto-sustainable train for it to travel the world and keep everyone inside warm, with plenty of wagons, each serving its own purpose for survival.

The first season starts with an interesting narrative, where we get to know a bit of each character’s story. But the main problem appears to be the extreme social inequity, the revolution that bursts out and its constant obstacles.

While there are rich ticket holders for the train who have almost a full wagon for themselves, there are also the Tailees, poor people who got inside the train by force just at its departure (and we have second and third class in between).

It appears that global crisis always increases social inequity, just like the one we are living today, where, according to Oxfam International, the rich people’s fortune increased by 500 billion dollars, and it only took them 9 months to recover their economic loss, while the poorest people could take up to 10 years to recover from this crisis. 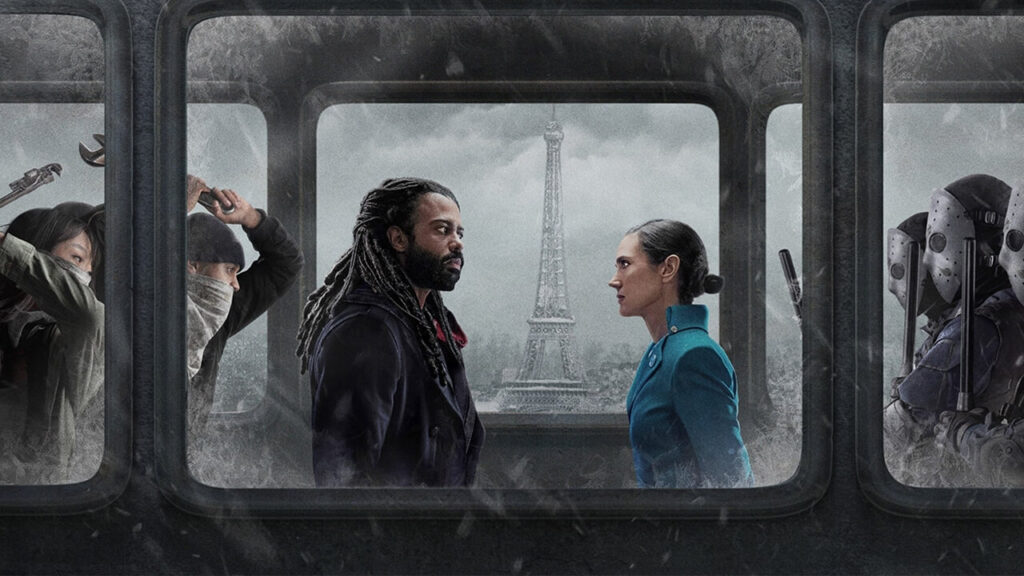 Taking into account all this scary similitude of the show’s narrative with our actual global situation, Snowpiercer’s appeal goes beyond. A cast including Jennifer Connelly, Daveed Diggs and for season two, the legendary Sean Bean, the series promises a special connection with its characters and their deep stories.

But what primarily motivates viewers to keep watching is finding out what happens next, increasing tensions episode by episode through its first season and apparently also through season 2 so far.

A dynamic narrative to keep you at the edge of your seat. And let’s be honest, we all would like to know more about this world they live in, how does that train works to keep everyone alive and… if they will.