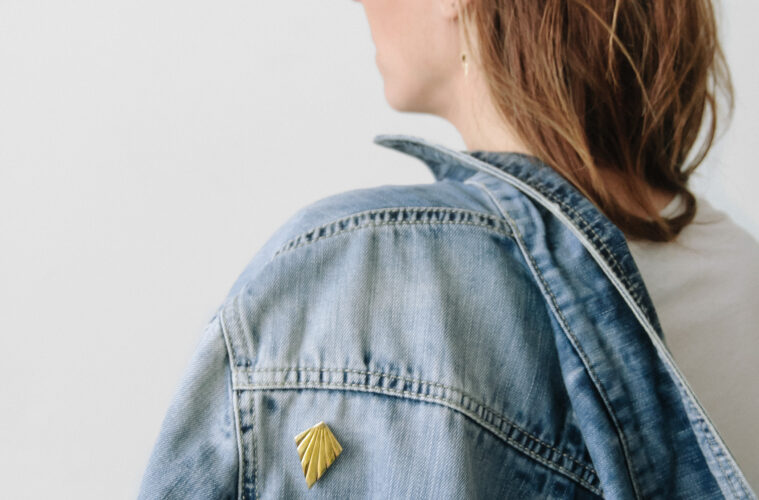 June 20th is World Refugee Day, where the United Nations focuses their attention and awareness towards helping and honouring needs of refugee’s through working with designers, brands, and philanthropists raising awareness and creating opportunity.  In honour of refugee day, the new platform “The Millie Marketplace”, is holding the year- long initiative “The Pin Project”.

There are more than 75-million displaced people and refugees worldwide.Every minute,20 people leave everything behind to escape war, persecution or terror, at least 79.5 million people around the world who have been forced to flee their homes, among the mare nearly 26-million refugees and 50.8-million internally displaced people. June is the time where the united Nations and other organizations channel their goals, energy and resources towards supporting refugee’s, misplaced communities, and others in need. With an already heavy focus on amplifying women’s voices, increasing education and global perspectives is not new to supporting human rights and philanthropic initiatives.

What is the Pin Project?

The Pin Project is a global initiative that provides placed opportunities for displaced people, including refugees and artisans since 2017. The goal is to help raise awareness, funds, and encourage self-reliance.

” This beautiful pin is facilitating big change, there are more than 75-million displaced people and refugees worldwide.We are reintroducing the pin to shine alight on the rights and dreams of artisans, many of whom are displaced. Proceeds will be invested in the artisan community, facilitating further training, the purchase of tools and equipment, and fair wages” 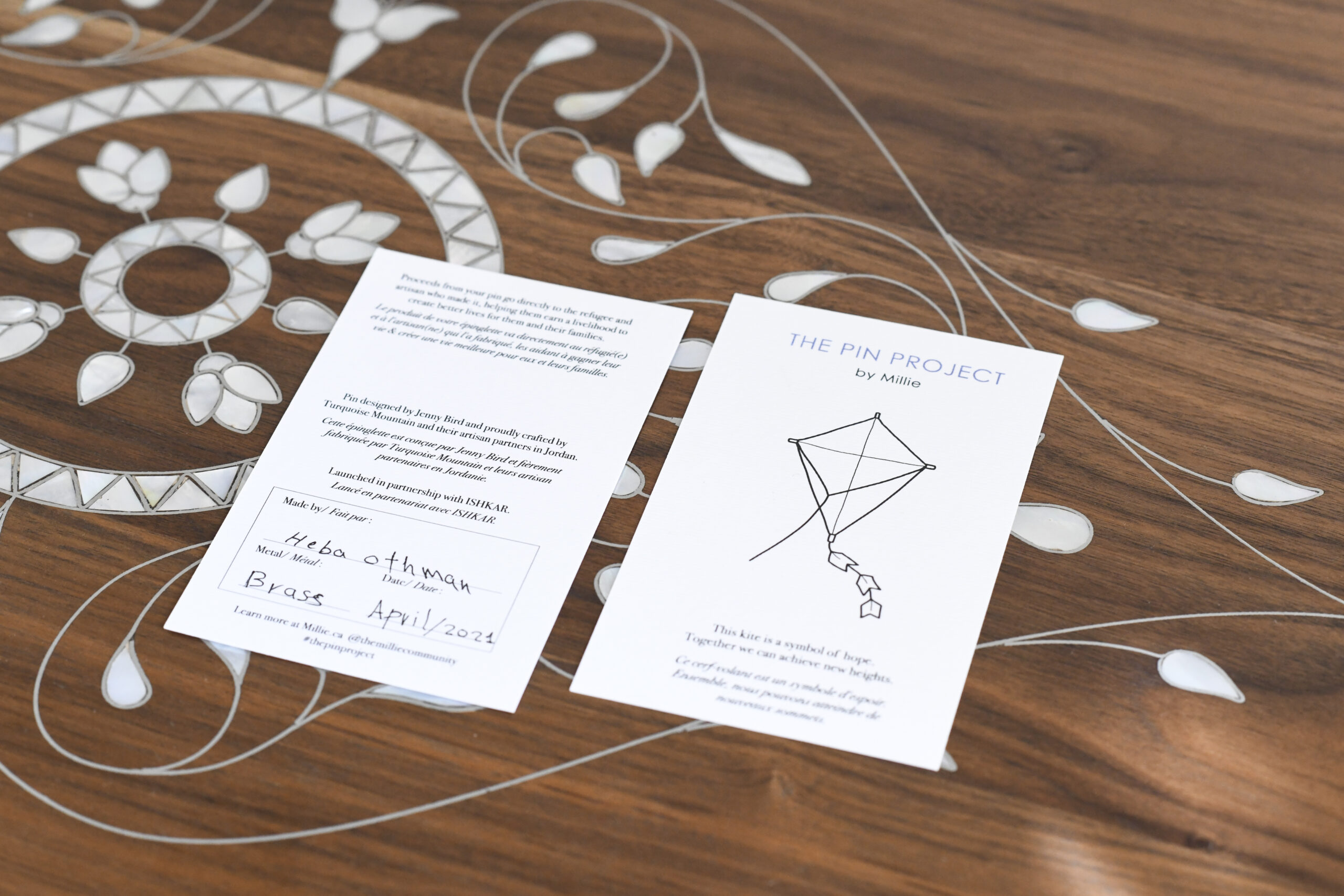 Designed by Canadian Jewelry designer Jenny Bird, ‘the kite pin’, which is handcrafted by Syrian/Jordanian artisans at groundbreaking turquoise mountain Jordan headquarters. Jewelry-making in Jordan goes back generations, a skill passed down from family member to family member. The Turquoise Mountain program preserves, protects and revitalizes traditional crafts that have been an essential part of Jordanian culture and are at risk of being lost. 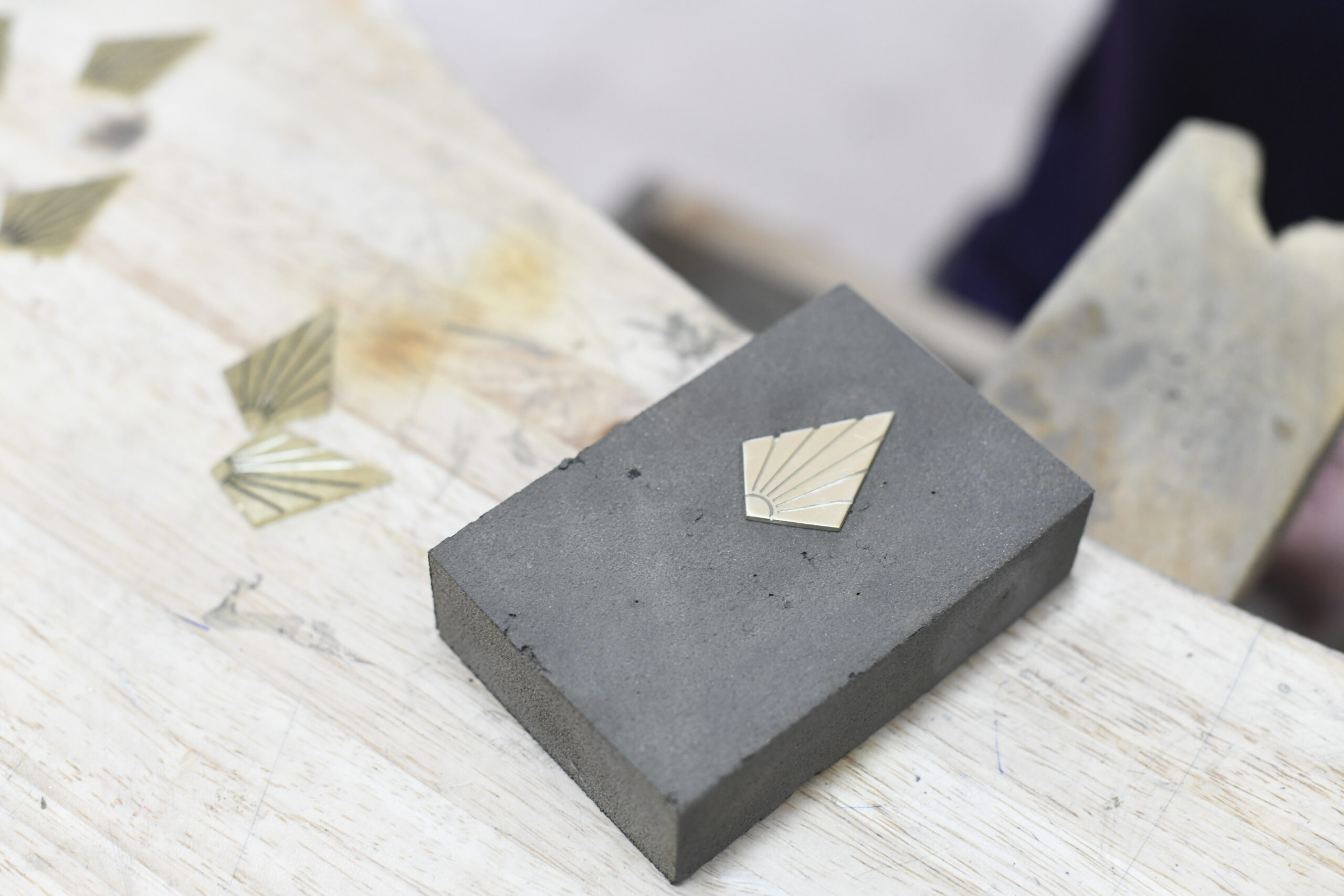 The Pin project works with experienced artisans as well as people who are new to the craft of silversmith. has already created employment for 60 artisans, and built workshops in developing countries including; Jordan, Afghanistan, Burkina Faso, and Turkey.

How can we support #thepinproject and World Refugee Day?

Wear & share this pin on World Refugee Day (June 20, 2021) to raise awareness of The Pin Project and show support for displaced people, refugees and artisans around the world.#thepinproject. These pins can be purchase through millie.ca in 2 material options.

The pins come in 2 Materials. 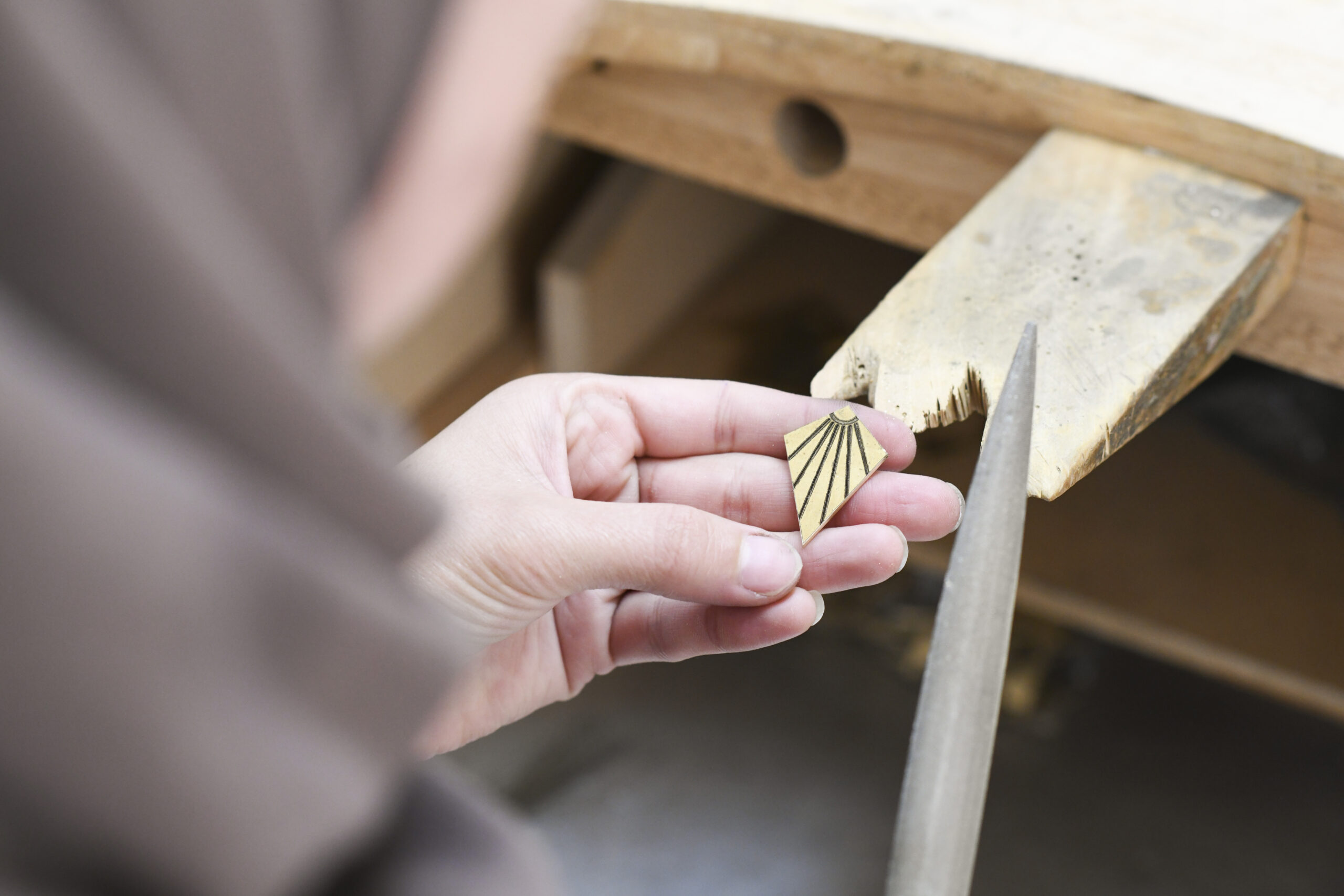 “The ripple effect will be immense…this one piece of jewelry will encourage people to learn more about the refugee crisis and the revival of traditional crafts, and how we can bring the two together to make a difference in the lives of displaced people, refugees and artisans around the world.” 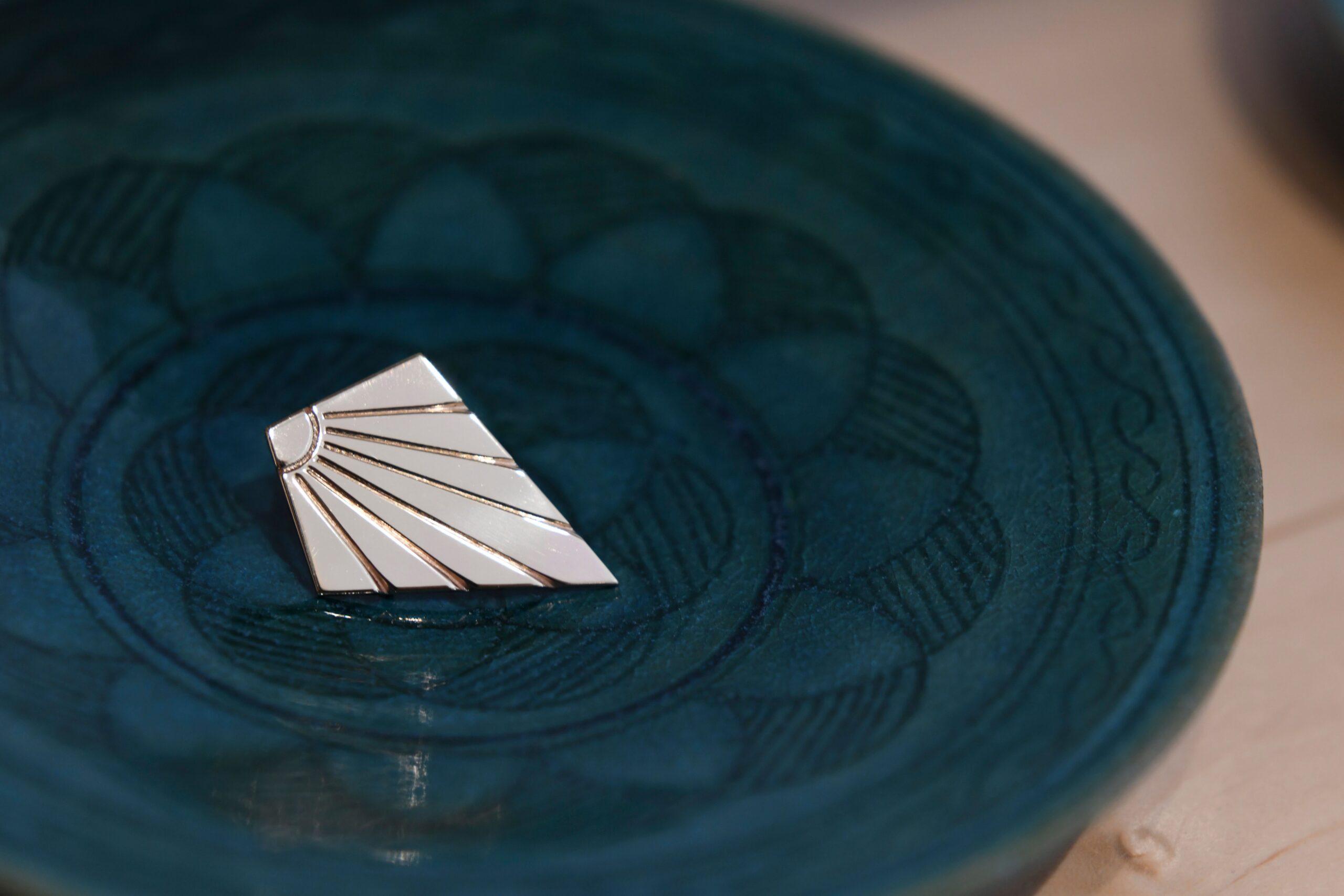 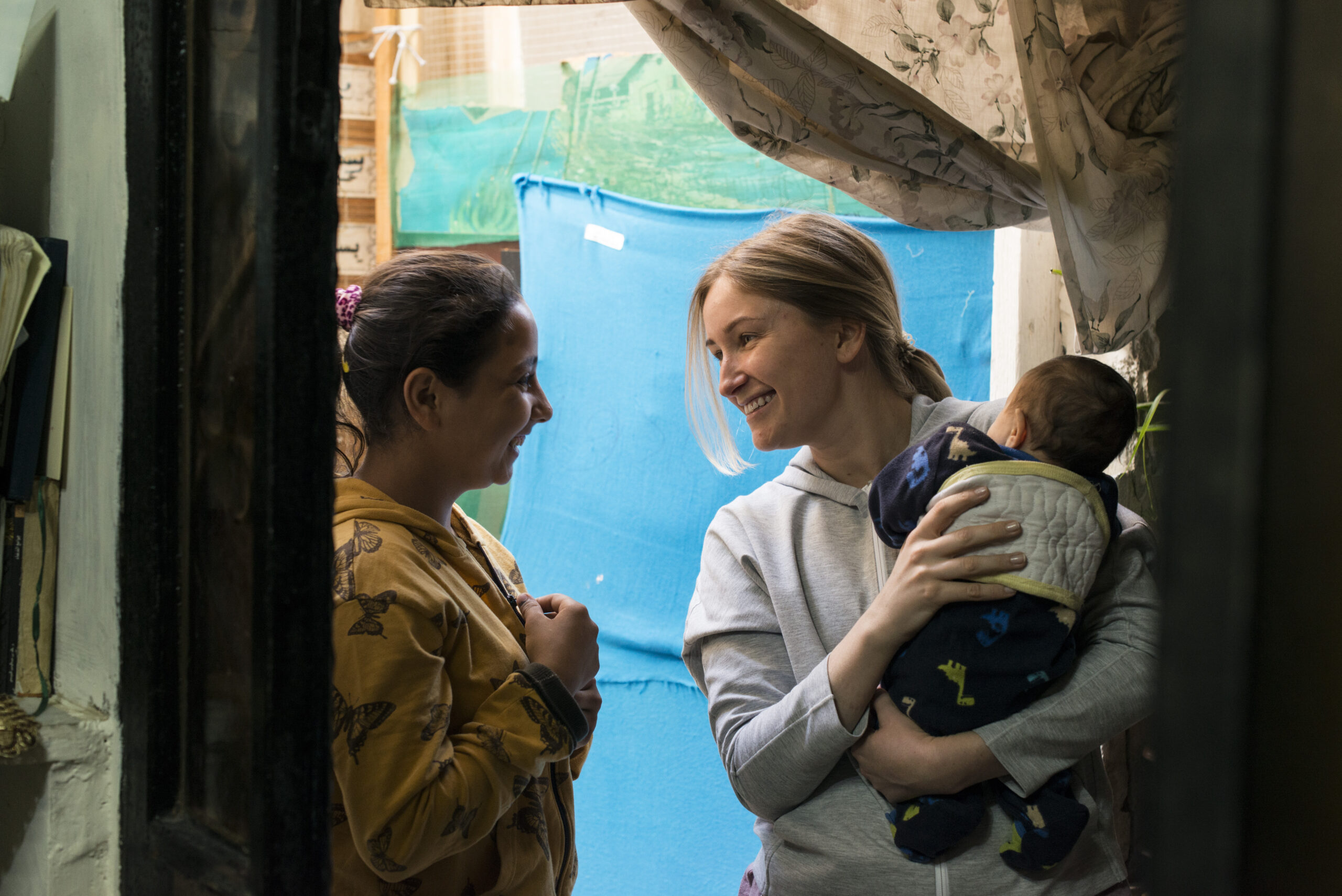