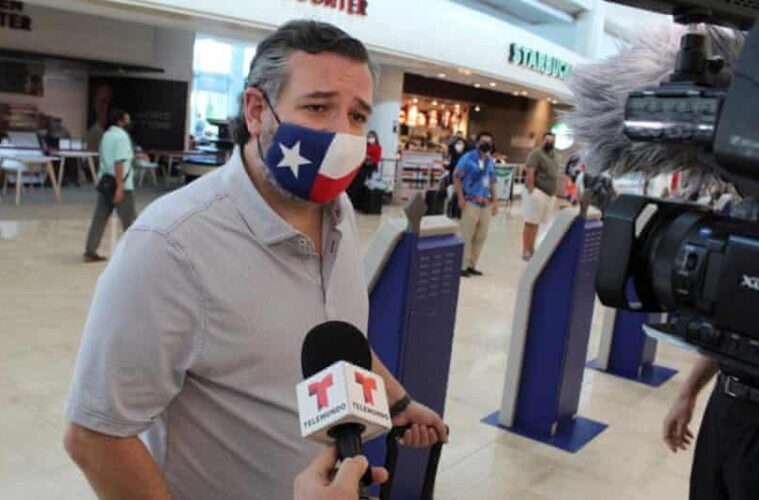 Not only is Texas being hit with one of the worst storms in history as snow piles up, heat is cut, and pipes are frozen, but Texas Senator Ted Cruz took a trip down to Cancun Mexico, to “get his family away from it all.”

Texas has been hit by a record-breaking snowstorm as people have been dying from lack of power, no running water, and no heat. While this storm has been ongoing since last weekend, people are struggling to keep warm and even hydrate. Stores are enduring shortages of water bottles, and family’s homes have no heat, so far there have been a total of 21 deaths in the deep freeze state, and yet senator Ted Cruz abandoned ship and flew to Mexico.

Not only is there a state of deep freeze that is breaking records, but the country and the rest of the world are still dealing with the pandemic of COVID-19. Cruz stated that since schools were closed for the week his daughter wanted to go on a trip with friends, so he flew them down to Mexico on Wednesday night and claimed to be flying right back home Thursday, although his flight plan was scheduled for Saturday.

Not only is this irresponsible for the senator to leave his state while under these circumstances, but he is also claiming to encourage unnecessary travel to abandon the travesty that is the deep freeze. Texas is likely to be hit with another big storm that could cause up to 100 deaths based on if heat/power and water can be recovered in time.

Many Texans who have heard of their senator flying to Mexico have pleaded for Cruz to resign as his actions, and the actions of his family are irresponsible. Texas being hit with a storm like this should spark change, especially in global warming protocol, and with another storm on the way Cruz and the rest of the government should be working hard and figuring out what they can do for the people in Texas who are suffering and dying.