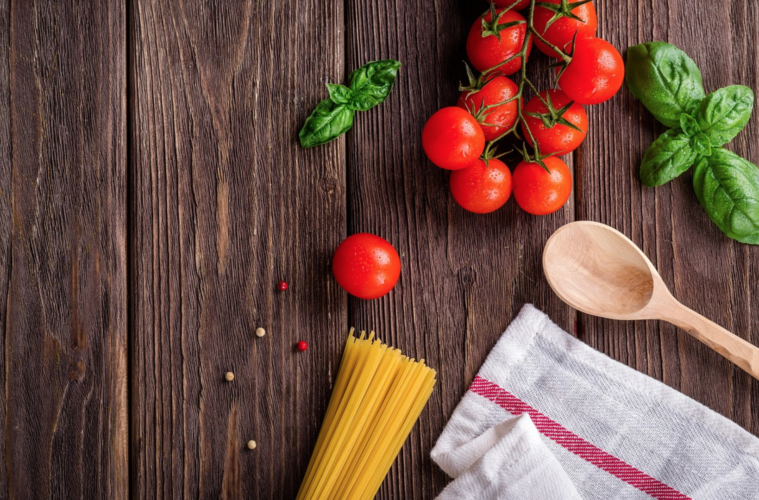 Looking for something to watch while you eat dinner? Need another easy-to-watch series to dive into, that just might give you some recipe inspo too? Or maybe you just want to see how REALLY good food is made. Whatever your motive, these Netflix series have you covered. 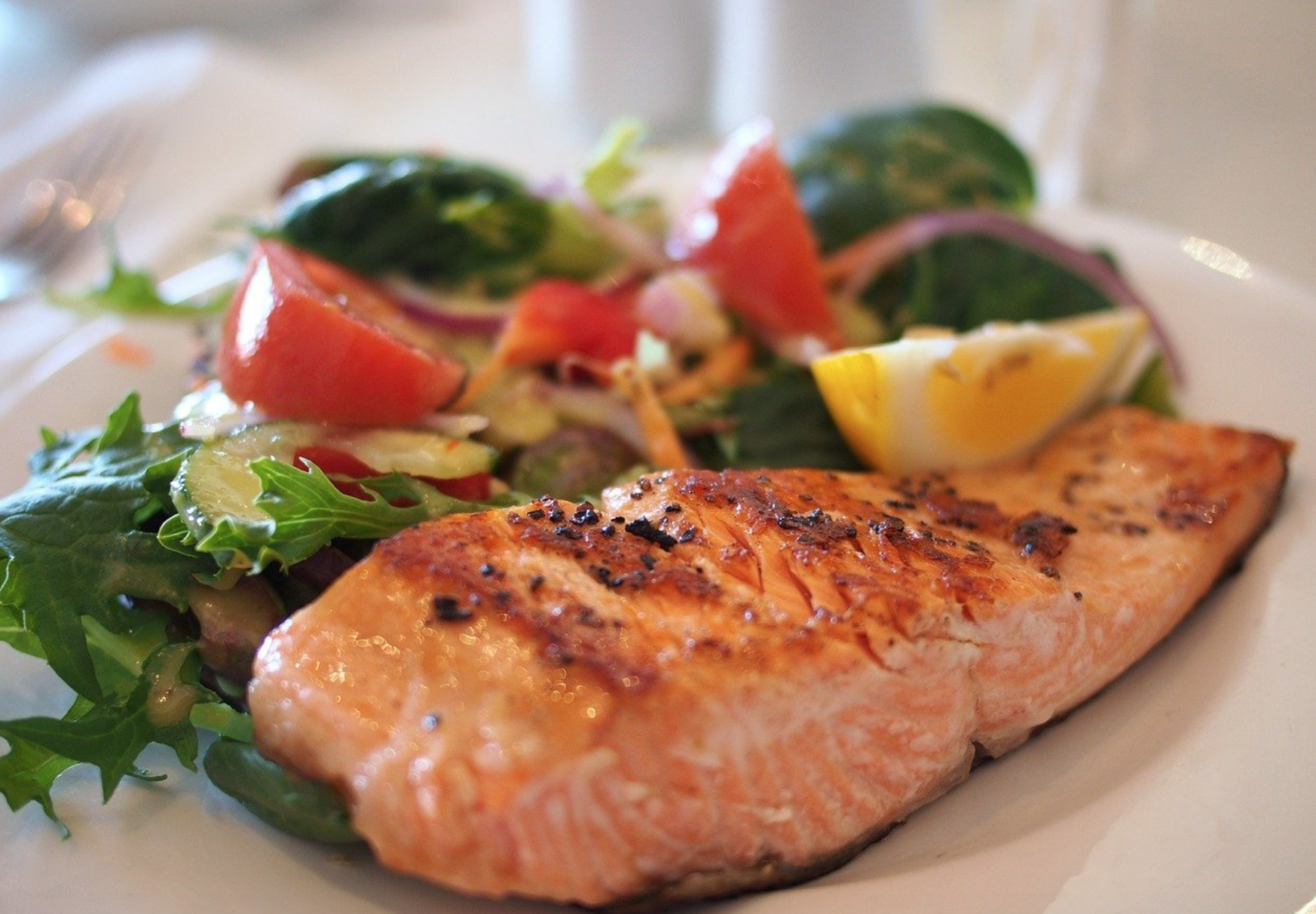 Made as a spiritual successor to the movie Chef by Jon Favreau, the Chef Show follows Favreau and chef Roy Choi as they explore different regional restaurants, dishes, and recipes made in kitchens across America. Favreau consulted Choi as a culinary mentor to help make sure the cooking aspects of the movie Chef were top-notch, and their partnership bloomed into a beautiful friendship that’s a delight to watch and serves as a throughline of the show. Learning all the recipes in the movie, the Chef Show also features signature dishes from Choi and his restaurants, as well as a roster of celebrity guests from both the worlds of cooking and film. 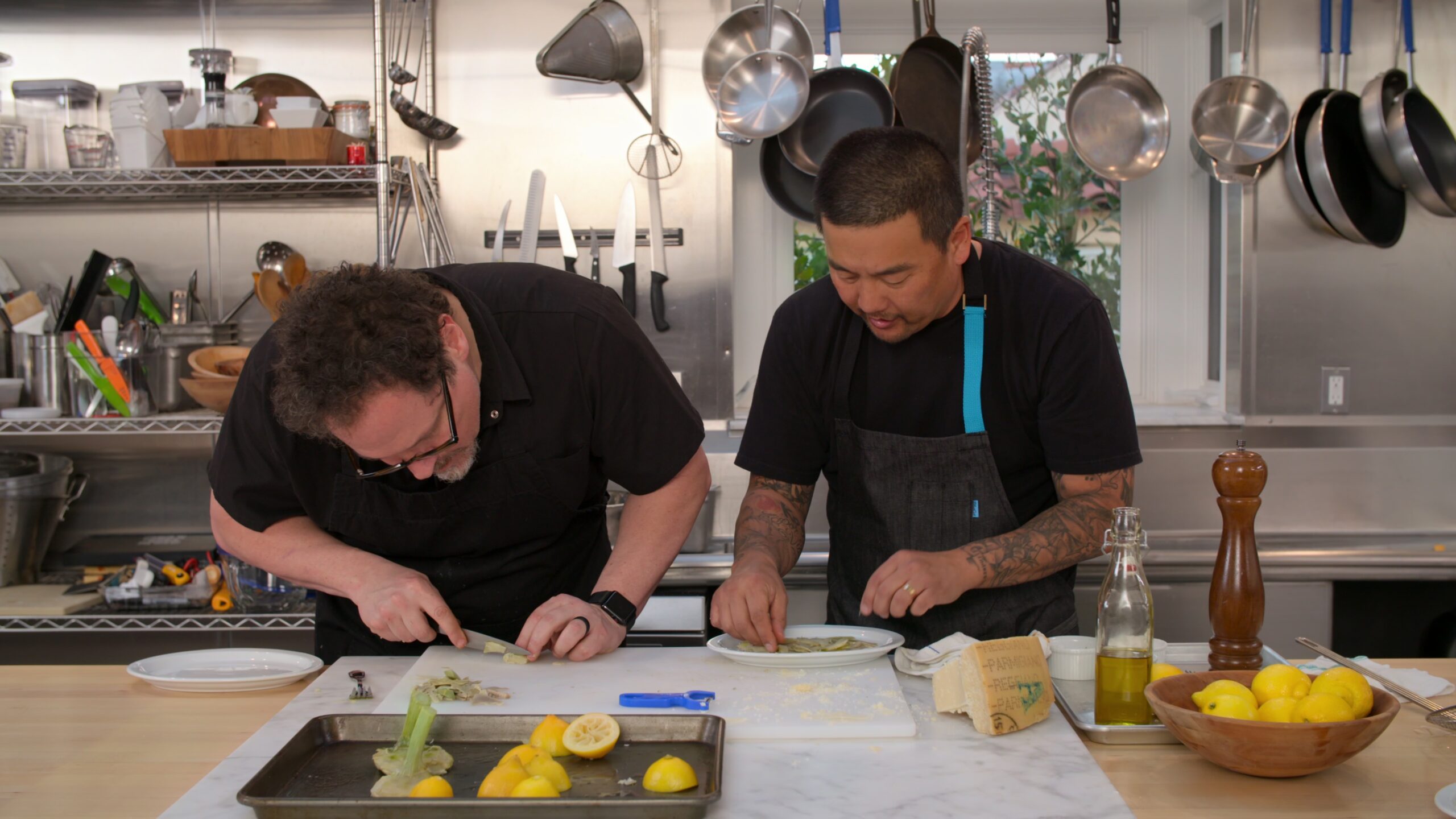 One of those guests who made multiple appearances on Chef Show is Dave Chang, the mind behind the Momofuku Noodle Bar restaurant company. Chang has also dipped his toes into various forms of media, including a cookbook, a magazine, a podcast, and two Netflix original shows. His first show, Ugly Delicious, sees each episode dedicated to a different dish or cuisine. Chang not only covers the various ways the dish is prepared but everything from the history of that food to the socio-cultural role the food plays to the people who make it. A cast of friends, experts, and fellow chefs from across the globe discuss topics from the traditions of New York or Italian pizza, to the gender politics of meat-eating and masculinity.

This unique series captures several different traditional cultural dishes and cuisines from across China. Each of the three seasons explores the regional cuisine of a different area in China. Each of the episodes (10 in the seasons about Gansu and Yunnan, and 20 in the season about Chaoshan) focuses on one particular dish or ingredient. Each episode lasts only 10-14 minutes, but so much is imparted in an informative aesthetically beautiful way with soaring shots of landscapes, slow, understated shots of food being prepared, and calming music rounds out a very consumable, feel-good viewing experience. 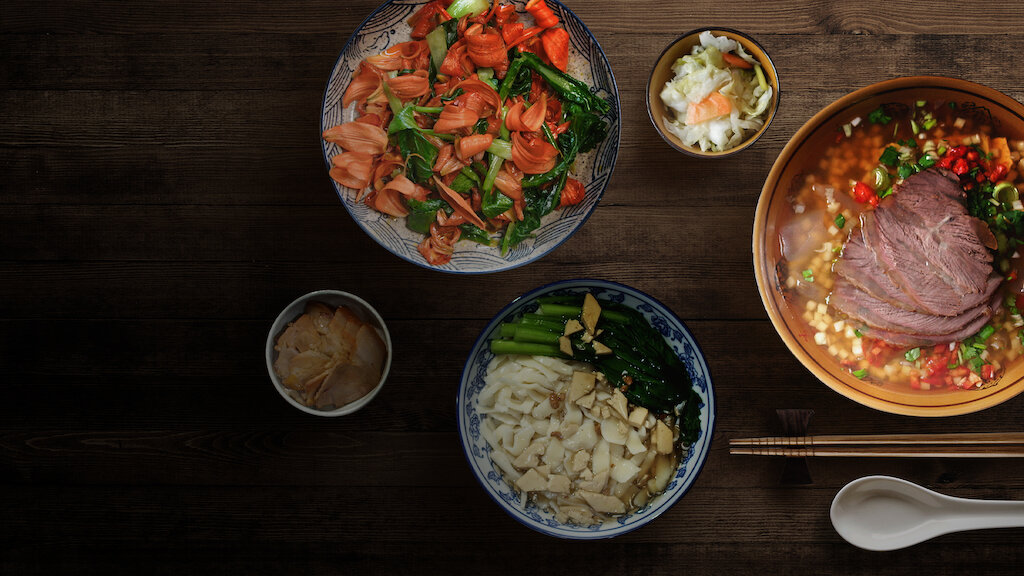 Phil Rosenthal, creator of the acclaimed sitcom Everybody Loves Raymond has a new hit series on Netflix: Somebody Feed Phil. A food and travel show, Rosenthal spends each episode in a new city, learning about the local cuisine, history, and culture, meeting friends new and old along the way. And while Rosenthal is demonstrating more of his knowledge as a foodie than as a comedy writer in this show, his humour, and outlandish personality are still injected into the show, giving light-hearted electric energy. You can tell that Rosenthal is just so excited about everything he sees and everyone he meets, and his charm and heart make the show a thoroughly enjoyable watch. 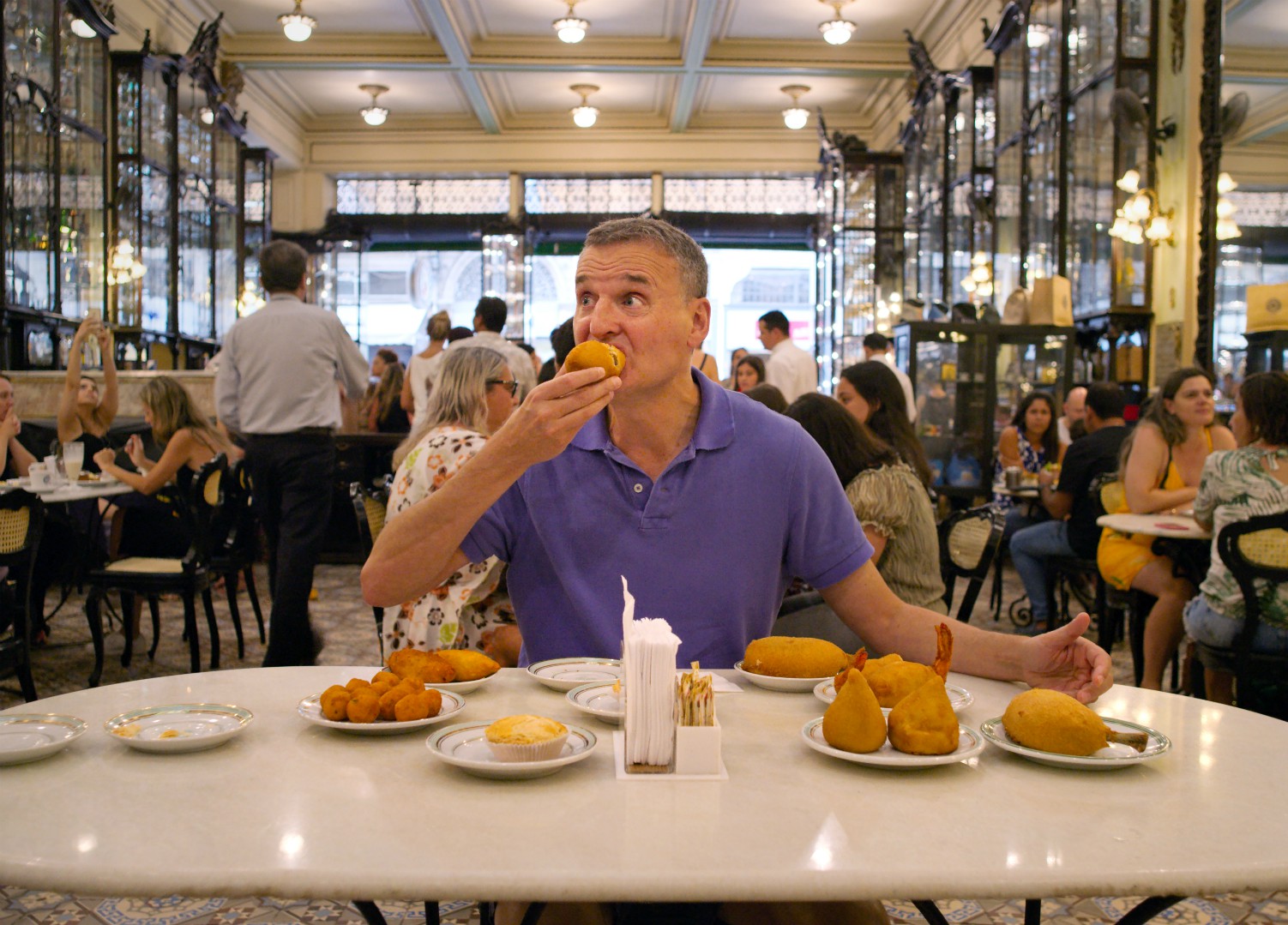 This highly consumable series only has four episodes, one for each of the components its title advertises: Salt, fat, acid, and heat. These are the four key elements needed to make a dish delicious, according to host, chef, and food writer Samin Nosrat. Based on her cookbook of the same name, Nosrat spends each episode in a part of the world that highlights that element in their cuisine: cheeses and olive oil for fat in Italy, sea salt and soy sauce in Japan, citrus and honey for acid in Yucatan Mexico, and heat in Nosrat’s home of California. Slow-paced and understated, Nosrat’s warmth and calm passion for cuisine shine as she shares in the application of these four building blocks of cooking.