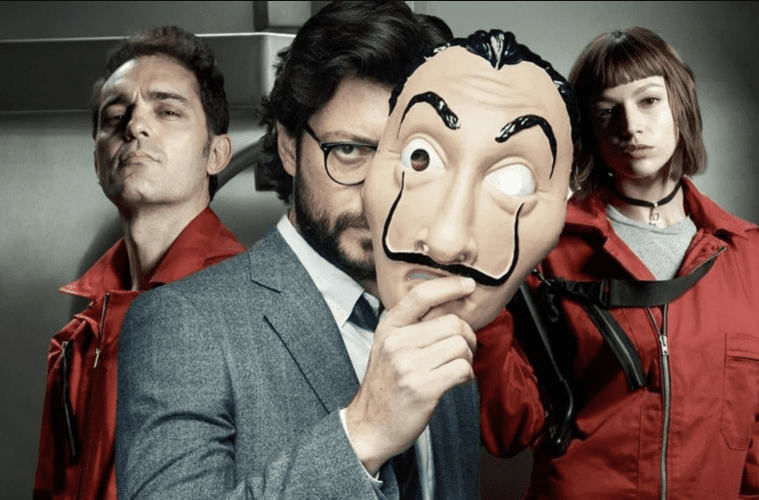 The Disappointing Progression of Money Heist

Money Heist, also known as La Casa de Papal, started off with a bang after the first season. However, things slowly went downhill, as the show followed many other series’ that began well.

Money Heist was a Spanish show that aired on Netflix. The show centres around a group of eight robbers, led by The Professor. He leads the brigade at an attempt to complete the largest heist in history by printing billions in the Royal Mint of Spain. The Professor hand picked each character by their abilities and backgrounds.

The Professor finds out their specialties by doing intensive background research to make the heist as flawless as possible. He takes them under his leadership and trains them to the best of his ability. They live together in a stranded house, where they become fond of each other to create chemistry ahead of the heist. However, The Professor has two rules: No relationships, and no personal information. The characters are known by code names due to this rule. 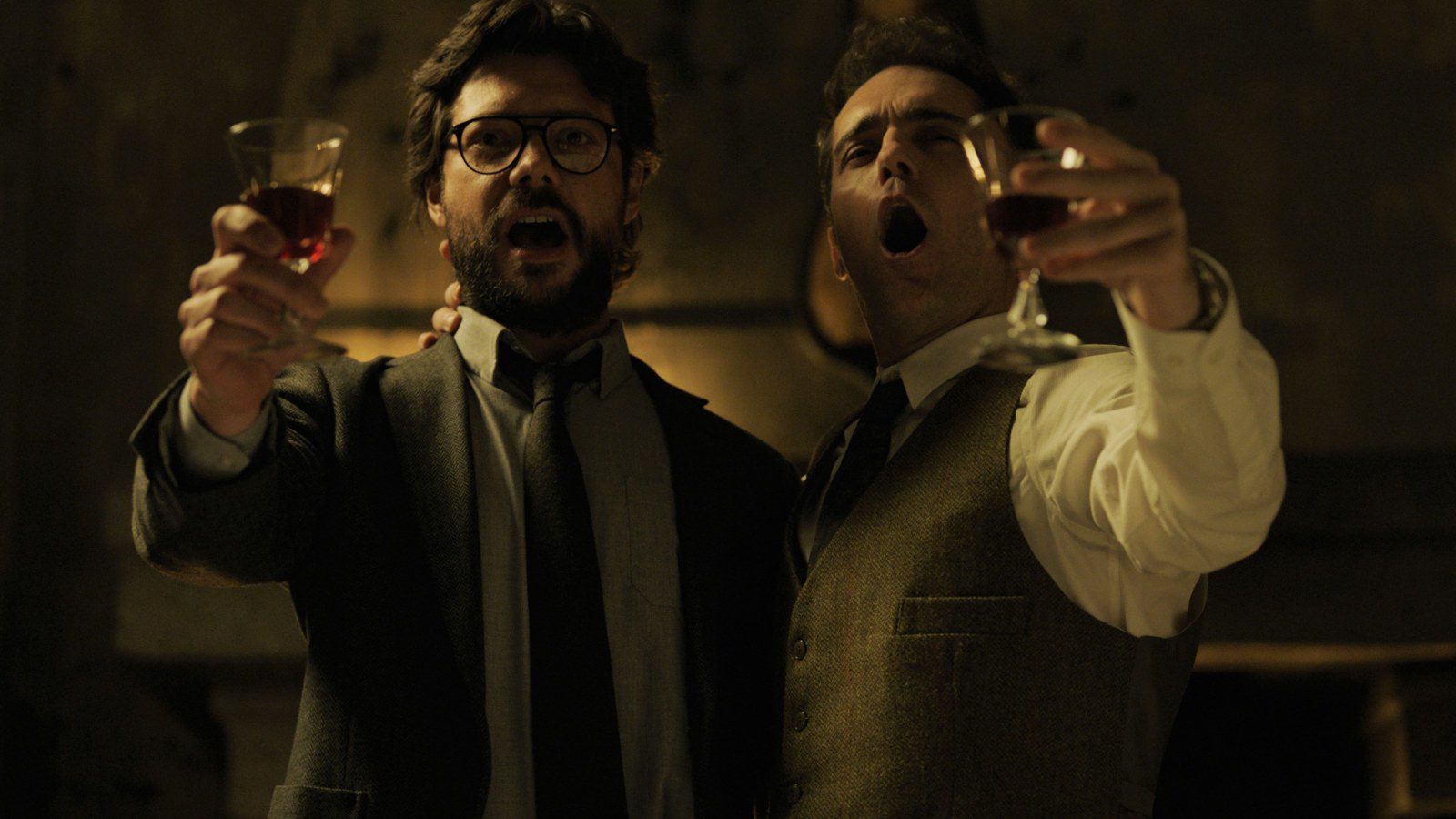 Ironically, the most standout thing about the first season were the relationships and personal information shared, which led to the ruckus it turned out to be. The Professor and Berlin already had a relationship prior to the heist, Rio and Tokyo fall in love, which turns out to be a toxic relationship, and one that leads to misery. Denver is portrayed as a lunatic with a unique laugh. Oh what a laugh he had. He creates a bond with Monica, later known as Stockholm.

This duo turns out to be the standout performers. They created amazing chemistry and understanding, making for some brilliant television.

The actor has already won when you look at an actor or actresses face and the feeling of hate is enraged. Everyone who has seen this show knows who I’m talking about. The one and only, Arturo, also known as, Arturito, who plays a vile character and is on a mission.

Oh and, The Professor ends up sleeping with the lead detective of the case, Raquel. Anything for survival. 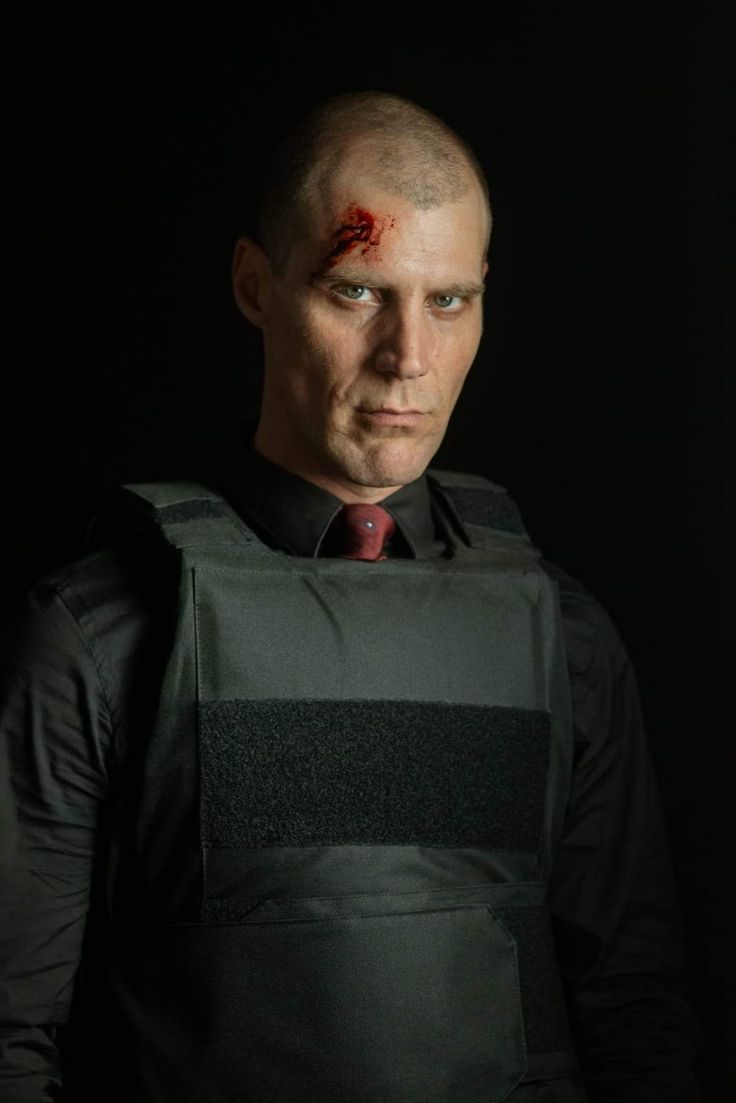 Season 2 begins and they continue The Professor and his crew continue their deed. There are deaths in this season, a whole lot of impulsive decisions made by characters, and the disconnect between the plot and the characters takes place. Things start to go downhill, as The Professor and Raquel stop their cat and mouse chase. Raquel gives in and The Professor and the rest of the crew ride off in the sunset.

The third part of season 2 is when things really start to go downhill. All the families are enjoying their escape, until Europol catches Rio with an intercepted cellphone. It had to be Rio. The gang gets back together because they obviously broke The Professor’s sacred rules, in order to help Rio. However, this forces the gang to recruit three new members in the form of Palermo, Bogota, and Marseille. The Professor and Berlin already planned this new heist in the flashback, only in the name of love.

Part 4 begins with serious consequences from the previous season, and the rise of Gandia begins. Gandia was an officer protecting the bank in the original bank before the start of the first heist.

The reason why this season was frustrating as well as the rest of the show was because there were numerous plotholes. One was where the whole crew was shooting Gandia with machine guns in each of their hands point blank, and Gandia managed to matrix his way out of the situation.

There was also an instant where Helsinky was hanging from the roof of the bank with a rope around his neck, and instead of his team mate shooting the rope, he panicked and had to find a way to the top of the staircase in order to save him. It was little things like that which were really annoying.

The worst thing was how the show ended. The characters went through a whole lot of drama, loss, pain, suffering, only for them to walk away easily. And by easily, I mean the way in which The Professor ‘masterminded’ their escape after he was caught.

The Professor played the card of duplicating the captured gold bars, forcing the Spanish government to let them go. It was absolutely absurd how they got away with most of the surviving members, especially The Professor. With all the horrible things his cult did, they should have seen more tragedy in their lives. If not, then I’m sure the writers could have come up with a better way for The Professor to escape, considering they portrayed him as the smartest man alive. The shame about this series is that, it reached for the sky, touched the clouds, but fell back down and never recovered.