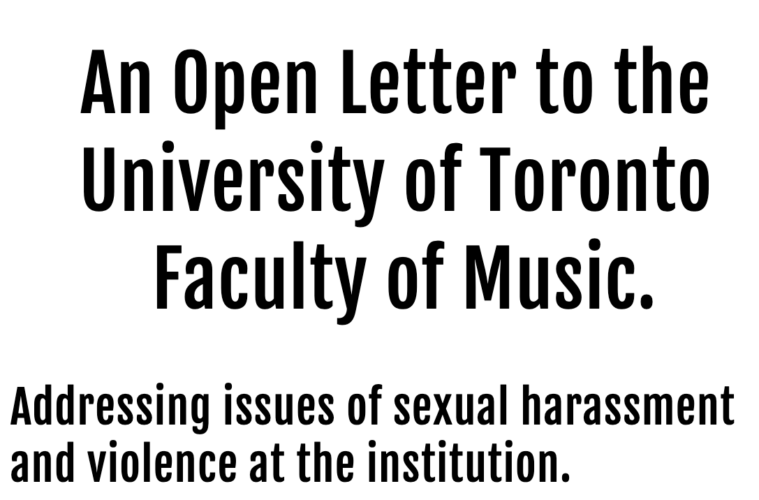 The Toxic Culture Within U of T’s Faculty of Music

Students, faculty, instructors and alumni feel the issues of sexual harassment, racism, discrimination and censorship within the University of Toronto’s Faculty of Music have not been properly addressed by the Univerity. 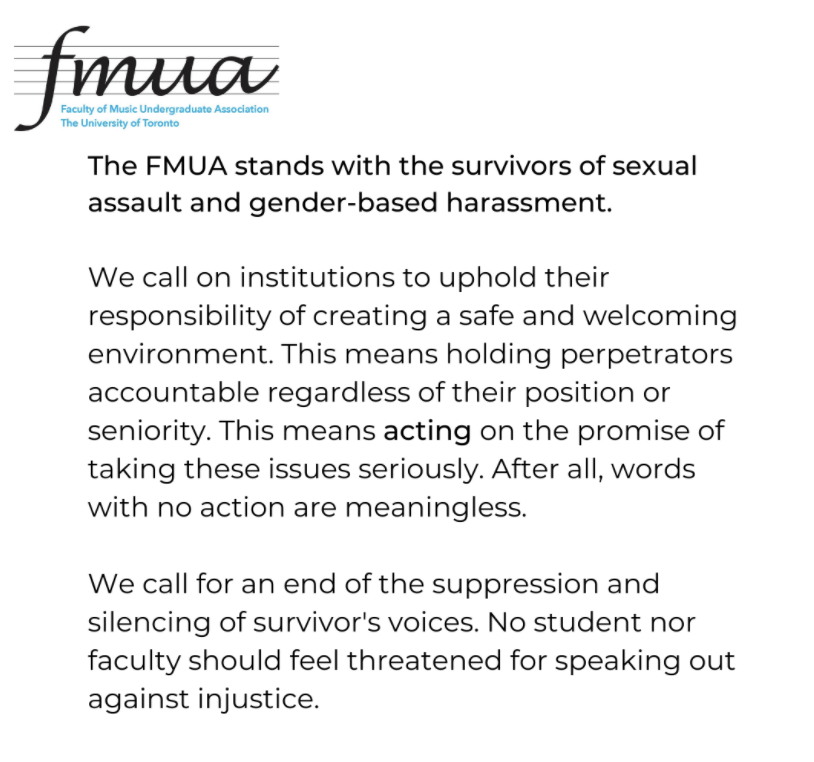 Instructors, students and alumni call for institutional change in an open letter that’s been circulating since May. The open letter outlines issues of sexual harassment, racism, discrimination and censorship within U of T’s Faculty of Music.

The allegations in the open letter go as far back as the 1970s. An anonymous alumnus writes, “When I was a student in the 2000s, it was common knowledge which profs were sexually involved with or inclined toward students—some of whom are still teaching there and/or are associated with the school. 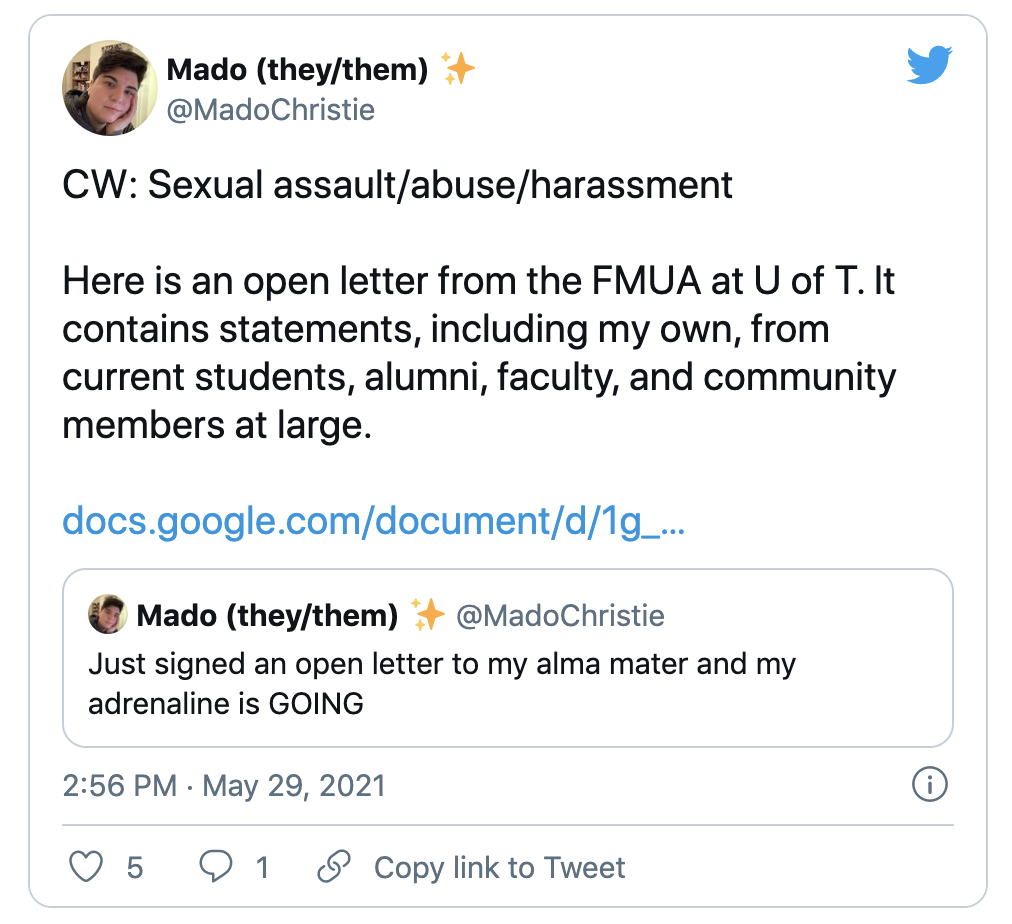 The letter comes as a response to a number of sexual harassment allegations that circulated on social media in the spring. People related to the school describe the school’s environment as one that fosters fear.

An anonymous second-year student shares their experience regarding how the school handles complaints in the open letter. They write, “often, individuals subject to, or witness to, problematic behaviour are discouraged from calling it out immediately, and addressing culprits directly in a public setting, even when discrimination happens publicly. Instead, departments and faculties, when they address discrimination at all, tend to issue vague and general statements that are mostly ineffective.” 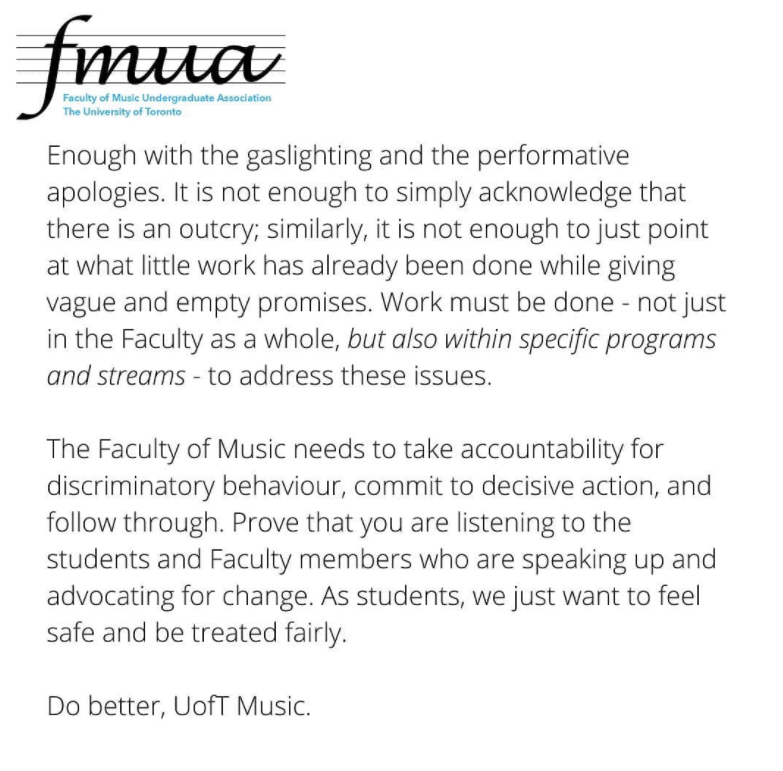 In an article for CBC News on July 12, students, faculty, instructors and alumni accuse the school of turning a blind eye, protecting predators and not adequately responding/addressing students’ complaints. The University has said that they are working with the Faculty of Music to address the issue as well as, the Sexual Violence Prevention and Support Centre and the university’s Anti-Racism and Cultural Diversity Office.

The stories of sexual harassment and assault shared within the open letter are heart wrenching. The allegations are against both staff and students and point to a systemic and endemic problem. Many students express not coming forward in the past out of fear of reprisal from predators, fear for their safety and for fear of “burning bridges” or condemning their careers.

The letter calls for action, specifically the following;