Powerful feudal house Atreides is given a deserted planet as a trap in this epic sci-fi about greed, colonialism, politics and the dangers and power of religion.

In the most anticipated film of the year, director Denis Villeneuve brings to life the first half of the classic Frank Herbert’s novel, creating something that is both an action blockbuster and an arthouse movie. Timothée Chalamet, Zendaya, Oscar Isaac, Stellan Skarsgard, Jason Momoa, Rebecca Ferguson, Josh Brolin and Javier Bardem star in the film.

It’s the year 10191. On the dry desert of Arrakis, the Fremen, the local inhabitants, watch as cruel colonizers, the Harkonnen, brutally destroy their planet. Though seemingly harsh and hostile, Arrakis is home of the precious ‘spice,’ a substance needed for space travel and therefore incredibly valuable. As the Harkonnen army withdraws from the planet on the emperor’s order in the opening scene, one of the Fremen (Zendaya) wonders, ‘Who will our next oppressor be?’

House Atreides comes into play. Led by Duke Leto (Oscar Isaac), his concubine Lady Jessica (Rebecca Ferguson) and their teenage son Paul (Timothée Chalamet), the Atreides prepare to move to Arrakis, with the plan of continuing the spice harvesting while also attempting a benevolent relationship with the planet’s native people. But the Harkonnen do not forgive and it quickly becomes clear that even the emperor, jealous of the growing influence of the Atreides, didn’t mean to give them Arrakis as a gift. With their house under attack, Paul and his mother will have to survive in a desert populated by giant sandworms and seek the Fremen’s help. 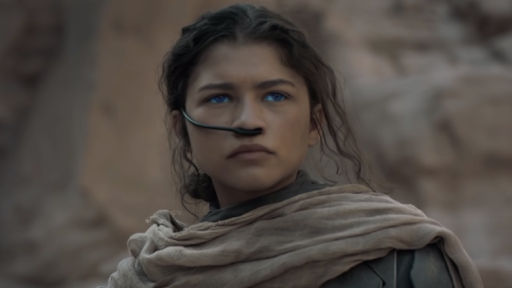 Through Villeneuve’s eyes, Dune combines exciting action sequences with dreamy scenes filled with striking imagery. The spice glitters around the characters, filling the air with magic, spaceships are shaped like dragonflies, warriors wear shimmering shields around them as they fight, which turn purple when they’re wounded. It’s a film with many layers – political intrigue, family relations, colonialism, the dangers of religion – that has a contemporary resonance too. When Paul’s family arrives on Arrakis, the local women are in hijabs and for a moment the Atreides look like any other Western colonizer, trying to settle down in a foreign land.

The most compelling story arc is probably Lady Jessica’s, as she fights to keep power in a male-dominated society. Part of a secret matriarchal sect, Jessica has inherited mystical powers that is trying to pass on to her son. Her teaching has a higher purpose too: she wants Paul to acquire more power by convincing people throughout the Dune universe that he is a prophet. Her role as both skilled fighter and scheming politician makes the movie richer in terms of gender dynamics – and, though Zendaya’s role is still small in this first instalment, Villeneuve has anticipated that he plans her to take centre stage in the second film.

Dune can sometimes be too complicated, trying to pack too many concepts and storylines in a 2-hour movie, and yet it is a hypnotic and exciting film that delivers a clear message on Western colonisation and exploitation of resources, with stunning visuals and a powerful score. 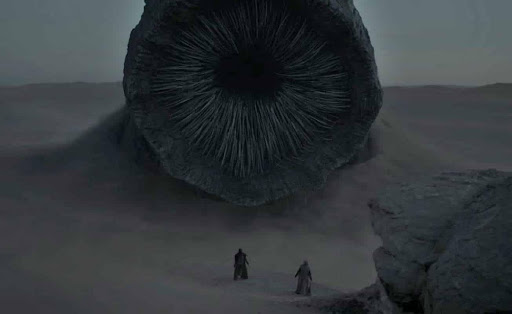