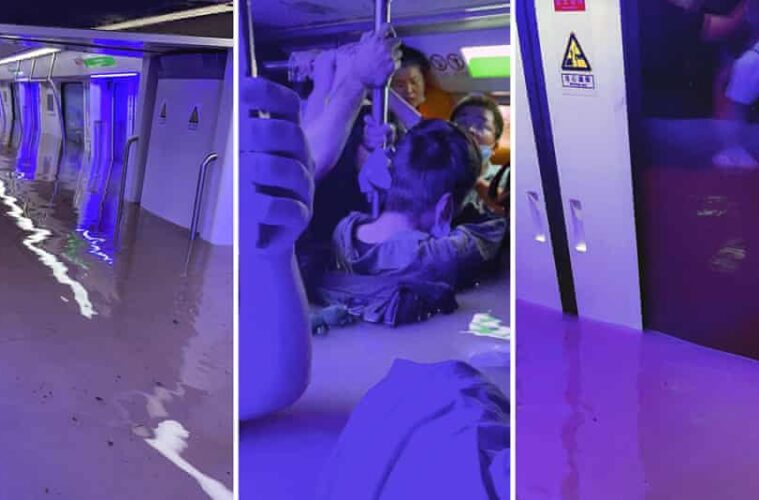 25 Dead in China as Floods Continue

At least 25 people have died in record floods in the central Chinese province of Henan. Floodwaters have overwhelmed the provincial capital of Zhengzhou, forcing about 100,000 people to evacuate. Weather forecasters have called this the highest rainfall in the region since record-keeping began 60 years ago. 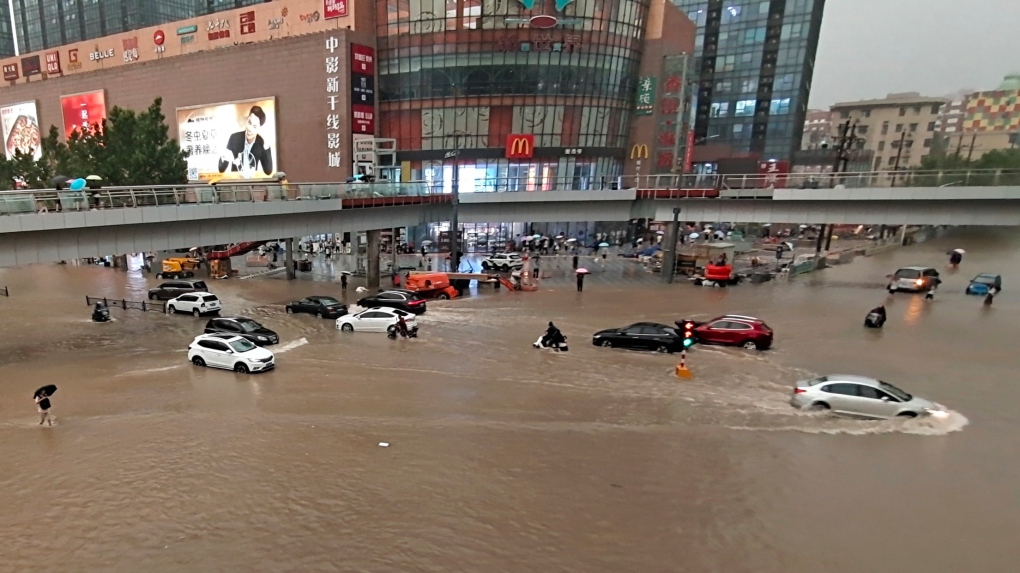 The torrential rain began over the weekend, with the lives of millions of people across Henan being impacted by the rapid rise of rivers across the Yellow River basin. Zhengzhou saw 617.1 millimetres (24.3 inches) of rain over the course of just 3 days, when the city’s average annual rainfall is 640.8 mm (25.2 inches).

Local officials have said that there have been many dams and reservoirs breached danger levels, including a 20-metre breach in the Yihetan dam Luoyang, a city to the west of Zhengzhou. Sensing the dam could collapse “ at any time,” military forces were sent to carry out an emergency response including blasting the dam to divert the deluge.

While the Guojiazui reservoir in Zhengzhou has been breached, there has yet to be a dam failure.

Located roughly 700 km southwest of Beijing, Zhengzhou is a logistical hub for the region, with several trains across the province being halted by the torrential rain. Highways have been closed and local transit services have been shuttered as well, trapping many in their offices or apartments. Some school children have been trapped inside their kindergartens since Tuesday.

Twelve of the deaths occurred as the Zhengzhou subway line flooded with many passengers being trapped inside. Videos on social media showed passengers inside the subway carriage, standing in chest-high waters. Other subway stations were reduced to pools of muddy brown water as they filled with rain. After the incident, the city’s subway system halted all service of its 7 lines and 153 stations.

Other services have also faced severe setbacks, with the First Affiliated Hospital of Zhengzhou losing all power on Wednesday. The hospital, which holds over 7,000 beds, struggled to transfer 600 critically ill patients.

More than 6,000 firefighters will be joining the police and Chinese military in search and rescue operations across the hardest hit areas of Henan, with streets and buildings underwater in a dozen cities across the province. The forecast still holds three more days of rain to come as of Wednesday’s estimates. While some flooding is to be expected in the Chinese rainy season, this record-breaking downpour is part of a worsening trend of floods over the past few decades, with many connecting it to a widespread increase in the construction of dams and levees.