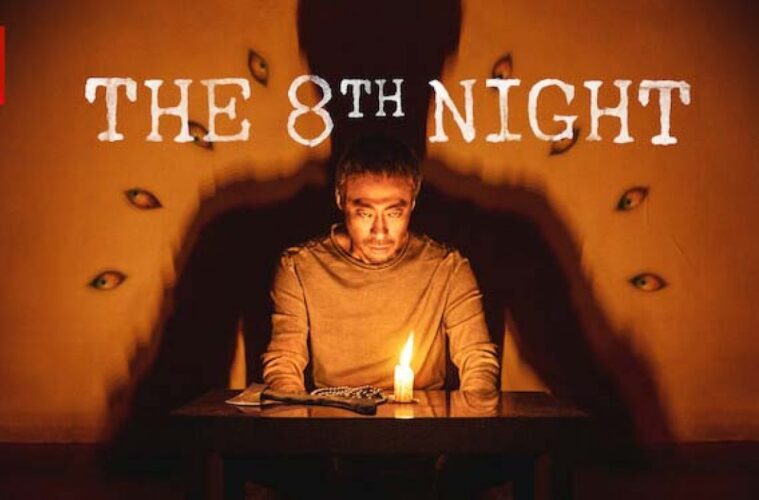 Director Kim Tae-hyoung’s mythic and mysterious supernatural thriller is a curious and satisfying tale that’s got more going on than it immediately lets on. Despite a rocky beginning that’s laden with exposition, and a couple of questionable performance choices, the piece’s pacing and tone keep the audience engaged while the script keeps them guessing right until the end. 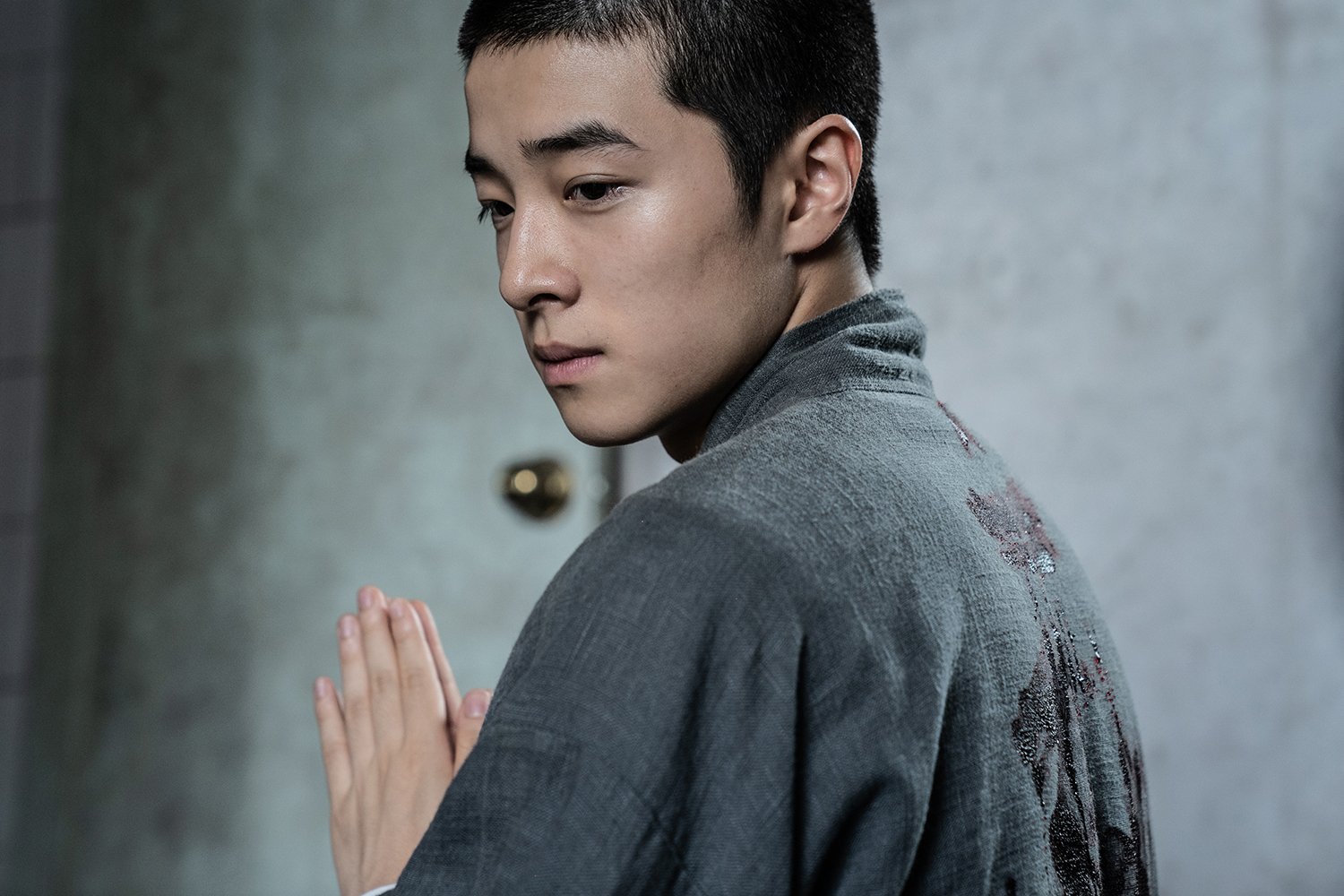 A millennia-old myth about powerful, malevolent eye-shaped entities leads to a series of unusually grotesque deaths after the Red Eye is reawakened and released from the ancient casket locking it away. The legend says that when one Eye awakens, it will pass across 7 “stepping stones,” or human hosts, until it reaches the other Eye and the gates to hell open. When the old monk guarding the Black Eye’s casket learns of the Red Eye’s awakening, he sends a younger monk, Cheong-seok, to find a former exorcist named Jin-soo who could defeat the beasts. Jin-soo used to be a monk but left the order after tragedy struck, but has been troubled by nightmares ever since. When Cheong-seok finds him and tells him of the Red Eye’s awakening, Jin-soo knows what he must do to stop the monster. As the Red Eye moves from host to host, leaving a trail of dead in its wake, the unlikely duo of Cheong-seok and Jin-soo try to find a way to stop the monster while encountering local law enforcement, a strange shaman, and connections to Jin-soo’s past along the way.

The 8th Night gets off to a rocky start, but the pace picks up when the action starts.  The first twenty minutes of the story jumps around from different time periods to different characters, all setting up different and seemingly unconnected story elements, as well as explaining the lore of the two mythical Eyes. Bogged down by exposition, the story finally gets moving when the Red Eye claims its first victim, the first of the seven stepping stones. As the title suggests, the film is broken down into 8 days and nights, one for each of the Eye’s victims, with the climax occurring on the 8th night. These chapters help the pacing, as days fly by adding to the feeling of helplessness against the monster’s progression, but those key moments get dragged out longer towards the climax. 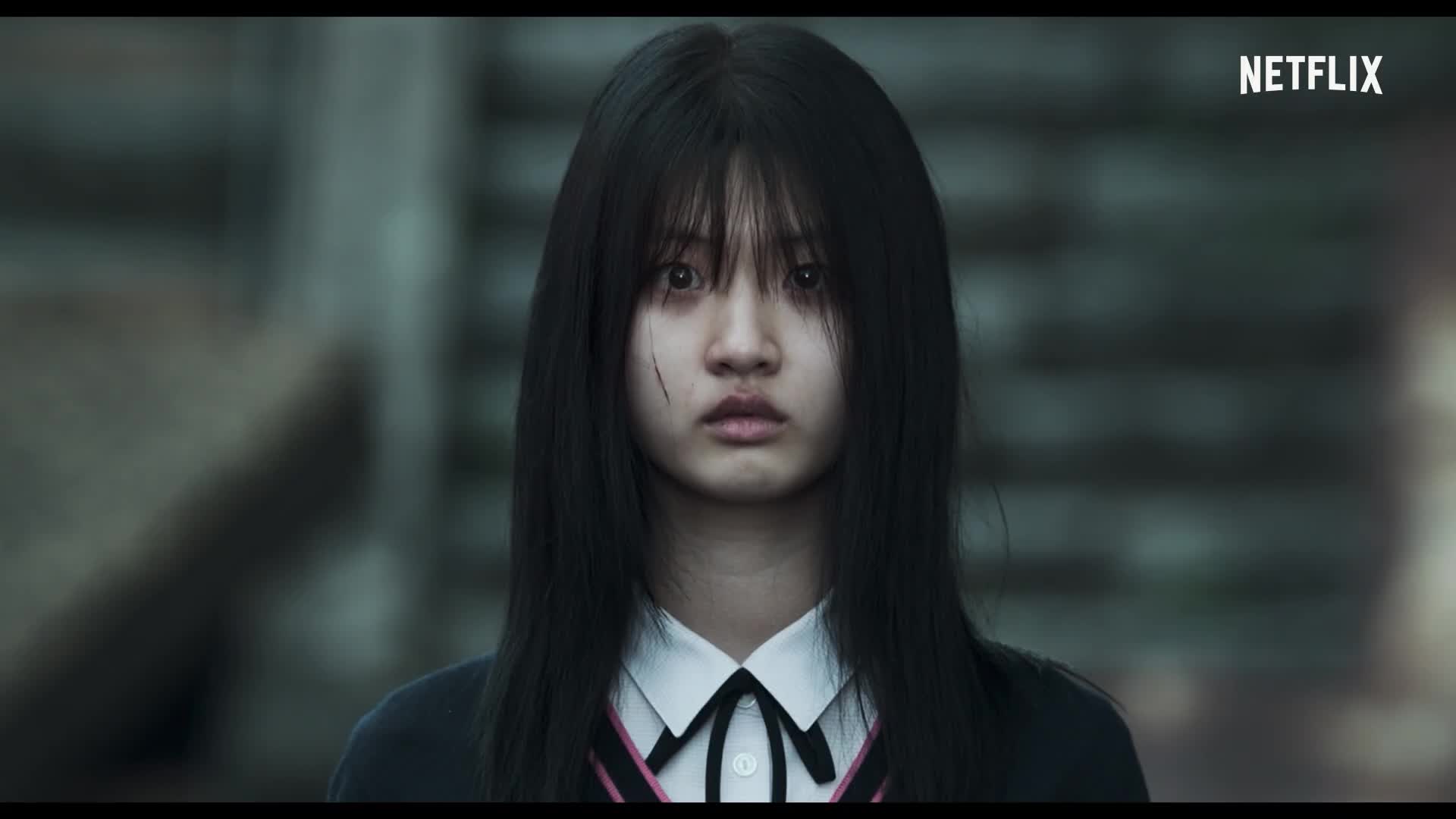 While The 8th Night has been described as a horror movie, the film eschews the jump scares, suspense, and visceral attacks from the monster that are more traditional to the horror genre. Though many of the deaths in the movie are left offscreen, the frightful nature of the hosts while they’re possessed by the Red Eye, and the eerie atmosphere that follows in the monster’s wake are enough to keep you on edge. Much of the film favors tension for suspense, however, and the focus is less on the horror of the monster and more on the two main characters, Cheong-seok and Jin-soo.

Their dynamic is peculiar, as Jin-soo is a deeply jaded and broken man, whereas Cheong-seok is fresh-faced and aloof, having spent most of his life living at the monastery, only now coming to the city. Nam Da-reum’s performance as Cheong-seok does leave more to be desired in some places, and there are a few character choices in the script that raise a brow (Cheong-seok accidentally forgetting his two-year vow of silence after Jin-soo buys him new shoes, for example). But these are momentary blips to the audience’s suspension of disbelief, and viewers will soon enough find themselves drawn back in. Those momentary instances of interactions feeling stilted, or characters making choices that don’t make sense, are The 8th Night at its worst. At its best, The 8th Night is intriguing and engaging, scary, dramatic, and thrilling.