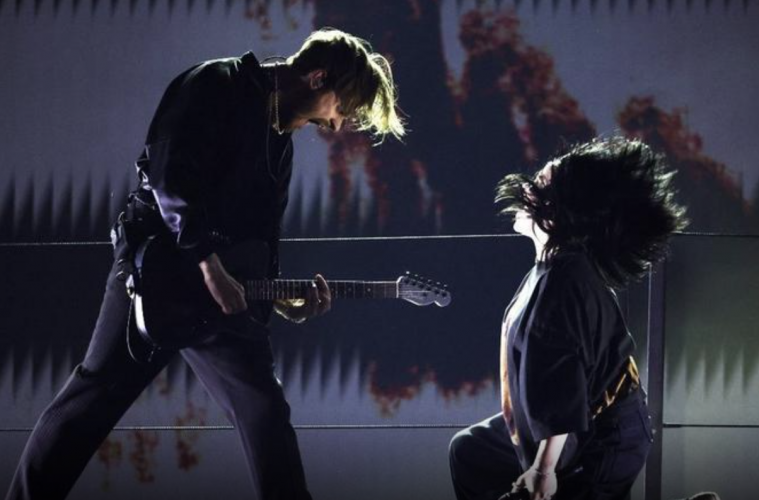 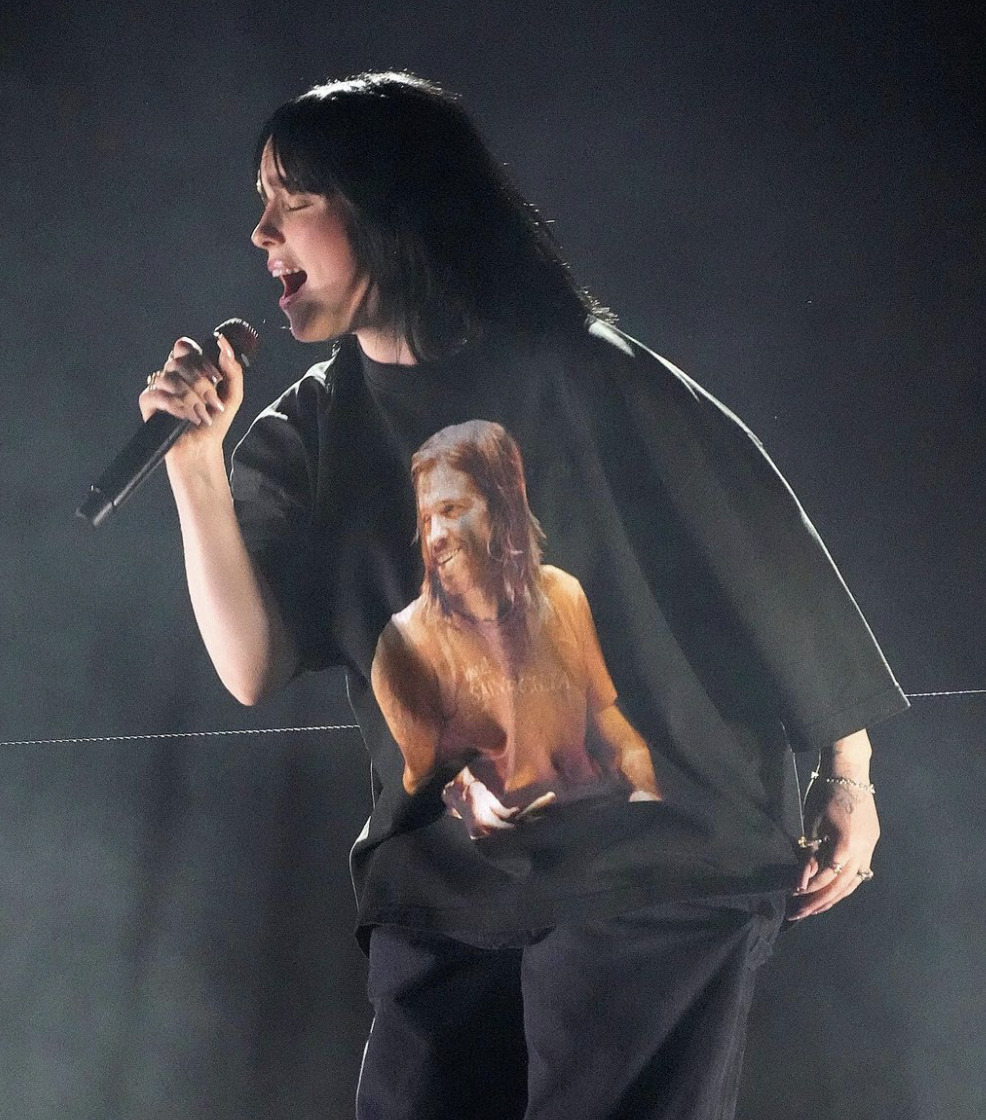 Taking to the stage to perform her hit song “Happier Than Ever” wearing a custom oversized t-shirt by Willy Chavarria. The front of the t-shirt had a picture of Taylor Hawkins’ face and the back had his name in capital letters.

The Foo Fighters were scheduled to perform at the Grammys but announced on Thursday that they would not move forward with the performance.

Hawkins died in Bogotá, Colombia, on March 25 after complaining of chest pains at his hotel. A preliminary tox-screen test found 10 different substances in his body, including THC, tricyclic antidepressants, benzodiazepines and opioids, according to the Attorney General’s Office of Colombia. An investigation into the cause of death is still ongoing.

Also paying tribute to the beloved drummer was Grammys host Trevor Noah, who noted that the Foos were meant to be playing the show prior to pulling all their upcoming performances in the wake of Hawkins’ death.

“This was the moment in the show when I was supposed to be introducing the Foo Fighters,” Noah said during the ceremony. “We would have been celebrating with them as they won three grammy awards earlier today”.

“But they are, of course, not here due to the passing of their legendary drummer Taylor Hawkins. Our thoughts go out to Taylor’s family, his friends, the Foo Fighter family and all of their fans around the world. We’d like to take a moment now to remember Taylor.” 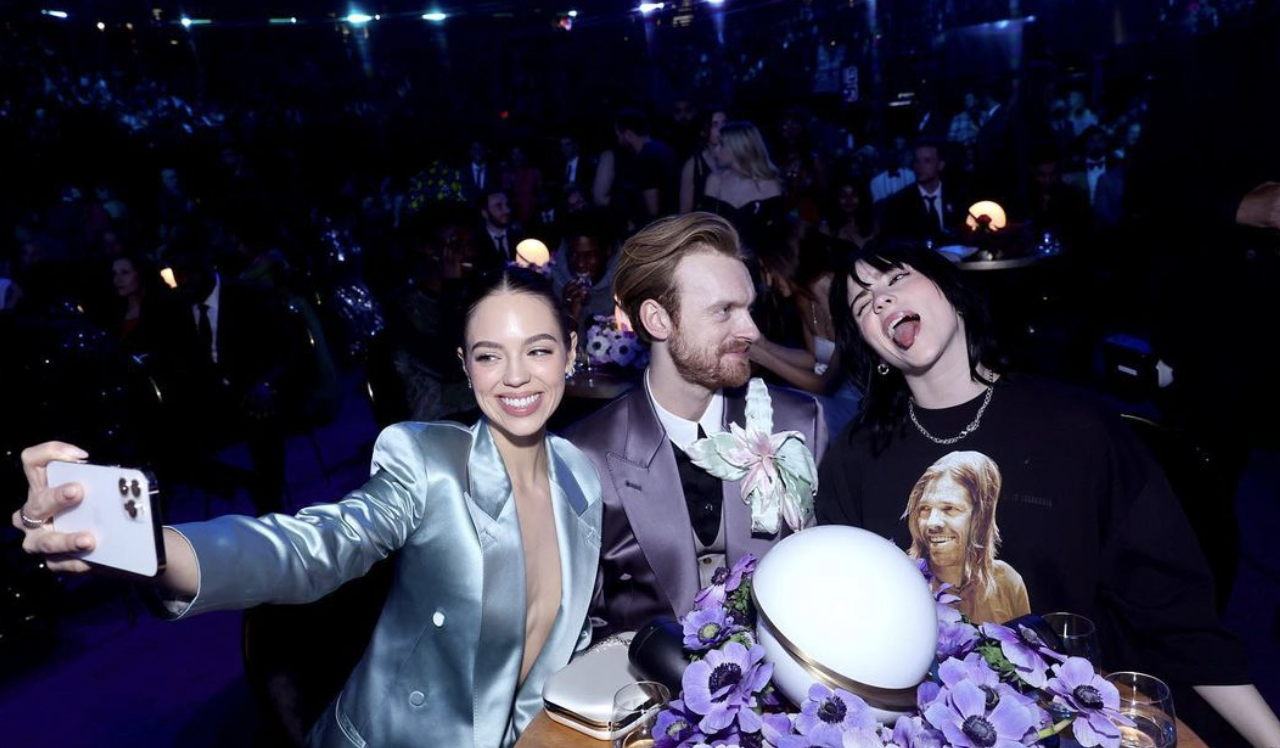 Eilish had changed out of her red-carpet look from earlier in the evening, which included an oversized cape jacket and floor-length dress with a front slit that showed off a hint of her legs, plus chunky, rubber-soled black boots and sleek retro sunglasses. She continued to wear her shirt paying tribute to Hawkins for the remainder of the award ceremony.

At the Oscars, Eilish commented on Hawkins’ death stating it is “incredibly heartbreaking.”

“It was right before we went on stage [in Seattle, Washington],” she said of finding out about his passing. “And we got the news, and it really, really tore us all apart. It’s horribly, horribly tragic.”

“Taylor was such a legendary player. We were admirers of his work years before we got to meet him,” her brother Finneas said. “And we only met him a handful of times…. I wish we got to spend more time with him, but he couldn’t have been a kinder, cooler, more generous person as well. And such a deeply inspiring person. We’re just heartbroken.”

Billie as always has a spectacular performance with brother Finneas – but was made even more special with the honouring of Taylor Hawkins.
Published by HOLR Magazine.