‘Black Dove’ Speaks To Us About Love, Growth And Freedom: See What Amaal Had To Say Since The Release Of Her Debut EP.

I had the pleasure of chatting with singer/songwriter Amaal Nuux about her recently released EP titled ‘Black Dove’. Within our conversation Amaal revealed a lot about who she is, what her journey has looked like so far and what she hopes to achieve in the music industry. I strongly believe that we will be seeing a lot more of the Somalian star on the rise, as she spreads messages about empowering women, overcoming societal influences and expressing love freely.

Do you live in Toronto?

A: Yes I’ve lived here almost all of my life actually but I was born Somalian and I came here when I was a little girl.

Are any of your siblings making music as well; or are a part of the industry in any way?

A: If we had music in our home I believe more of them would be able to because I would always catch them singing to themselves and they sound great, but absolutely nobody does any form of music.

How long have you been working on the EP?

A: To be honest, I had another EP ready to go last summer. I was so confident about it and ready to release it, but I had a good friend listen to it and he took that moment to challenge me. He said, “you know what Amaal, I’ve heard this from you before with this style of music and it’s sort of a message I’ve heard before so why aren’t you talking more about yourself…?” And I was like “damn, you’re right.” After that I had to take a step back and reevaluate and look into myself because I knew I definitely wasn’t owning the things I was going through and I wasn’t sharing it in a way that was empowering. Once I worked through that I started working on this EP and that’s what it’s about: all those little details I wanted to keep private is now out there for the whole world to hear. It’s really a good feeling and it kind of got me on this momentum now where I want to see more of that. 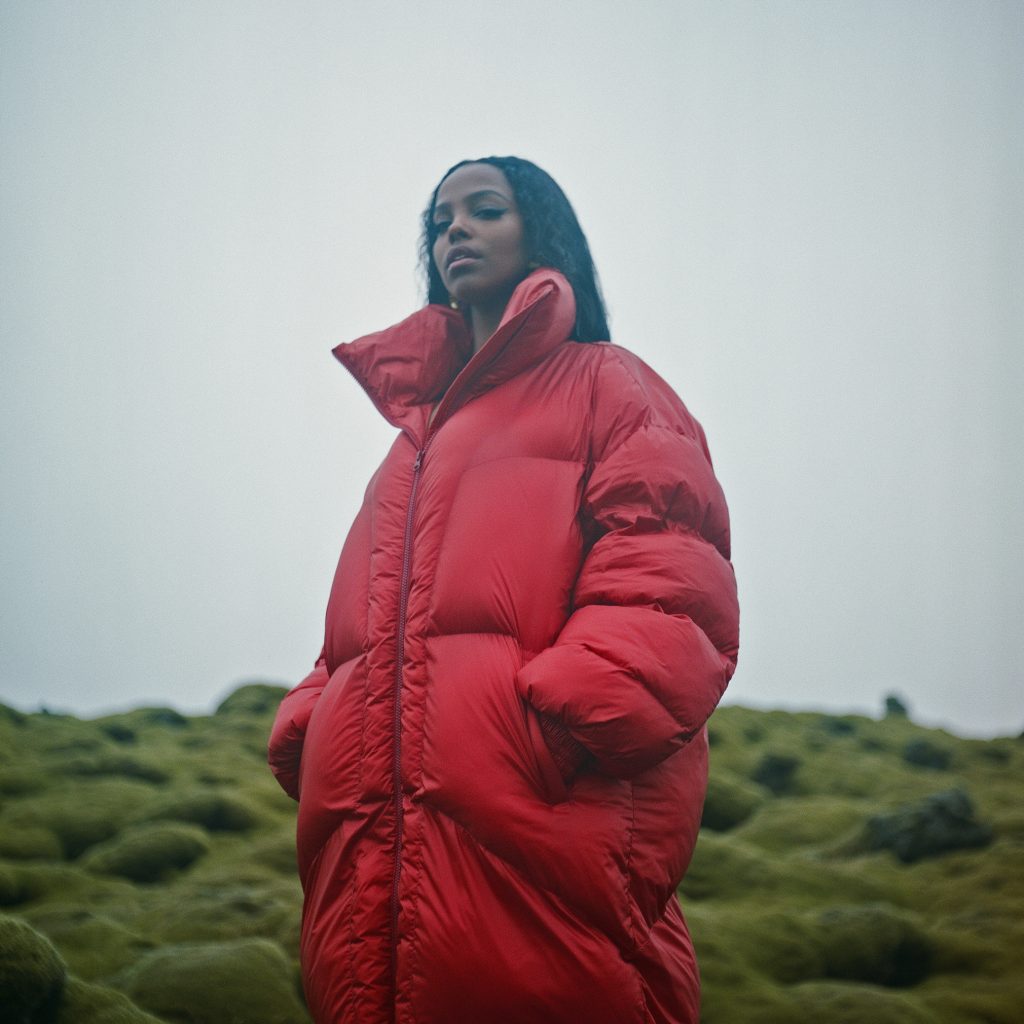 I listened to the EP and there are so many great songs on there but one song that really stood out to me was ‘Scream’. Can you tell me a bit about the story behind that song?

A: I’ve always had an underlying form of activism in my music so with that one I wanted to be a bit more sensual and talk about something more personal and still keep it a proud moment. The song is really about being in love with somebody that the world and society doesn’t understand because It’s from a different race, sex and religion. It’s just two people who are complete opposites in love even when the world is against it and things seem so complicated. It’s sad that love has restrictions when it shouldn’t and it’s just about being with that person and celebrating your love and making it a protest.

Was the title of your original EP the same as this one?

A: It was a different name and I love the name actually; it was ‘Desert Flower’ but a lot of the topics on that project was stories I had already told before. I have a song called ‘Mufasa’ and ‘Who Are We’ and the narrative was about coming into this country as a refugee. Those were sort of the things I was writing about, and it was just getting redundant. So when I changed it, I felt like I had to change the name as well because I felt free

The title ‘Black Dove’ is very poetic and symbolic, what does it mean to you personally?

A: It’s something I want people to interpret in their own way. For myself, however,  a lot of the times as an artist I censor myself and I wasn’t fully going past that boundary created by society and the culture I was raised in. I sensed this lack of growth within myself due to fear, and I wanted to remain complacent. Once I realized I had to honour myself, my beliefs, and my thoughts, I felt a sense of power and freedom. I’m a black woman and society has presented so many obstacles that we have to go through, but we’re living in a time where our voices are being heard and recognized. There are so many powerful women that are trail blazing. We’re owning ourselves fully and recognizing that we’re more than enough. That’s what ‘Black Dove’ really is to me. We’re no longer are letting society dictate what we should be and what being a woman is all about; we are defining it for ourselves. It just feels so natural to me and I literally told my manager this is it! No ifs, ands or maybes. I’m 100% sold.

I’ve read a little bit of your father who you described as poetic, how much has he influenced your music?

A: That man is the driving force of our entire family. Somali is actually in itself an extremely poetic language. We’re called the land of poets, and a lot of Somali diaspora end up naturally gravitating toward expressing themselves in that way, because of turmoil that has happened in our country. A lot of people experience this kind of intergenerational trauma, and we use it as an outlet to be able to express ourselves. My entire childhood was filled with metaphors and preaching. A lot of the time I was lost, but now it’s funny how I can apply that to different stages of my life. I’ll always carry those beautiful sentiments with me. 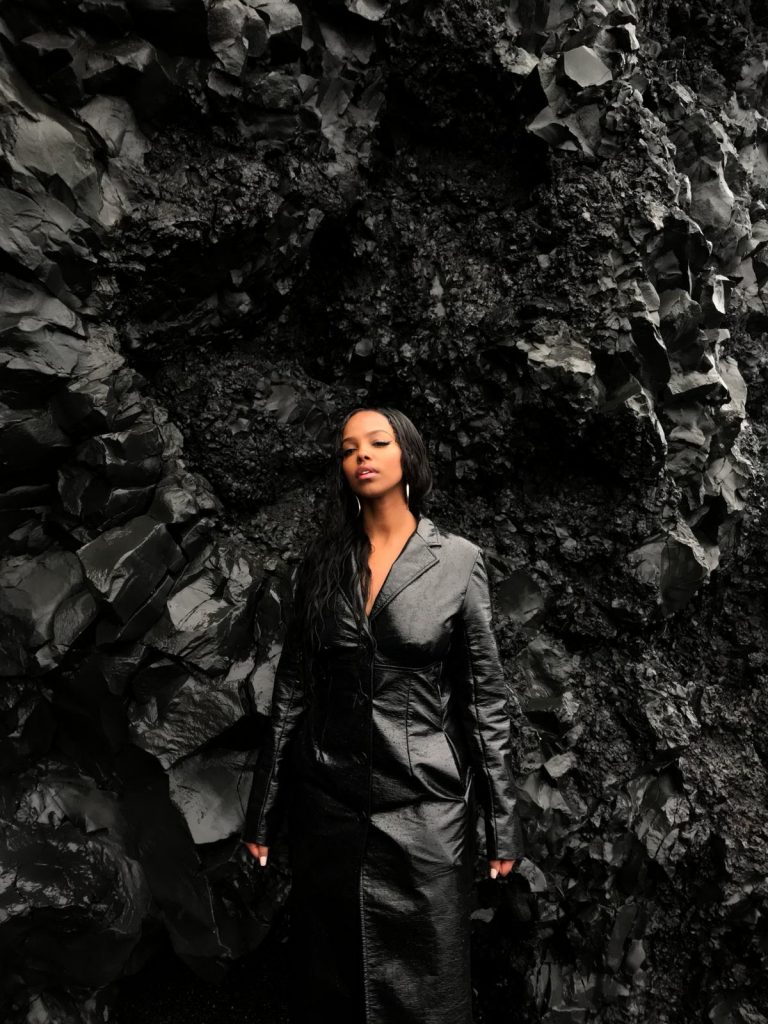 How do you position yourself to be able to continue overcoming challenges and grabbing the right opportunities while making the most of the music industry and what it is has to offer?

A: I think all women have this strong sense of intuition and it’s a really good guide if you tap into it. I wasn’t fully tapped in before, but through this journey, I’ve become more aware of it and I have a stronger  sense of being able to foresee where I want to go. My intuition is sort of the compass that’s leading the way. At this chapter in my life, I want to continue growing and talking more about the issues I’ve faced and relationships I’ve been in. I want to be able to learn more, and be able to expand my musical knowledge to incorporate sounds that I would’ve never done before. I’m aiming to reinvent as much as I can and still remain authentic where it aligns with me just to be able to do really great music but still live a healthy life. I’m finally in a place where I‘m able to have a team that feels like a partnership, I never had that before. I’ve had a very long, lonely journey that was really depressing a lot of the times because I felt like I was doing it all on my own. Now, I have this amazing group of people who see my vision and who are trucking along with me, wanting to see it come to fruition.

I understand community means a lot to you and you actually took a trip to Africa where you were able to give back; what was that like for you?

A: I was doing a lot of work there doing community workshops and I saw what music was really about. People sing for rainfall, for the crops to grow, for marriage, blessings and I would sing with them and just be in their presence and I thought this is the space and energy I have to exude when i’m making music.

A: I’ve been able to become more honest and authentic in my music, so I actually feel like there’s so much more that’s oozing out of me that I need to get out. So I’m hoping to start working on a new project and I already have songs in the bank. I think within the next six months I want to approach the next phase with the same type of mindset and space that i’m in.

For more music, lifestyle, and culture — follow us @HOLRMagazine.