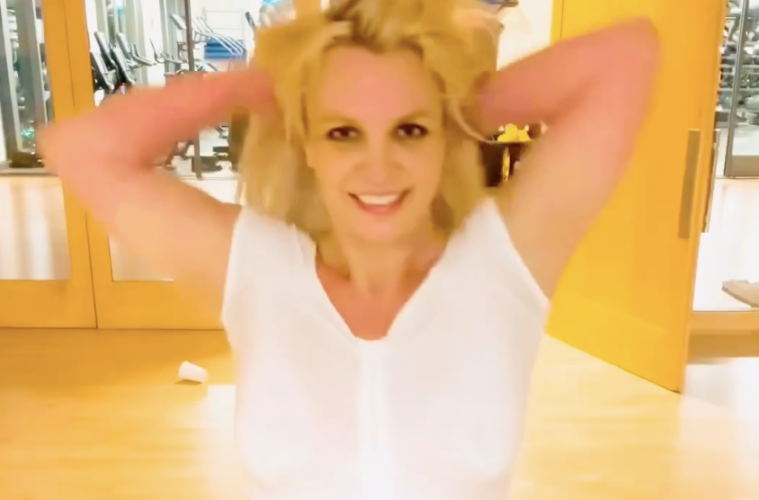 Britney Spears just posted a new Instagram video clapping back at the haters who seem to think “she’s CRAY CRAY.”

Britney Spears is clapping back at people who think “she’s CRAY CRAY” with a new video just posted to her Instagram account.

Check it out here. 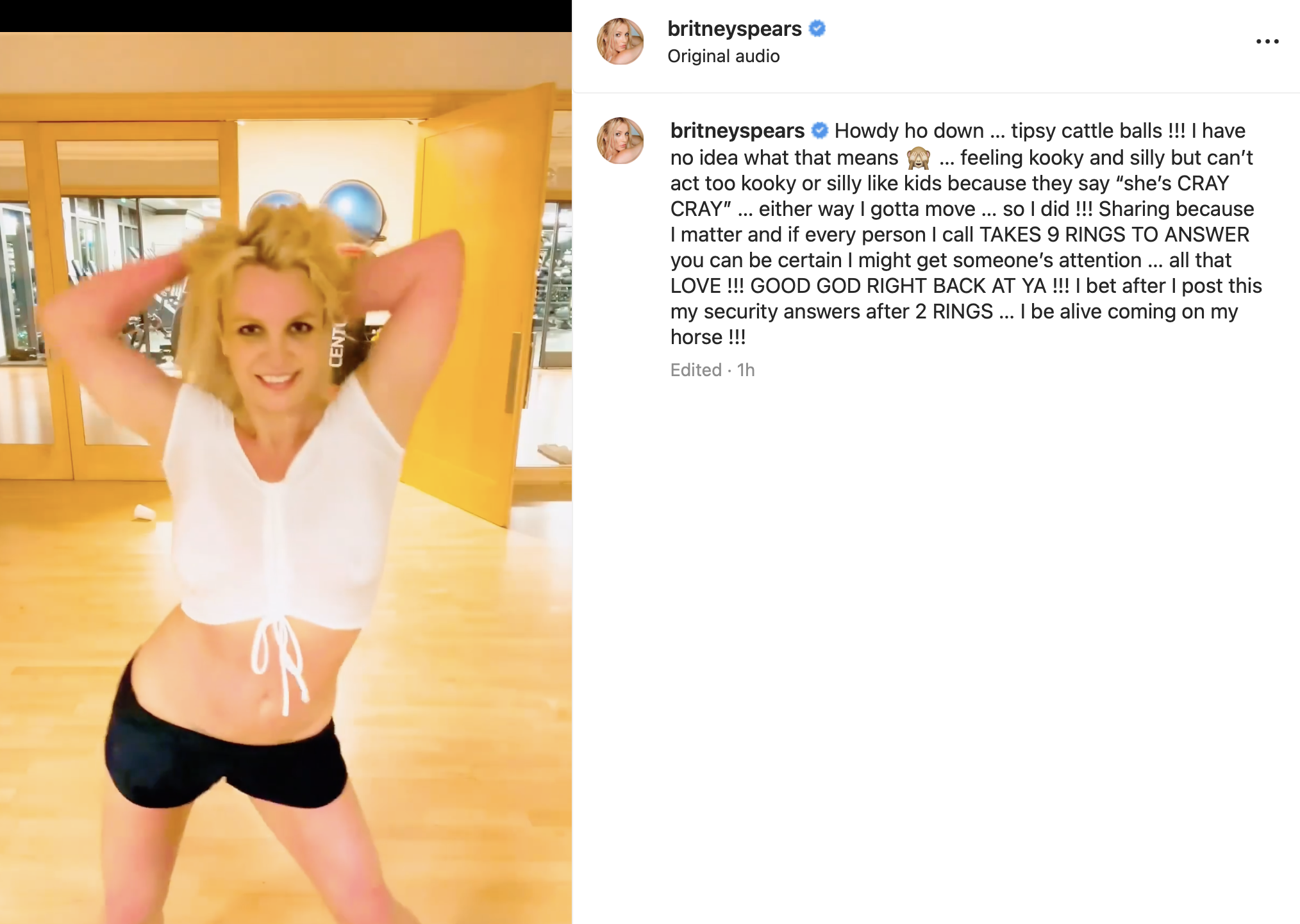 The video shows Spears dancing and spinning in a gym to different songs. The pop star also dons different outfits in the video clips, which leads HOLR to believe that these clips might be from different days. The video also pans to the star drinking out of a white cup at one point.

She accompanied the video with the below caption:

Howdy ho down … tipsy cattle balls !!! I have no idea what that means 🙈 … feeling kooky and silly but can’t act too kooky or silly like kids because they say “she’s CRAY CRAY” … either way I gotta move … so I did !!! Sharing because I matter and if every person I call TAKES 9 RINGS TO ANSWER you can be certain I might get someone’s attention … all that LOVE !!! GOOD GOD RIGHT BACK AT YA !!! I bet after I post this my security answers after 2 RINGS … I be alive coming on my horse !!!

It sounds like Spears is clapping back at everyone who seemingly criticizes her behavior. In the caption, she states that she’s “feeling kooky and silly but can’t act too kooky or silly like kids because they say ‘she’s CRAY CRAY.'” Spears also mentions that she is “sharing because I matter” and “if every person I call TAKES 9 RINGS TO ANSWER you can be certain I might get someone’s attention.”

Although the in-feed video was posted only an hour ago, Spears seems to have edited the caption already to read as the above.

It looks as if Spears just wants her fanbase to see her quirky, fun side with these Instagram videos. Fans and fan pages have grown concerned over Spears’ behavior these past few months but the popstar is seemingly stating that she’s just “feeling kooky and silly.” Ever since her conservatorship ended, Spears has been posting more of her own content on social media- much of which includes dancing videos.

What do you think about Spears’ new video? Is her behavior still cause for concern or does Britney just wanna have fun?

What do you think of Britney Spears’s latest posts?