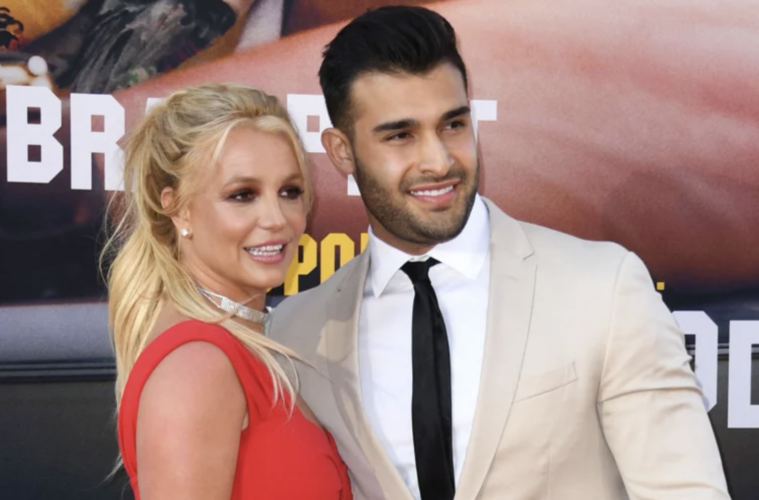 Sam Asghari is commenting on a recent video of Britney Spears that went viral of the star supposedly acting strange at a restaurant.

Sam Asghari is speaking out after a video of his wife, Birtney Spears, went viral of her having what looked like to be a breakdown at a restaurant.

According to this article, Asghari is shutting down reports of Spears having a meltdown at Joey restaurant. Asghari took to his Instagram page to defend Spears and post a story with text that read:  “Don’t believe what you read online people.”

TMZ broke the news when describing how Spears allegedly “caused a scene” at Joey in Woodland Hills, Calif., while out with her husband, Asghari, this past weekend. The outlet also posted the video of the pop star from an eyewitness who recorded a video of Spears shielding her face with a menu. Original claims that Spears was “talking gibberish” and Asghari having reportedly stormed out could not be seen in the video.

As mentioned here, a manager from Joey reportedly told Page Six that “they could not “disclose any information” about the couple’s recent visit. However, an employee has come out to exclusively tell the publication that “The disruptor wasn’t Britney — it was the diner who taunted her by taking a video without consent.”

According to a new article just posted by TMZ, a video shows Asghari talking to the paparazzi on Sunday about the situation. Asghari starts by saying, “People get a little too excited when they see my wife, everybody’s filming.” He then goes on to say, “Fame comes with the territory and I went to get the car to get the hell out of there and people just thought I left but that didn’t happen.” When the pap asked if Spears gets frustrated because everywhere she goes someone has a camera Asghari replied “It’s frustrating. Absolutely frustrating.”

What do you think about Asghari coming out to defend Spears?