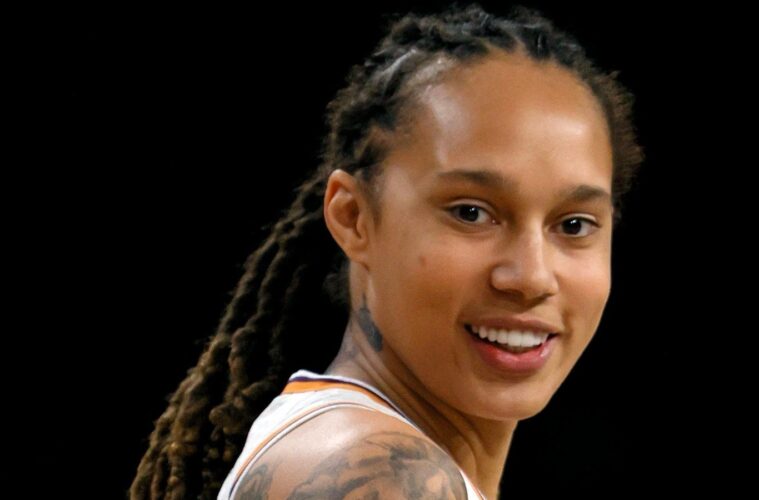 Brittney Griner was back on the basketball court on Sunday. The 32-year-old WNBA player was seen making dunks while practicing. 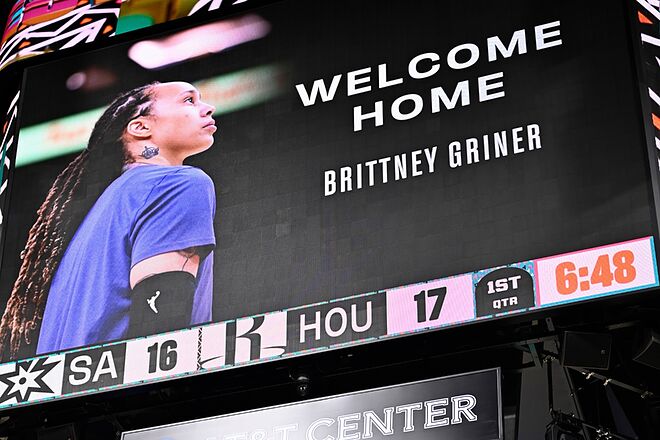 Griner made her first appearance on the court after an 18-hour flight. She landed in San Antonio, Texas after her release from Russia. She arrived back on American soil after being held in a Russian prison for almost 10 months. Griner, a two-time Gold Olympic medalist who plays center for the Phoenix Mercury women’s national basketball team, seemed to be in good spirits while shooting hoops yesterday.

Brittney Griner has not publicly made a statement as of yet about her release or her conditions while she was imprisoned. However, her agent Lindsay Kagawa Colas, stated to reporters on Sunday – “If she wants to play, it will be for her to share. She has the holidays to rest and decide what’s next without any pressure.” Colas added, “She (Griner) seems to have endured this in pretty incredible ways.”

Brittney Griner made international headlines last February when she was arrested at Moscow’s international airport on charges of transporting an illegal substance into the country. 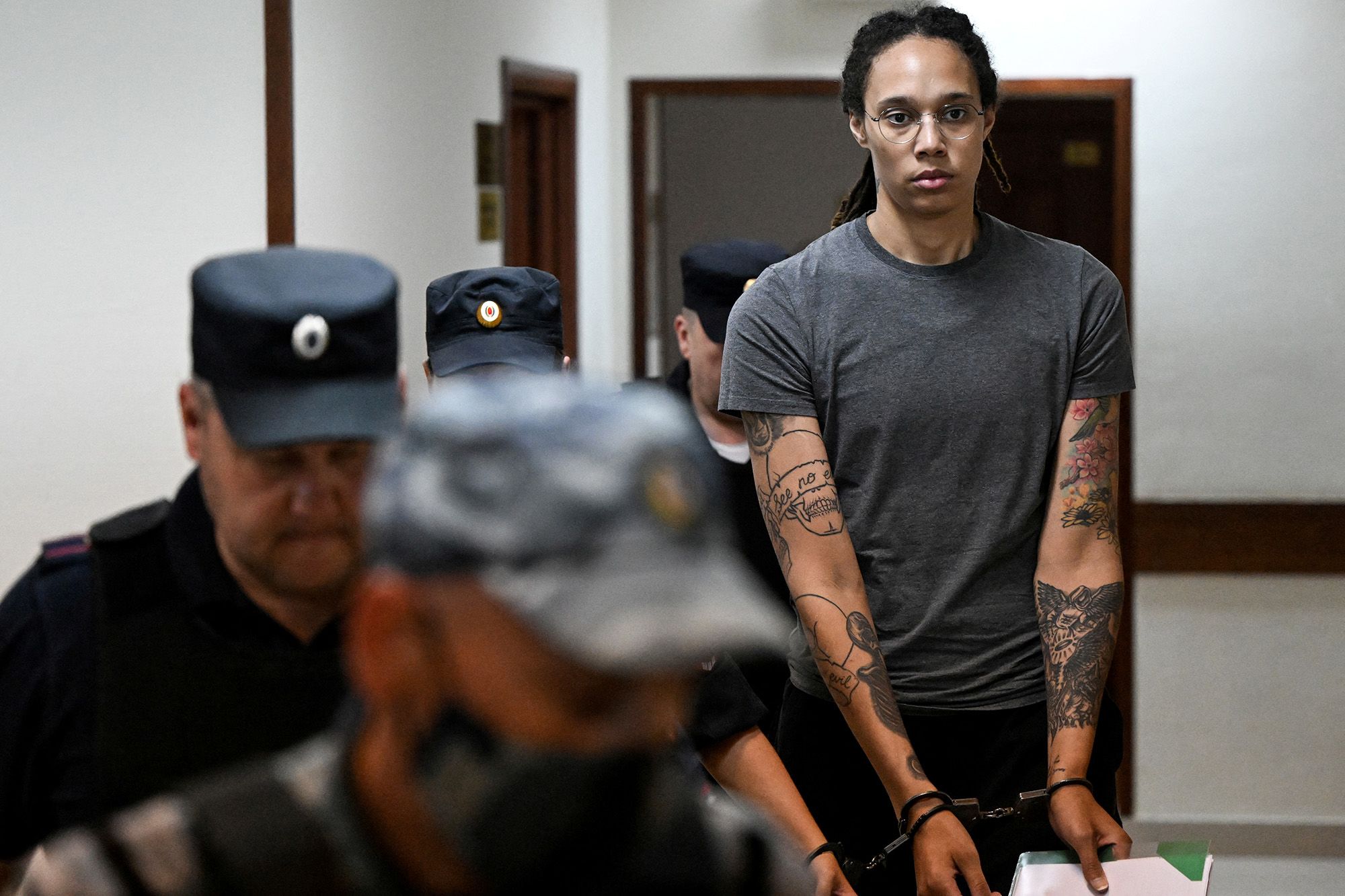 Griner had Cannabis Oil in her possession at the time of her arrest. Griner was in Russia earlier this year, to play during the WNBA off-season, as she and many other WNBA players have done so many times. However, this time would have a different outcome and she would not return home.

The 6”9 professional basketball player was coincidentally detained during the height of the Russian-Ukraine war. The US declared that Griner was “wrongfully detained” and arrested. Russia was accused of making a ‘motivated political play’ – a move made by the Russian government to fuel a trade.

Negotiations between Russia and the US went on for months. The White House said that Griner’s charge and detainment by the Russian Police didn’t justify having the small quantity of Cannabis in her possession. The US therefore deemed her arrest a “wrongful detainment” and demanded Griner be returned to the US.

Instead, Griner was charged, plead guilty and was held in a detention center until her court case was heard this year. She was found guilty and was sentenced to 9 years by a Russian judge. Griner’s lawyers appealed but it was overturned and Griner was sent to a Russian penal colony to serve out her years.

However, her wife Cherelle Watson and many activists never gave up and continued to lobby for Griner’s release. 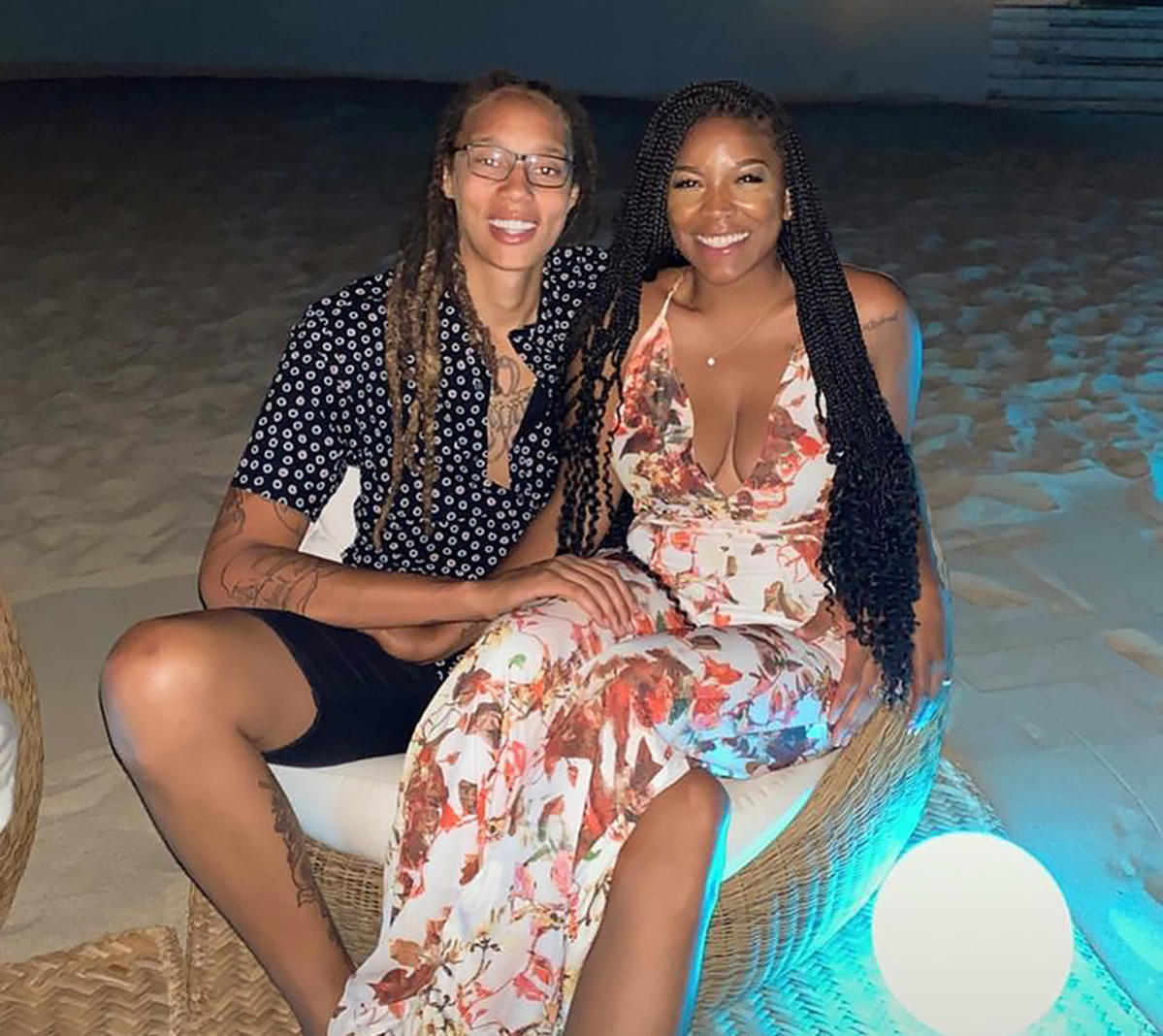 This included having several discussions with US President Joe Biden to expedite the release of the basketball star as soon as possible. President Biden and the Secretary of State were in talks with Russian officials regarding the requirements for Griner’s release which resulted in the possibility of a prisoner swap. Griner and Watson are currently staying in a hotel style medical center on a military base in San Antonio. Griner is receiving medical assessment and support for her mental ordeal due to her imprisonment.

Russian President Vladimir Putin requested the release of Viktor Bout, an international arms dealer referred to as “the merchant of death.” Bout has been imprisoned in the United States for over 14 years and was serving a 25-year sentence. Russia had been unsuccessfully trying to get him back.

Meanwhile, the US government has also been in negotiation talks with Russia for another swap, involving Canadian-born Paul Whelan. Whelan an ex-marine, who is described as having citizenship in Canada, the United States, Britain, and Ireland has served 4 years so far in a Russian prison. Whelan was charged in 2018 with espionage and sentenced in 2020 to 16 years in prison.

Seemingly, Brittney Griner was in an unfortunate position given the tension between Russia and America and the ongoing Russian-led war against Ukraine.

Griner is also now the center of discussion by many political watchers who dispute the exchange. Political insiders say, that her swap with Bout, was improper. The debate is over Whelan’s freedom for Griner’s.

Insiders say, Whelan who had been sentenced to many more years, with harsher charges and has already served 4 years  – should have been freed along with Griner. However, it was Russia’s call. And they felt that Griner is less of a threat to their country’s safety and security as opposed to Whelan. Viktor Bout who is said to have had dangerous international connections is now back home in Russia. That has many US political advisors worried.

US Administration officials have released a statement, that all efforts will continue to be enforced to have Whelan extradited and are hopeful to secure his freedom very soon.

Now that Brittney Griner is home, she was welcomed and cheered on by supporters and fans across social media. “Welcome Home Brittney Griner” billboard signs are on display. We are anxiously waiting to see if Brittney Griner will be back in her element to return and play pro basketball. The 2023 season begins on May 19th.