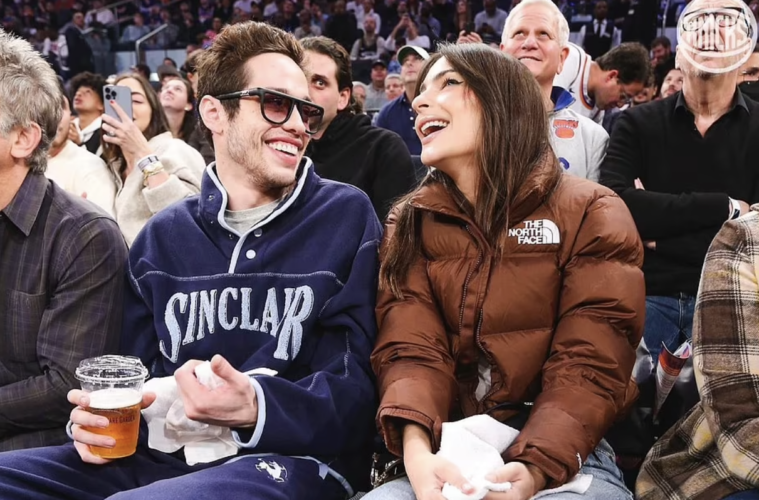 Pete Davidson and Emily Ratajkowski have made as much of a Hollywood splash as is humanly possible by going to an NBA game together and even sitting courtside! 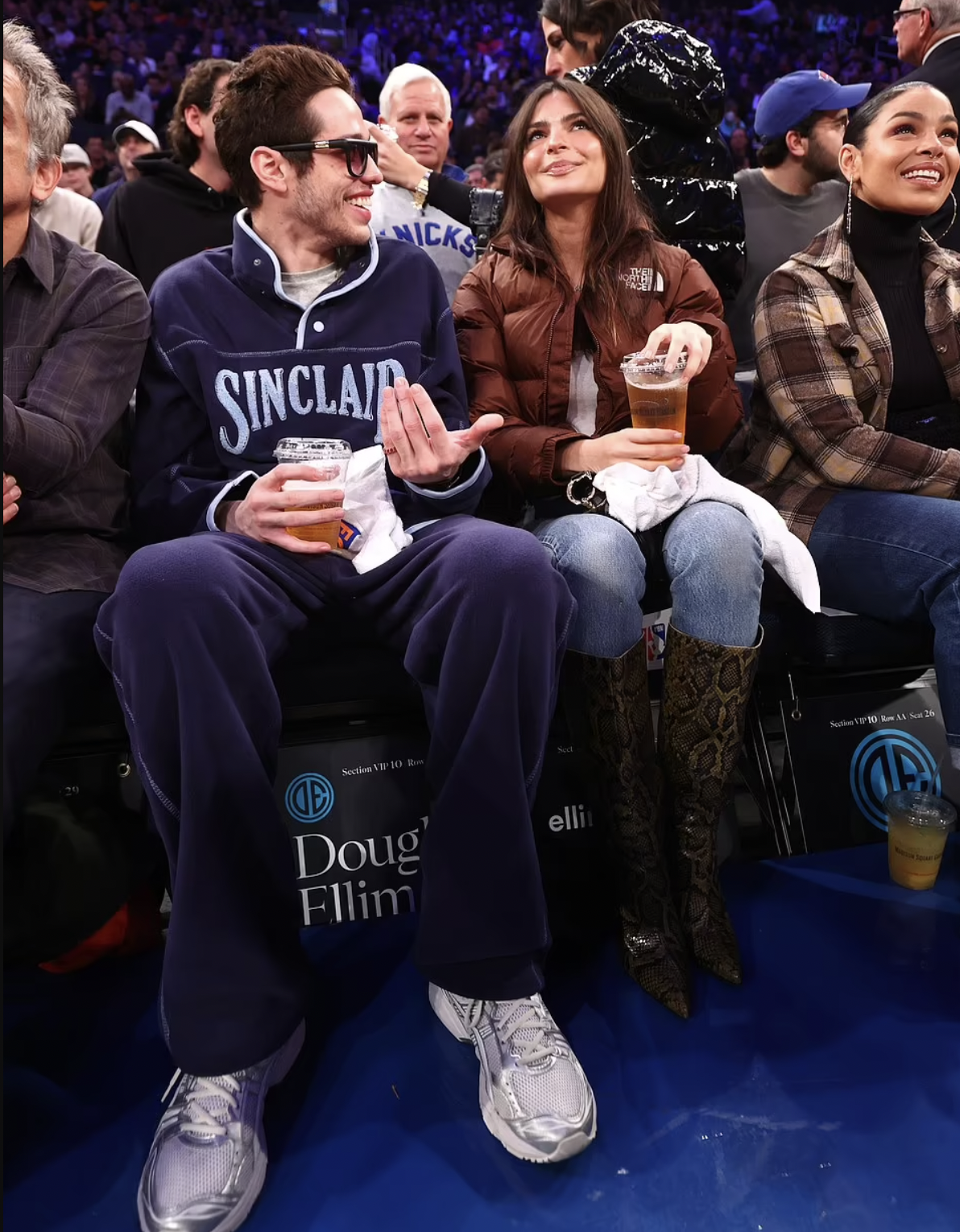 On Sunday, Pete Davidson and Emily Ratajkowski made their public debut as a couple at a basketball game at New York City’s Madison Square Garden.  The hot new couple was spotted courtside at a Memphis Grizzlies vs. New York Knicks game. Both Davidson and Ratajkowski were beaming as they sat courtside with beers in hand for the game.

Davidson arrived at the game with his new girlfriend wearing a dark blue Sinclair sweatshirt, matching dark blue jeans, and black sunglasses. He completed his look with silver sneakers. While Emily was dressed in a white shirt, a brown North Face puffer coat, light blue jeans, and knee-high boots for the occasion.

They were first linked to one another by reports that claimed they were holding hands on a date in Brooklyn earlier this month. Although this is their first public appearance, Ratajkowski actually discussed the reasons why so many women find the comic so alluring in a November 2021 interview on Late Night with Seth Meyers.

‘Obviously, women find him very attractive. Guys are like, “Wow. What’s that guy got?” And I’m like, I mean, he seems super charming,’ she said. ‘He’s vulnerable. He’s lovely. His fingernail polish is awesome. He looks good! He’s great! Good relationship with his mother. We love it,’ she continued.

While Pete peacefully parted from Kim Kardashian in August, Emily divorced her husband, movie producer Sebastian Bear-McClard, in July amid rumours that he was having an extramarital affair.

EmRata ”is doing well and getting more adjusted to her life as a single mom since her divorce,” a source told Entertainment Tonight last week. The source added, ”She is dating and having fun with it. She’s in a good headspace. Emily has been seeing Pete and thinks he is super charismatic, funny, and a good rebound.” 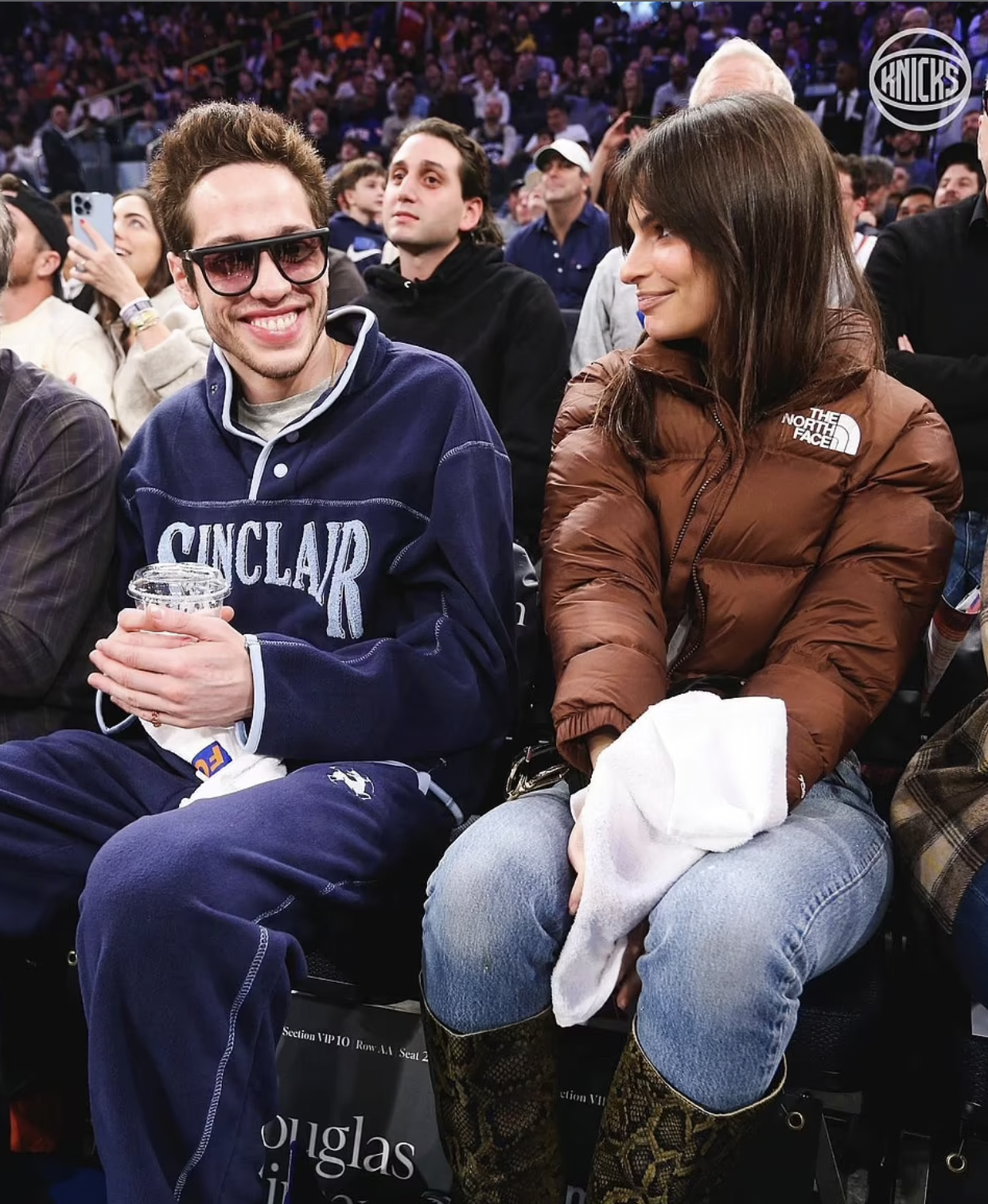 ‘It is casual between them, but she likes that they’re comfortable with each other and have a good time together. Things are going well for her,’ according to the source.

A few other NBA teams were obviously interested in the new couple’s romantic status as the New York Knicks Instagram also shared pictures of them at the Garden.