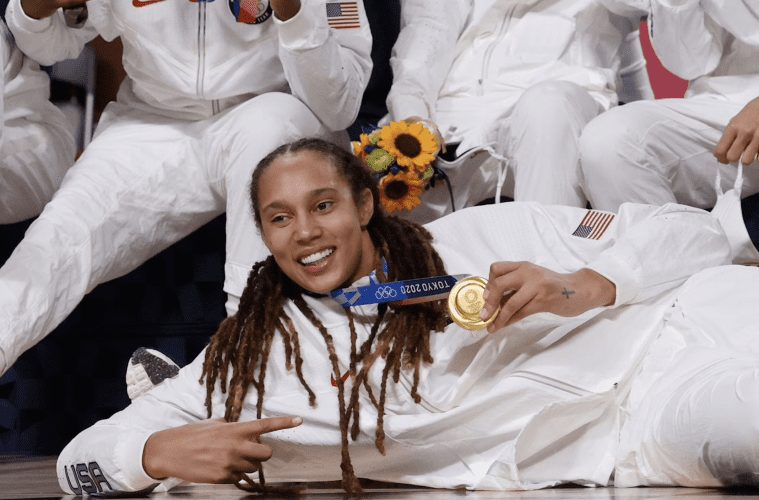 On Monday, Cherelle Griner shared a message on Instagram for her wife Brittney Griner after she was detained in Russia. 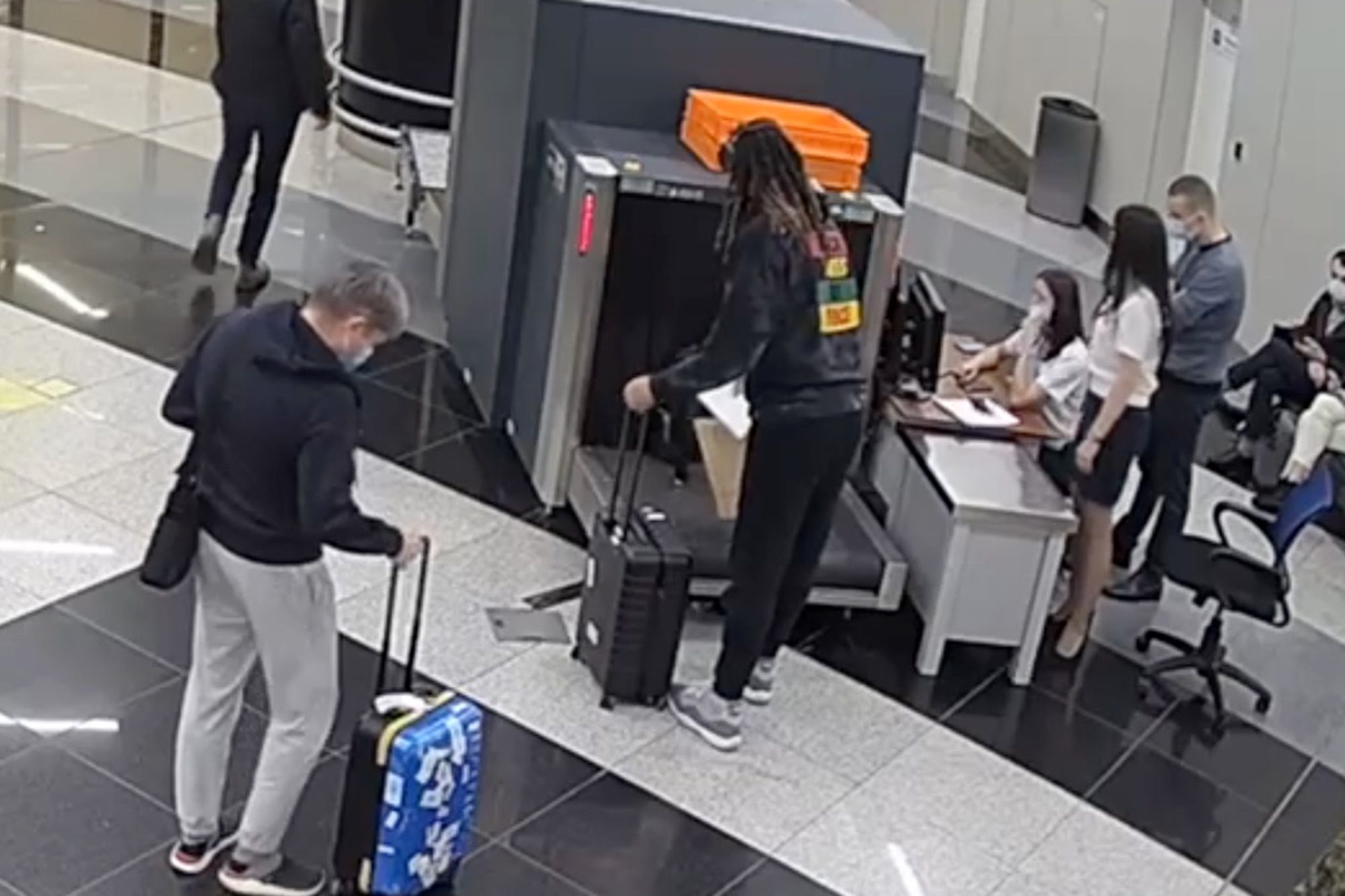 WNBA star and two-time Olympic gold medalist, Brittney Griner, was detained in Russia on account of drug charges back in February. Griner faces up to 10 years in prison if convicted after customs officials found vape cartridges containing hashish oil in her luggage. 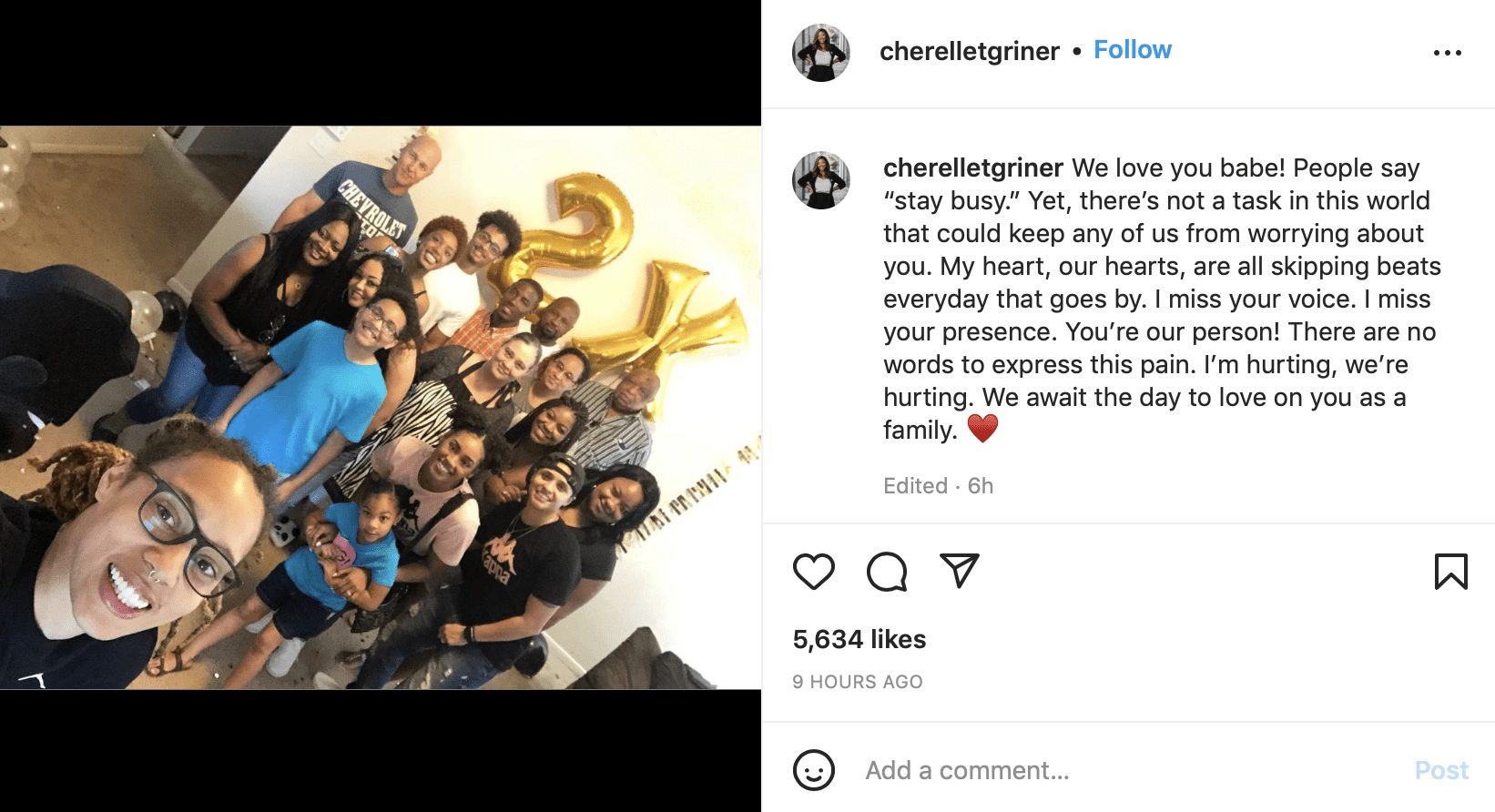 In an Instagram post on Monday, Brittney’s wife shared a photo of the couple alongside their family.

“There are no words to express this pain,” wrote Cherelle. “I’m hurting, we’re hurting. We await the day to love on you as a family.”

According to a Russia Federal Customs Service statement, Brittney has been charged with smuggling “narcotic drugs” and has been detained for almost a month.

The athlete was travelling from New York to Russia where she plays for the Russian team UMMC Ekaterinburg during her offseason.

As the case became public and people began to rally behind Brittney the news of her detainment has reached the White House.

The Biden administration is working towards getting Griner out of Russia but Democratic Rep. John Garamendi said, “it’s going to be very difficult”.

The conflict between Russia and Ukraine has seriously impacted America’s relationship with Russia. “Our diplomatic relationships with Russia are nonexistent at the moment,” Garamendi said in an interview with CNN. “Perhaps during the various negotiations that may take place, she might be able to be one of the solutions. I don’t know.”

He added that “Russia has some very, very strict LGBT rules and laws” that may impact Griner’s case. 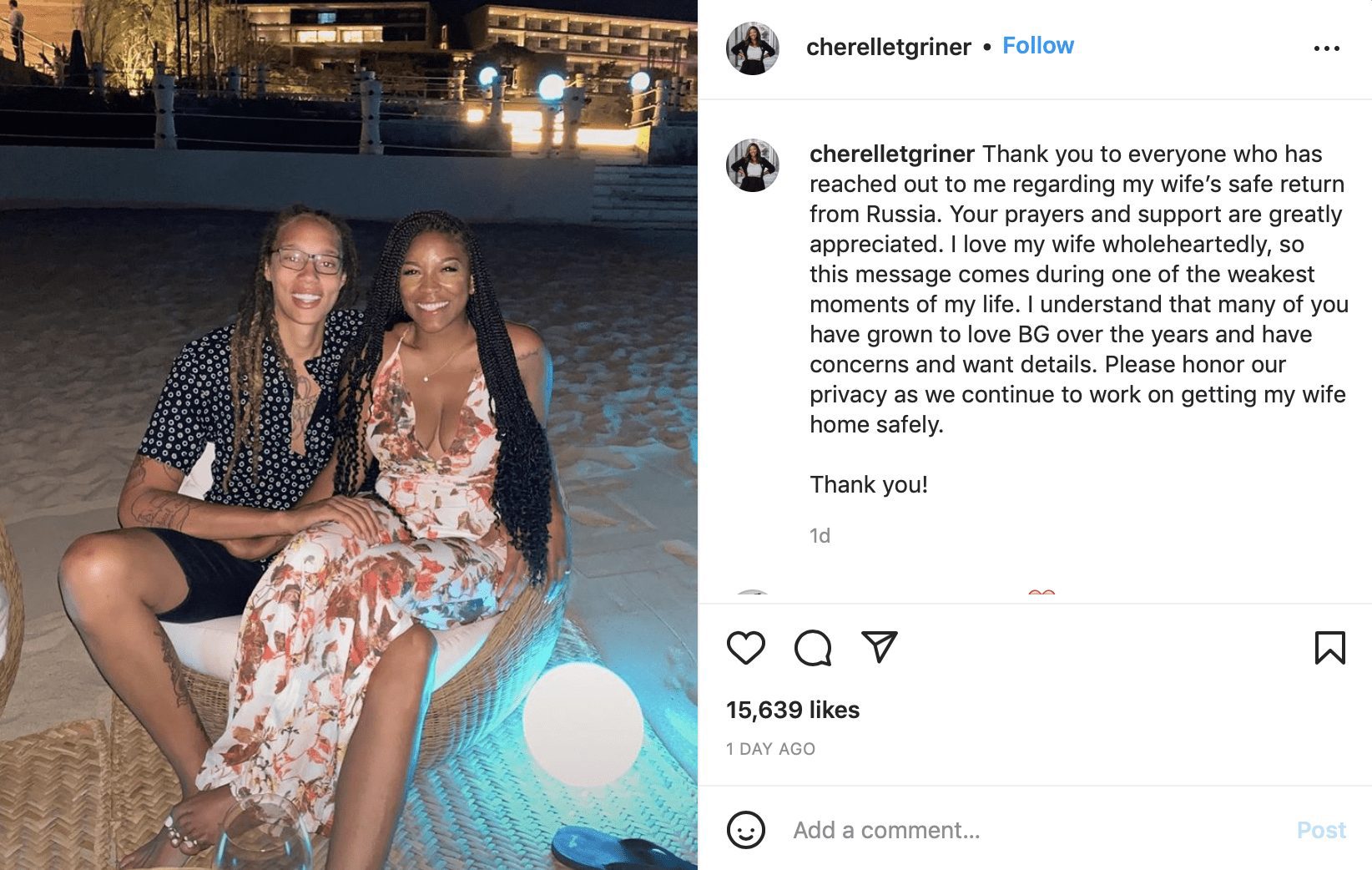 Cherelle thanked Brittney’s supports on Sunday in an Instagram post of the pair seemingly on vacation. “Thank you to everyone who has reached out to me regarding my wife’s safe return from Russia,” read the caption. “Your prayers and support are greatly appreciated.”

She also asked supporters to, “please honor [their] privacy as [they] continue to work on getting [her] wife home safely.”