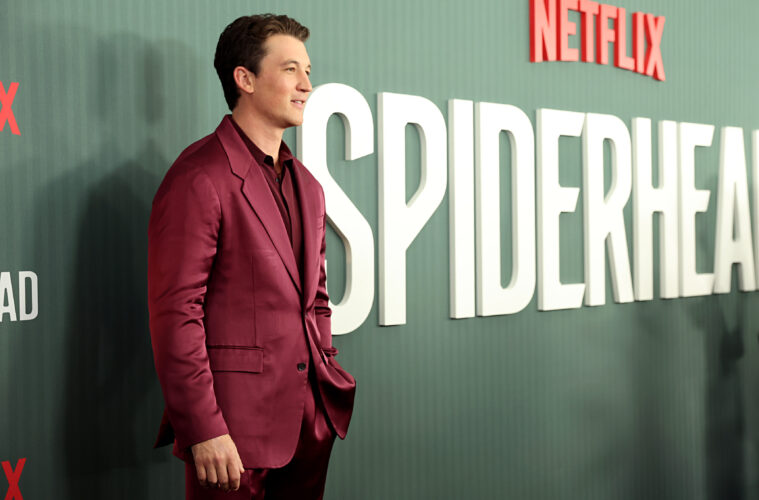 Spiderhead involves two inmates with baggage who form a bond in a state-of-the-art penitentiary. The modern jail is run by a wise visionary who uses mind-altering drugs on his prisoners.

The film is based on The New Yorker short story, “Escape From Spiderhead,” by George Saunders.

It is both a comedy and a psychological thriller and Spiderhead’s director is Joseph Kosinski. In addition to this, the screenwriters for Deadpool, Rhett Rheese and Paul Wernick, wrote the script!

Steve Abnesti (Hemsworth) is in charge of a futuristic penitentiary. At this jail, prisoners wear a surgically attached device which can administer mind-altering drugs. He can pretty much control the mind’s of his prisoners, through the use of a smartphone app  called “verbaluce”. This app is his tool that he uses to increase his guests’ dosages.

The incarcerated aren’t restricted to their cells in this prison. They roam freely and are encouraged to be themselves. If they’re ever in a bad mood, they can decide to utilize the drugs themselves. For instance, “Darkenfloxx” increases self-loathing, while “Laffodil” amplifies laughter.

Although they aren’t in a traditional prison, the stakes are still higher than ever. All of these different drugs are experimental. These drugs are impacting and altering the minds’ of the film’s characters. Chaos ensues when Jeff (Miles Teller) and Lizzy (Jurnee Smollett) form a relationship. Abnesti’s experiments become even more extreme as the film progresses!

“I had read the short story when it was initially published by The New Yorker in 2010, but hadn’t considered it as a film until I read the script by Wernick and Reese. I thought they had managed to capture that quintessential Saunders tone so well. What I love about George’s writing, in addition to how profound his ideas are, is that it’s always funny, dark, twisted, and emotional. He’s able to combine all these things and pack them into his stories in a way that sucks you in and sticks with you long after you’ve put the book down. It was something I wanted to strive for with this film: to give it a tone and a vibe that captures some of what was in George’s writing.” 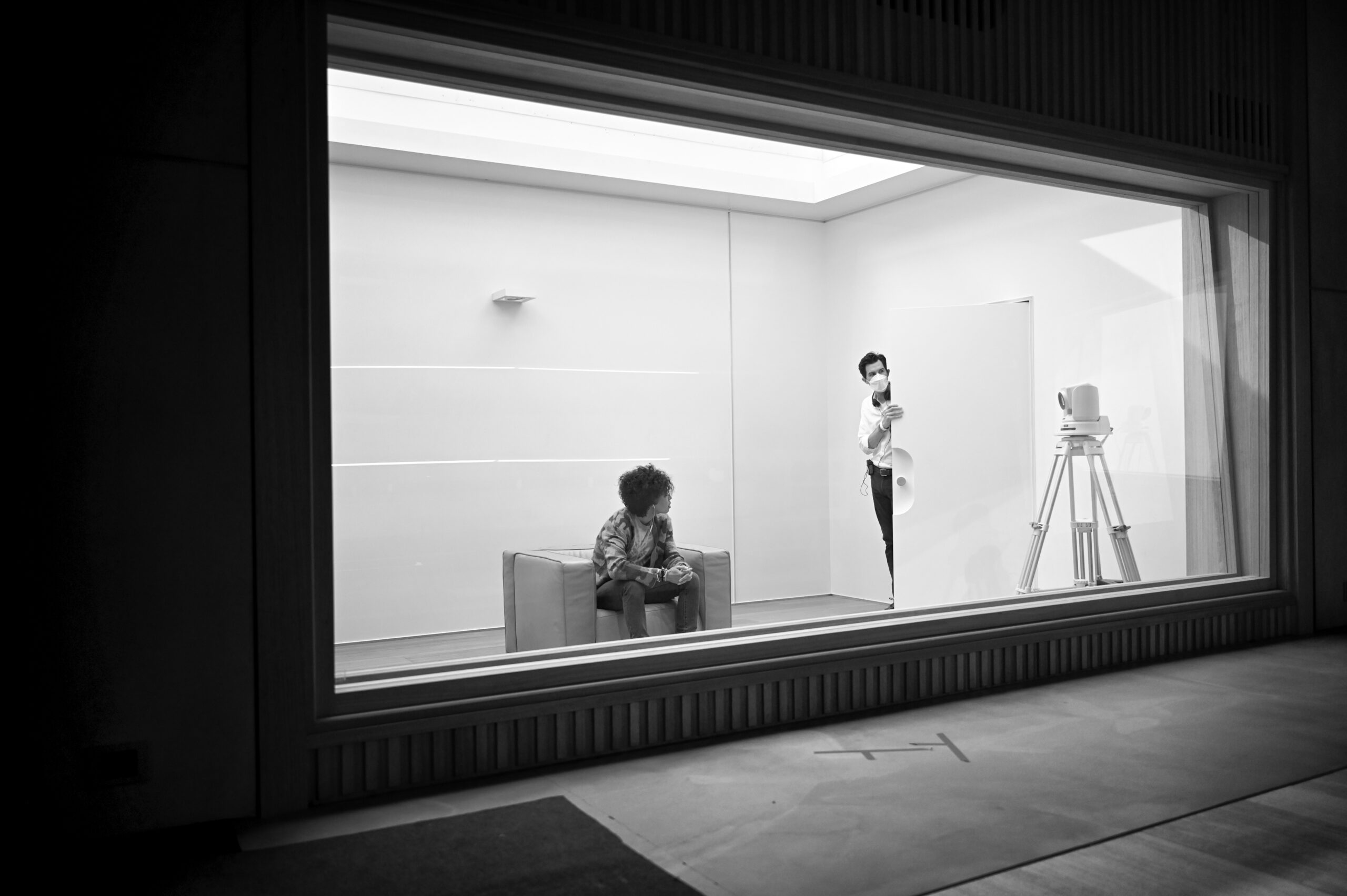 The Cast of Spiderhead 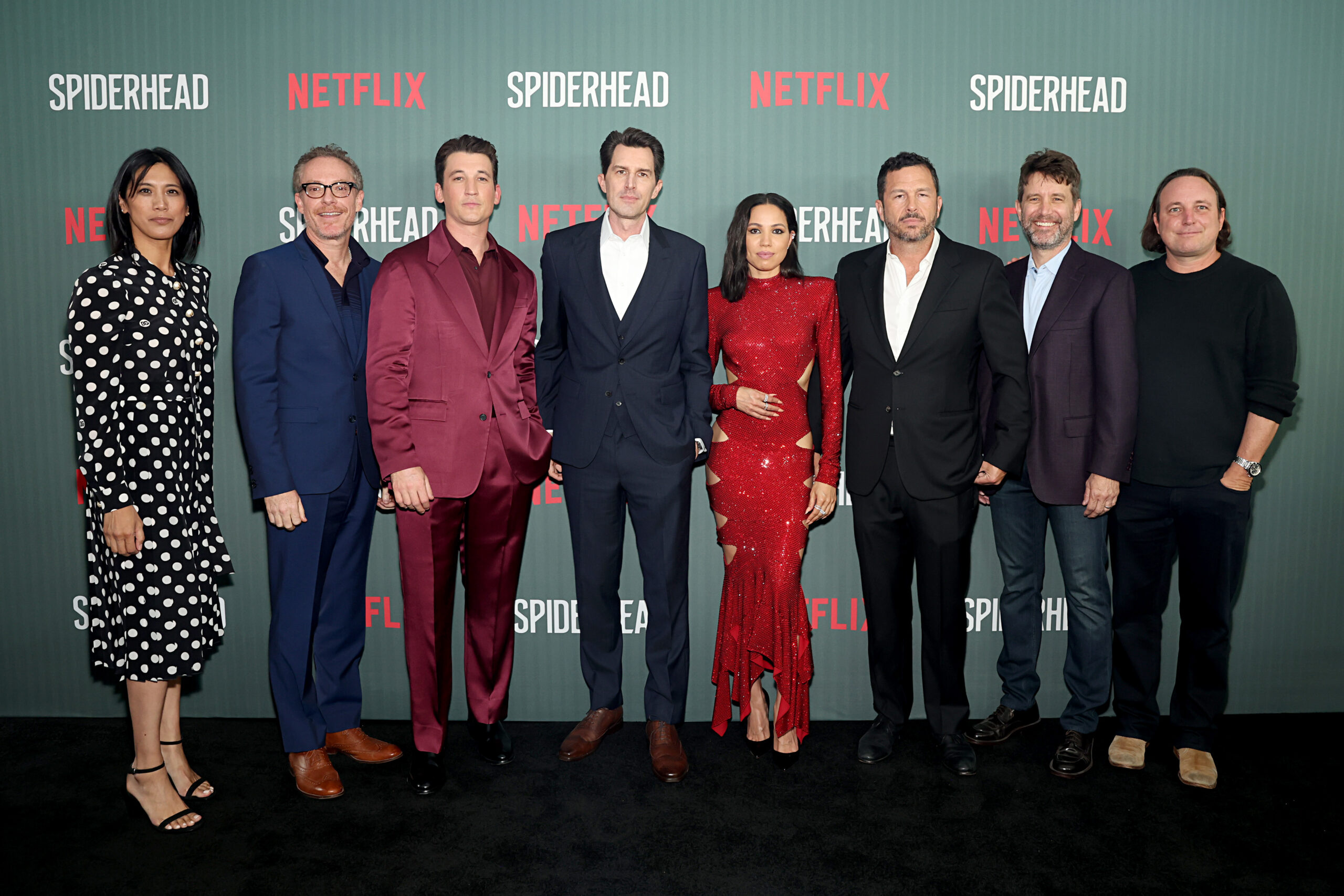 Spiderhead is streaming today on Netflix. Here’s the link to the trailer!