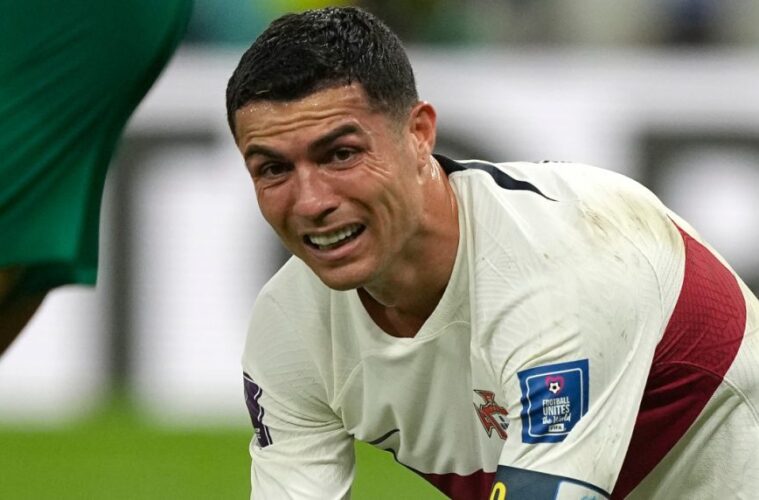 Cristiano Ronaldo broke down in tears following Portugal’s World Cup loss to Morocco on Saturday, which might be his final appearance in the tournament. The superstar became one of the most adorned players never to win a World Cup. 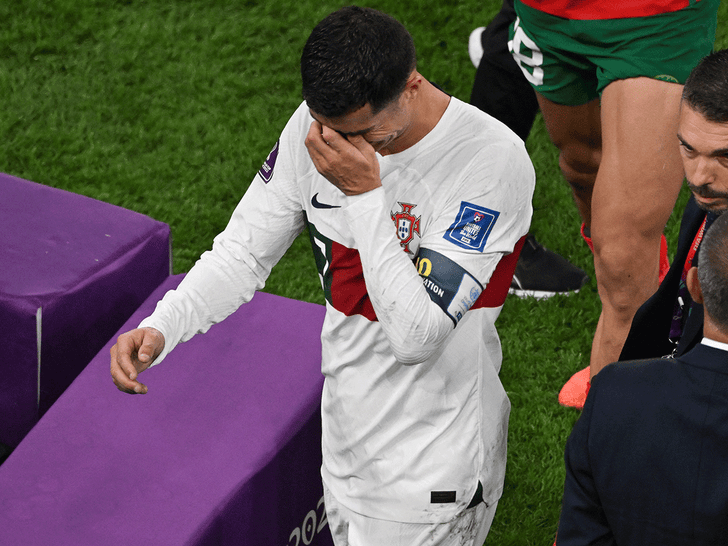 After Morocco defeated Portugal 1-0 to become the first African country to reach the World Cup semifinals, Cristiano Ronaldo put his head down and began the long walk to the tunnel at Al Thumama Stadium.

Ronaldo, a Portuguese superstar nearing the end of his career, stopped momentarily to say goodbye to two Moroccan players but barely budged from his stride. Ronaldo, left what he has stated may be his final World Cup as Morocco and its supporters rejoiced and Portugal’s squad sat there in stunned silence.

Television cameras saw Ronaldo, who has received numerous awards but has never won a World Cup and has lately been used only as a replacement player, wiping his eyes in the tunnel. If this was the last game for one of the greatest players in history, it was a letdown for him and a group that some thought could have advanced further in the tournament. Fernando Santos, the coach of Portugal, remarked through an interpreter, “If we take two people that were the most upset about the game, perhaps it was Cristiano Ronaldo and myself.”

For seasoned athletes like Ronaldo, Lionel Messi of Argentina, and Luka Modric of Croatia, this World Cup was meant to be their final performance on this platform. Only one side can take home the championship, Messi and Modric continue to play vital roles for their teams and are still in the competition. However, Ronaldo, the team’s captain, has recently spent more time watching than playing.

Ronaldo, a five-time Ballon d’Or winner, struggled in back-to-back knockout stage games after being benched by Santos. Ronaldo became the first male player in history to score a penalty against Ghana in the group stage.

Sadly, that was Ronaldo’s sole goal of the tournament and could be the last of his World Cup career. He has eight goals overall in 22 World Cup games, which ranks seventh all-time. His best World Cup performance came in 2006, his debut tournament when Portugal finished fourth and he was 21 years old.