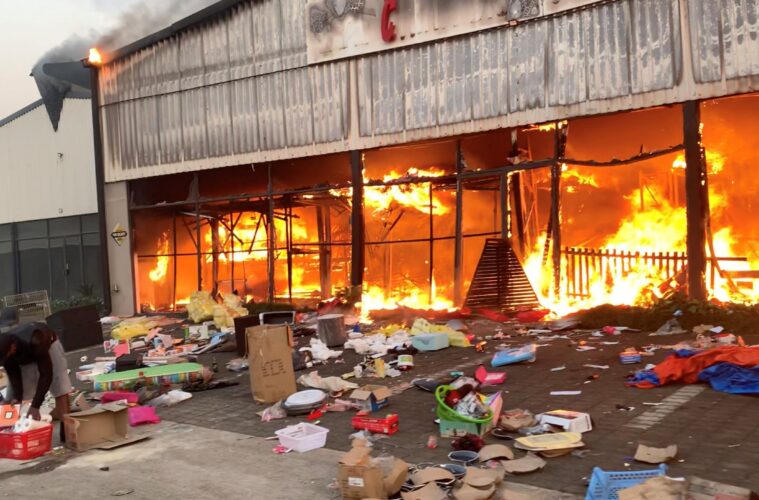 72 people are dead after 6 days of violent protests have rocked cities across the country. The protests followed the arrest of ex-president Jacob Zuma for failing to appear at a corruption inquiry last week, unleashing pent-up grievances over inequality in the country and resulting in the worst violence South Africa has seen in years. 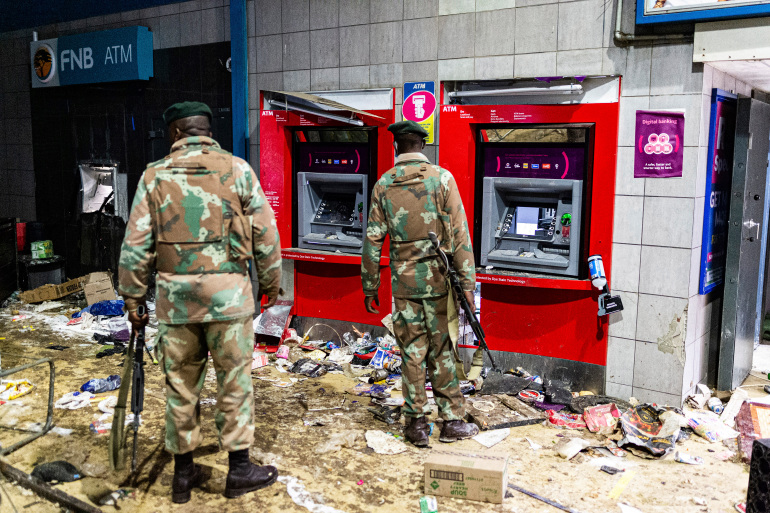 Businesses, warehouses, and shopping malls have been ransacked and some even burned down in major city centres across the country. Much of the chaos is localized in Zuma’s home province KwaZulu-Natal, as well as Johannesburg and the surrounding Gauteng provinces.

Many of the deaths that have occurred in these provinces resulted from stampedes of people stealing food, liquor, clothing, and electrical appliances, police said. Gauteng premier David Makhura said 10 bodies were found Monday evening after a stampede at a shopping mall in Soweto, a township in Johannesburg.

While the protests were initially triggered by Zuma’s arrest, the chaos broadened into a massive outpouring of discontent among South Africans over the hardships and inequality throughout the nation. Despite the formal end to Apartheid 27 years ago, there has been widespread poverty in the nation which has only been exacerbated by the COVID-19 pandemic. Layoffs and an economic downturn that resulted from the pandemic drove up an already high unemployment rate, now higher than 32% according to official statistics.

Hospital supply chains in South Africa have been disrupted by the unrest, and some vaccination centres have had to temporarily close, putting more pressure on a health system already struggling to combat the country’s 3rd wave of the COVID-19 pandemic. Food supplies are also running low at some hospitals, and many are understaffed due to healthcare workers being unable to leave their homes.

Supply chains throughout the country have also been impacted throughout the nation, with as many as 400 people lining up outside a supermarket to buy food hours before the shop opened in Durban, a significant eastern port city and one of the biggest shipping hubs in Africa. Durban has been one of the worst cities hit by looting, with a rail line connecting it to Gauteng province.

Since the violence began, more than 1,200 people have been arrested, and 2,500 soldiers have been deployed to assist local police forces. However, some say that the lack of response from the police was more reactionary than preventative and that it might not be enough to prevent further unrest. Many civilians and community organizers have taken to helping protect local businesses from rioters.