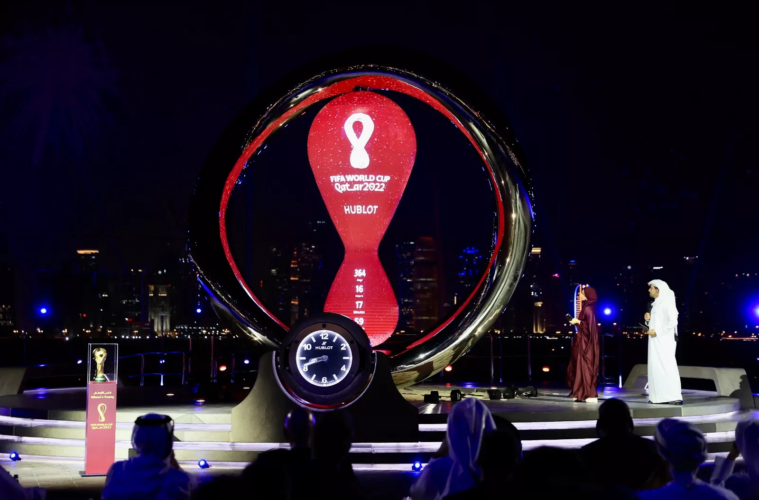 The World Cup’s next destination is the Middle East for the first time. The host, Qatar, began preparations for the worldwide epic sporting event in 2010 after the announcement, including infrastructure, hospitality, safety, and more. However, the media has shed light on two significantly different arguments regarding Qatar’s arrangements for the tournament. Qatar’s planning and operations from the inside out

At first, Qatar’s national stadium “Khalifa Stadium,” was the only pre-existing arena for hosting matches. While the seven other stadiums have been constructed to facilitate the FIFA World Cup games. Their biggest venue is “Lusail Stadium,” with a capacity of 80,000. As illustrated in the Map, the 32 qualified teams will play across the eight stadiums from November 20 to December 18. The Ministry of Foreign Affairs noted, “After the tournament, the stadiums and surrounding precincts will become vibrant hubs of community life – an integral part of the legacy we are building.” Hayya Card is another service the host offers for football enthusiasts around the globe. Fans applying for Hayya will benefit from an entry permit, stadium access, free metro and bus rides, a free SIM card, and more.

An additional rich item to the table is Artificial Intelligence (AI), such as the tech hub that utilizes AI to monitor the audience, predict crowd surges, and control stadium temperature. “Niyas Abdulrahman,” the center’s chief technology officer, expressed to Al Jazeera that Qatar expects 1.2 million visitors, so they installed hundreds of screens to assist the crowd control team, security staff, and law enforcement agencies with data for precise decision-making. The video assistant referee- VAR will serve again to determine offsides, with cameras and sensors tracking every limb on the pitch.

In the same way, Qatar trained its security department to ensure the safety of locals and visitors from all threats, installed security cameras in all areas of the stadiums, and promoted safety measures and precautions before and during their stay.

“Hassan Al Thawadi,” head of the Qatari Supreme Committee assigned to organize the tournament, mentioned that the World Cup 2022 costs exceed $200 billion, considering the colossal construction and facilities. However, Qatar’s estimations imply that the gain is rewarding on different levels, including but not limited to economic, social, and environmental development across Qatar and the region.

The opening ceremony will take place in Doha- Al Bayt Stadium on November 20 at 14:00 (GMT), before the Qatar-Ecuador game, initially scheduled for November 21. The official World Cup anthem and soundtrack will be featured along with “La’eeb” (translated into English as a super-skilled player), the mascot. FIFA is yet to announce the artists who will perform in the opening ceremony, but for now, Jung Kook, BTS singer & K-Pop idol, is confirmed to perform. Some reports have claimed that Robbie Williams will perform again after the opening ceremony in Russia. Dua Lipa distanced herself from the rumors regarding her involvement. Shakira and Black Eyed Peas haven’t commented yet. Last, the Canadian actress and singer Nora Fatehi is highly expected to sing the official song of the World Cup 2022, Light the Sky. The western media claims that Qatar’s laws, regulations, and practices impose discrimination between males, females, foreign workers, and the LGBTQ+ community. The BBC, Guardian, and Human Rights Watch believe Qatar’s abuses stain the FWC. Qatar is facing accusations regarding the work conditions of foreign workers based on statistics provided by foreign embassies that debate the death of 6,500 migrant workers from India, Pakistan, Nepal, Bangladesh, and Sri Lanka in Qatar since it was awarded the hosting of the FWC 2022. At the same time, an unsubstantiated argument concerning the LGBTQ+ community circulated in the virtual world that implies people who raise the rainbow flag will be prisoned for several years. Since Qatar and the Gulf Arab state illegalizes heterosexuality, such tittle-tattle has led to the establishment of some Qatar boycott movements.

However, Qatar has replied to cup criticism, reasoning that the opposite argument is inaccurate and hypocritical since the numbers count workers who didn’t work for the World Cup. Qatar’s “Emir” expressed that he expects visitors to respect their culture without stirring up hate speech toward the country and its people. Although Qatar is under the spotlight regarding human rights issues, the criticisms weren’t all delivered respectfully and objectively. For example, the French newspaper “Le Canard Enchaîné” published a caricature portraying Arabs as terrorists, provoking daring racism and Islamophobia.

In summary, Qatar treats this opportunity as a legacy that will introduce the world to its nation and the region in a civilized manner. The Qatari officials and people are putting effort into presenting Arab countries with their vibrant and diverse cultures.

For more details about the FWC – Qatar 2022, visit the official page.