Fashion Week season usually unveils a number of trends everyone is betting on for the upcoming seasons. But a common “theme” not too many people seem to be talking about is the designer’s apparent obsession for water. In most of NYFW – and now LFW – shows, there was some sort of representation of water, either in wet hair and makeup looks, show locations by the water, or outfits reflecting themes related to water. Curious about it? Let’s check it out!

Every Fashion Week is an event responsible for introducing several new trends on the runways, from where other brands and people will get inspiration and create pieces for the rapidly approaching next seasons. New York Fashion Week happened at the beginning of September and, apart from the amazing new trends we are already crazy about, an unusual theme apparently was on almost all designers’ minds: water. Following up, the water zeitgeist seems to have also reached London Fashion Week, which debuted last Friday, September 17th. Now, you might be wondering, but why water? 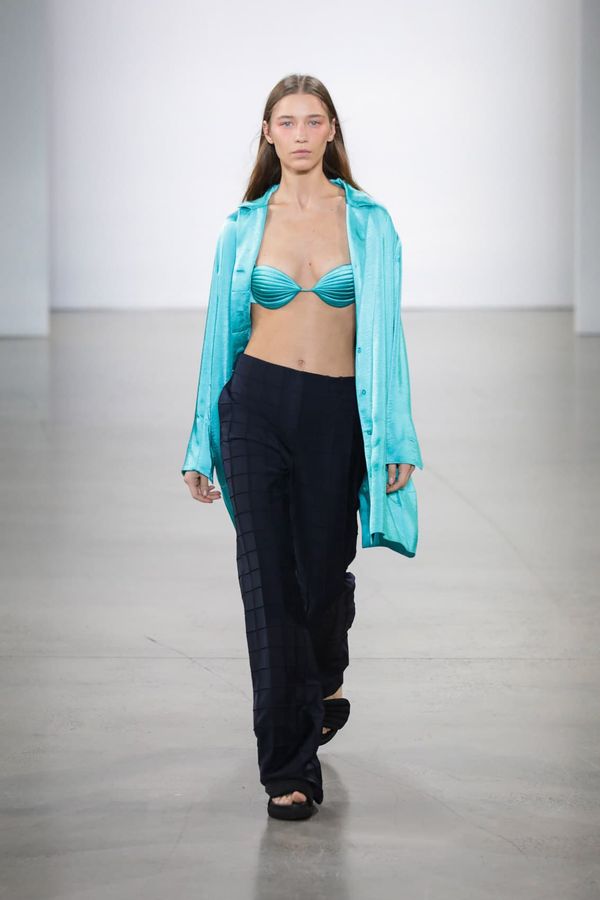 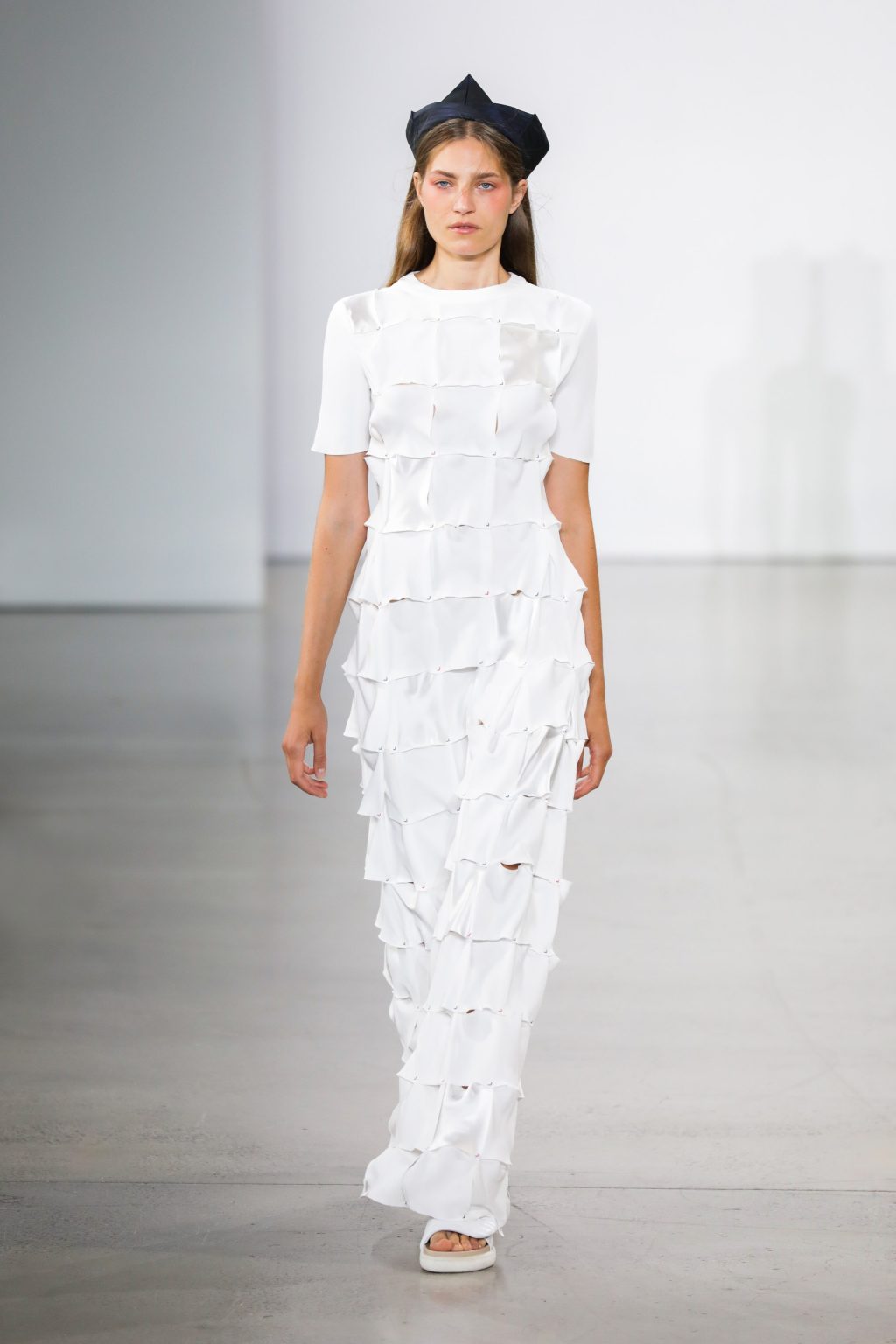 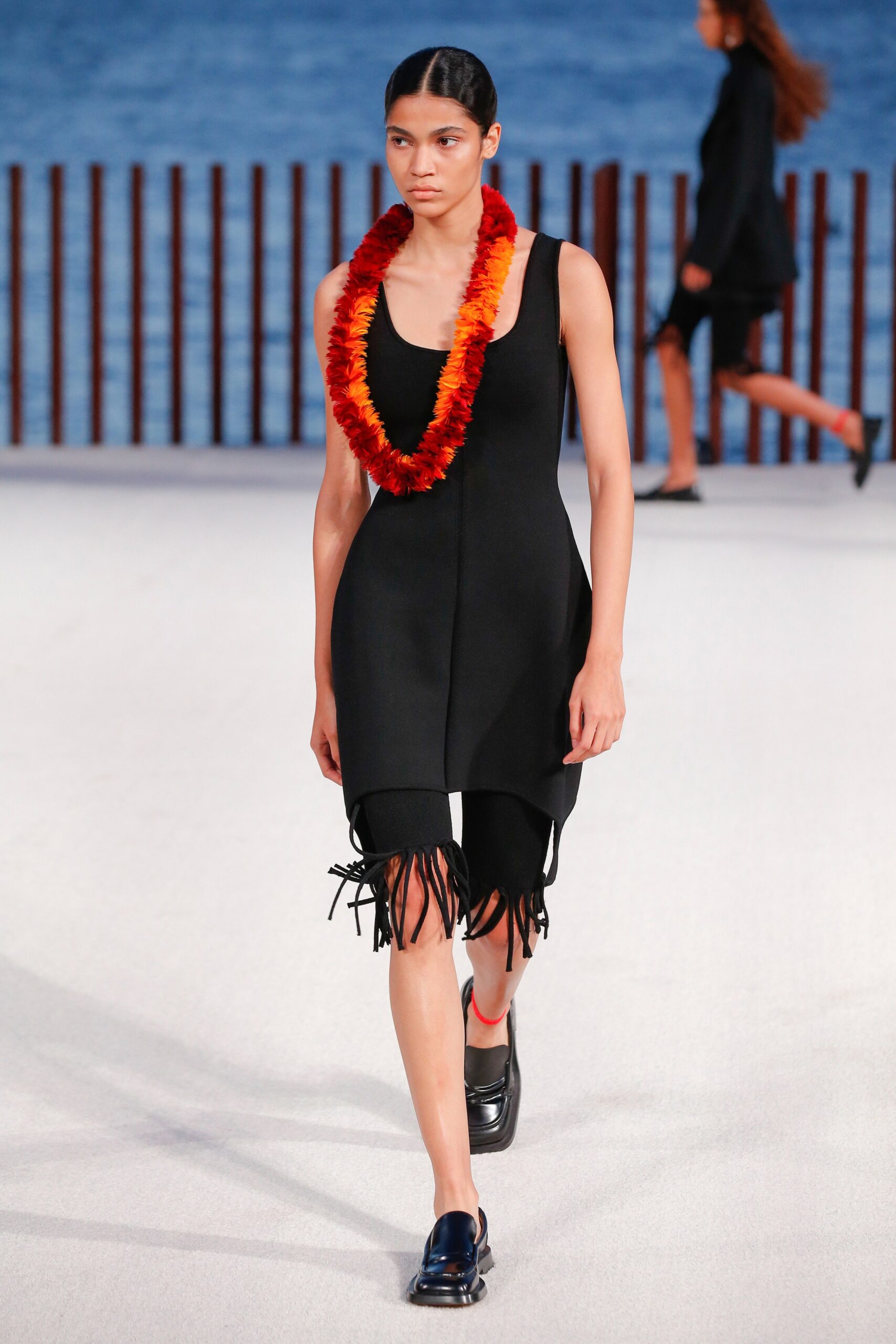 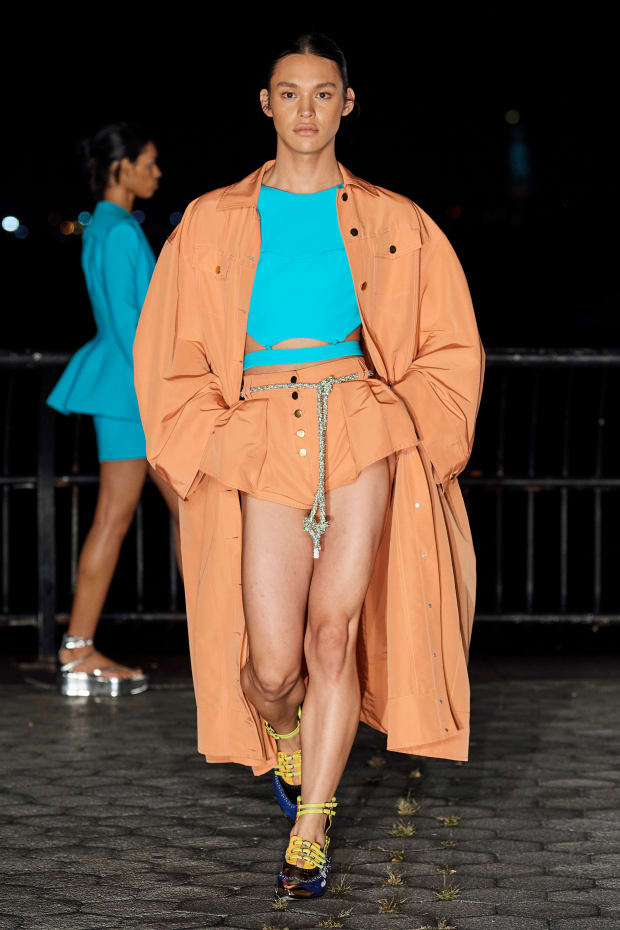 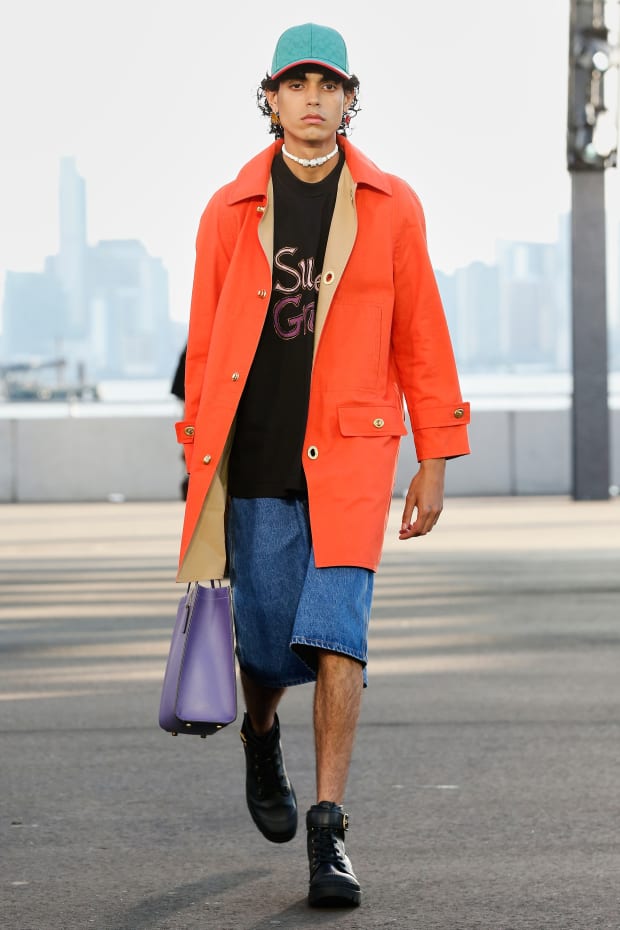 The current Covid-19 pandemic forced people around the world to be locked inside their homes for over one and a half years, which has made us all crave travelling even more than we already used to. With vaccination being accessible to more people and the sense of normality becoming a more tangible reality, we can start dreaming about going out on vacations again. And what better season to travel than Summer? After being locked inside for so long, what people want the most is a trip to the beach, where they can enjoy open spaces, a nice swim and a lot of time under the sun. 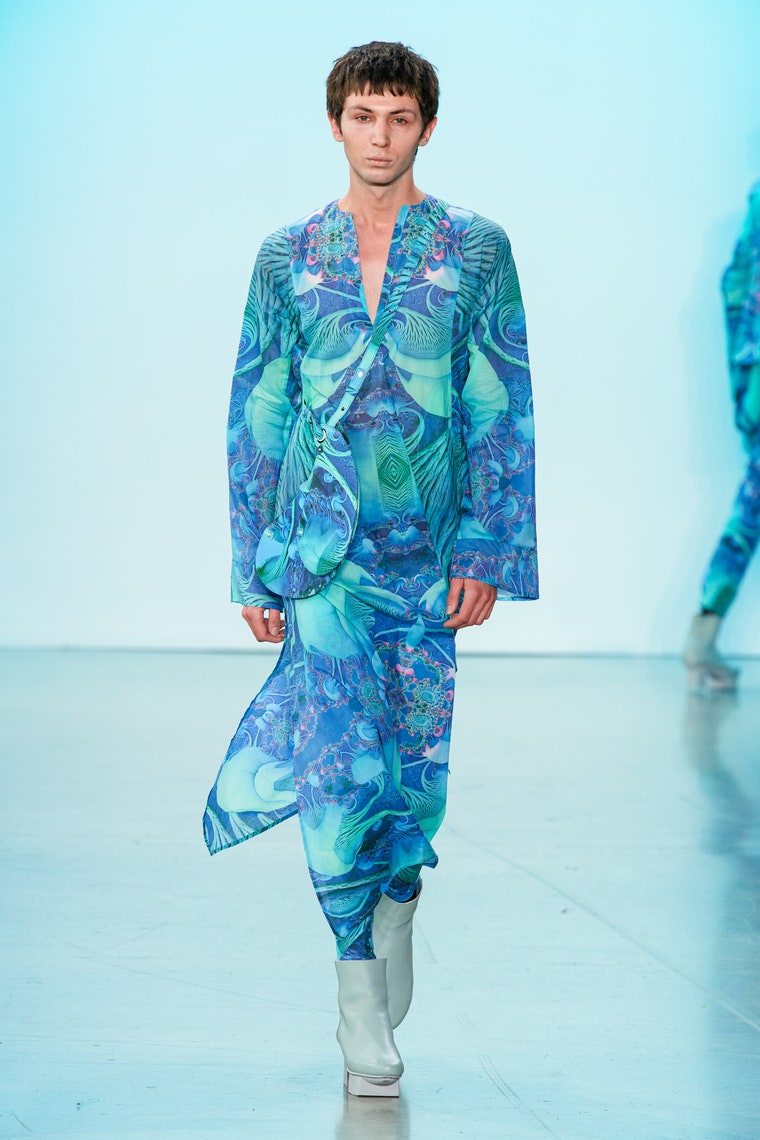 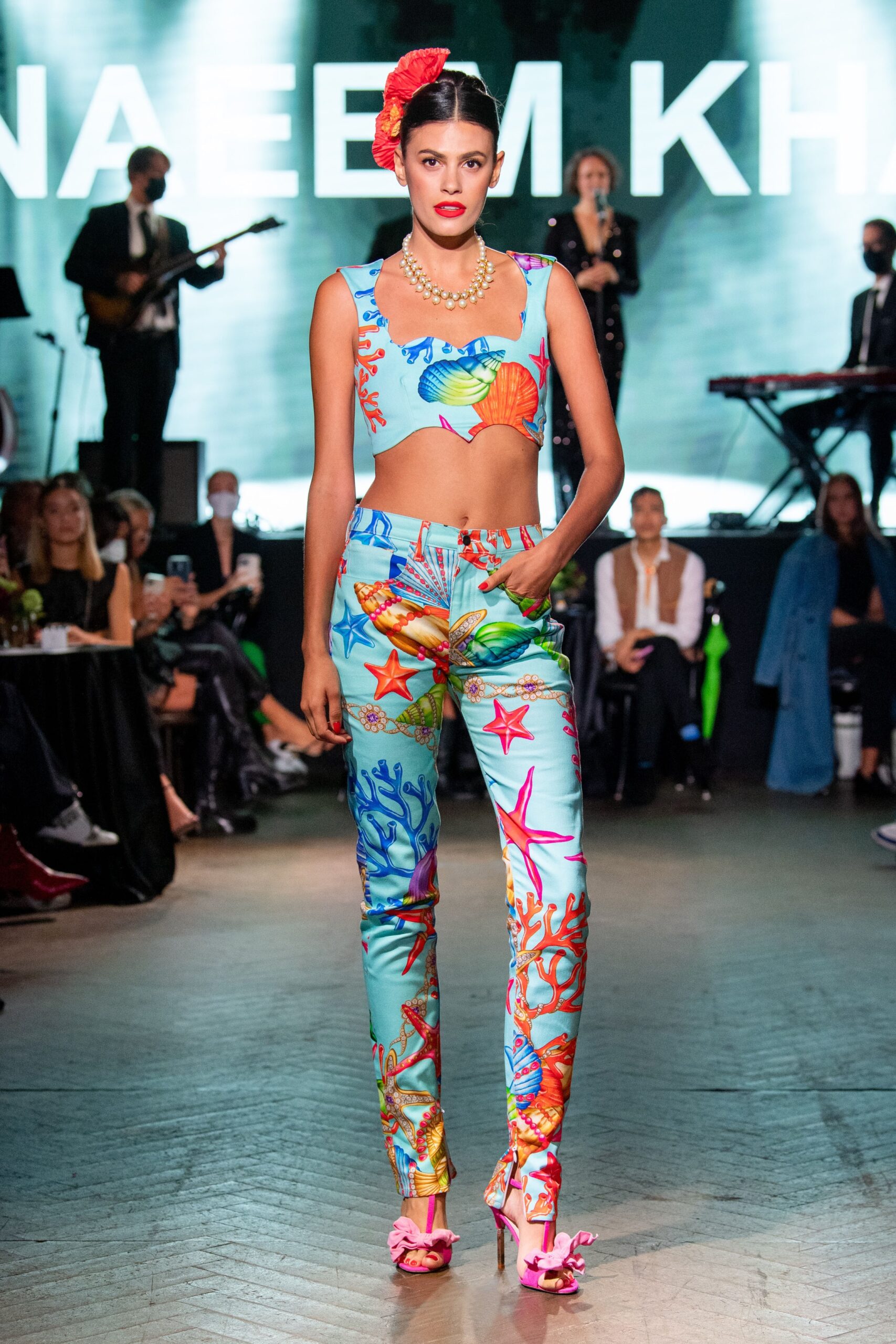 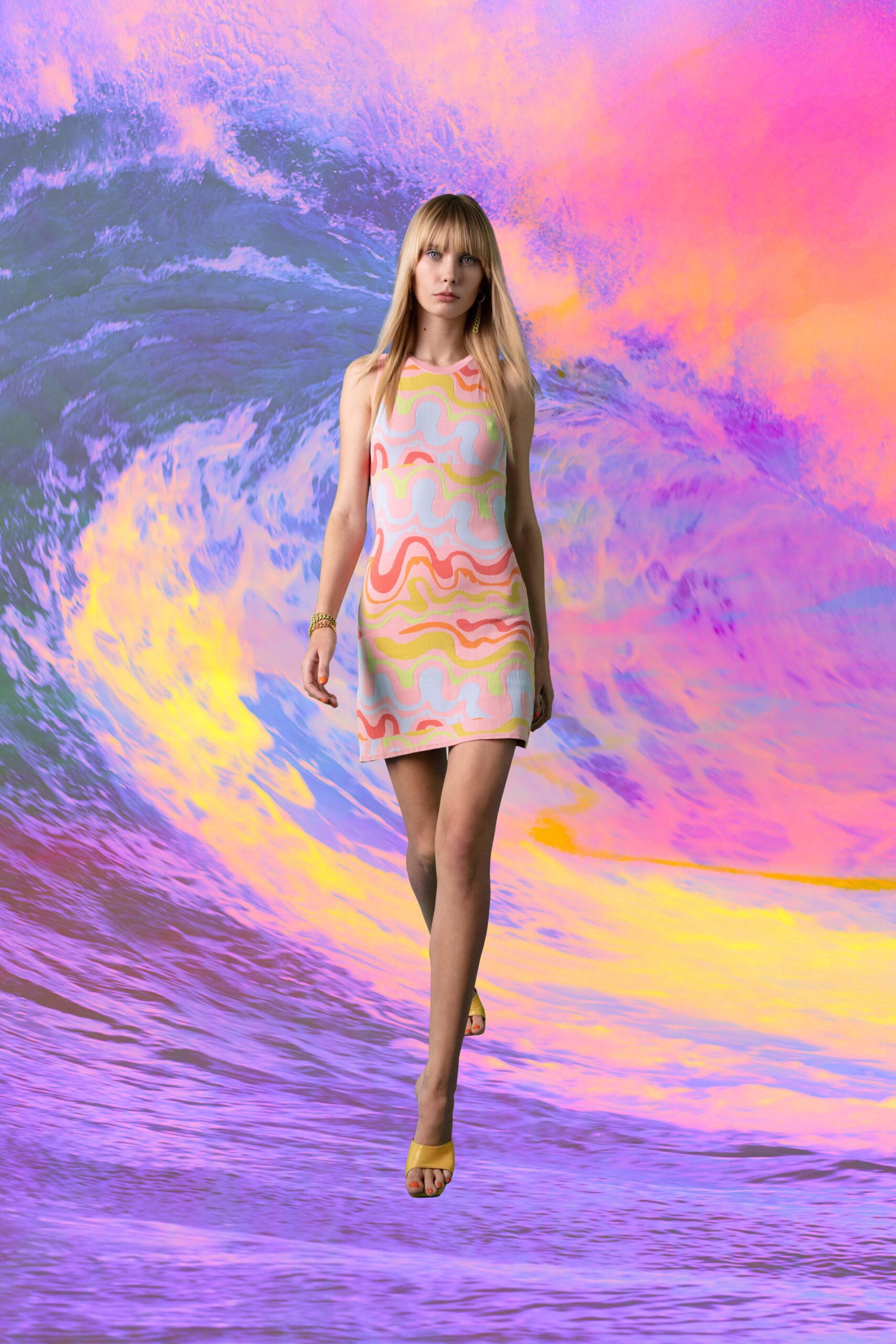 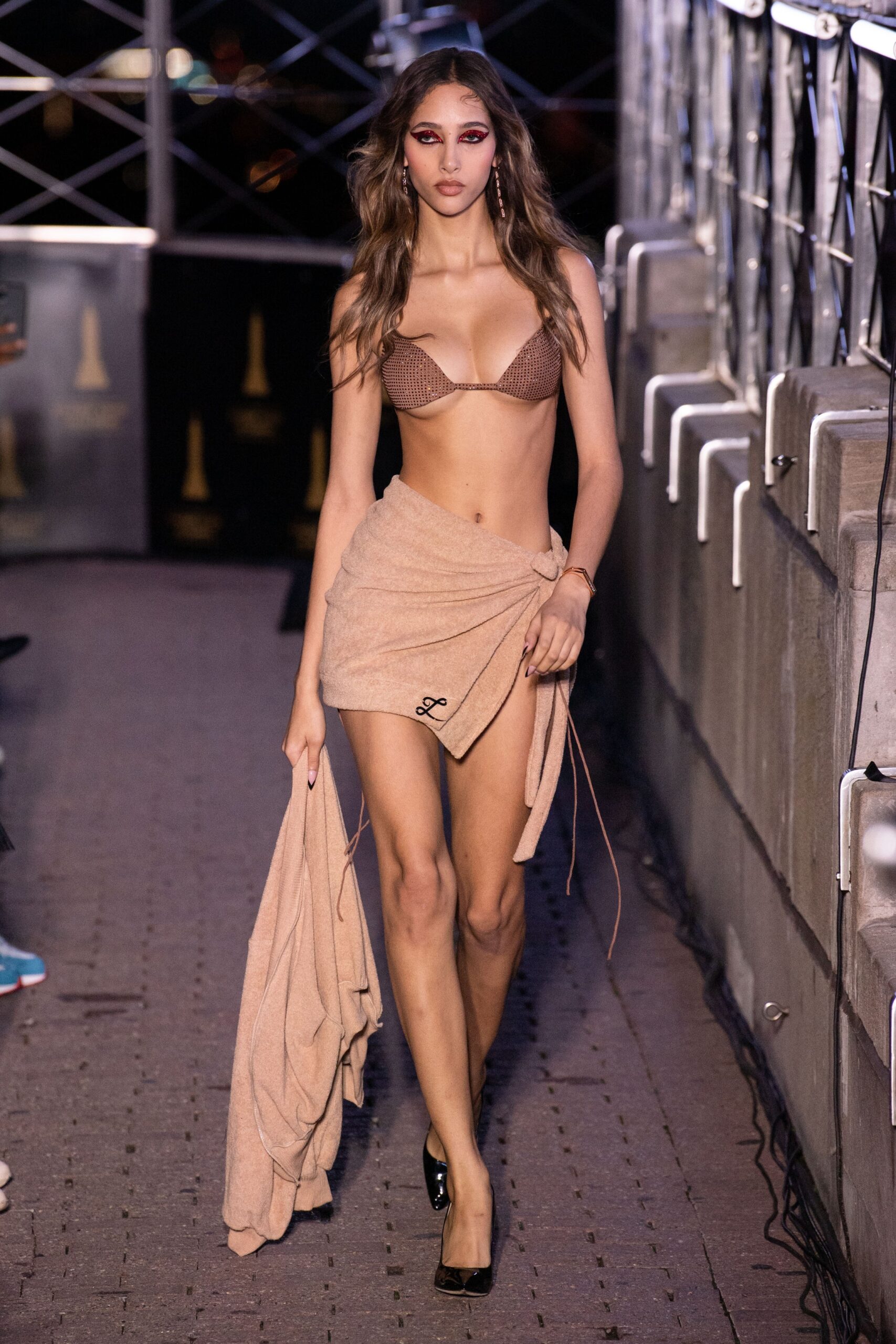 Collections presented on Fashion Weeks during the Fall season predict new colours, styles, shapes, and trends that will be in fashion in the upcoming year’s Spring-Summer seasons. So, the garments recently showcased on New York Fashion Week will be available in stores and worn by people during Summer 2022. By this time, we will most likely – and hopefully – be able to have our normal lives back and a nice vacation by the beach might be in everybody’s minds. Therefore, this might be the reason why designers are all thinking a lot about water for Spring-Summer 2022 collections. 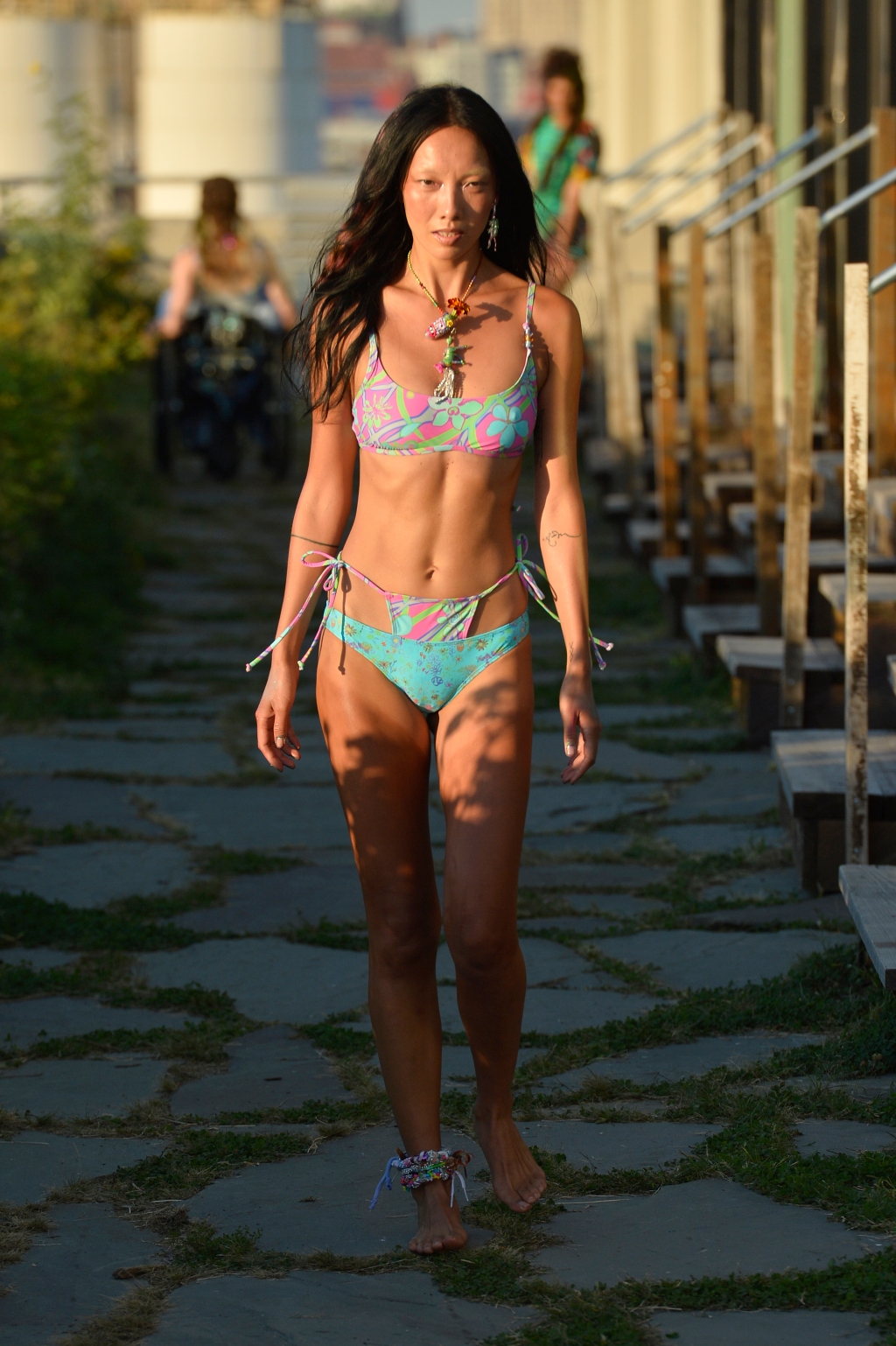 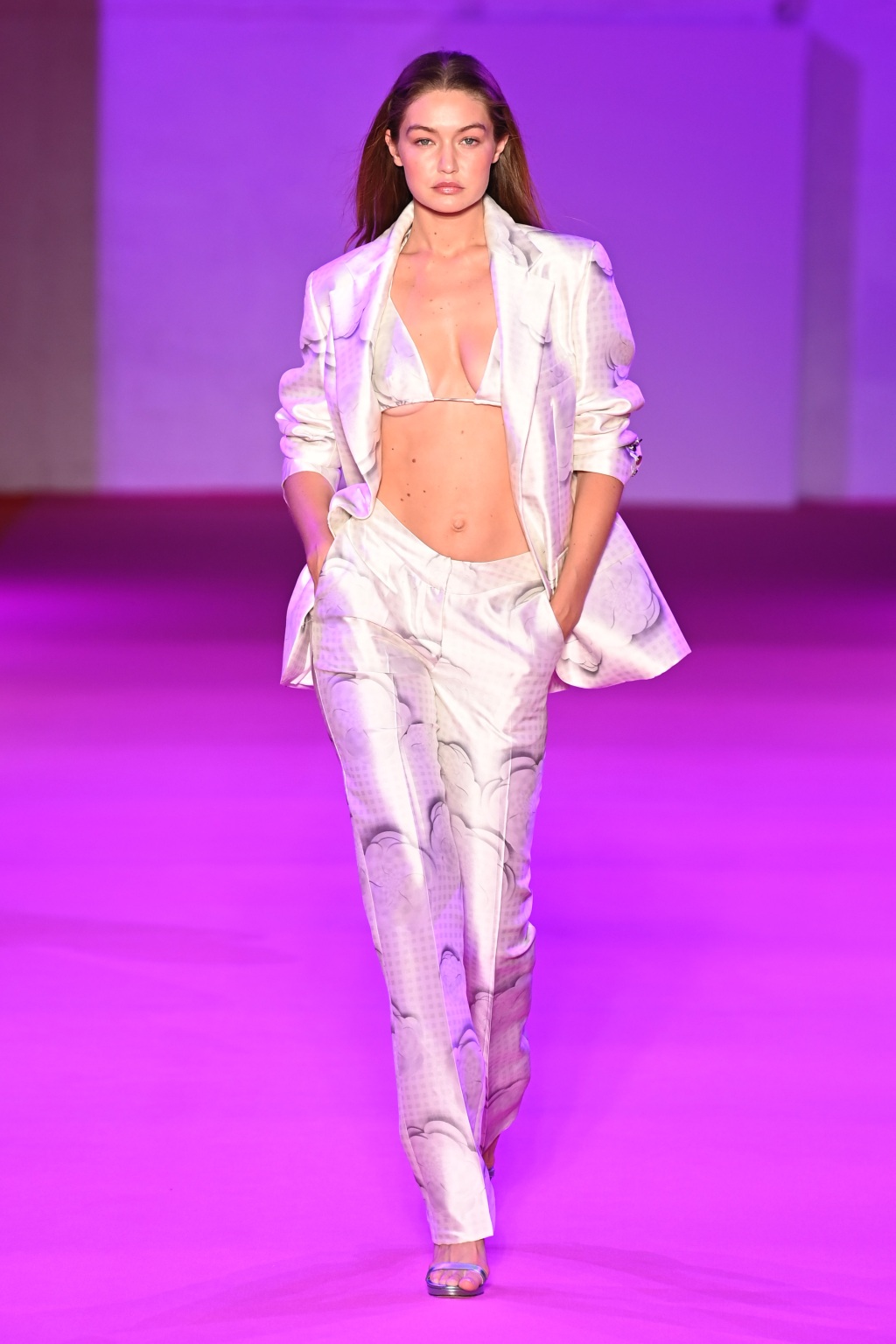 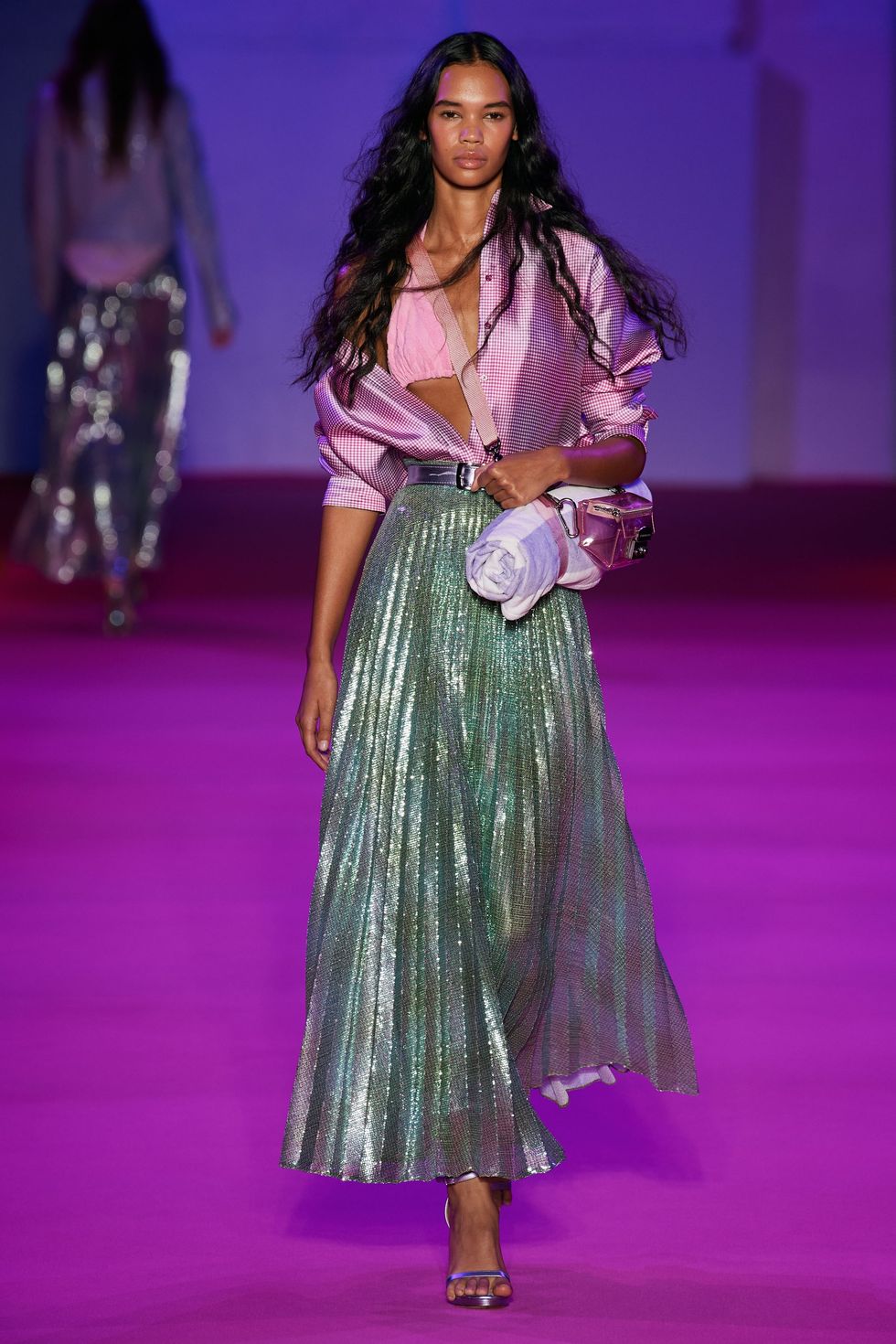 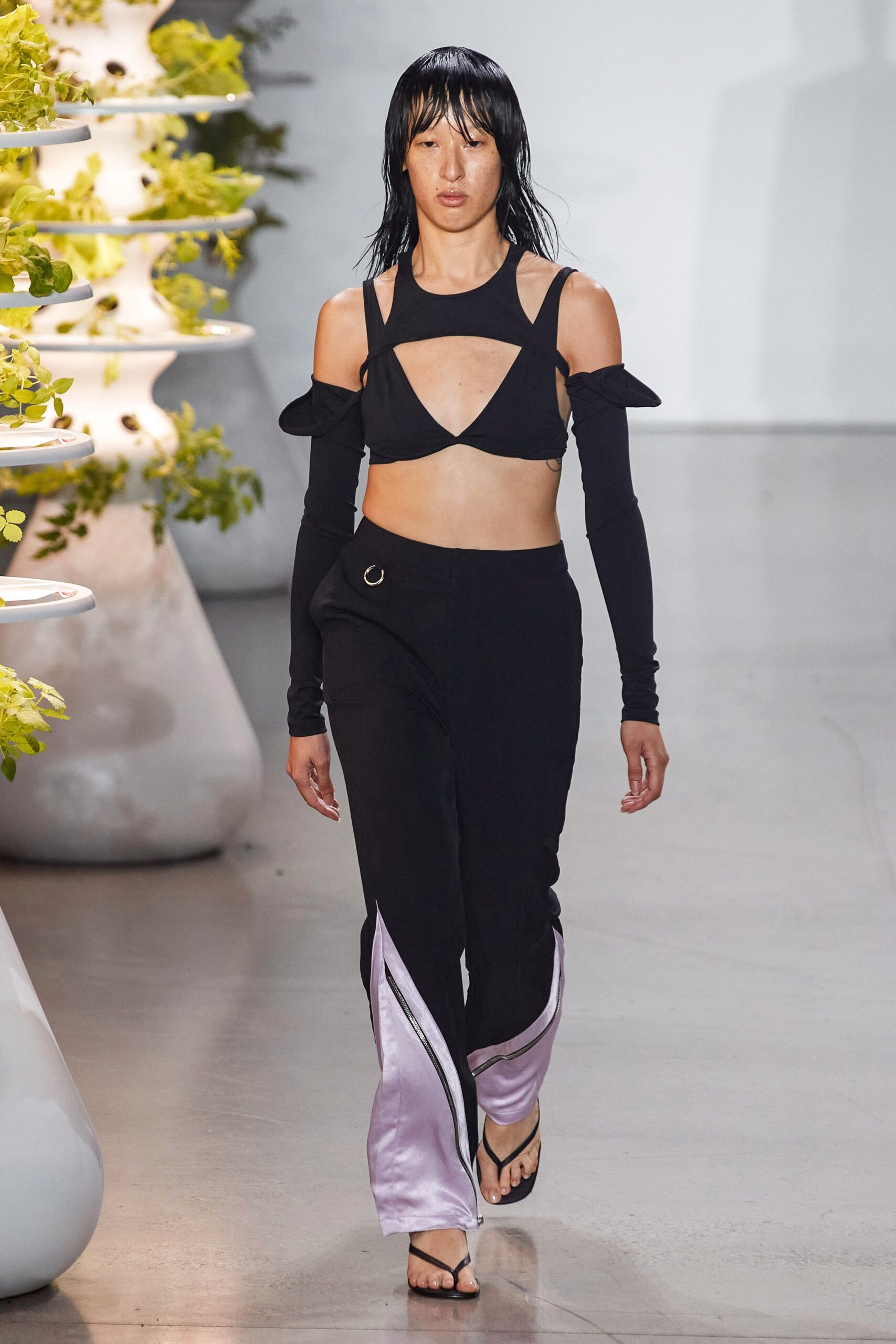 Bevza’s collection was inspired by the ocean. Besides the wet beauty – with humid, oily skin and wet hairdos and makeup, looking like models had just emerged from the water – the brand introduced some pieces in the shape of seashells as well as hats in the same format commonly used by sailors. The Proenza Schouler’s line had its inspiration from the Hawaiian island of Kauai, and it portrayed looks created from diving clothes. In addition, Proenza’s fashion show took place at New York City’s newly opened Little Island, meaning that the runway’s backdrop was… the water. Prabal Gurung’s backdrop was also the water, as well as Coach, whose show happened at Pier 76, by the Hudson River. Threeasfour exhibited a collection inspired by nature and its living beings, with an entire section dedicated to water. Naeem Kham’s show was all about summer trips to the beach and the looks kinda had a Versace vibe, with under-the-ocean printings. Nicole Miller’s inspiration came from the Y2K aesthetics of the “coconut girl”. As well, the looks were presented over a technicolour backdrop with beach scenes. Beachwear pieces were all over LaQuan Smith’s outfits: bikinis, swimsuits, and dresses and skirts made out of terry cloth mixed with casual clothing. Collina Strada also presented beachwear garments and little flower prints, frequently adored by the “coconut girls”. Brandon Maxwell introduced a line where bikinis were matched to tailors, skirts and shirts, and some models carried rolled towels as bags. Private Policy was another designer who showcased models walking the runway with a wet look aesthetic. Peter Do presented his amazing collection at Greenpoint, in Brooklyn, next to the East River, which means that the runway background was again the water. His models had the trendy wet beauty and the line included a few looks embroidered with Swarovski crystals that resembled water drops. 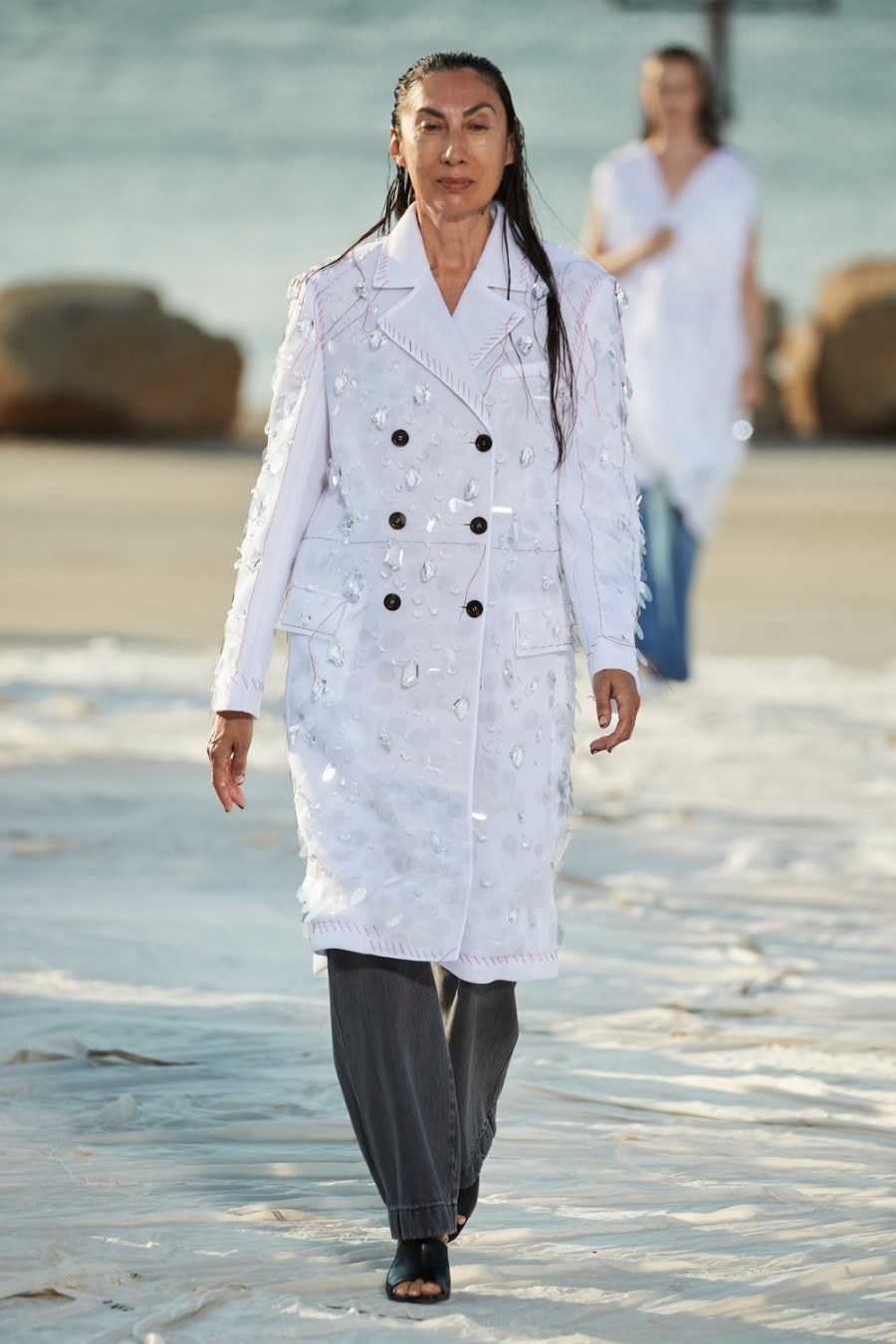 This obsession for water might have its origins in Prada’s Spring-Summer 2022 menswear collection: the end of the runway would lead models to a beach. When this show was presented, people interpreted it as if our world was leaving the pandemic’s enclosed life and going back to open spaces. During London Fashion Week, a few designers also incorporated water into their lineup presentations: Vivienne Westwood’s collection was inspired by her Summer 1998 line and it explored English pirates with backdrops that represented parts of a ship; David Koma’s models had wet looks and walked over water at London Aquatic Center, wearing bikinis, swimsuits, and diving suits mixed with glamorous pieces; and Nensi Dojaka had models in beachwear as well. 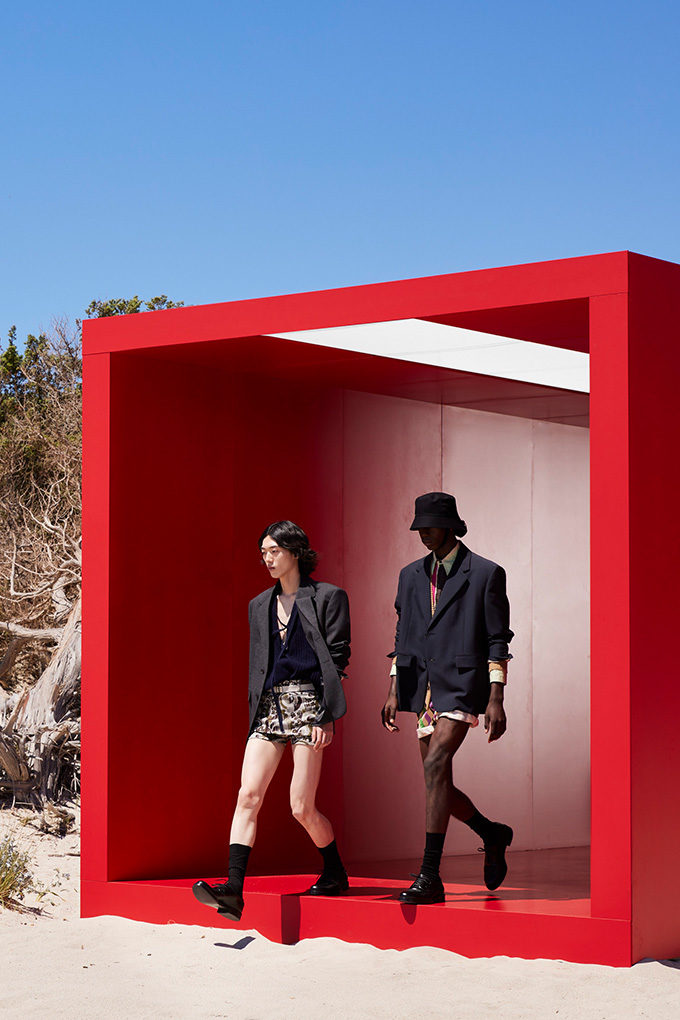 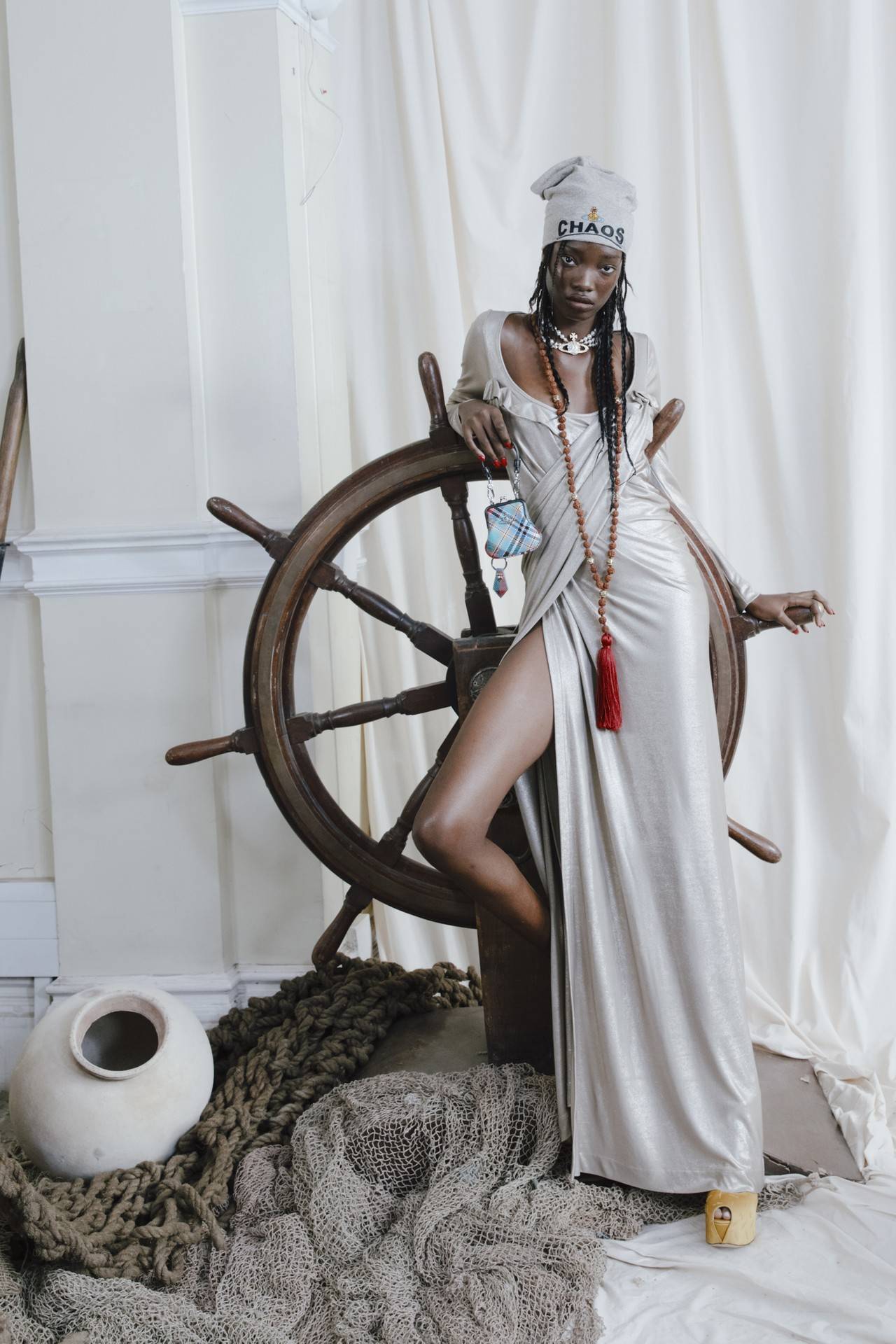 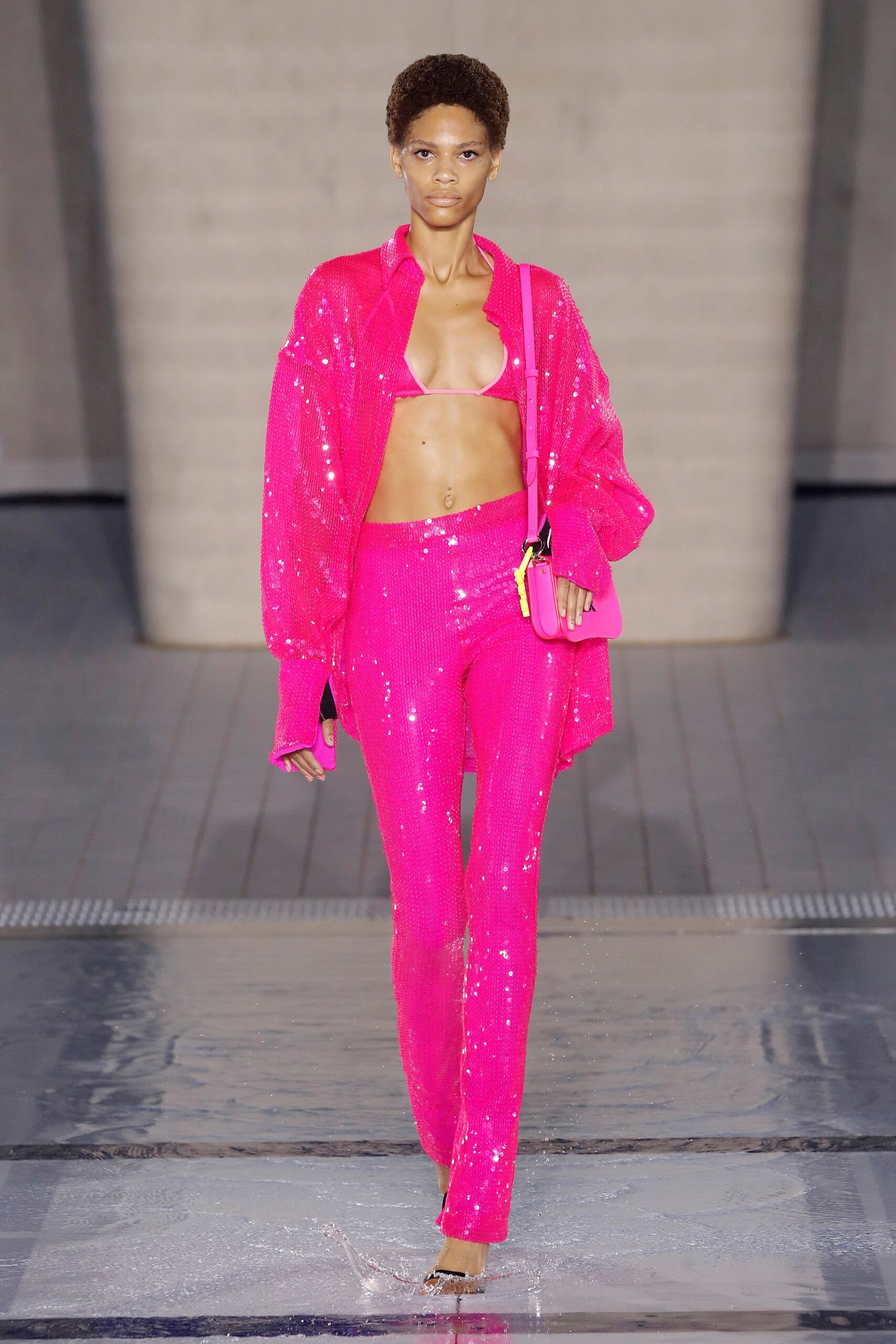 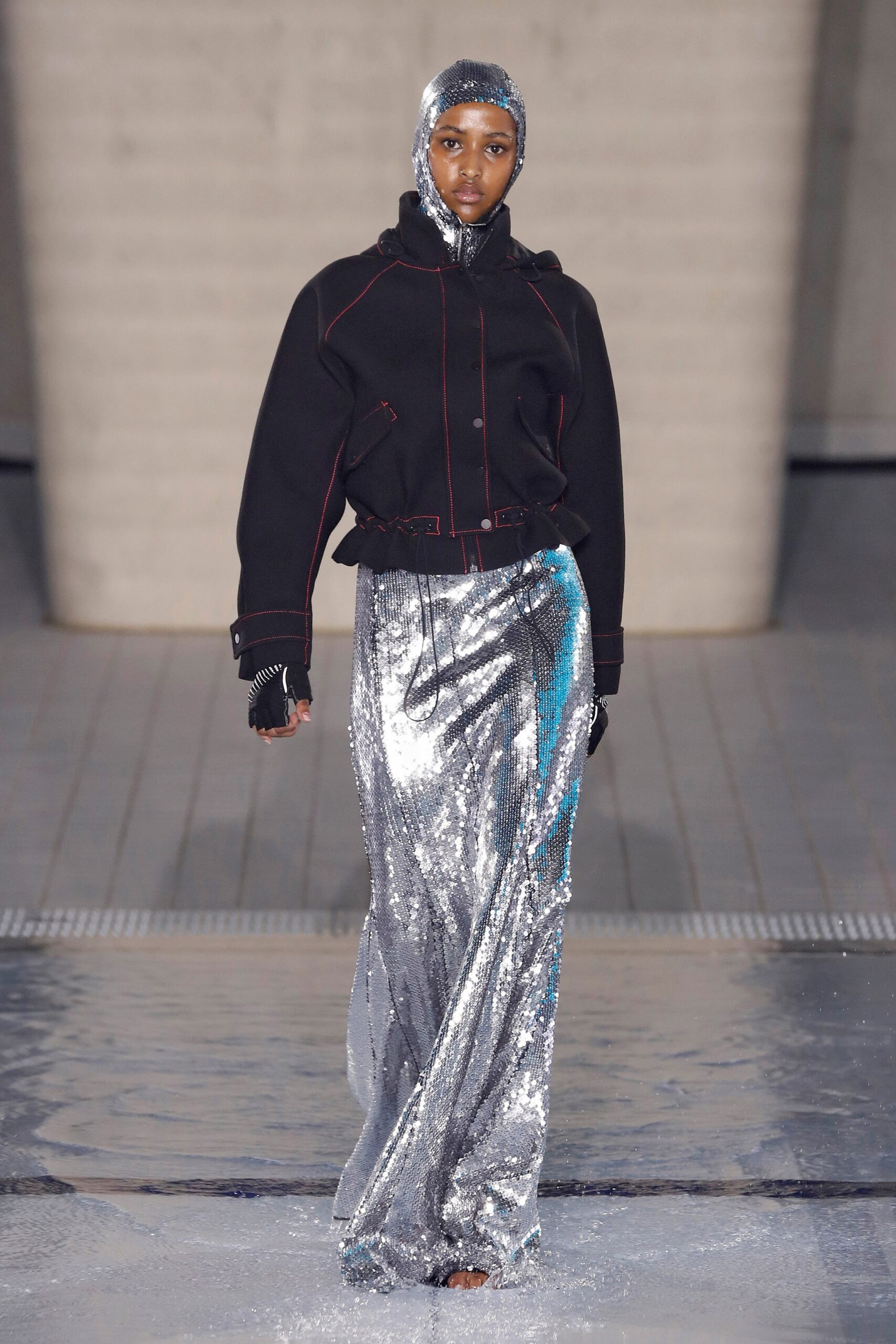 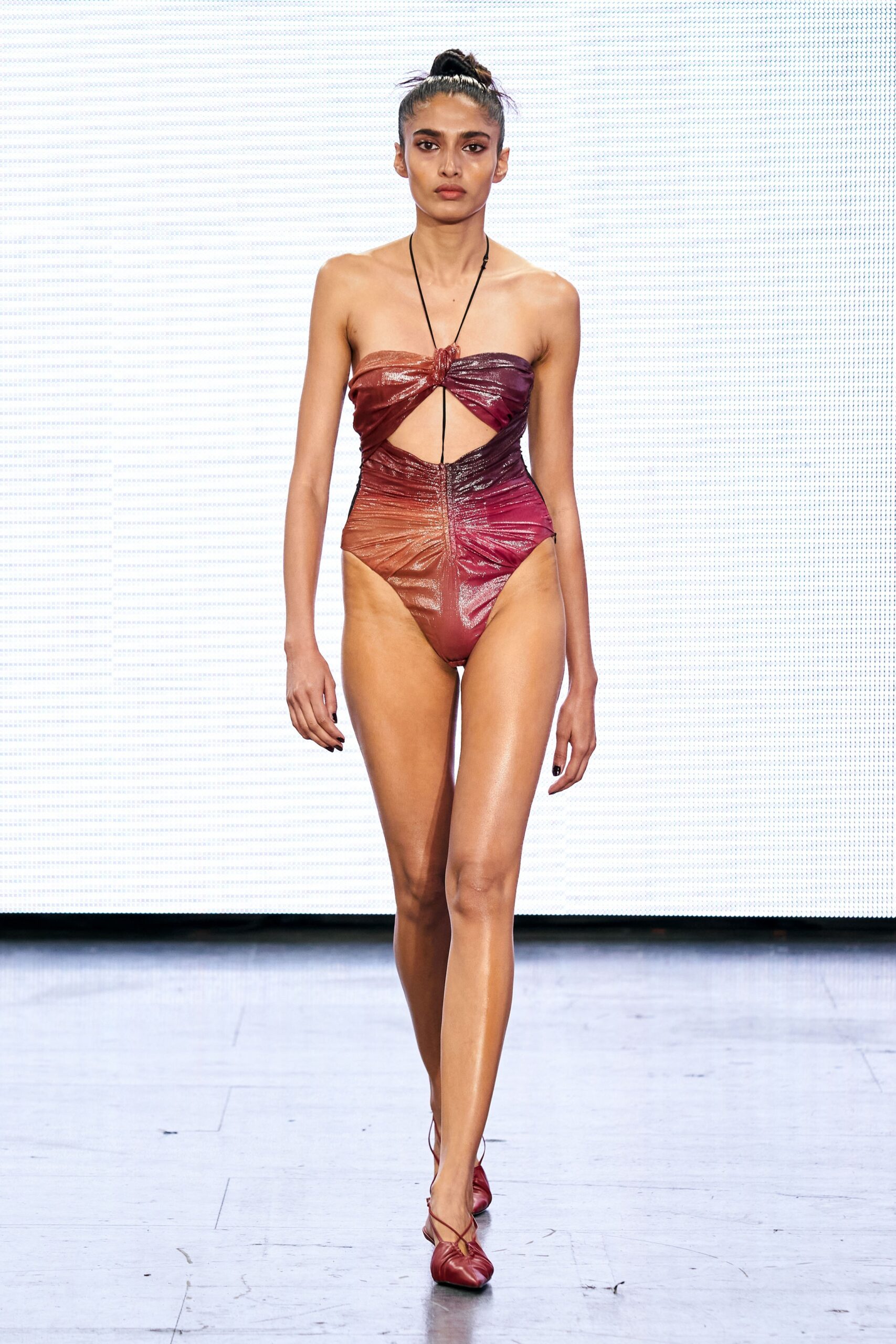 If designers are so interested in water, the colour blue can be a trend during Summer 2022, correct? Wrong! We saw from the water “theme” a broad use of the colour orange since it is the complementary colour of blue. Prabal Gurung, Proenza Schouler, Frederick Anderson, Carolina Herrera, Collina Strada, Moschino, and Monse were just a few of the names who presented orange outfits. 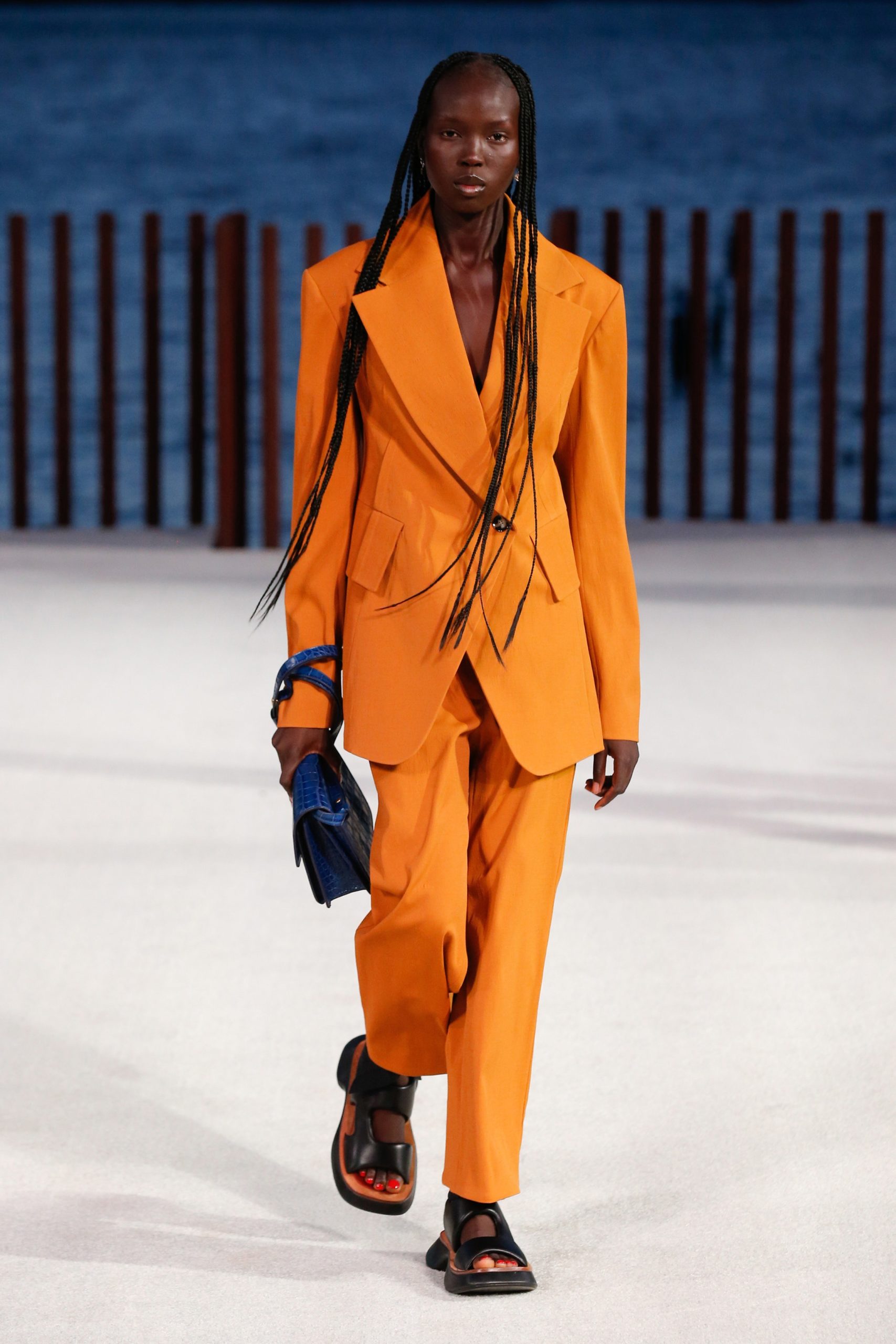 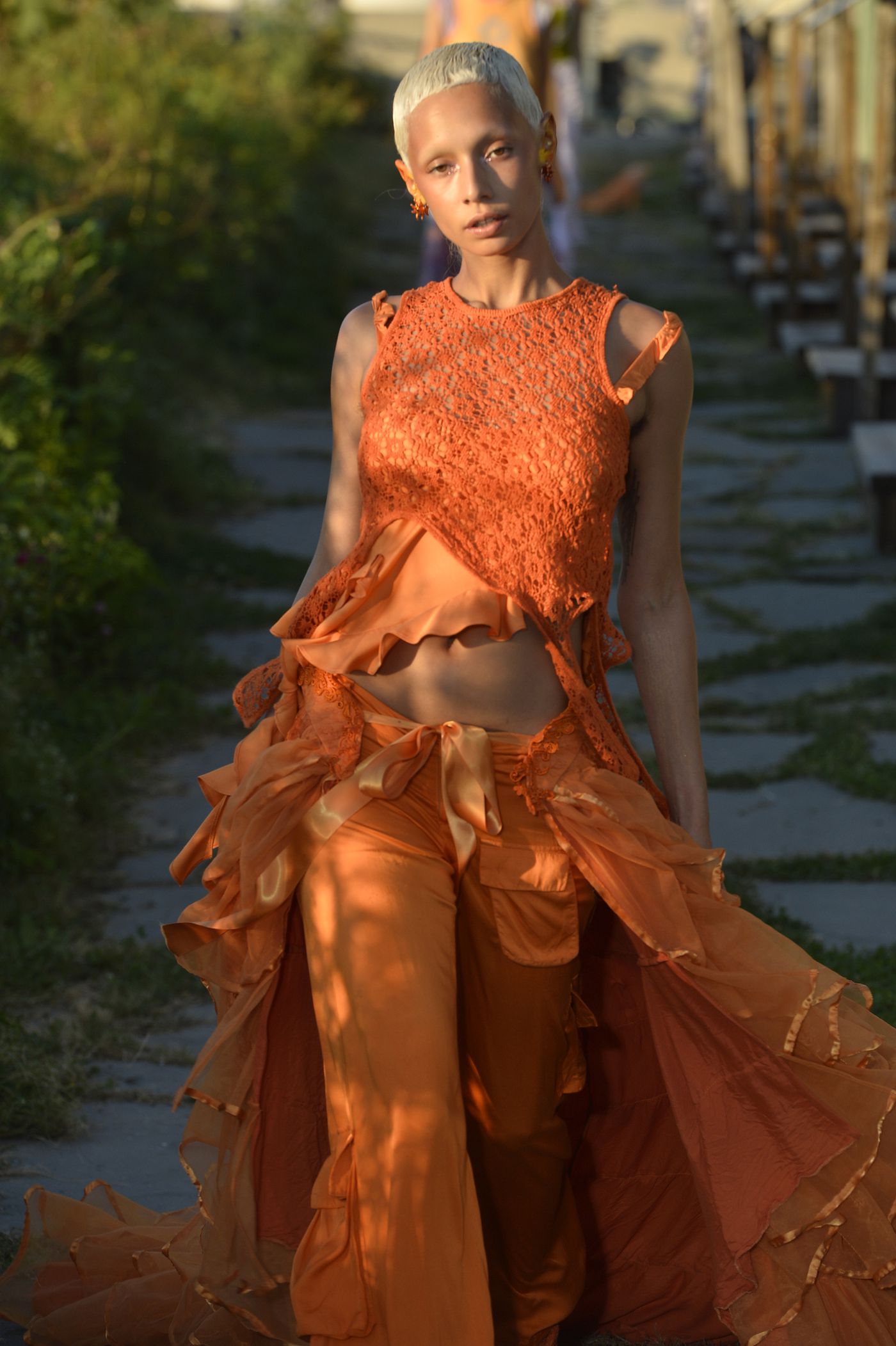 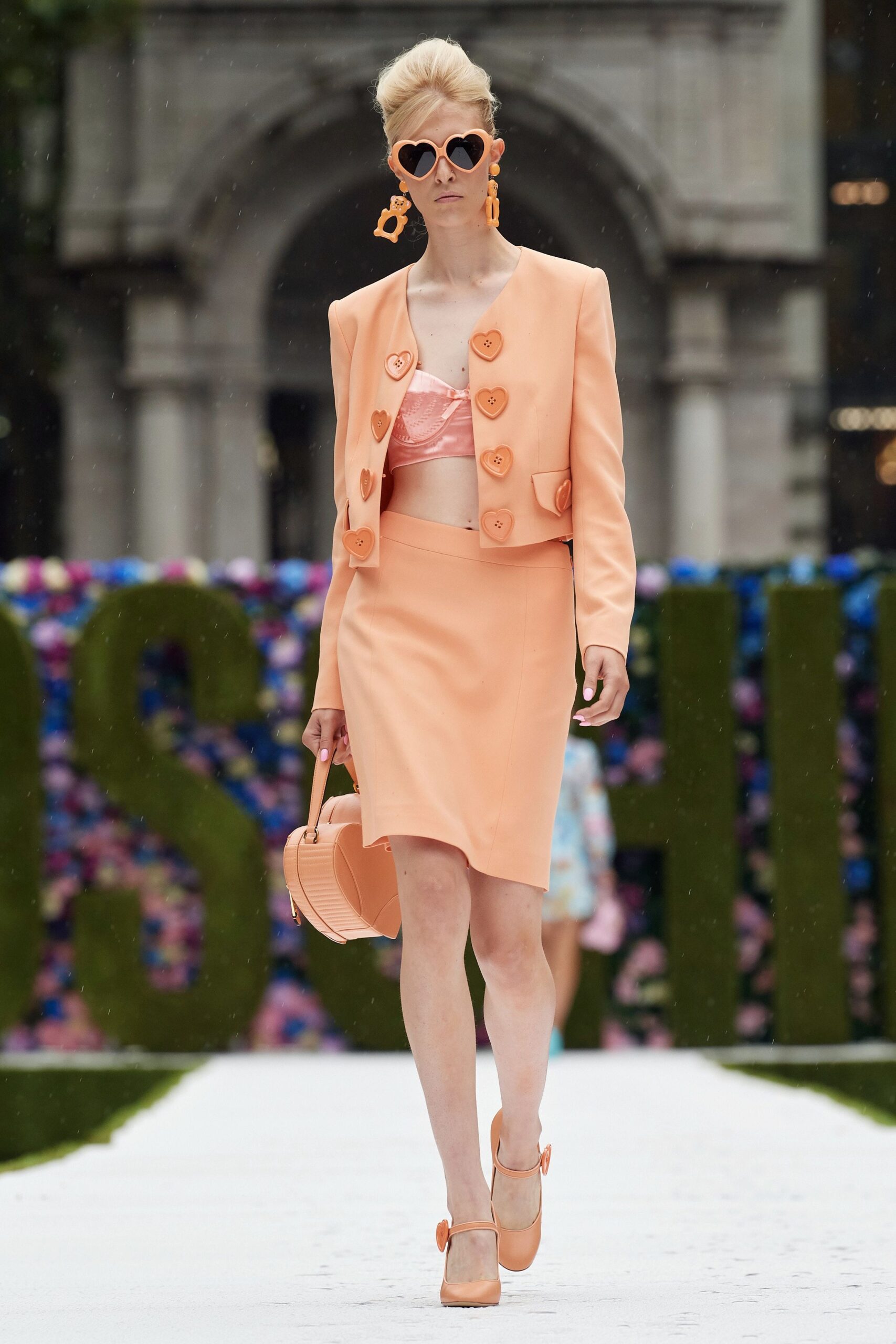 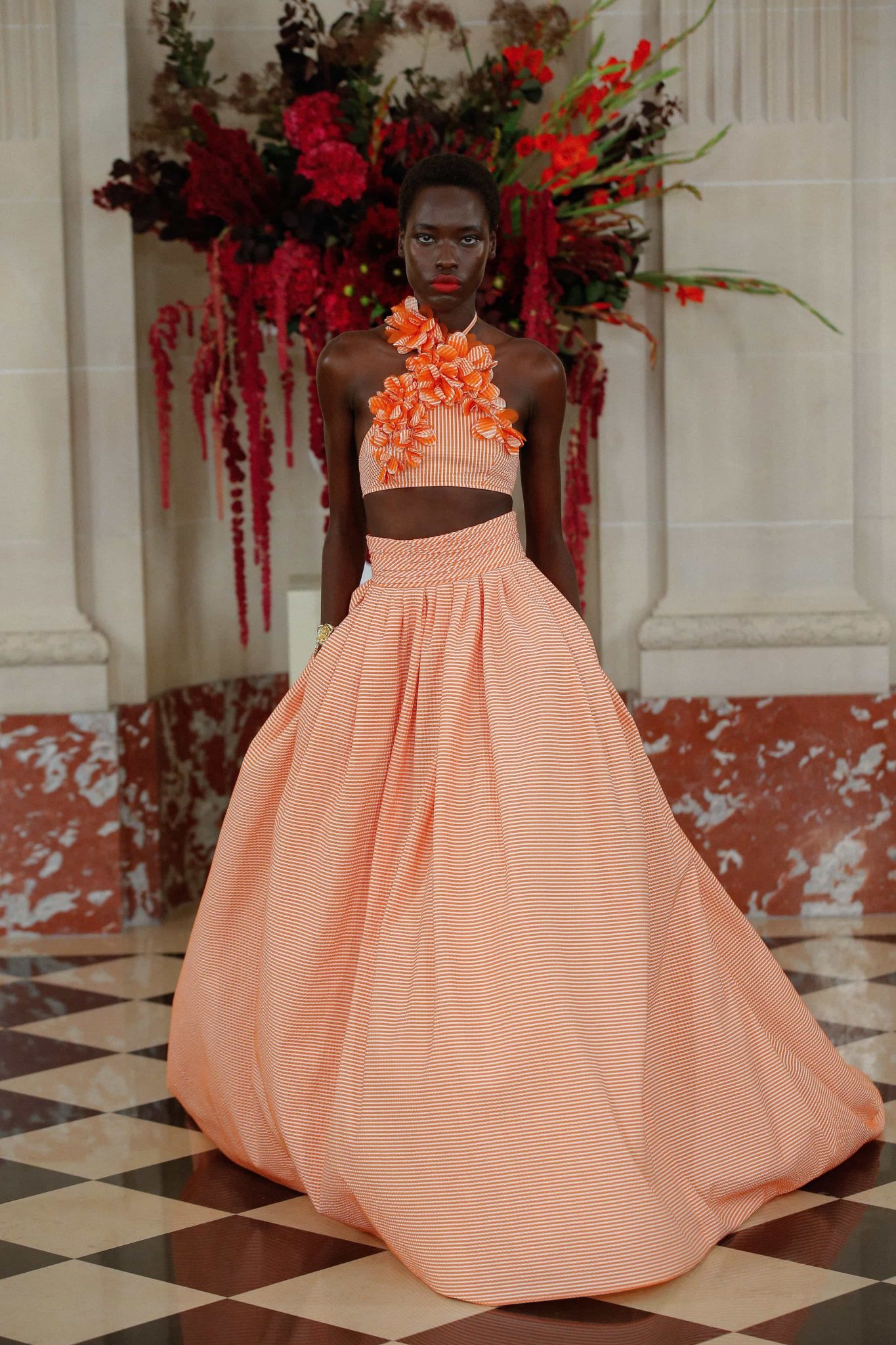 On a 1 to 10 scale, how excited are you for Summer 2022? What are your thoughts on the water “theme”? We will probably be seeing more collections portraying water in the next Fashion Weeks.