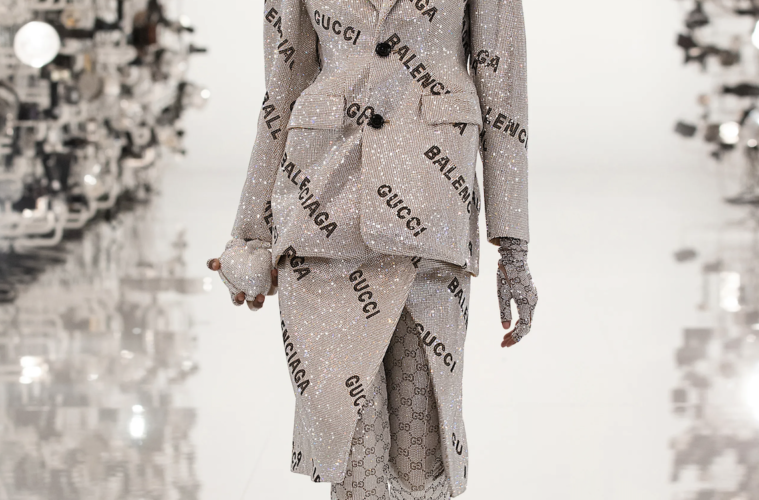 Last Thursday, April 15th, Gucci debuted its “Aria” collection through a short fashion film to celebrate the brand’s 100th birthday this year. Two of the world’s most famous high-end luxury brands come together in many looks worn during this runway show. In what he has called a “hacking lab made of incursions and metamorphoses”, Gucci’s creative director, Alessandro Michele incorporated Balenciaga’s logo and aesthetic into some of the latest Gucci pieces. 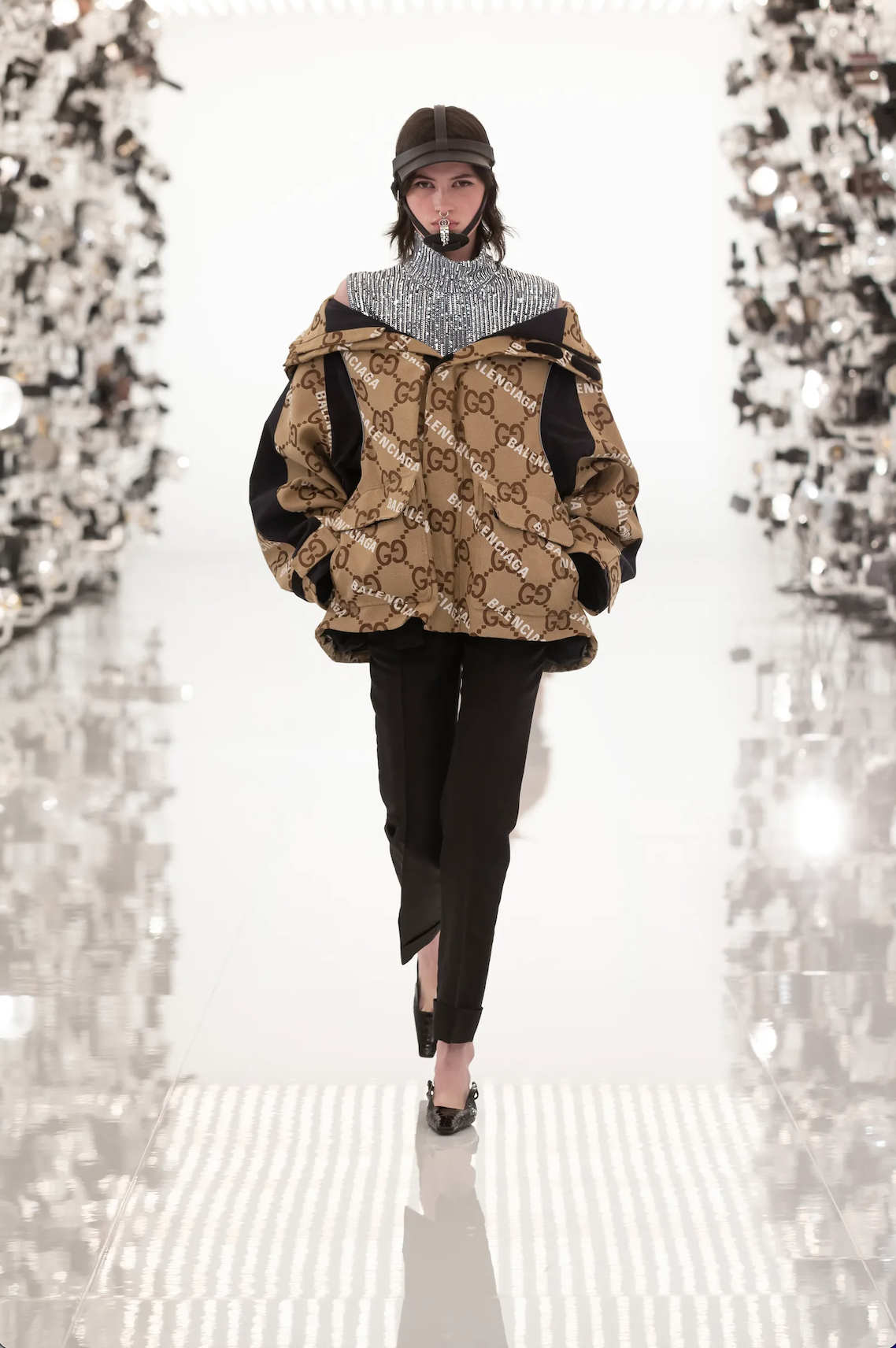 Earlier this week, rumors arose in the fashion industry about an alleged Gucci and Balenciaga collaboration. Aria partly confirmed these rumors with the looks shown on its runway. The brands, however, are not formally calling this a ‘collaboration’, although both Balenciaga and Gucci belong to the Kering Group, which is why it is no issue that their styles and logos collide.

The runway in Aria is a narrow hallway that begins with a door, is surrounded by hundreds of cameras on the walls, and ends with the camera recording the film. Michele co-directed the short film together with award-winning photographer and director Floria Sigismondi. Loyal to the luxury brand’s style, its authenticity, and genuineness, the runway’s soundtrack was composed exclusively of songs that mentioned the brand, like Lil Pump’s Gucci Gang and Bhad Bhabie’s Gucci Flip Flops. 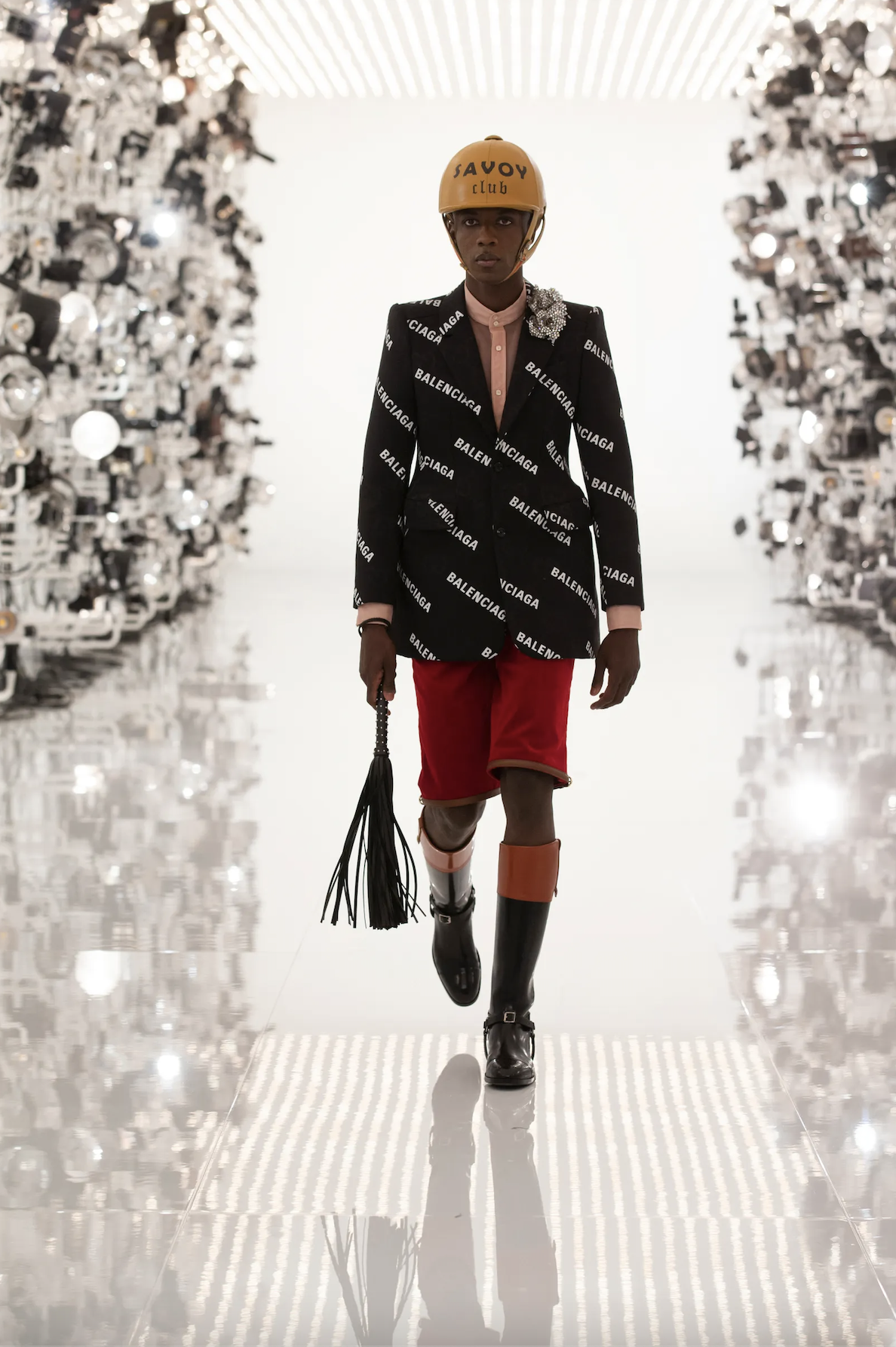 The collection at display in Aria showcased looks inspired by Gucci’s history. Besides the pieces (dubbed by fans as ‘Gucciaga’) product of the merging of brands, one of the most notable were the models dressed in Gucci-style leather equestrian gear.

“Demna really enjoyed the idea of me using his patterns, his styles, to transform them into something else,” Michele said about his merging of designs and conversation with Balenciaga’s creative director, Demna Gvasalia. “He found it really funny. I thought that was nice, also thinking about the eternal youth that has captivated both houses.”