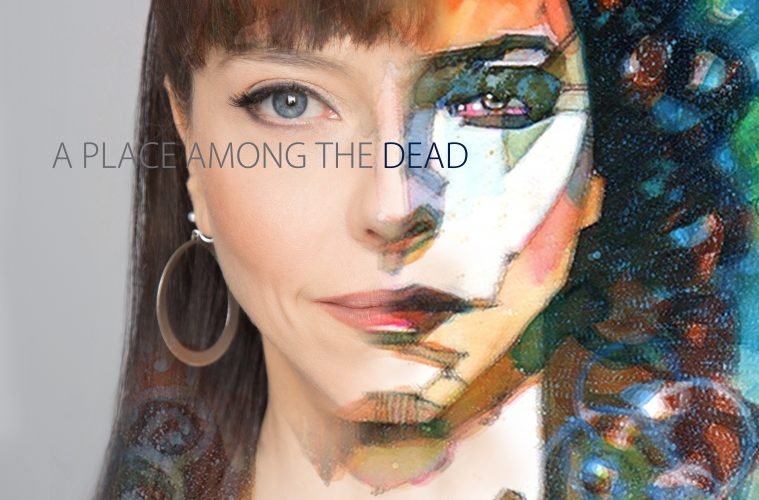 Interviewing Juliet Landau on directing A Place Among the Dead (2020)

From acting in one of the most famous vampire-themed dramas in television to directing her first feature film, Juliet Landau is set to premiere her directorial debut on October 30th at US Laemmle Theatres, November 9th the rest of the World. Landau is best known for her role in Buffy the Vampire Slayer and spin-off Angel, playing the villain “Drusilla.” According to Deadline, her film, A Place Among the Dead (2020), mixes facts with fantasy and fiction. The first-time director uses the vampire genre to “explore the repercussions of growing up under the sway of narcissism and evil”. 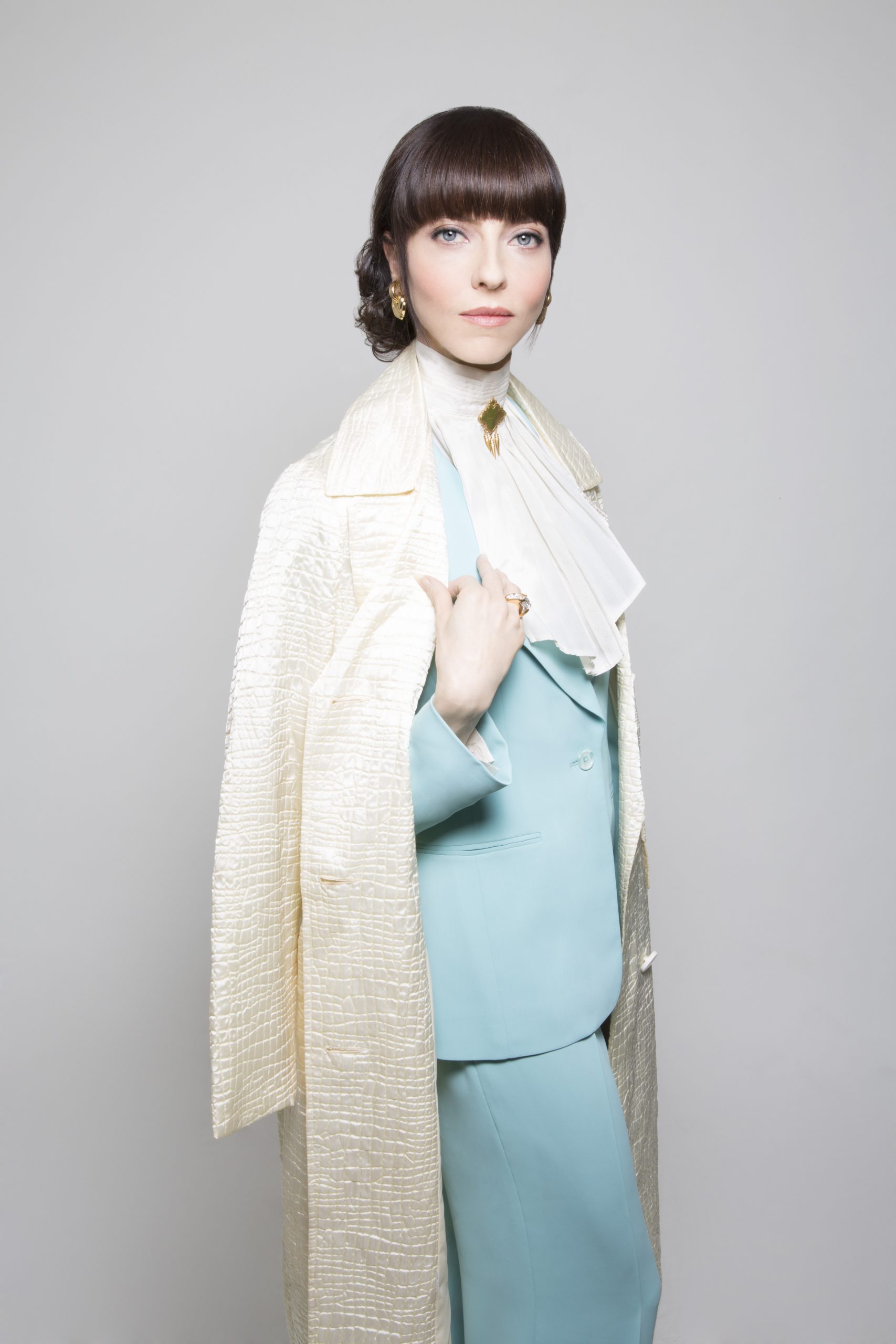 You have participated in a couple of vampire-themed projects, which one was your favorite one, and why?

I am really excited about the worldwide release of A PLACE AMONG THE DEAD in which I use the vampire genre, not only to make an entertaining movie but to lull the audience into a sense of safety to explore radical ideas. As you mentioned, the film is about the repercussions of growing up under the sway of narcissism and evil. If you think about it, the vampire is the perfect metaphor for the ultimate narcissist. The vampire is a being, which takes all for its own needs, drains time, energy, lifeforce, saps all for its survival. It often mesmerizes people, has them in its thrall. You invite them in. With the character in A PLACE AMONG THE DEAD, you’re never really sure… Is he a vampire or mass murder? Regardless, the traits are the same.

As an actress-made-director, how have your acting experiences influenced and nurtured your choice to direct yourself?

It’s a great benefit having spent so much time on sets. There is a lot of time in between set-ups for shots so you can watch, absorb, and learn. Rather than going back to my trailer, I often stay by the director near the camera or by “video village,” where the monitors are, so I can watch the scenes I’m not acting in. I’ve had the great opportunity to work with incredible directors like Tim Burton, Joss Whedon, Stephen Frears. My aim was to emulate that and create an environment on my set as these masters do on theirs. I wanted to foster creativity and exploration. You want to create an atmosphere of relaxed focus, to engender trust so everyone brings their A-game… One of the interesting aspects of this project was switching back and forth between acting and directing. One is subjective and one is objective…

How did your previous roles (in productions with vampires) inspire your motivation to create this particular film?

Since A PLACE AMONG THE DEAD is a meld of fact, fiction, and the fantastical, it was an interesting factual aspect to bring to the movie. I wanted to blur the lines… The movie is a psychological thriller. Since you are in Jules’ perspective for a lot of the movie, you are kept off-balance. It’s an emotional and visceral ride. 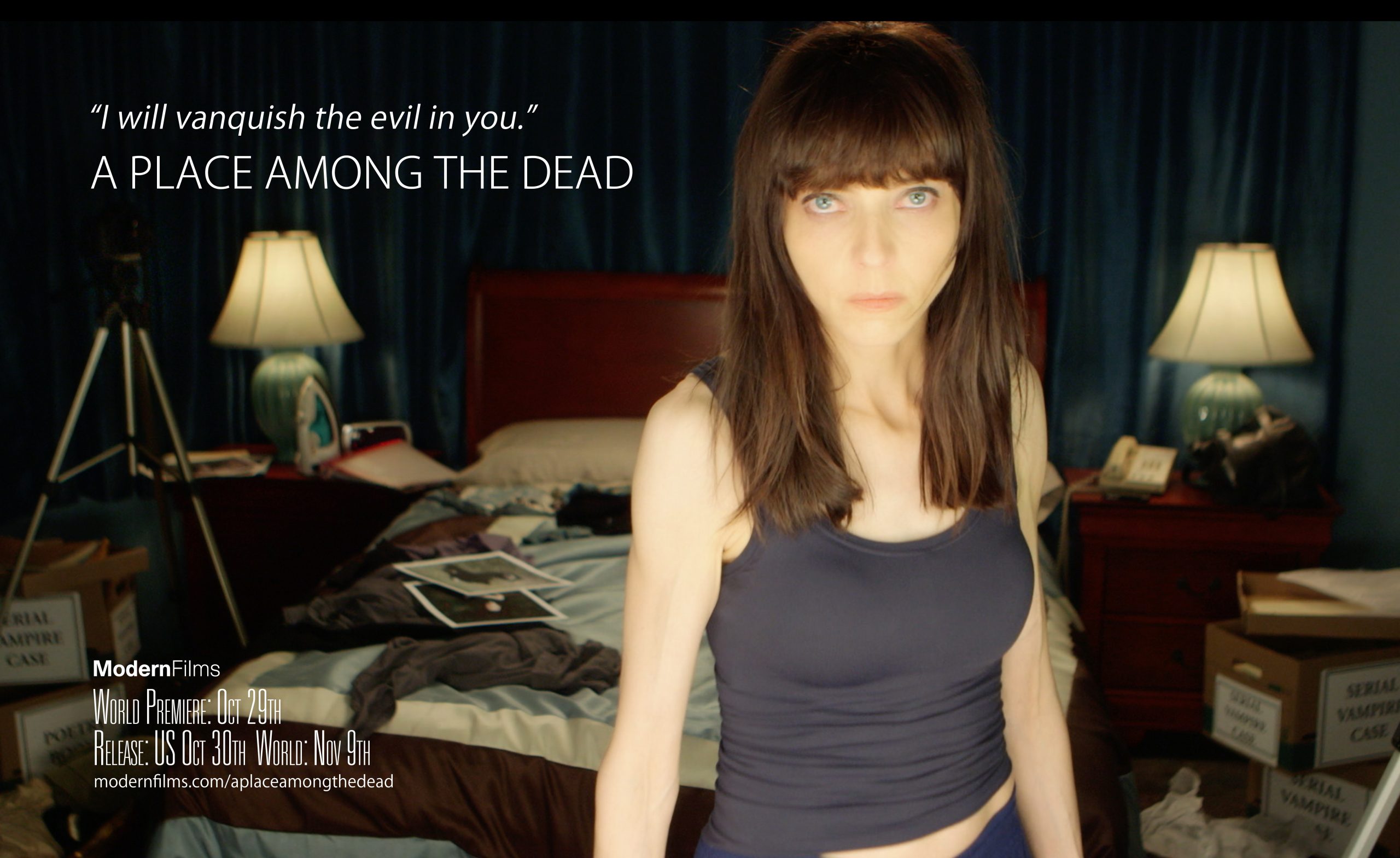 As an actress, when in trouble, you could ask the director for advice. As a director, who do you turn to when needed?

My husband has been on this journey all the way through. He co-wrote and co-produced with me. He is a cinematographer and stills photographer. He shot some of the movies too, along with our directors of photography, Akis Konstantakopoulos. Dev and I have different strengths, which are amazing to pool. He’s the one I turned to on set and who I turn to always!

Considering how hard the pandemic has hit the film industry worldwide, has it affected your film’s production or postproduction in any way?

It’s such a crazy time. So many people have died and are sick. We feel fortunate to be safe and well. As far as the project, originally, we were going to be in theaters but now, of course, all is virtual, including our US run at Laemmle Theatres. Oh! By the way, we will be having our Worldwide Virtual Premiere on Oct 29th and special preview screening events Halloween weekend. The link for tickets is: https://www.modernfilms.com/aplaceamongthedead.

Can you tell us about your role as the protagonist ‘Jules’ in A Place Among the Dead?

Yes. I play an alter ego version of myself, as do the following actors who have what I like to call “cameos on steroids” because they are much larger than traditional cameos: Gary Oldman, Ron Perlman, Robert Patrick, Lance Henriksen, Joss Whedon, and Anne Rice, appearing for the first time ever in a film. To quote the old adage, “the more personal… the more universal.” I made the film searingly personal to invite the viewer to do the same, to give voice to what has affected many, and to open up a discussion.  It’s one of the reasons I’m excited that Modern Films is our home. We’ve crafted a traditional release plan and with the online events we have on the books and are continuing to put together, I will get to talk directly with people about the movie after a number of showings. It’s a new way to have a communal experience. On Oct 30th the film screens at 11:40 PST 2:40 EST 7:40 pm UK time and on the 31st at 10 am PST 1 pm EST and 6 pm UK time.

What advice would you give to actors (like yourself) who want to try out other roles in production, such as directing?

I would say go for it. Make sure you are passionate about the project because you will be eating, sleeping, breathing it. Learn from the masters and then stick to your vision and break the rules if need be! 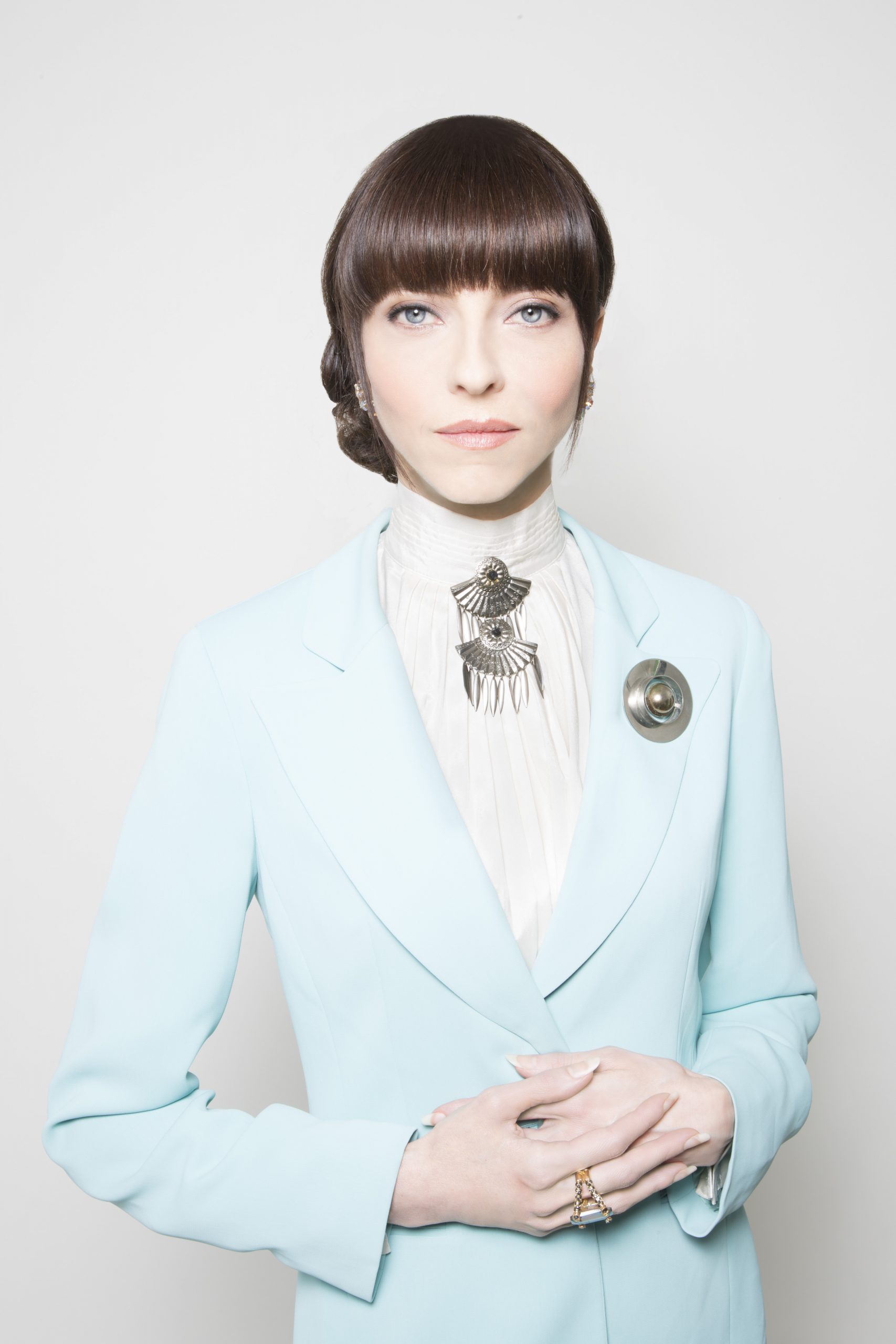 What has been your favourite takeaway from this directorial debut?

I loved so many aspects… Working with our actors, working intensely with our talented editor, Patrick Sheffield, who edited the BAFTA-nominated TIM’S VERMEER, working so closely with our brilliant composer, Monica Richards, colour-correcting at FotoKem. One of the most rewarding things has been the conversation and personal stories shared by the audience at our sneak-peeks, when we completed the film, just before lockdown.

How would you want the audience to feel after watching A Place Among the Dead?

The movies I love are movies I can watch again and again. Actually, I have to watch them more than once. I like it when a movie speaks to people differently. My husband and I say if we had seen a movie like this when we were 18, it would have changed the course and journey of our lives. It’s an alternate narrative to what is usually put forth. For people who come from or have been in the orbit or narcissists and evil, it may feel familiar. One of our producers, who hasn’t, said he understood psychological abuse in an experiential way, as he never had before. It’s like the fable of the two wolves… which one will be fed. Will my character Jules go toward the light or plummet towards the darkness? You’ll have to see the movie to find out!