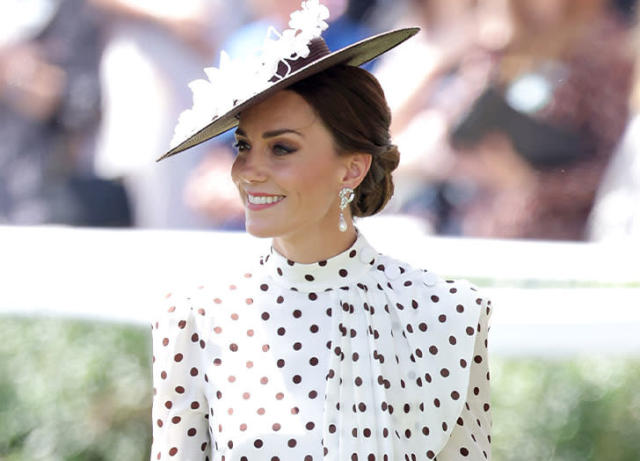 During this year’s Royal Ascot, Kate Middleton stuns in a silk white dress with brown polka dots by designer, Alessandra Riche. She attended the event with her husband Prince William in the traditional horse and carriage procession. She looked regal and beautiful as ever while resembling her late mother-in-law, Princess Diana. This was Kate’s fourth appearance at the famous horse race in Britain and this year she honoured Diana in two special ways. The first resemblance is the outfit. In 1988, Diana wore a similar white polka-dot dress by Victor Edelstein to the same event. Kate often honours Diana through statement fashion pieces at many British royal outings. It was only fitting that people were quick to point out the resemblance between mother and daughter-in-law. Kate’s high-neck and dramatic puffed shoulder is vintage inspired from “80s yacht club culture” as stated from the designer. Not to mention, polka-dots were a very popular pattern to wear in the eighties. You can purchase Kate’s Alessandra Riche dress for $3295 here. 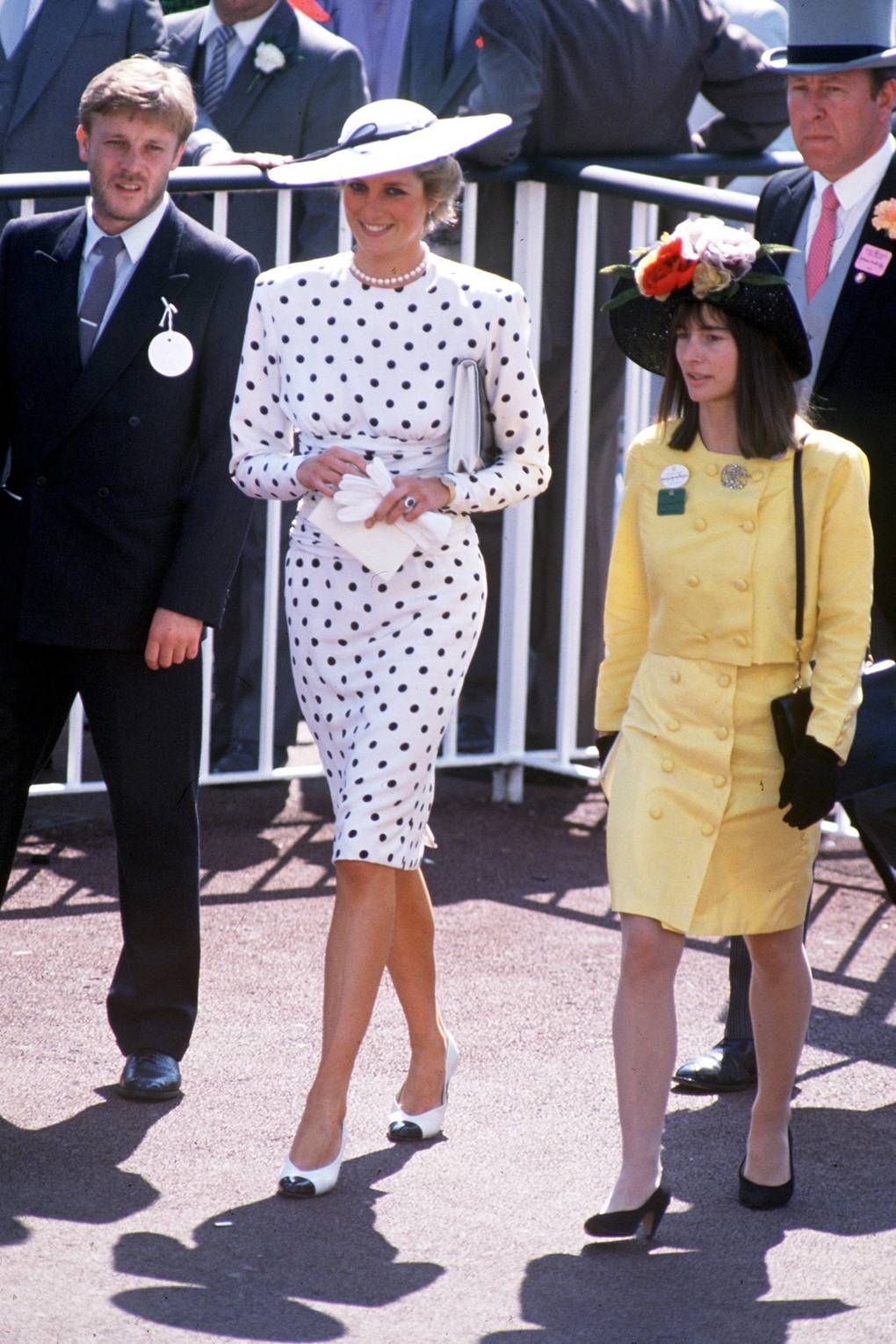 Kate’s hair was up in an elegant bun, making her earrings noticeably recognizable. She again honoured Diana by wearing her diamond and pearl earrings (which Kate altered the earrings to a smaller pearl). This piece of jewelry is significant as they are apart of Diana’s collection where she wore them to several events while married to Prince Charles. Kate has also worn these earrings in honouring Diana at several other events such as the 2019 BAFTAs in London. Another honourable mention, is the resemblance of how they styled both looks by playing off the colours and patterns of their dresses. Diana wore a matching polka-dot hat, while Kate opted for a dark brown hat accessorized with white 3D flowers. However, they both wore a similar style which was a simple large, flat-top hat. Kate also wore a matching brown clutch and suede shoes, while Diana wore black and white heels and clutch.

It has become Kate’s fashion royal protocol to carry out her late mother-in-law’s legacy as a fashion icon and does she ever do it so elegantly.