The “Titanic” actor, who turned 48 on November 11, celebrated in style at a private mansion with a party that was attended by many A-list celebrities. 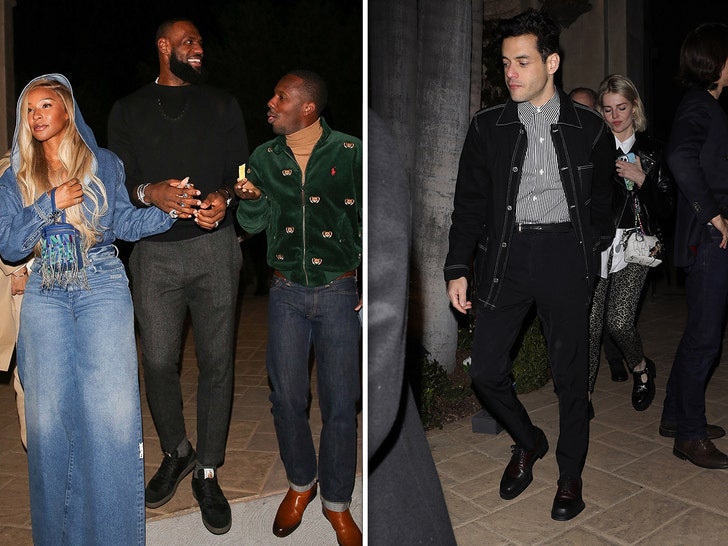 Leonardo held a huge birthday party in a private Beverly Hills mansion, where many well-known people were spotted arriving and departing all night long. It was a true Hollywood who’s who, something that only a select few can accomplish.

Leo reportedly asked guests to put their phones in safe bags before entering the party, so you might not be seeing many pictures uploaded on anyone’s Story.

Model Gigi Hadid, who DiCaprio has been romantically linked to since his breakup with ex-girlfriend Camila Morrone, 25, this summer, was not seen arriving at the party.

A source close to Hadid, 27, told earlier this month that she and DiCaprio are still enjoying each other’s company. They “are seeing each other in New York City when they can,” according to the source, and the model is having “fun dating Leo.”

Hadid and DiCaprio were last seen together in September at a New York Fashion Week party.

According to a previous source, “She seems very happy and excited about seeing him. She is attracted to him. He treats her really well. She finds him mature and charming.”

Nonetheless, Hadid’s “first priority is being Mom,” according to the source.

In September 2020, she and ex-Zayn Malik welcomed their first child together, a 2-year-old daughter Khai. Having followed an alleged altercation with Hadid’s mother, Yolanda Hadid, the couple split in October of the very next year.