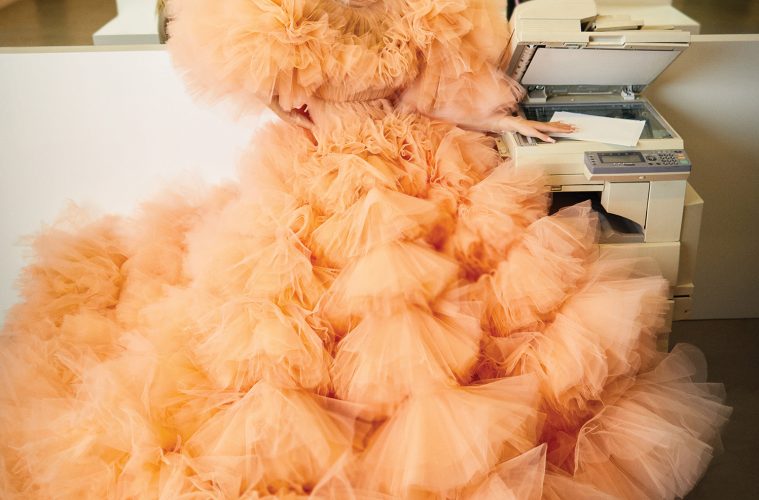 Let Them Eat Cake: Why is Fashion Obsessed with Marie Antoinette?

Pastel bouffants, hippy crinoline’s and blouses full with layered lace bell sleeves, modelled after the late queen of France.  At Milan Fashion Week Fall/Winter 2020, Jeremy Scott stayed true to his aesthetic of unwearable ready-to-wear.  Instagram and twitter feeds from the fashion world were flush with Moschino’s latest pastel-infused collection.  Scott was unafraid to take the proclamation from Sofia Coppola’s biopic, “she looks like a little piece of cake” quite literally.

Gowns designed in the likeness of tiered wedding cakes, causing every single 90’s girl to reminisce over her childhood cupcake doll.  Scott is certainly not the first designer, (or stylist, or photographer) to use the infamous queen as creative muse.  Fashion, it would seem, cannot say, “no” to a Marie Antoinette reference.  Let’s have a look at where her likeness has popped up on the runway and between the sheets of editorial spreads throughout the years. 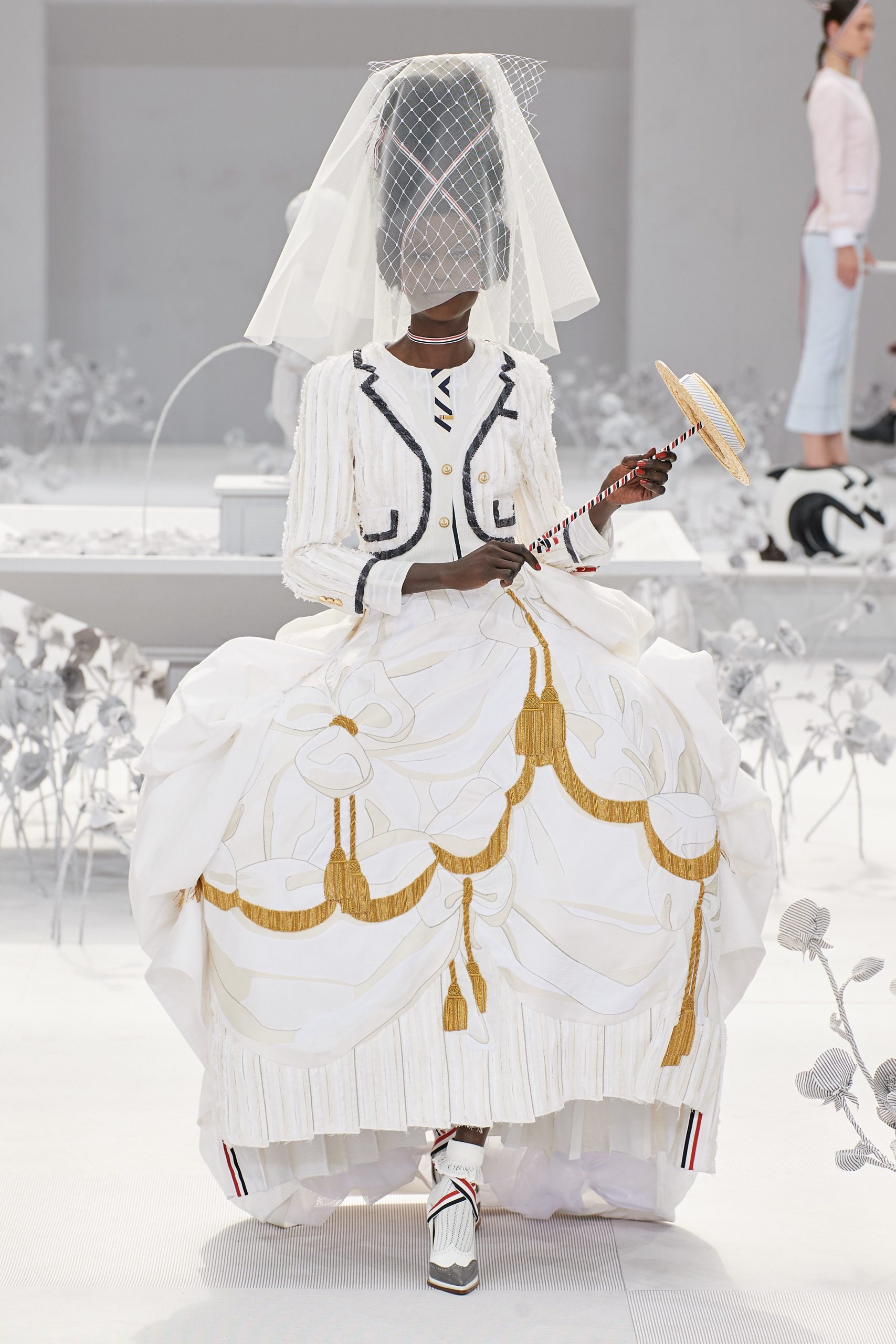 It was only last fall at his Spring/Summer 2020 collection, that Thom Browne had fashion’s favourite historic royal walking the runway, pushing a baby carriage to the theme of the Teletubbies. 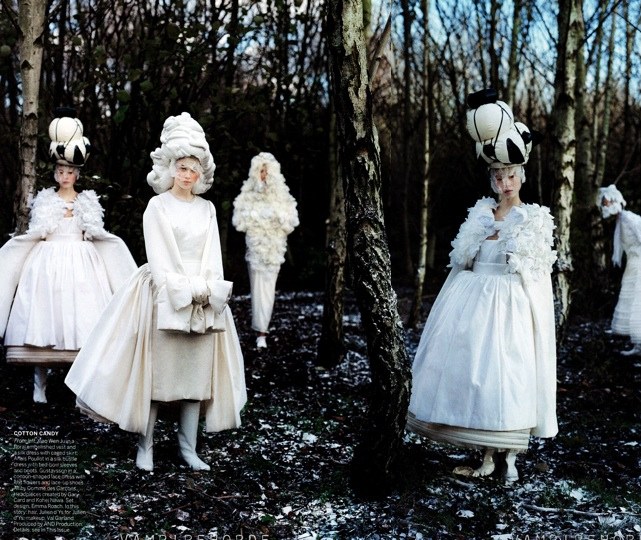 The Austrian Archduchess, turned French Queen has been a favoured inspiration of fashion photographer Tim Walker.  A muse which he has returned to throughout his career.  Considering her portrayal in culture as an almost tragic fairytale, paired with Walker’s love of whimsy, there is no wonder. 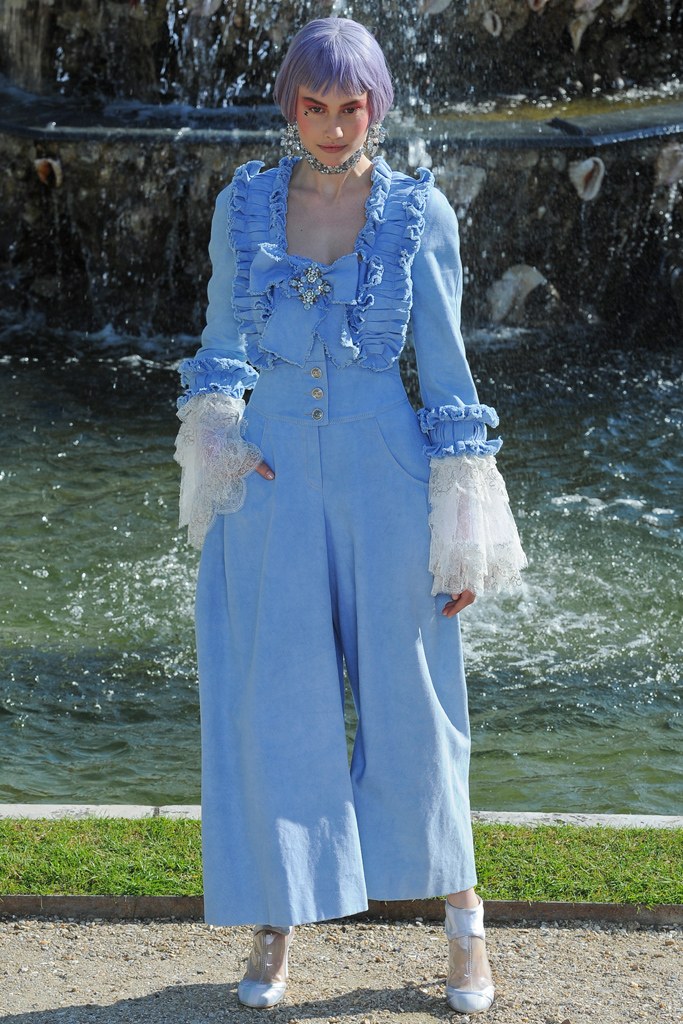 Karl Lagerfeld hosted the Chanel 2013 Resort collection on the premise of Versailles, the home of Antoinette during her reign as the Queen of France.  The models adorned modern haircuts in pastel shades – much like the queen herself.  While the resort wear made reference to the Rococo style of dress she would have worn. 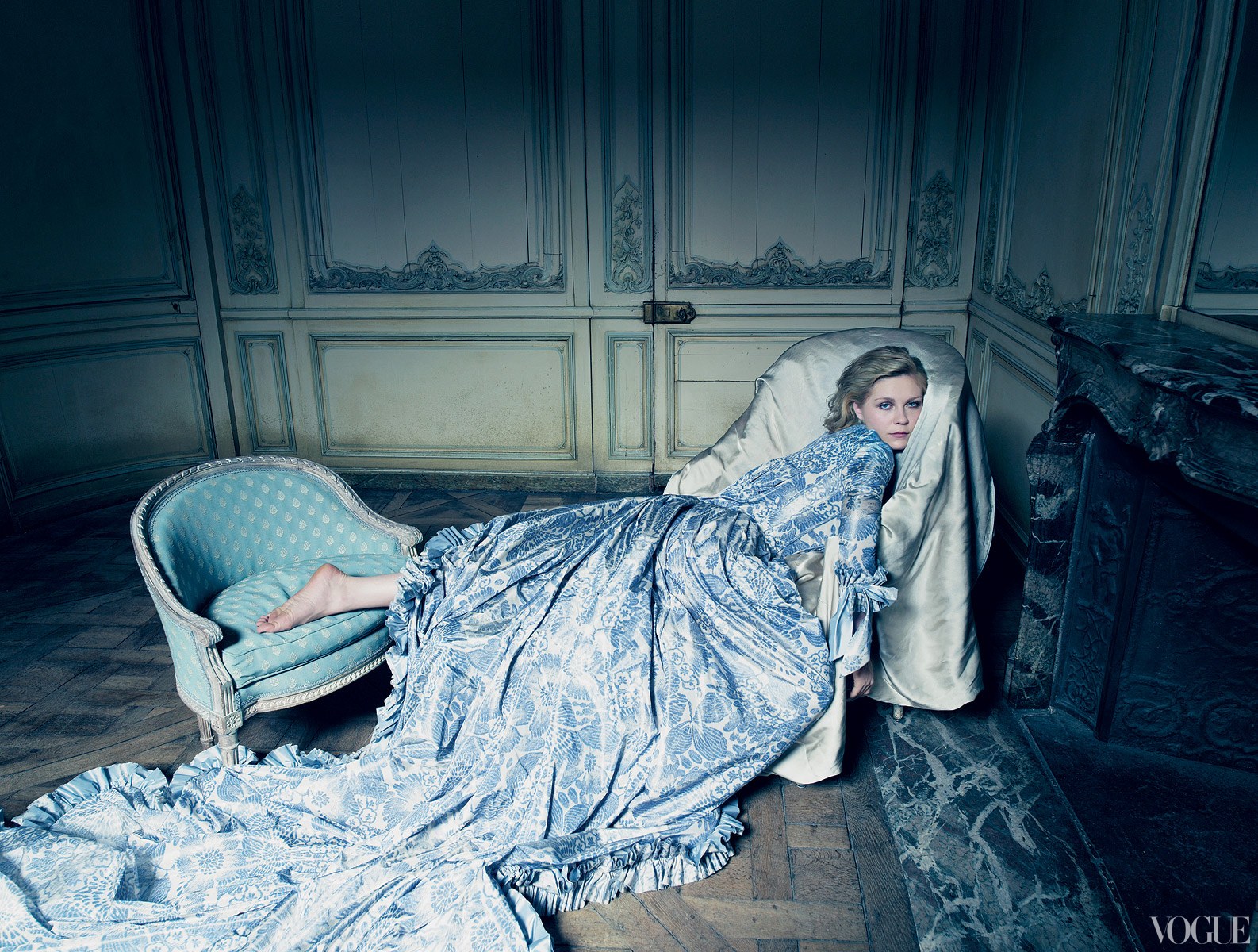 When Coppola’s biopic starring screen darling Kirsten Dunst was released in 2006 you couldn’t flip a page of a glossy fashion magazine without seeing Dunst in a modern couture take on an Antoinette gown and coiffe.  Most notably, she received an entire spread in Vogue dedicated to her portrayal of the character.  The actress was draped in couture for each page, including an Oscar de la Renta gown created especially for the spread. 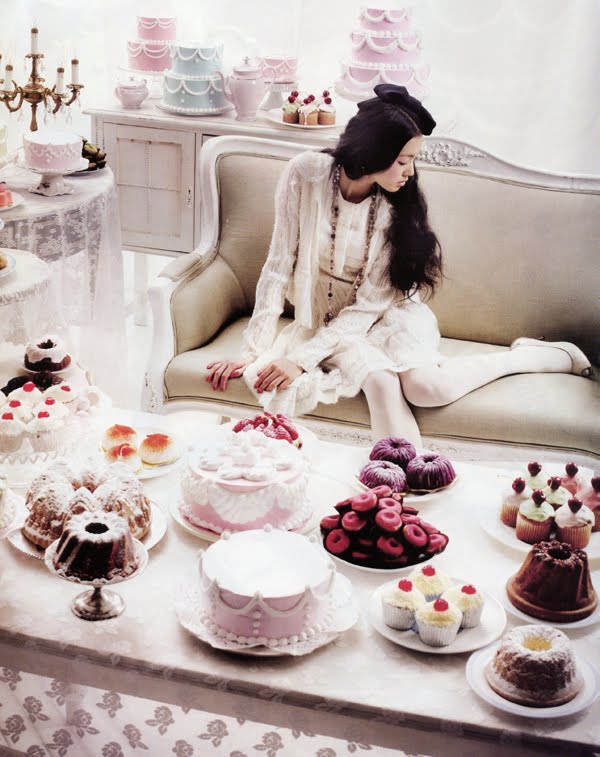 In this shoot for Vogue Girl Japan her infamous quote, “Let them eat cake” was taken literally. 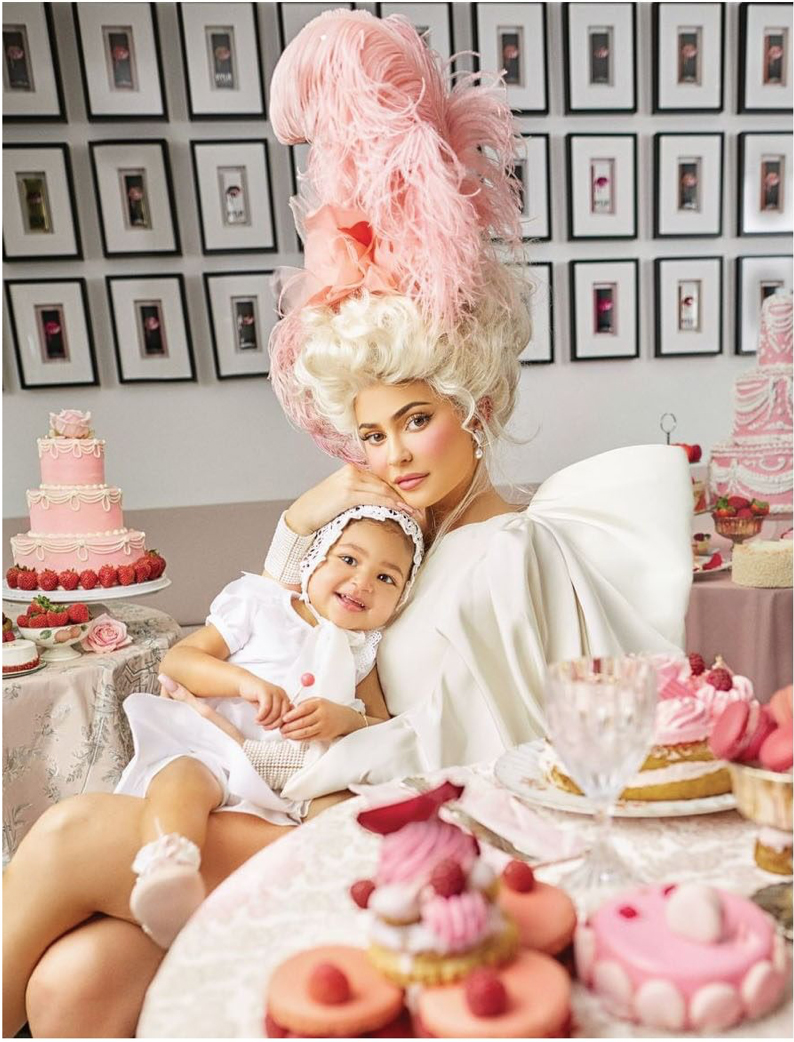