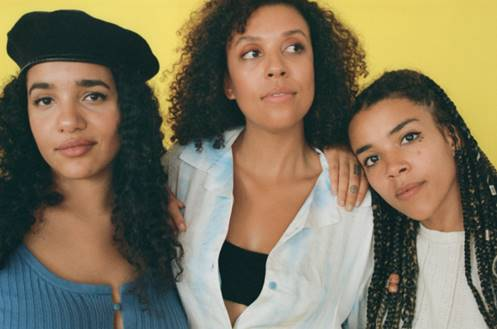 Pandora Introduces The Power of Sisterhood

Pandora is celebrating International Women’s Day in an impactful and inspiring way. As part of Pandora’s ongoing commitment to empower people across the globe, the brand has partnered with award-winning filmmaker Irene Baqué to produce three short films that beautifully capture the power of sisterhood.

Irene, who specializes in directing films focusing on gender equality and women’s rights issues, captured real stories of inspirational women that truly highlight the invaluable need for women to support each other to provide strength, resilience and confidence. The three-part short film series presents a group of strong voices to reveal what different sisterhoods mean for women at various life stages, and how these relationships help them grow and evolve.

Irene states, “To me, sisterhood means support, love and encouragement between women and this project gave me the opportunity to show this through the stories of the remarkable women in the films. Unity, acceptance, equality and empowerment are vital in today’s world and International Women’s Day serves as an active call for change to achieve that.”

The groups of women featured in the short film series include Creole Cuts, a collective of DJs and creatives celebrating the sounds of their Caribbean heritage; four generations of women from the same family united through the struggles of motherhood and the Bluetits, a 15-strong group of different ages and backgrounds who are united by their love for wild swimming. All of the women openly discuss their personal struggles, their unbreakable bond, and the power they have as a collective. The films hope to inspire others across the world to stand together and be a reminder of the positive power in numbers.

The Sisterhood Series is part of Pandora’s ongoing purpose to empower people from across the world to voice who they are, and the things that are important to them.

Carla Liuni, Chief Marketing Officer at Pandora comments: “Though our life stages one thing remains a constant, the importance of having other women around you, who will empathize with you and support you – the sisterhood. We commissioned Irene to create these films in time for International Women’s Day to showcase the power of sisterhood and reminder for the need to give all women a voice, and celebrate each other’s achievements in life, whether big or small.”

Check out the films below, which aim to highlight the importance of women supporting women ahead of International Women’s Day.