Paris Hilton has recently posted a slide of pictures in honour of her good friend, Cade Hudson. Although the point of the post was to celebrate her dear friend, fans took notice of something completely different.

In the slide of pictures shared, a photo of Paris, Britney Spears and Cade Hudson was posted which had people turning their heads.  The post received comments like, “AI Britney do better” and “Paris we know you’re not being truthful about Britney.” Insinuating Britney was photoshopped into the photo for clicks. 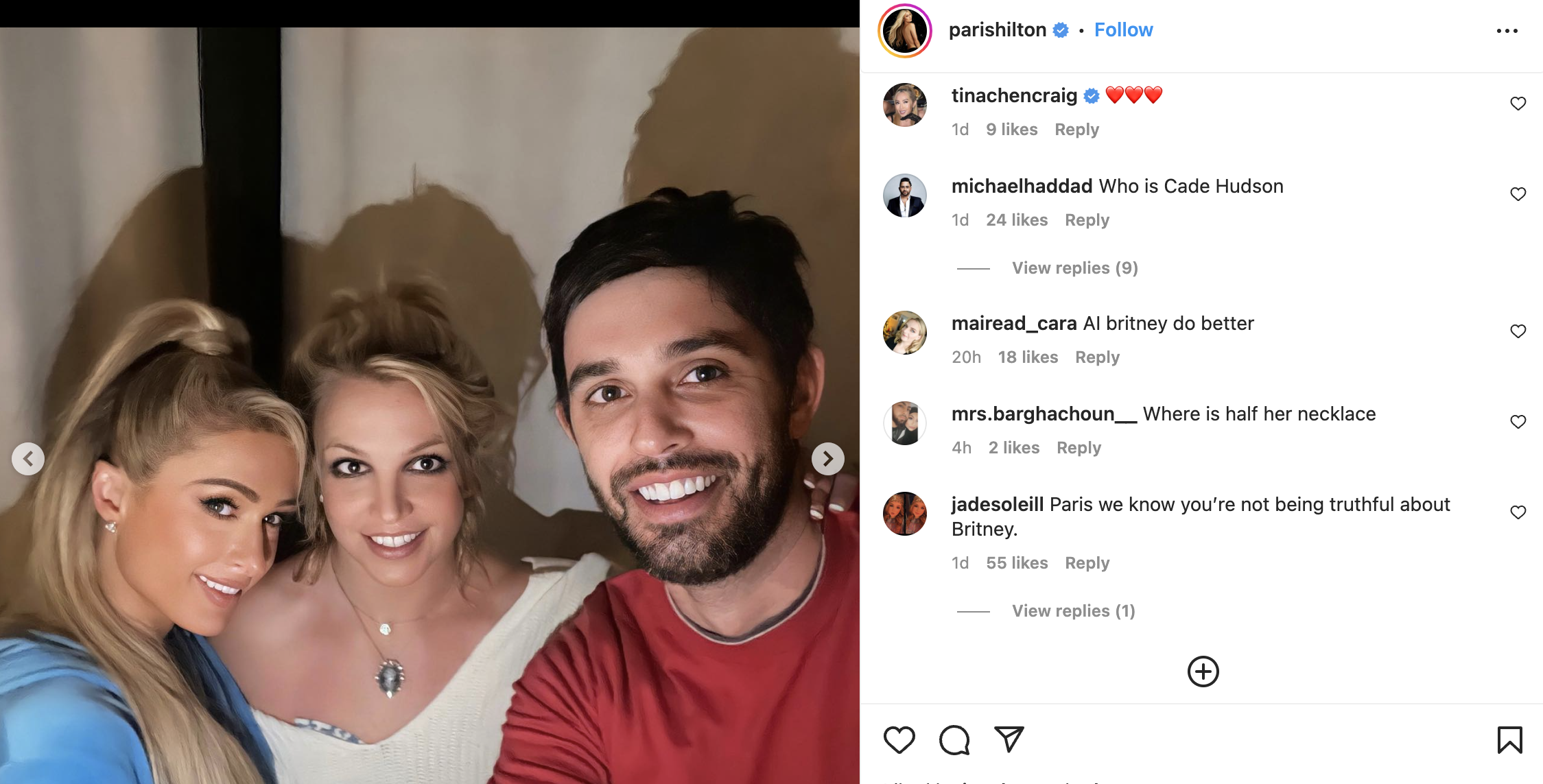 After receiving a tremendous amount of backlash from the photo, Paris took to her Instagram comments to share a statement,

“To all of those asking. Some of these photos were taken on an iPhone so they ended up being blurry. So they used this app called Remini to make it look unblurry and sometimes the Ai distorts images. Didn’t want to even dignify this with a response. But some of these conspiracy theories are absolutely ridiculous.”

Paris and Britney have a long history of being friends with each other, so after these claims on Instagram started to collect, it’s very clear why Paris did not want to address these rumours with a response. 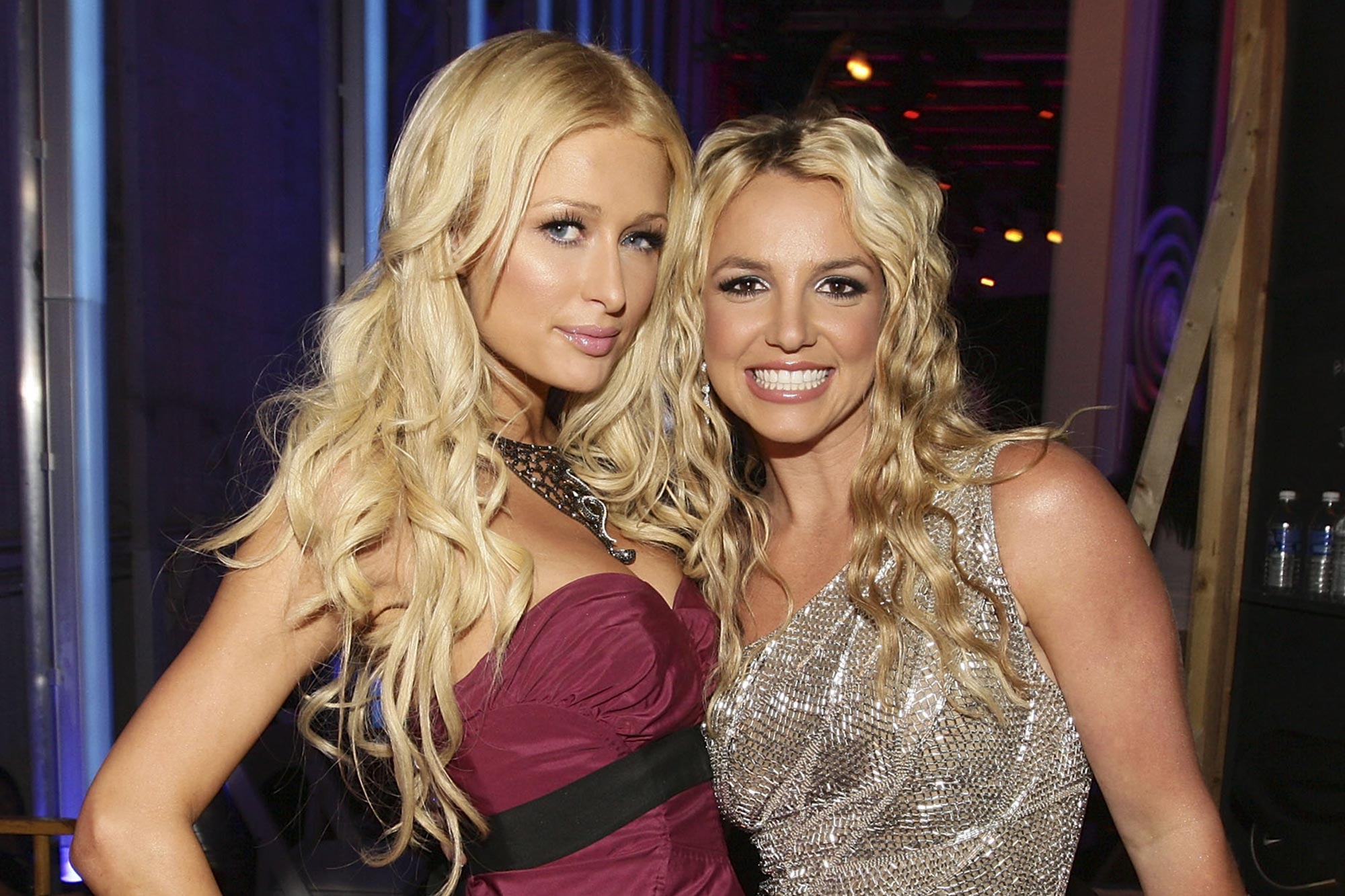 Fans Looking Out For Britney

In recent weeks, Britney has caused some buzz in the media for calling out her sister, Jamie Lynn Spears. Britney took to Instagram to post 2 posts with lengthy captions lashing out at the ‘Zoey 101’ star.

(for more on the situation, check it out here)

Since then, fans have been attentive in attempts to give Brit their support.

So logically, once the pictures hit the internet, fans jumped to back Britney up against what they thought was a malicious way to cover up for the recent events.

Luckily for them, there was no malicious intent there, just a misunderstanding.