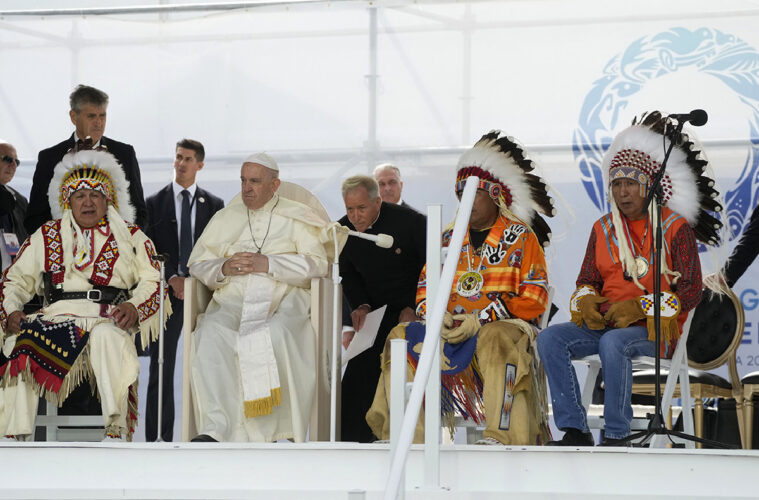 On July 25, Pope Francis issued an apology to the Indigenous peoples of Canada for the Catholic Church’s role in the government-funded residential schools. The speech has been received with mixed emotions. 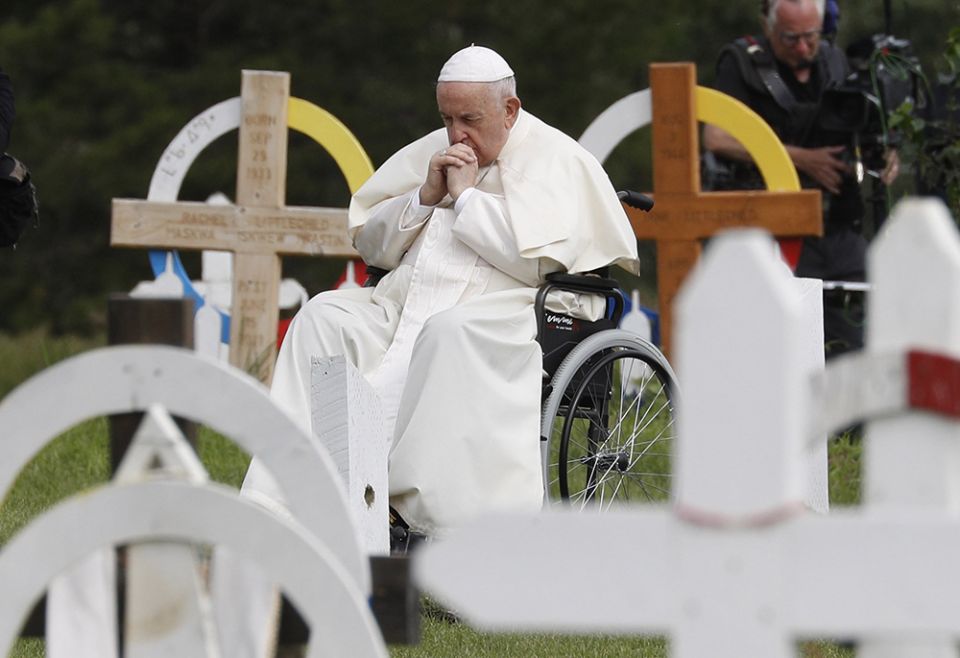 During the Pope’s visit to Maskwacis, Alta, he delivered the following speech:

“It is necessary to remember how the policies of assimilation and enfranchisement, which also included the residential school system, were devastating for the people of these lands. When the European colonists first arrived here, there was a great opportunity to bring about a fruitful encounter between cultures, traditions and forms of spirituality. Yet for the most part that did not happen.”

“Again, I think back on the stories you told: how the policies of assimilation ended up systematically marginalizing the Indigenous peoples; how also through the system of residential schools your languages and cultures were denigrated and suppressed; how children suffered physical, verbal, psychological and spiritual abuse; how they were taken away from their homes at a young age, and how that indelibly affected relationships between parents and children, grandparents and grandchildren,” he said.

He added, “I thank you for making me appreciate this, for telling me about the heavy burdens that you still bear, for sharing with me these bitter memories. Today I am here, in this land that, along with its ancient memories, preserves the scars of still open wounds. I am here because the first step of my penitential pilgrimage among you is that of again asking forgiveness, of telling you once more that I am deeply sorry. Sorry for the ways in which, regrettably, many Christians supported the colonizing mentality of the powers that oppressed the indigenous peoples. I am sorry. I ask forgiveness, in particular, for the ways in which many members of the Church and of religious communities co-operated, not least through their indifference, in projects of cultural destruction and forced assimilation promoted by the governments of that time, which culminated in the system of residential schools.”

There has been a wide variation of reactions to the apology, as first reported by Global News.

For instance, Cornell McLean who is the acting grand chief of the Assembly of Manitoba Chiefs stated:  “It has been over a year since discovering over a thousand unmarked graves of children on Indian Residential School grounds, and we are still mourning them. An apology does not ease the pain of lost children who never returned home, or the legacy First Nations carry as the Survivors, their children and their grandchildren. However, we encourage the Church to move forward in the spirit of reconciliation by making concrete commitments and true reparations going forward.”

Chief Tony Alexis also said: “It triggered an opening of a wound again. And this wound that has been opened again, we can’t just leave it like that. We really have to take the steps to make sure that we help heal and recover our people. … You can’t just say ‘sorry’ and walk away. There has to be effort, there has to be work and more meaningful action.”

Chief Cindy Woodhouse of AFN Regional expressed: “Every survivor will choose how they feel about the apology. We have witnessed the Pope’s response to the Truth and Reconciliation Commission’s Call to Action No. 58 _ and heard a message of hope to our people, Canadians, and Catholics worldwide: First Nations cultures, languages, and traditions matter. This message will help to guide us all on the path to reconciliation.”