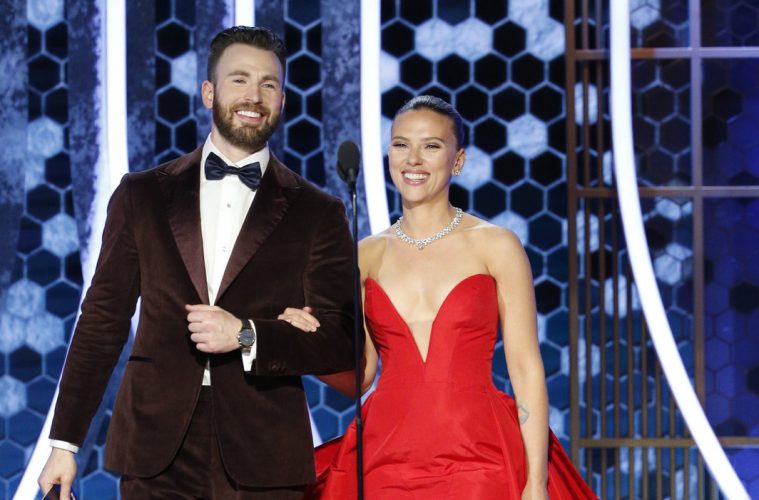 Spotted at the 77th Annual Golden Globes: OMEGA on the Red Carpet

Omega made a special appearance on the wrists of Hollywood’s elite at this year’s 77th Annual Golden Globes. Ambassadors such as Daniel Craig, Chris Evans, and Nicole Kidman modelled the luxurious brand as they graced the red carpet.

In 1848, Louis Brandt established Omega watches in a small workshop in La Chaux de Fonds, Switzerland. Shortly after his sons took over the business, they released their first mass-produced caliber—the Labrador. A few years later, they created the first minute-repeating timepiece in history. Two years after that, they launched the watch that would soon give the company its widely-known name—the 19-line Omega Caliber.

From President Nixon to Al Pacino and Ringo Starr, Omega has been sported by the most influential luminaries over the years. Some notable ambassadors of the brand include Cindy Crawford, George Clooney, Eddie Redmayne, and Michael Phelps. Not to mention, Omega was the only watch to survive NASA testing—the Speedmaster.

Award season is undoubtably a big deal for the dress watch. When focusing on fashion, value is found in the detail. Omega accompanied world renowned A-listers at the 77th Annual Golden Globes. Golden Globe nominee, Nicole Kidman, was spotted on the red carpet with a subtle, yet elegant vintage gold Omega Sapphette watch. She may have not won the award, but she definitely won fashion’s finest. 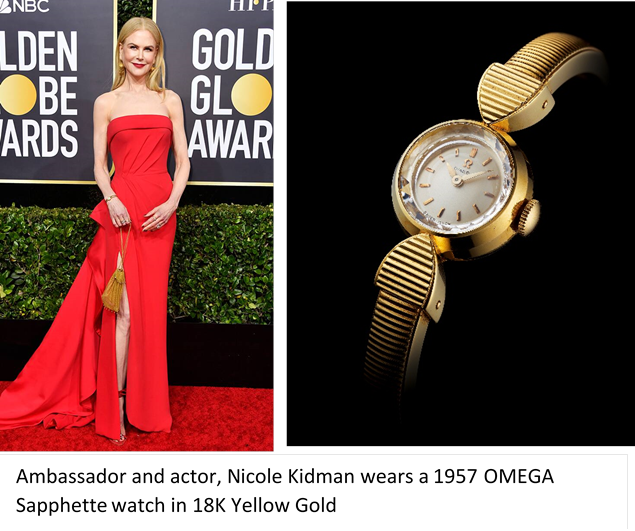 I spy another long-time ambassador rocking the carpet with an Omega—Daniel Craig. We knew he would, but it was a matter of which one he would choose. Glistening in rose gold, Craig opted for the semi-vintage Speedmaster Automatic Chronometer. 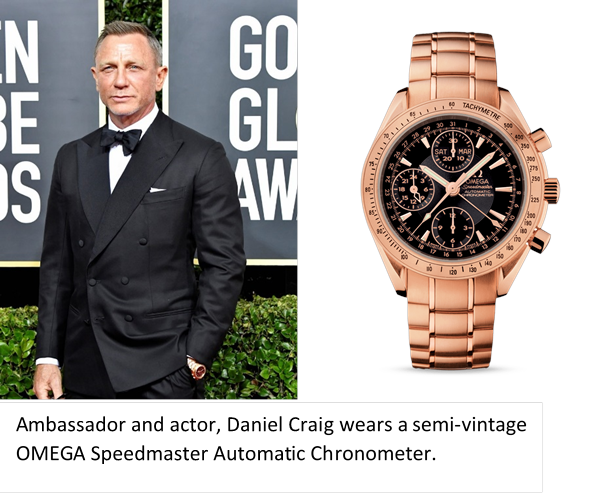 What better way to represent your brand than have Captain America sport your style? Golden Globe presenter and “Succession” nominee, Chris Evans, pulled off the minimalist, yet classy Sedna Gold Omega De Ville Tresor Co-Axial Chronometer. This timepiece was the first hand-wound movement to get the Master Chronometer certification—pretty swanky stuff if you ask me. 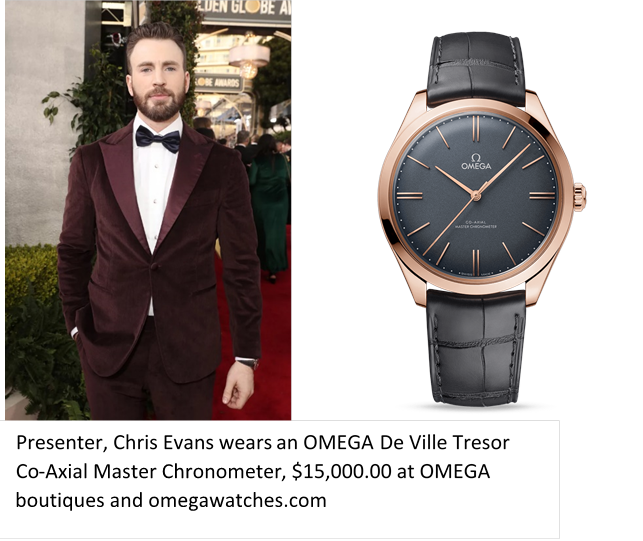 Well, well, well… Looks like we’ve got ourselves an infamous, “who wore it better” situation. Matching with Evans, Golden Globe nominee, Nicholas Braun, was also seen wearing an Omega De Ville Tresor Co-Axial Chronometer. Spot the difference: Braun’s was studded with diamonds. The choice is yours, which do you prefer? We get it if you can’t choose, they both look extremely sharp (we’re not just talking about the watches). 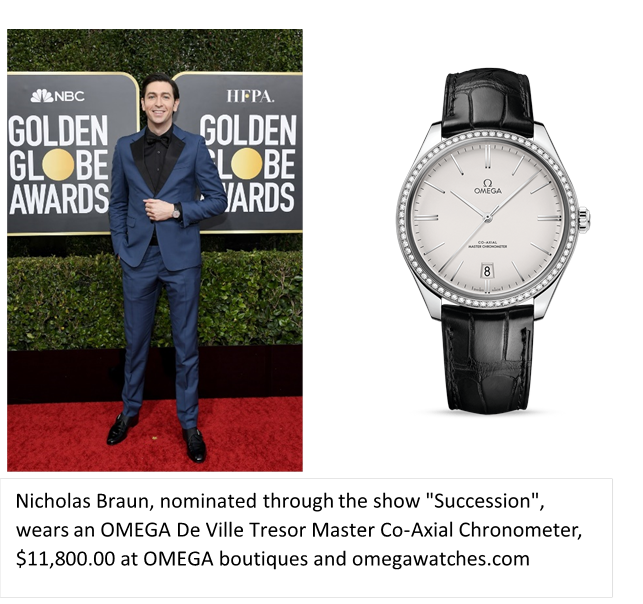