The Avril Lavigne Comeback We’ve All Been Waiting For

For many millennials, the name Avril Lavigne certainly does bring back nostalgia. The Canadian singer was an idol for many in the early 2000s, with many hit singles including “Sk8ter Boi,” “Complicated,” “Girlfriend,” and more. After taking a long a hiatus from the industry, it looks like the original queen of punk pop is now back. 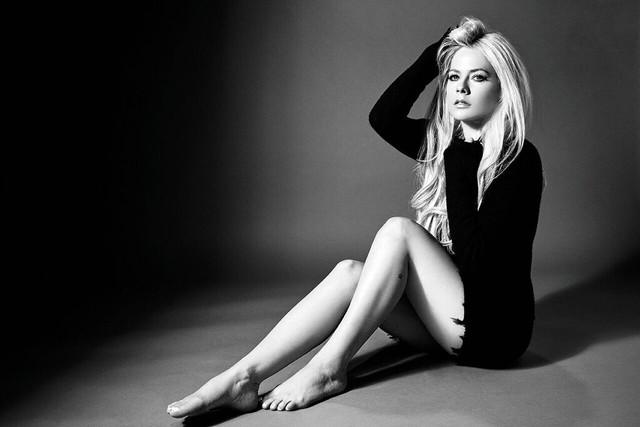 Back in September 2018, Lavigne released her new single “Head Above Water,” which is the first track the singer has released in five years. This comes after Lavigne announced her battle with Lyme disease back in 2015 to the public eye, which she had been battling since the year before. The powerful track details her journey of the disease, which Lavigne has said that “I went through both physical and emotional battles.” An emotional and powerful ballad, the track features a different side to Lavigne, which differs greatly from the image she was once known for. Ditching the ripped jeans and baggy t-shirts, this marks a new era for Lavigne and fans can see just how much Lavigne has grown since her early “Complicated” days.

“Truly…by keeping my spirits up, having goals to reach and a purpose to live for, my music helped to heal me and keep me alive,” Lavigne stated in a letter issued to her fans, which has since been deleted from her website. “It is also the first song I wrote from my bed during one of the scariest moments of my life. I had accepted death and could feel my body shutting down. I felt like I was drowning. Like I was going underwater and I just needed to come up for air…unable to breathe. Praying to God for Him to help me just keep my head above the water.”

Many of those who have missed Lavigne over the years will definitely fall for the story she tells in her newest album, and it’s nothing like she’s ever done in the past. With a genuine feel of what it truly means to suffer, fans won’t be disappointed.

Her new track received many positive reviews, even reaching the No. 1 spot on iTunes a couple weeks following its release. With Lavigne now back and ready to make more music, fans will also be happy to know that the singer will be embarking on a tour across North America to promote her latest comeback. Lavigne announced the exciting news on her social media back in June, which also marks her first tour in five years, following “The Avril Lavigne Tour.”

Beginning on September 14th, 2019, the tour is set to kick off in Seattle and will run for about a month, with the last stop taking place in Philadelphia on October 11th, 2019. Lavigne also expressed that a portion of the proceeds of tickets will be donated to The Avril Lavigne Foundation, in an effort to raise awareness and funds to help those who also suffer from Lyme disease. For those in Toronto, Lavigne will be performing at the Sony Centre for Performing Arts (soon to be Meridian Hall) on October 6th. Be sure to grab your tickets and see Lavigne like never before!