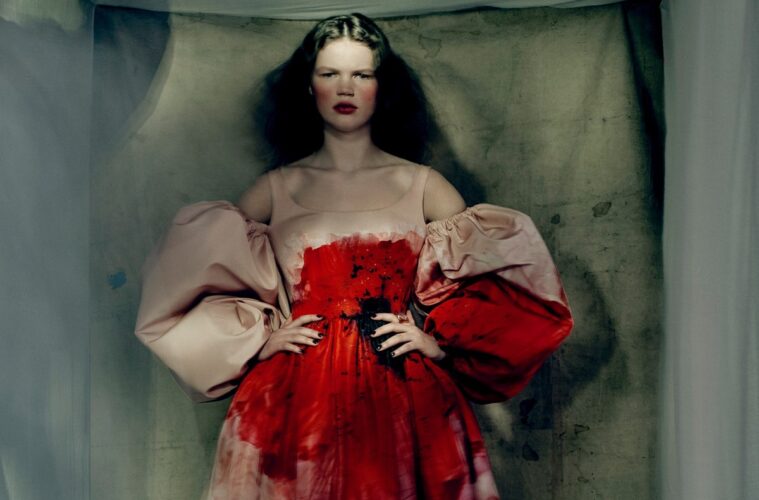 This week the fashion world saw everything from game-changing virtual runways, to returns of instant classics. Plus, new releases from Alexander McQueen, Galvan, and Clements Ribeiro, and a tasty treat from K-Pop band BTS are all on the docket for this week’s fashion news. 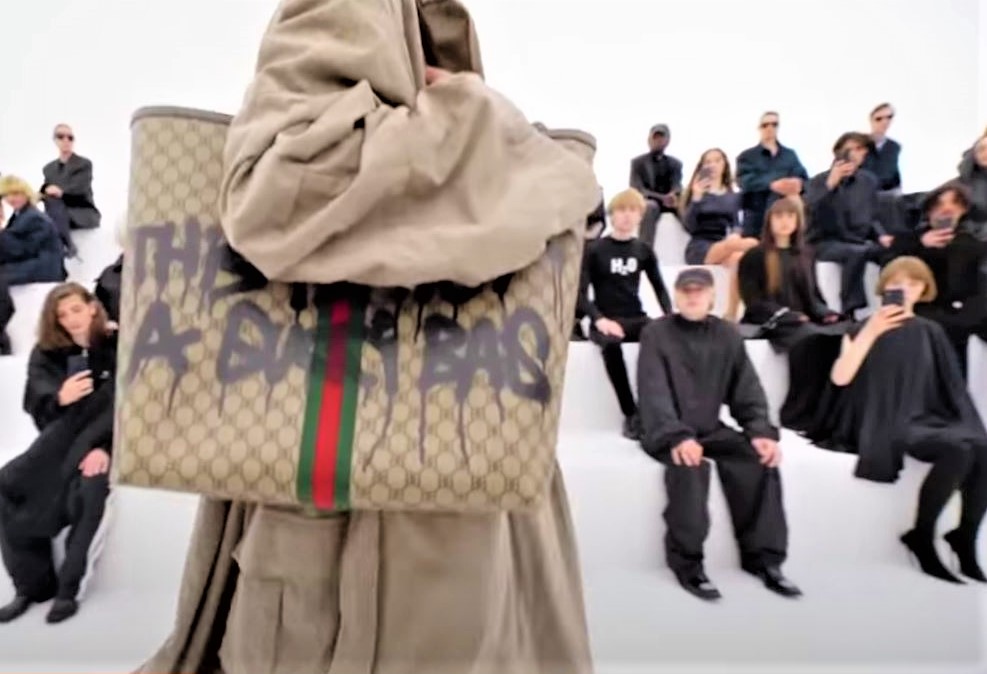 The Future is Now

Balenciaga’s spring 2022 show has been all anyone can talk about. Not only did they reinterpret Gucci, but they changed the game for virtual fashion shows. Called “Balenciaga Clones,” the collection debuted in a digital video where the clothes were the only thing that was real, and even those were Balenciaga disguised in some of Gucci’s classic prints and styles. Artificially composited audience members watched models deepfaked to all have Eliza Douglas’ face parade around in Balenciaga canvas with a double B play on the classic Gucci double G. The show was a commentary on what’s fake and what’s real in the digital space.

But when talking about phenomena that take the internet by storm, there might be no better modern example than K-Pop sensation BTS. Their fanbase, ARMY, are known for descending on Twitter in the hundreds of thousands, and for immediately buying up anything and everything connected with the Korean seven-piece boyband. The same was true when it came to the group’s most recent effort, a collaboration with fast food chain McDonald’s. The partnership includes a specialty BTS meal, as well as a line of apparel which, after selling out almost instantly, prompted a second apparel drop from the collaboration which released June 17th. BTS has also been opening their own physical stores across Asia to sell fashion and lifestyle products. 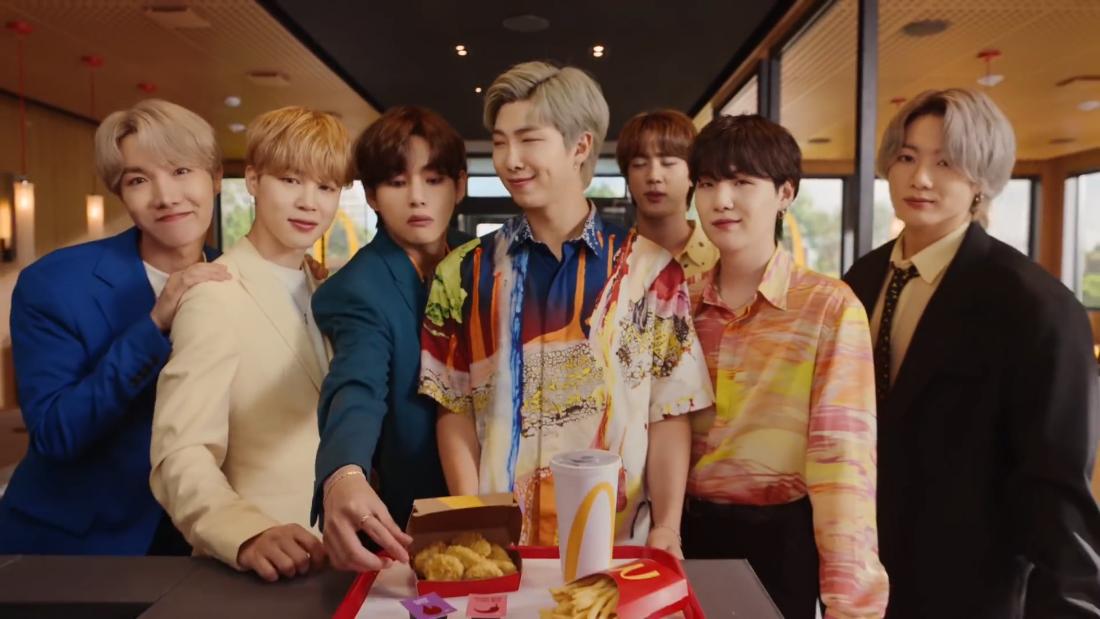 We’ve already seen and loved the menswear collection from Alexander McQueen for fall, and now they’re following it up with the new women’s AW21 collection. The British fashion house is bringing a regal if somewhat gloomy and otherworldly series of dresses. Sleeves puff and skirts billow, printed in blacks and off-whites with images of blood red anemones spreading out across the surface. A grandiose mix off biker jackets and ball gowns, of denim and wool, leather and knitwear, Sarah Burton’s work for this collection is full of character and drama.

Galvan is bringing back the ‘90s with their latest release of their latest collection for resort season 2022. With a focus on leopard print, 90’s-inspired men’s suits and sculptural silhouettes, the ready-to-wear collection puts sensuality centre stage without veering into vulgarity. Plunging, scalloped necklines and back cut-outs trace across the long and lean dresses in the collection, and the garments favor simple, minute patterns and solid colours to emphasize the small details of pearl and gold chain. Rich textures of satin, velvet and corduroy top the collection off with the signature Galvan luxury. 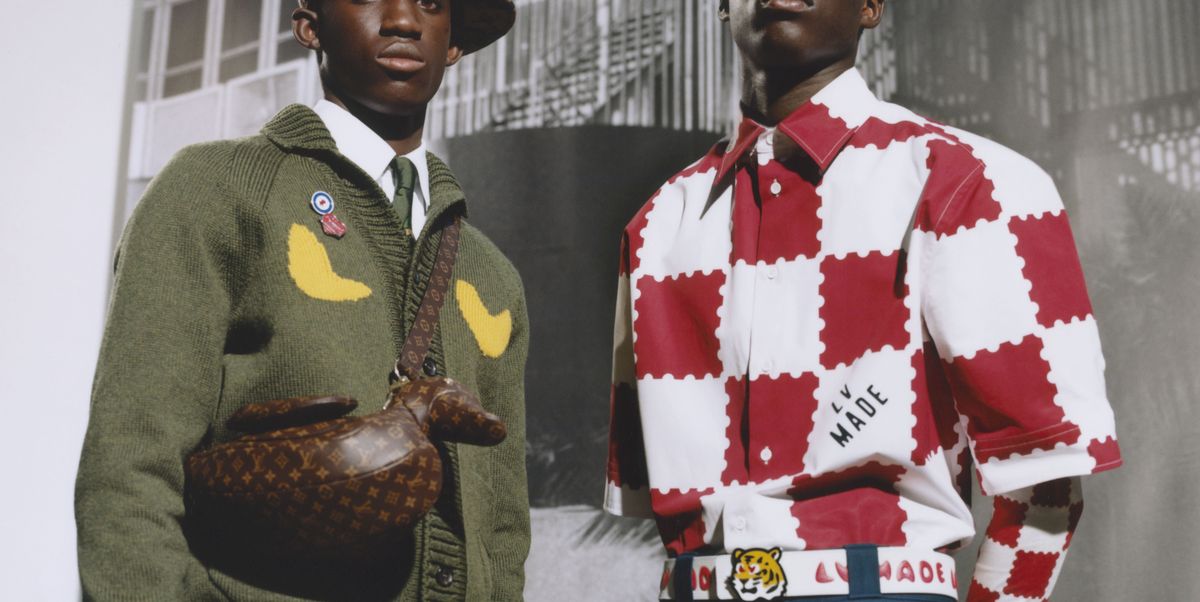 After huge success last year, LV2 is back for more this summer! LV2 is a collab by Louis Vuitton between the fashion house’s menswear director Virgil Abloh and Nigo, founder of the iconic Japanese streetwear brand A Bathing Ape. Abloh’s first official collaboration for Louis Vuitton since becoming artistic director of menswear, the collaboration is offering a second collection this year. Eschewing the streetwear that both designers have become known for, LV2 focuses on modern tailoring, and this time around puts more emphasis on Nigo’s Japanese perspectives of western classic menswear.

After seven long years, Ignacio Ribeiro is relaunching the Clements Ribeiro brand with an explosion of colourful knitwear. The ready-to-wear brand Ribeiro shares with his wife Suzanne Clements shut down in 2014 to allow each partner to pursue other projects. After a long year of lockdown, however, Ribeiro was spurred to get back at it and returned with brightly coloured Scottish Cashmere. The brand’s signature vibrant stripes are back, too, stretching across dresses, trousers, and sweaters.