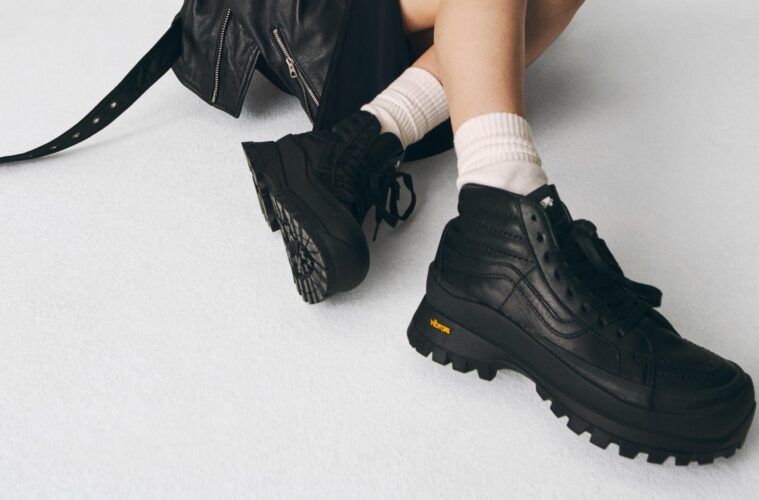 New couture for Fall 2021 from Balenciaga and Gaultier, both offering landmark transitions for each of the brands. Plus a look at the upcoming 2021 Tokyo Olympics and their influence on the world of fashion and athleticwear, new sneakers, and another niche throwback trend to rock this year. We’ve got all your latest fashion news covered this week! 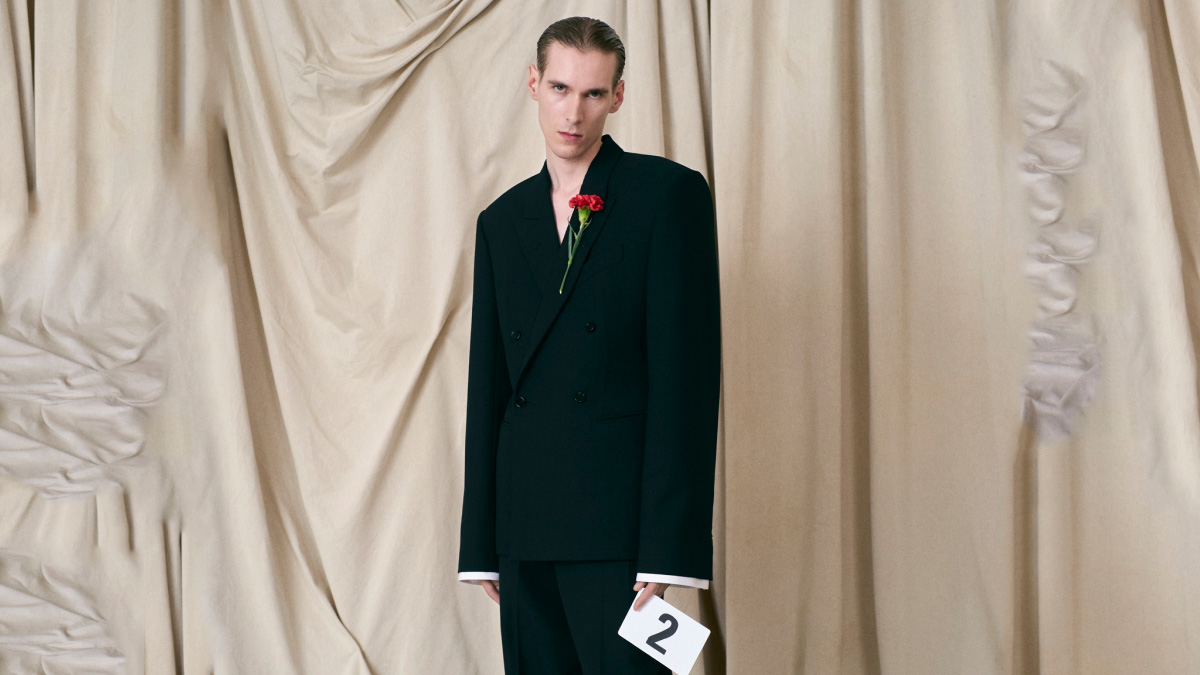 Balenciaga and Gaultier, two heavy-hitters in the high-fashion world are making big comebacks this year with their couture shows, though admittedly for different reasons. Gaultier is returning after a year’s delay due to the COVID-19 pandemic, after the 2020 retirement of the brand’s eponymous founder Jean Paul Gaultier. But Balenciaga is making a return to the Couture world for the first time since 1968.

Known for their broad-shouldered tailoring and chunky sneakers, Balenciaga’s edgy and slightly futuristic brand image has been somewhat separate from the fashion house’s history in the eyes of the consumer. But in this return to couture, designer Demna Gvasalia brings his oversized and shape and moody expression while injecting a sense of Balenciaga’s origins. With luxurious suites and tuxedos that hang ominously from the sculpted shoulders of Gvasalia’s modern tastes, models paraded around the 10 Avenue George V floor in Paris (the original location of Cristobal Balenciaga’s haute couture salons) in complete silence, underscored only by the clicking of their heels against the tiles. 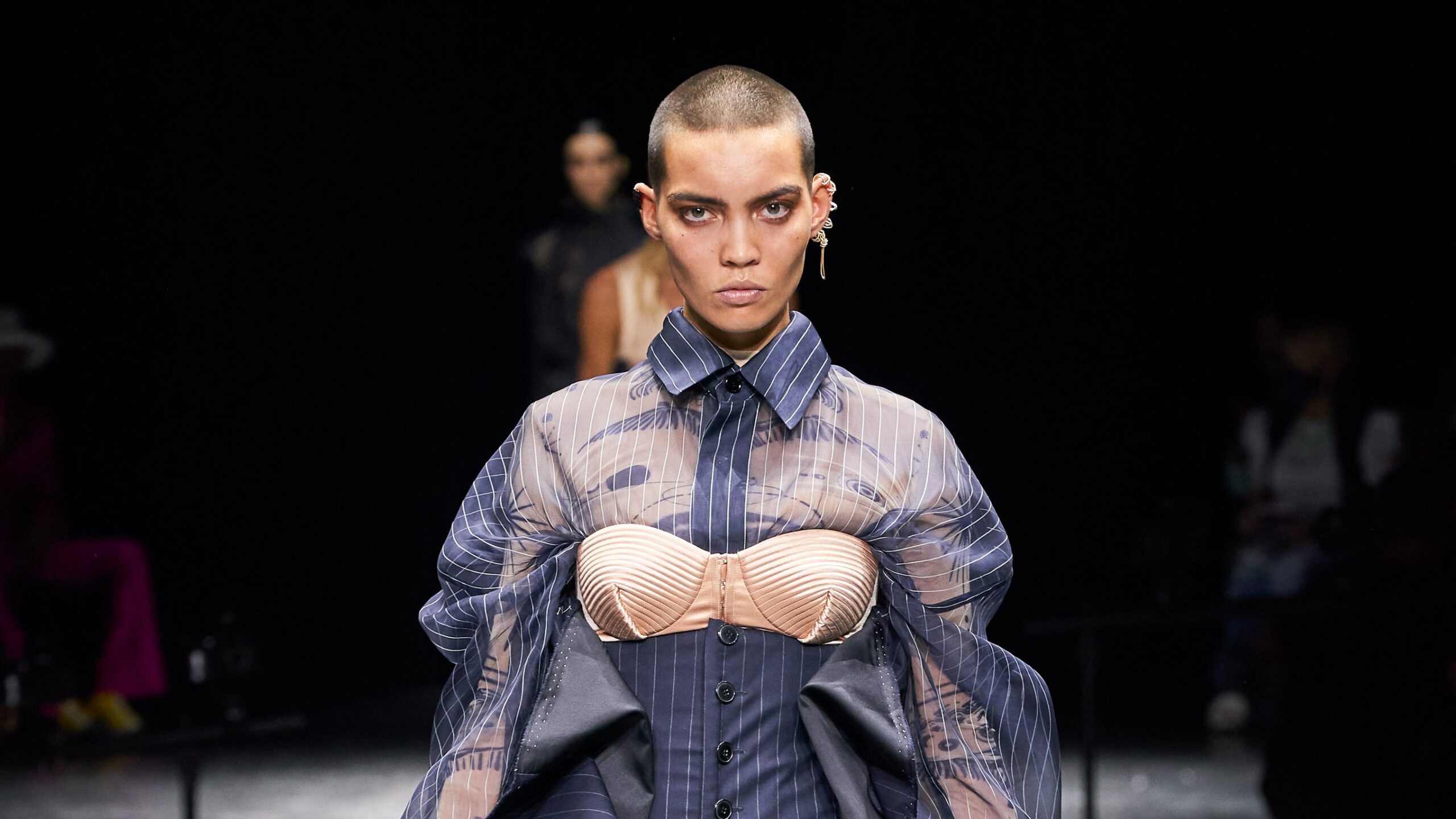 Gaultier, on the other hand, welcomes the first of a rotating roster of designers taking the reins after JPG’s retirement. First up to bat is Chitose Abe of Sacai fame, remixing classic Gaultier elements with her signature style of hybridization. Materials, textures, and structures meet at hard intersections, giving the pinstripe suits and corsets and sailor tops that have long been Gaultier staples a new and unique interpretation. Layers of billowy lace and chiffon spill from every angle, making each look built like a fountain made from old, elegant business suits and ball gowns, trench coats, and jean jackets. Gaultier himself was present at the show, this time as a guest, smiling as he joined Abe for her final bow. 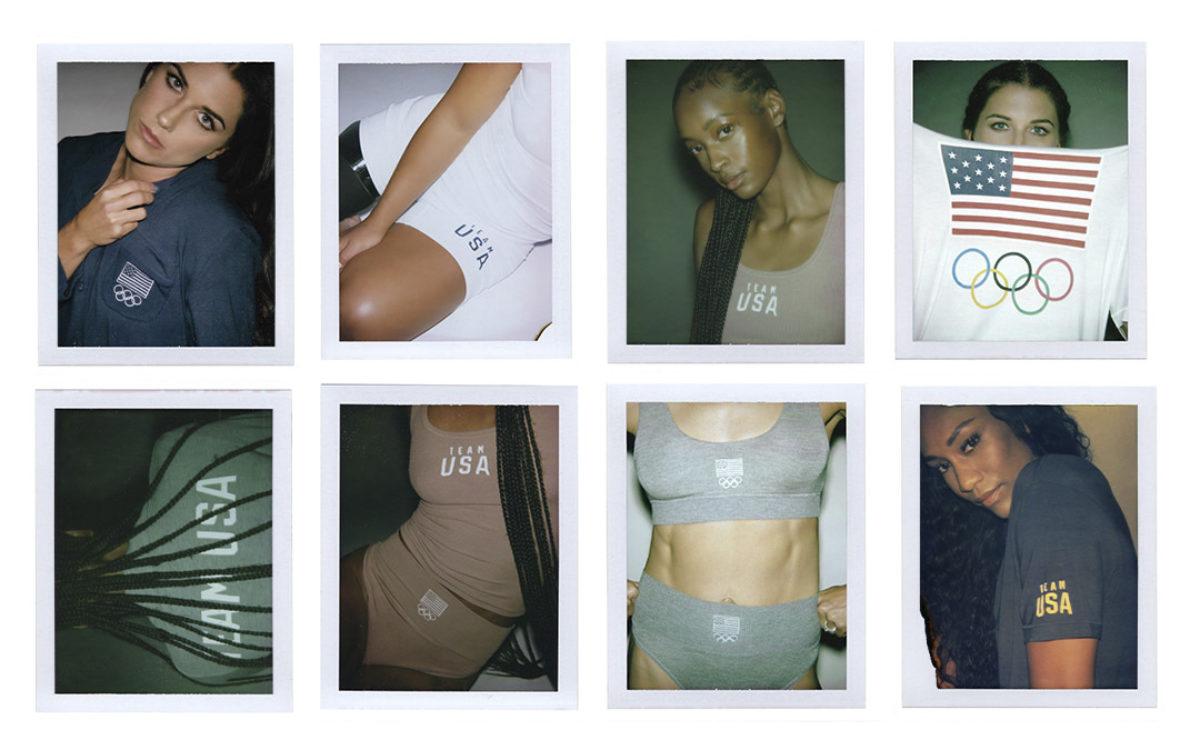 With the 2021 Tokyo Olympic Games just around the corner, naturally, there’s a lot of hype in the sporting world building up right now (especially coming on the heels of the UEFA European Football Championship). A big year for athleticwear, the Olympics has always offered an opportunity for fashion brands to partner with national teams and showcase their work on the international stage. The limited capsule collection by SKIMS x Team USA dropped on the 12th of July, with a classic and sexy minimalist look featuring tees, sweats, bike shorts, leggings, sports bras, and tank tops, all adorned in pleasant neutral colors with a simplified American Flag and Olympic Rings print, making Kim K’s brand the official provider of Olympic Undergarments. This follows last year’s collection from Kith when the games were originally intended to be held before they were postponed to 2021. The Kith capsule featured old-school red white and blue chevron designs bringing classic Olympics nostalgia to a modern Kith lens. 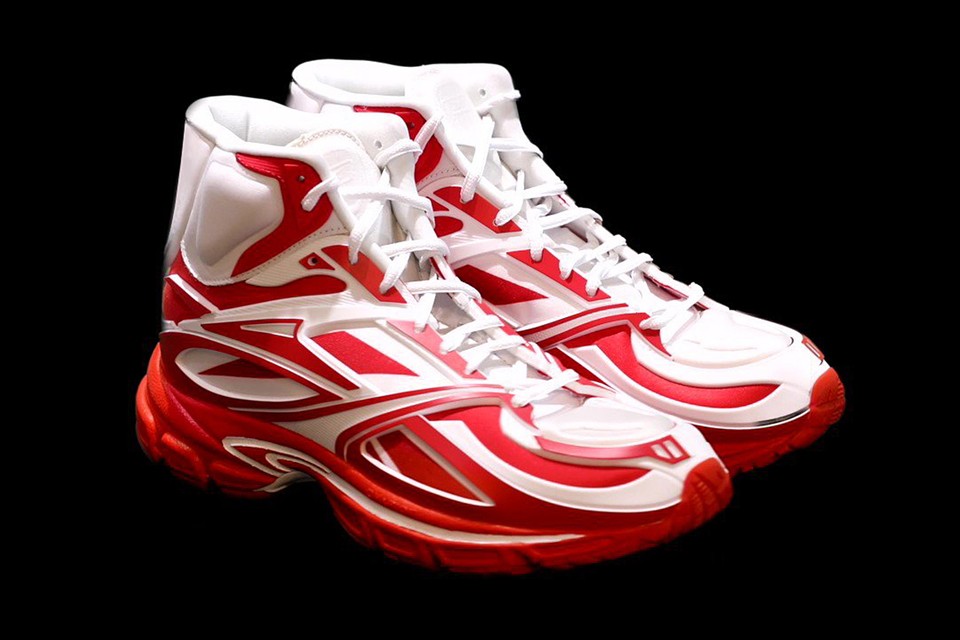 A new collab between Reebok and KANGHYUK has resulted in one of the boldest looking high-top sneakers this year: The Premier Road Modern Mid. Maximalism is in with bright red accents tracing across shining white, thick, crisscrossing lines and flowing shapes. A high-top sequel to last fall’s Premier Road Modern, the eye-catching sneaker features lots of puffy padding around the ankle, with KANGHYUK’s logo imprinted across the back.

Another great collab comes in the form of the partnership between Vibram and Vault by Vans. Their new sneakers are just as bold as the KANGHYUK x Reebok Premier Road Modern Mid, but in a more sleek and sexy way that takes footwear into the future. In stark all black, the rubber-shoe ethos and signature thick sole of Vibram work their way across the classic Vans SK8-Hi. The two shapes that embody each of these legends of modern footwear, together in one shoe.