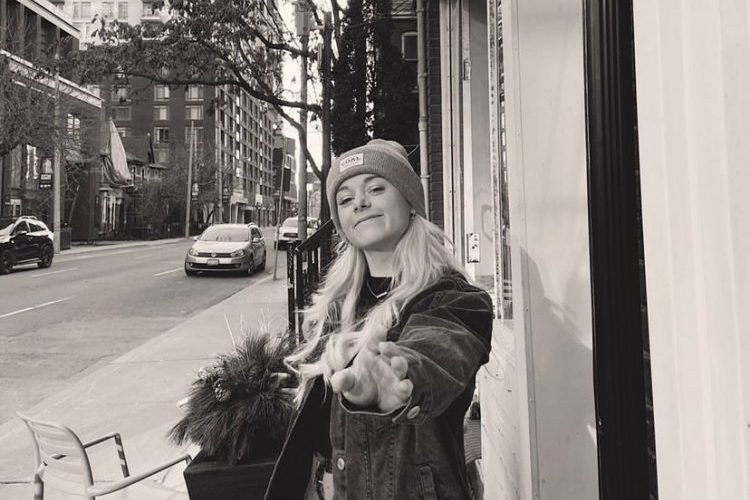 Becca Webster’s “Your Secret’s Safe With Me” Initiative

Got a secret? Becca Webster can keep it.

Becca Webster grew up competitively cheering. Achieving a great deal of success in the sport, she gained multiple national and world championship titles. Eventually making her way onto the Netflix show ‘CheerSquad’, she grew her online presence and established herself as a content creator and influencer—her dream job. 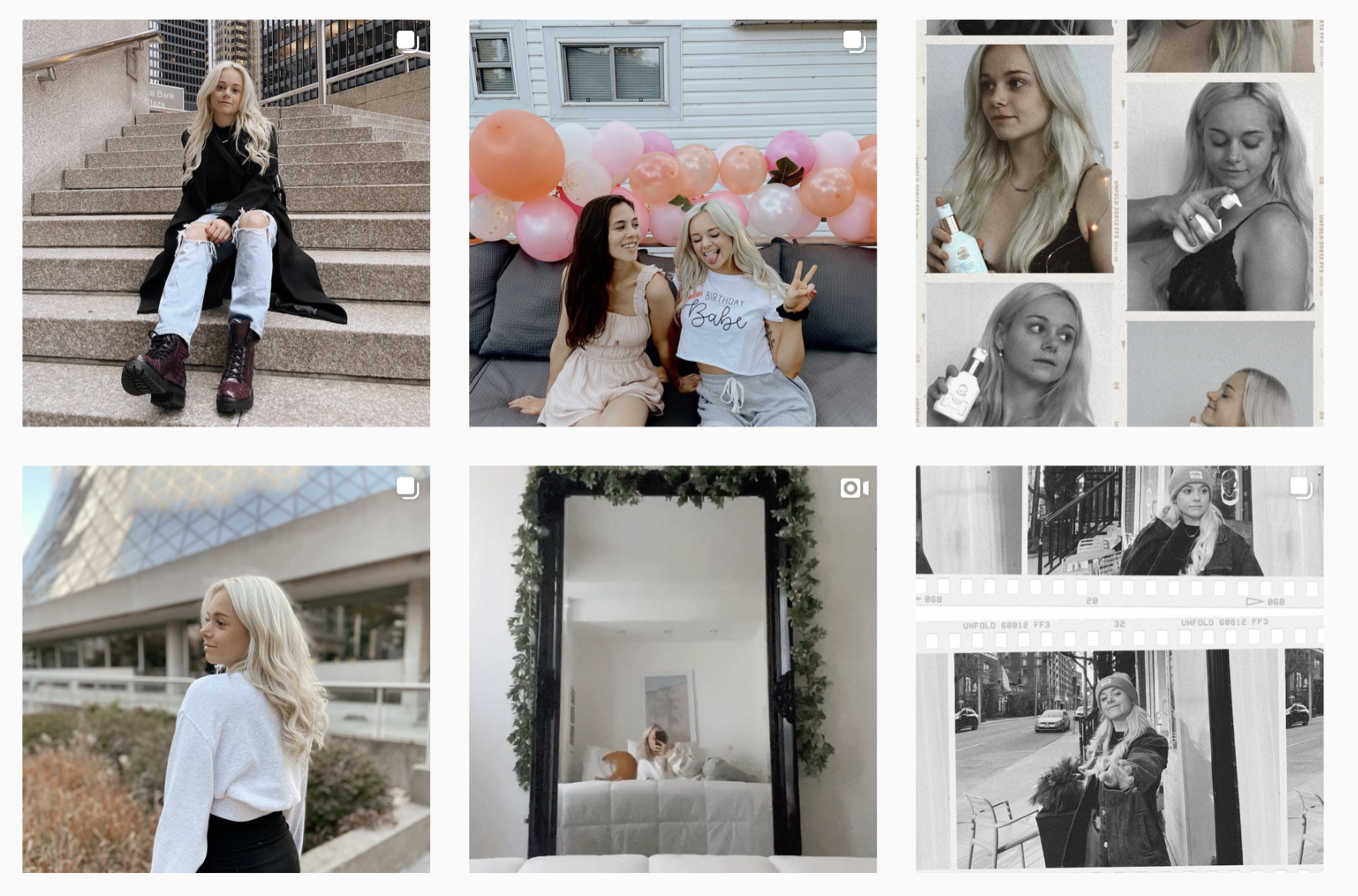 Working with an array of amazing brands, she’s grown into an influential person with a fun, cheerful feed. More than that, she uses her voice to be a beacon of help. “I think my journey in cheerleading has always given me a ‘big sister complex’. Being a part of teams, a role model for younger athletes and a leader to younger teammates, I’ve always been the person to take others under my wing, help them, and develop them into better people and athletes.” Through her Instagram stories, she started “Your Secret’s Safe With Me,” a safe space for people to share their secrets without fear of judgement or rejection. 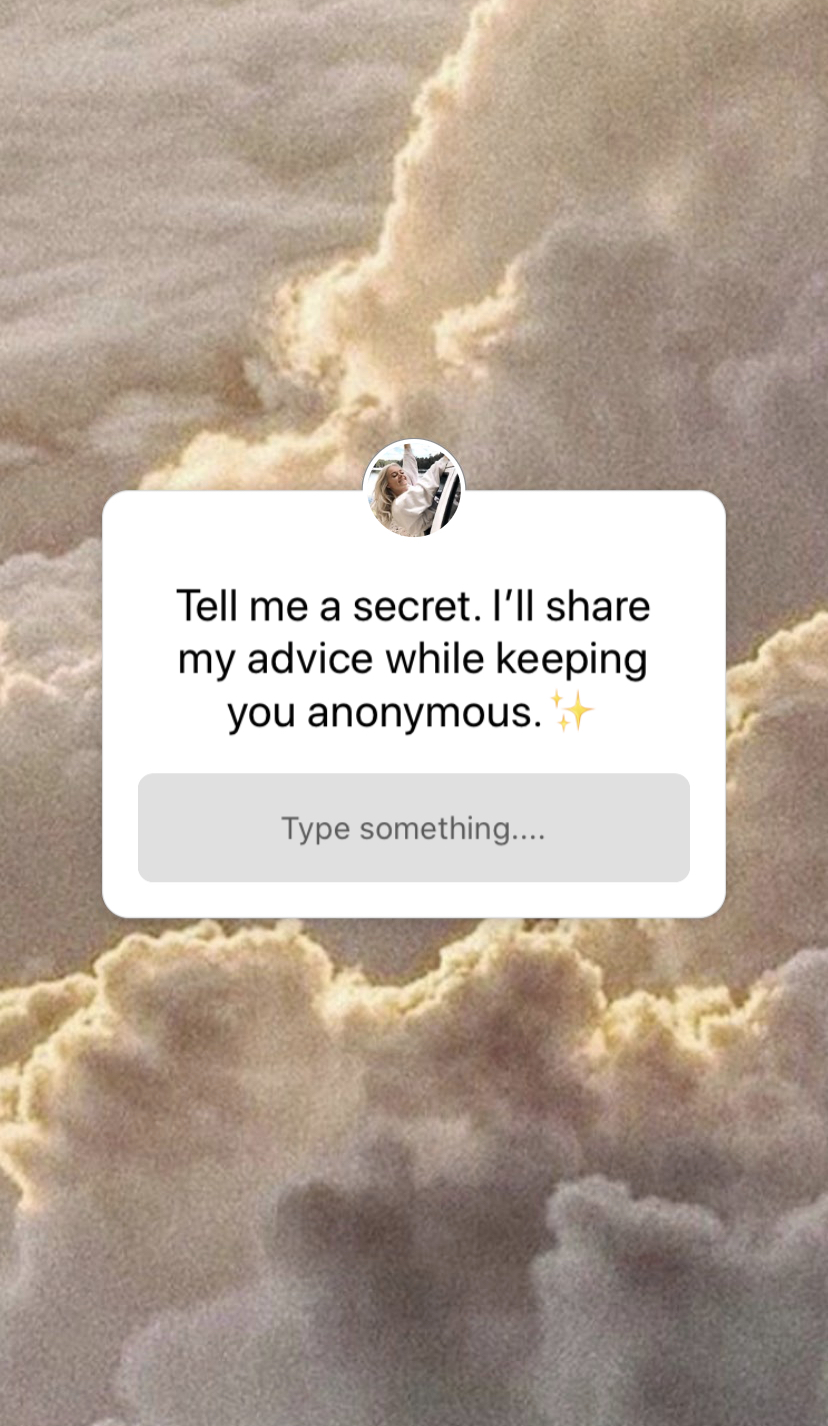 “I recently decided to post a story asking my followers to share their secrets with me, while promising to keep them anonymous. My dms were flooded with secrets to the point that I felt guilt not being able to respond to all of them within the 24 hour time period that the story was up. I screenshotted them all and directed my followers to my TikTok account, where I promised to answer them on that platform. People proceeded to continue sending me secrets each day on Instagram and TikTok. I’ve been collecting them to hopefully answer each and every single one, eventually.”

The idea came to her when she was brainstorming ways to connect with her audience on a deeper level. “I’ve always had a really engaged following when it comes to responding to my stories.”

Instead of using the prompt, “ask me a question,” she opted to make the content about her followers, rather than herself.

“Ever since sharing my relationship online, I noticed a huge increase in the amount of people dm-ing me for advice. Whether it be about their relationships, friends, coming out, body positivity, or mental health. This made me realize that so many people are walking around with things they need to get off of their chest. Like anyone, I’m human and I have secrets, things I don’t feel comfortable sharing with the people I see every day. Personally, I think telling a stranger you’ll probably never meet is way easier than telling someone within your inner circle. So, I decided to be that person for my audience.” 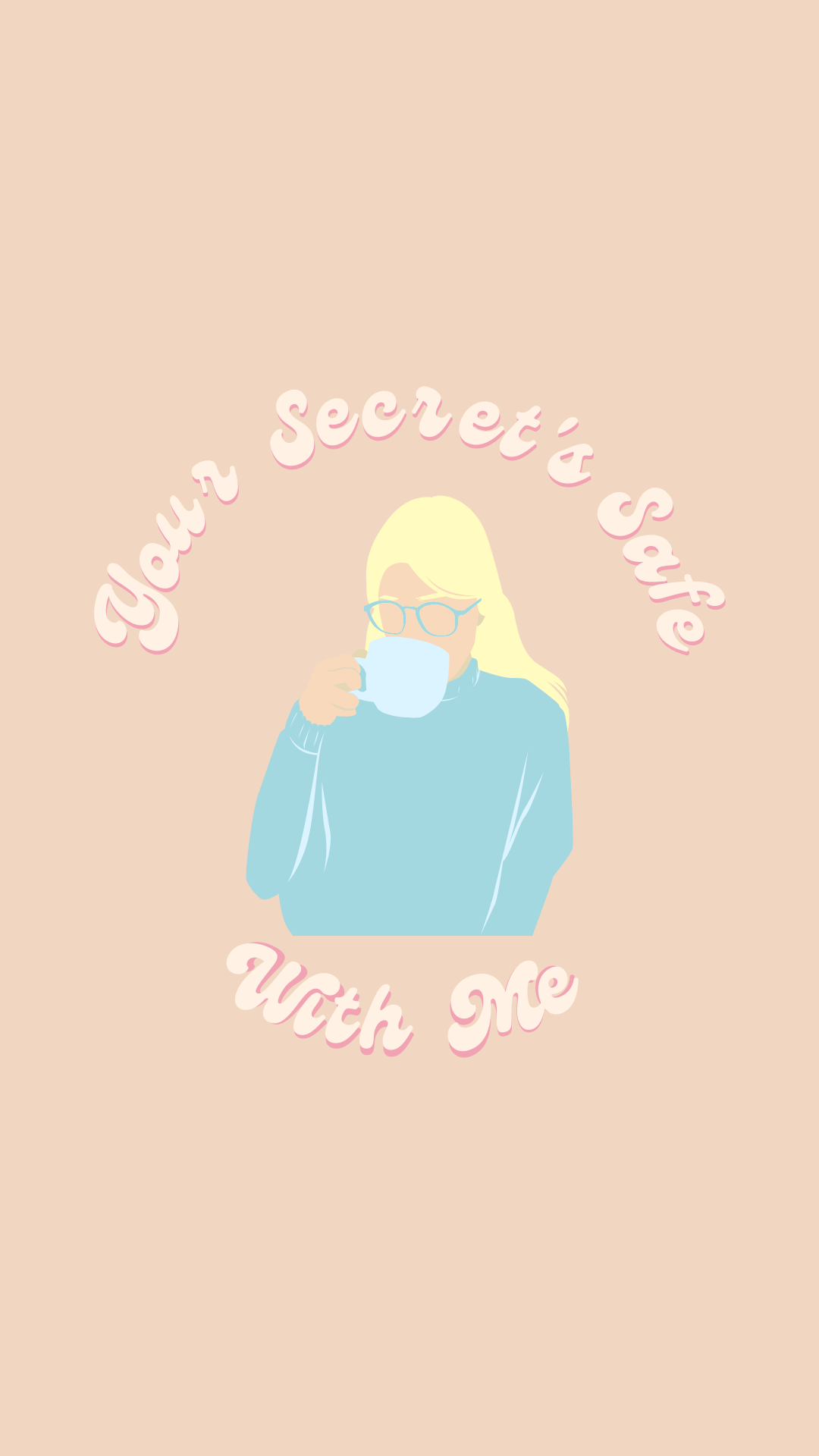 Becca’s kindness seeps through her online presence and is evident in everything she does. Talking to her is easy, as though you’ve known her for years, making her the perfect person for this job.

“It’s so important to me because I just think about all the terrible things in this world that could have been prevented if someone felt like somebody out there was listening to them. Rooting for them. I kind of just want to be everyone’s big sister—like Gossip Girl, but a nice girl version.”

This idea and initiative has proven to be exactly what people are needing—demonstrated by the sheer amount of secrets she’s been receiving.

“People are dying to tell someone what they’ve been hiding from others. It’s too much to bottle it up. I had no idea that so many people would trust me with their deepest secrets and darkest fears the way they have. I feel like I have a huge responsibility to share joy and love with my audience. The world feels way too heavy to go at it alone right now. I think we could all be a lot more empathetic to each other. You really never know what’s going on behind closed doors—or computer screens.” 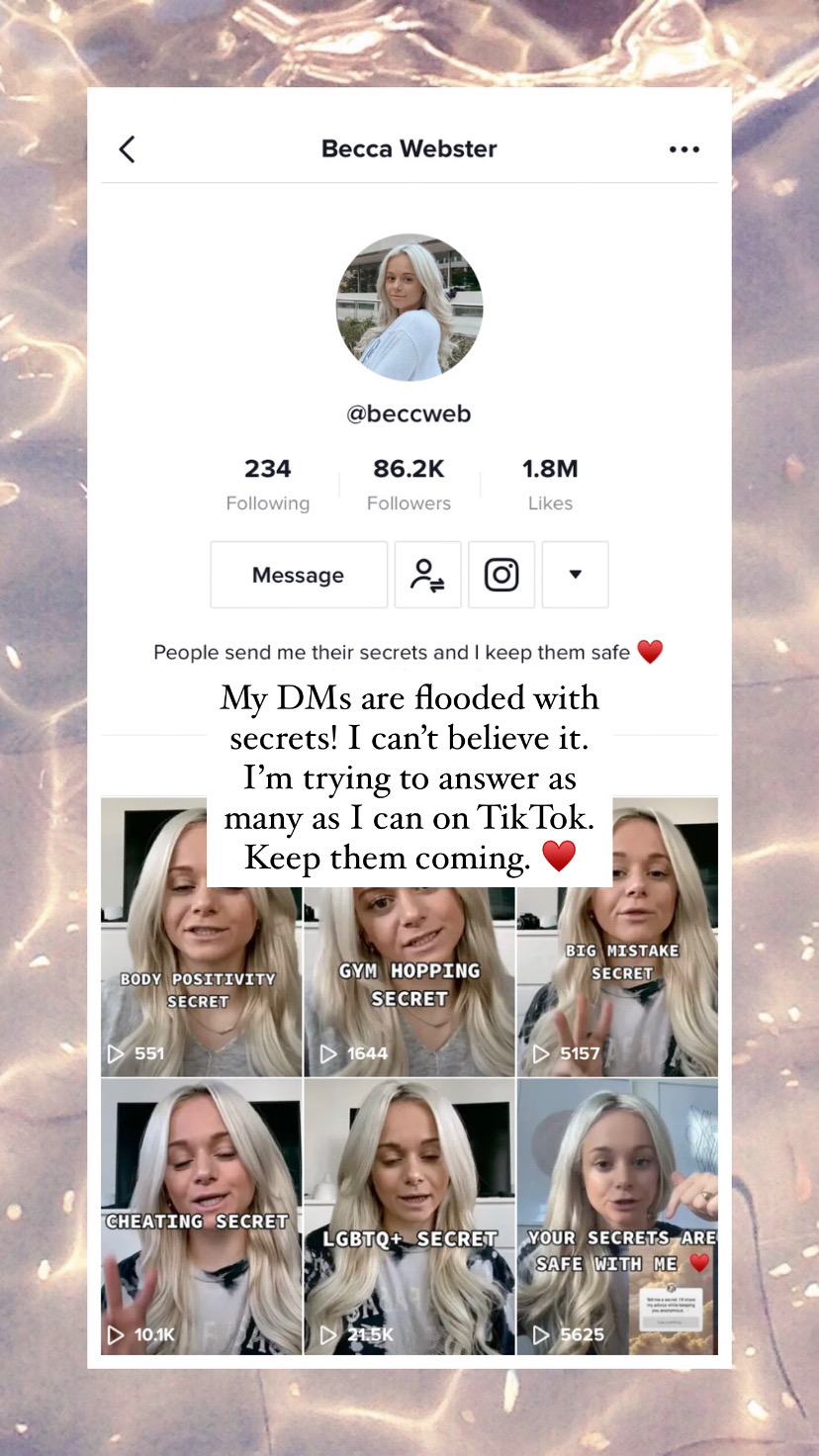 With the world locking down due to the COVID-19 pandemic, the world has been feeling a little more lonely than ever, which is why Becca thinks this is so essential.

“The lack of human connection has started a second pandemic that not enough people are talking about. Mental health is at an all-time low and having someone to chat to that you don’t know, that won’t judge you, is vital for those who are currently struggling.”

People have been sharing all kinds of different secrets with Becca, asking for her advice.