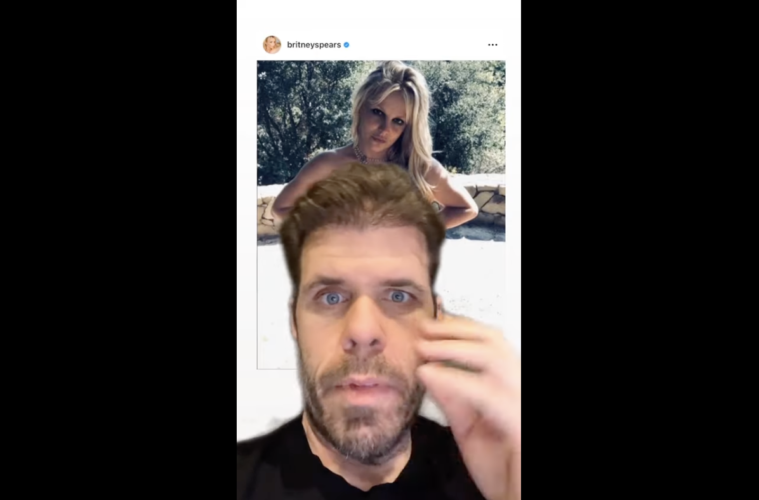 Perez Hilton posted a 4-minute-long video to his platform saying things are “not good” concerning Britney Spears and her disappearance from the public and social media.

In the video, he mentions that Britney Spears fans have been “sharing a lot of theories because we have not seen her in public for a very long time.” Although he “dismissed a lot of these theories as silly talk,” after speaking to a friend recently – who he trusts, and respects in the industry, and who is very “plugged in” – this friend shared with him, what they claim is really going on.

Perez Hilton believes his friend, and although he won’t repeat what this friend told him or said, he did say that they shared that “things are bad.”

Perez mentions that he has “been tagged in all of the [Britney Spears] theory videos” and what is surprising to him is he has not seen a “single video mention what’s really going on.”

Perez nears the end of the video by saying he wants to “send Britney genuine love and [he] hopes she knows the world is rooting for her, she is beloved.” He ends the video by saying that Britney Spears fans’ “concerns are warranted” and “if and when – or if – the truth comes out, I think it would really surprise people- it surprised me.”

Perez ends the video by sending light and healing to Britney and her fans.

The question still stands- Where is Britney Spears?