The Fashion Files: Not Just Clothes, but Political Statements

Fashion is far from just clothing. It’s not just a form of visuals, texture, and appearance — but is a social and political statement too. What does it represent for different cultures?

In this day and age, fashion, like politics, is far passed controversial. Something about being a millennial/ Gen Z and having our mobile phones with us at all times, is making us increasingly aware of social movements and political issues around the world. Luckily, not all news are bad news. There still are people trying to making a difference, doing this through one controversial outfit at a time.

The use of fashion as a social and political tool is becoming increasingly popular in America with movements such as “#MeToo” and the “Pussyhat”. In addition, there’s a variety of independent artists and societies whole also use fashion to elevate themselves while being an inspiration to others. These stories paint a real picture of what fashion is capable of doing. If it’s used wisely, it can be the key to empowerment and revolution.

Here’s a glimpse of how people around the world use fashion with a political agenda to make statements, and reaffirm their worth.

The #MeToo and Time’s Up movement gained popularity during the 2018 Golden Globes as many actors including Meryl Streep, Angelina Jolie, Reese Witherspoon and others, wore black in form of protest against sexual harassment and assault in the workplace. Soon, a hashtag born within the Twitter realm raised awareness of the magnitude of the issue in general. However, the tweet took a turn towards supporting women workers’ rights. 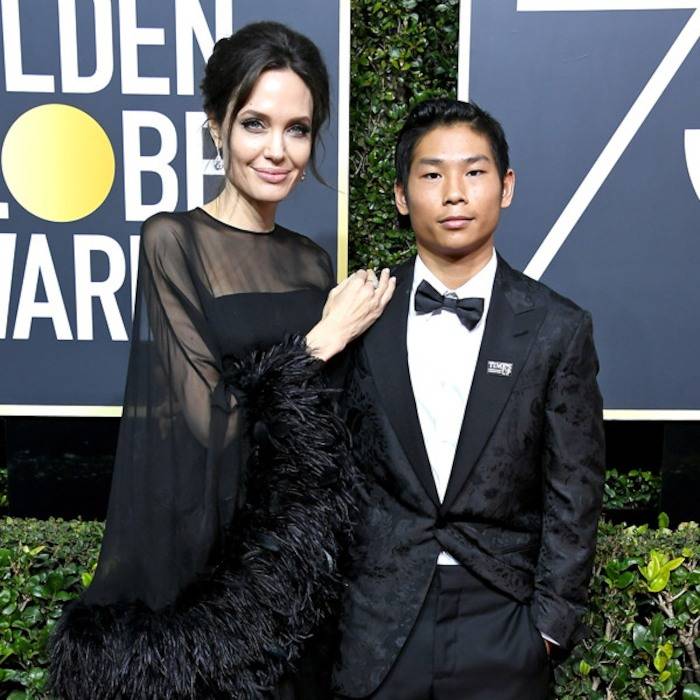 Angelina Jolie, in Versace, with Pax-Jolie Pitt at the 2018 Golden Globes.

The famous and ironic Pussyhat Project also takes a stand for women, with a mission dedicated to advancing women’s rights and human rights in general through respectful dialogue, and education. This trend arose during the Women’s March in January 2017, as a sea of pink hats took over Washington, DC. The name was selected after the locker-room comments made by President Trump about grabbing women’s genitals. The overall movement was to make a statement and empower women. 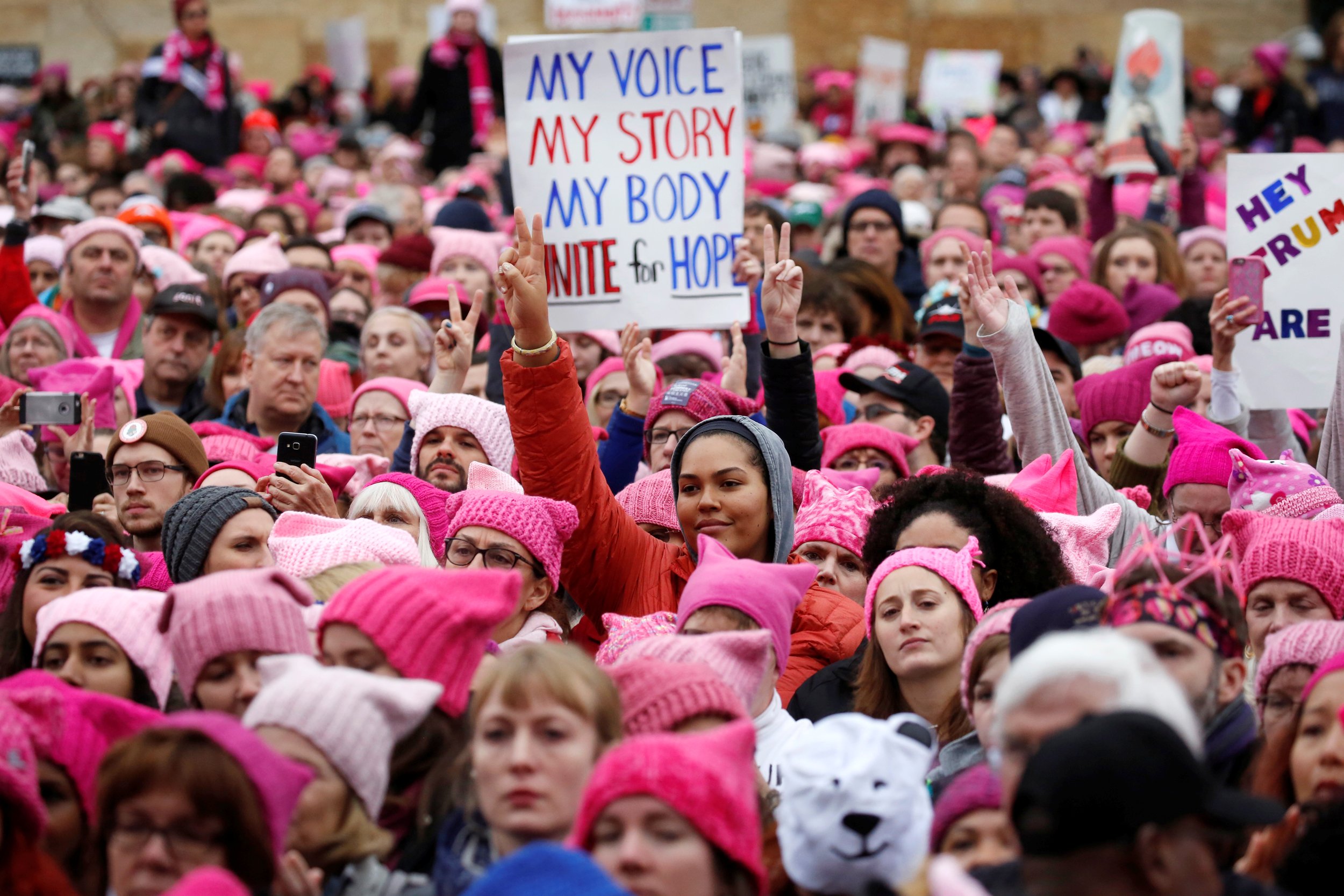 Le Sape  is a subculture formed by finest gentlemen in Africa, as they follow a theme progressing towards elegance and style. The Society of Ambiance-Makers and Elegant People has embarked in a mission of bringing morale into their neighbourhoods by being dandy men. Even though this community lives in an extremely impoverished region, this subculture dresses up in pink and other bright coloured suits, and walk the streets of their towns looking glamorous. Different cultures have different ways of elevating themselves and Le Sape utilizes elegant attires to empower themselves and their communities. 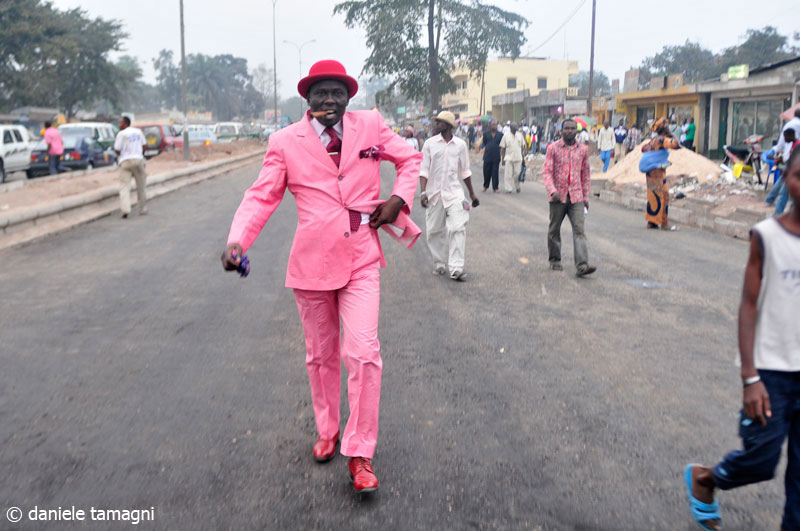 Fashion is also an empowering element in Indigenous communities. According to Kent Monkman, a popular Canadian Indigenous artist, fashion becomes a way of resisting the colonial definition of who they’re supposed to be. Monkman incorporates fashion in his artwork as a way of refuting the disempowerment brought upon by colonial ideologies. High fashion, in particular, elevates him to a fantasy world of living as though they were not disempowered in society. Using a classic traditional Louis Vuitton monogram pattern, Monkman’s vision was to go back in time when indigenous people were  not marginalized. They were actually important players in the fur trade, with more of an equal relationship between them and Europeans. In a way, it was reclaiming that status, that had been chipped away through colonization. 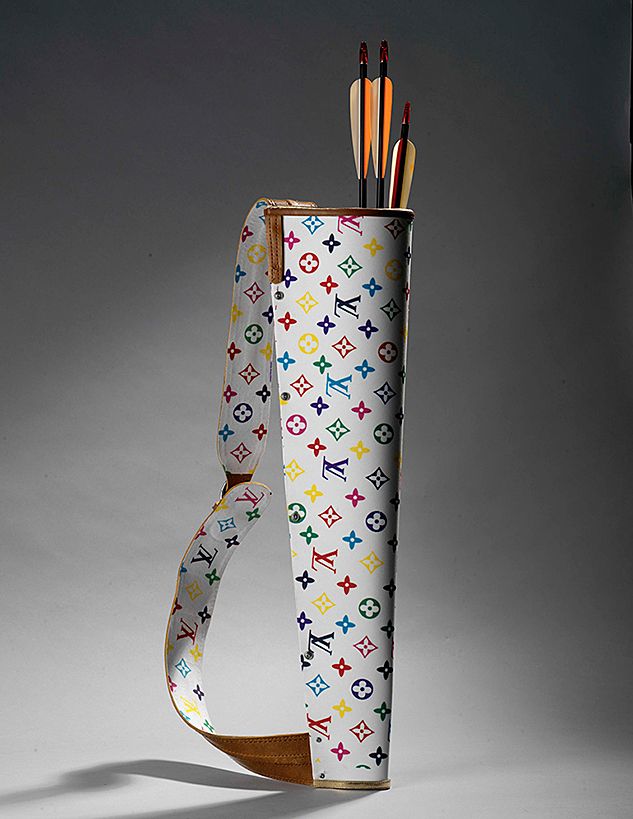 So as you can see, fashion should never be seen only based on appearance, as it goes much deeper than that. It’s an art, form of expression — and even sometimes, a form of revolution and political or social activism.