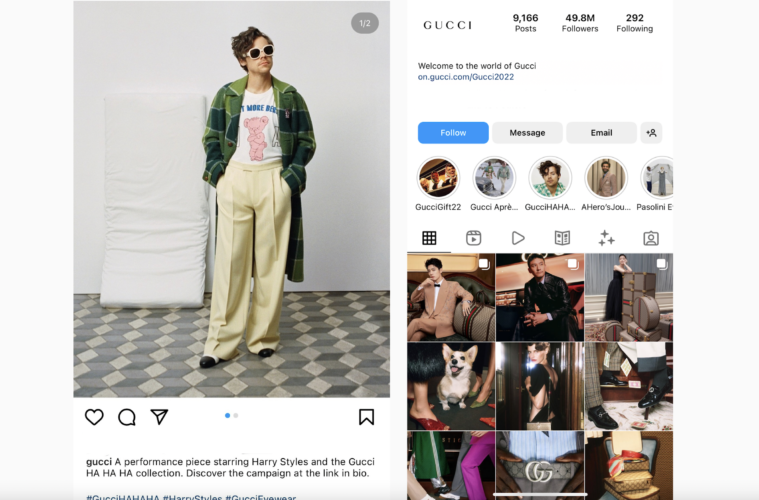 Gucci Ad Of Harry Styles With Child Mattress Under Fire

Gucci is in hot water after posting an ad with singer Harry Styles that featured a toddler bed and a teddy bear shirt.

Coming off the heels of the Balenciaga scandal, Gucci is under fire for posting an ad with Harry Styles that featured the singer alongside a toddler bed while wearing a teddy bear shirt in the brand’s latest HA HA HA campaign.

Below is an image of the ad on the brand’s official Instagram page. 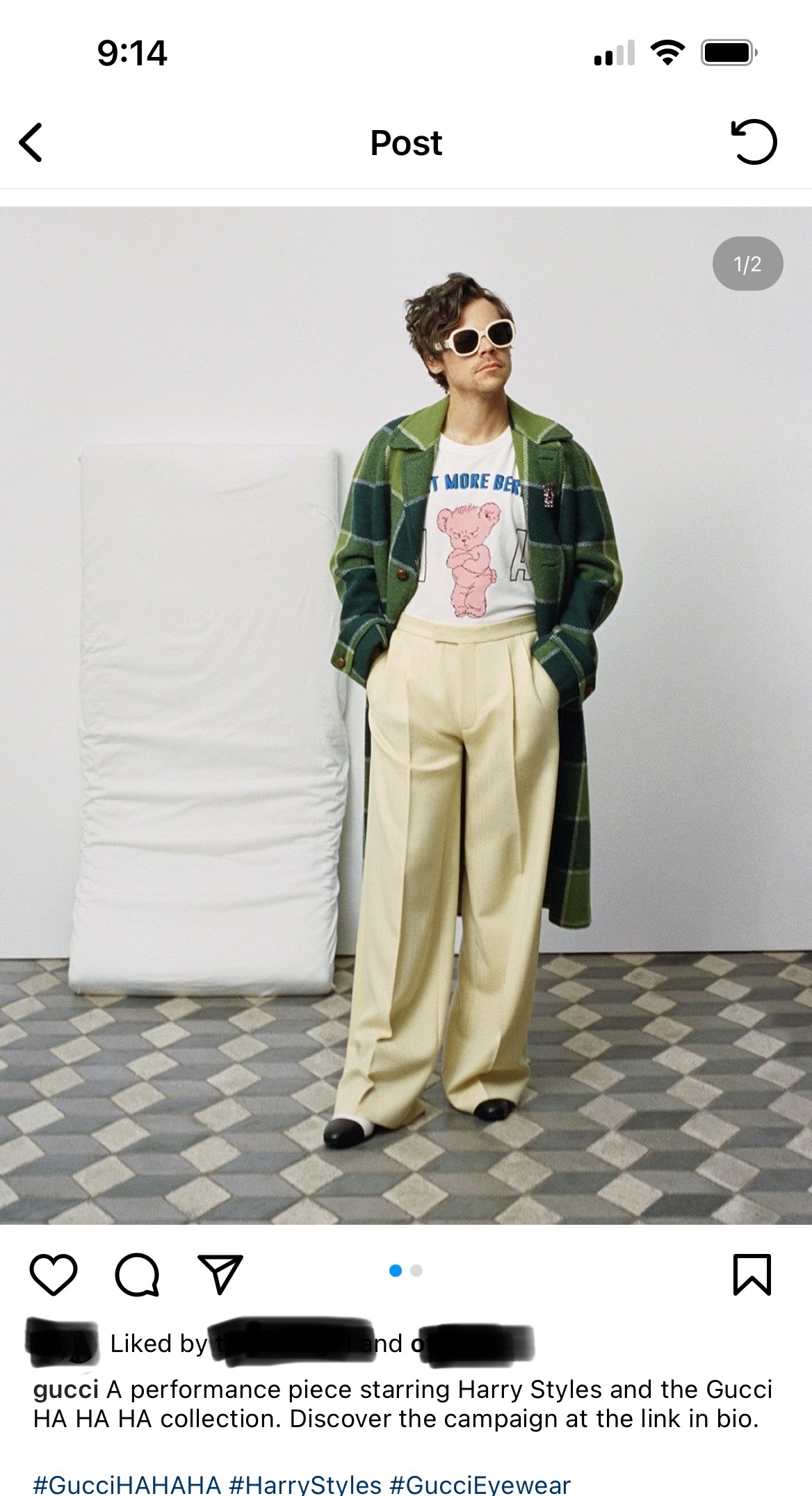 The teddy bear shirt Harry Styles is wearing reads, “I want more berries and that summer feeling,” which are lyrics from the singer’s top hit “Watermelon Sugar.” A toddler mattress stands behind the singer.

Instagram users flooded the comment section with #cancelgucci questioning the ad in regards to why a toddler bed and teddy bear shirt were used to promote the campaign. 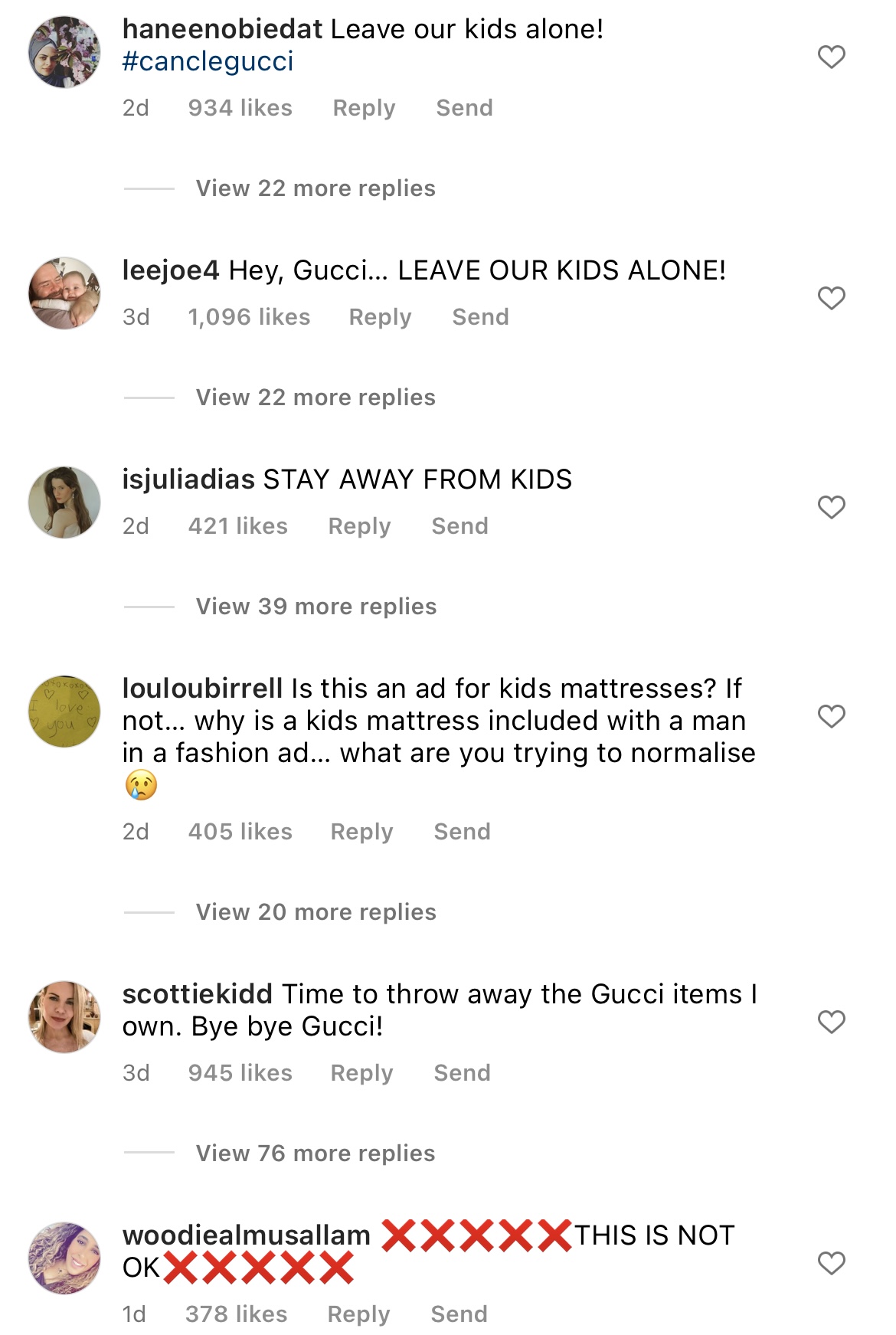 As of this moment, Gucci and Harry Styles have not yet publically responded to the backlash.

An earlier version of this story stated this image had been removed from Gucci’s official Instagram page. The brand has not removed this image from its feed and the campaign remains as a highlight reel.

Be sure to check back to HOLR Magazine for any developments or updates regarding this story.