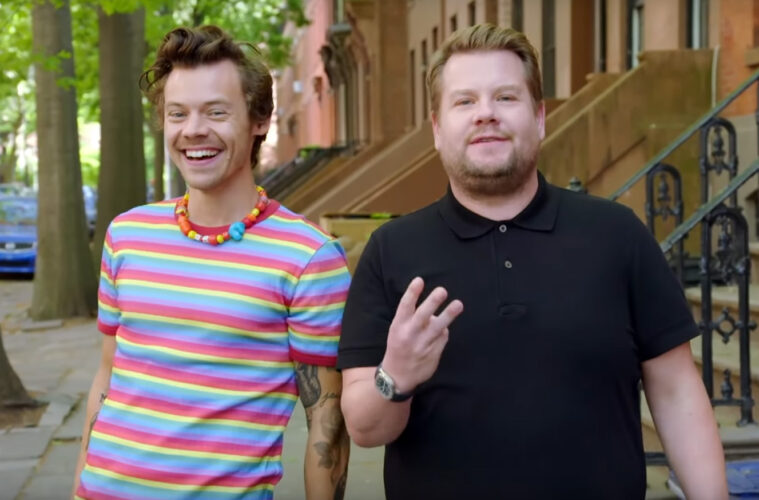 What do you get when a late-night television host and an eccentric artist team up to film a $300 video in three hours? The official ‘Daylight’ music video – why, of course. 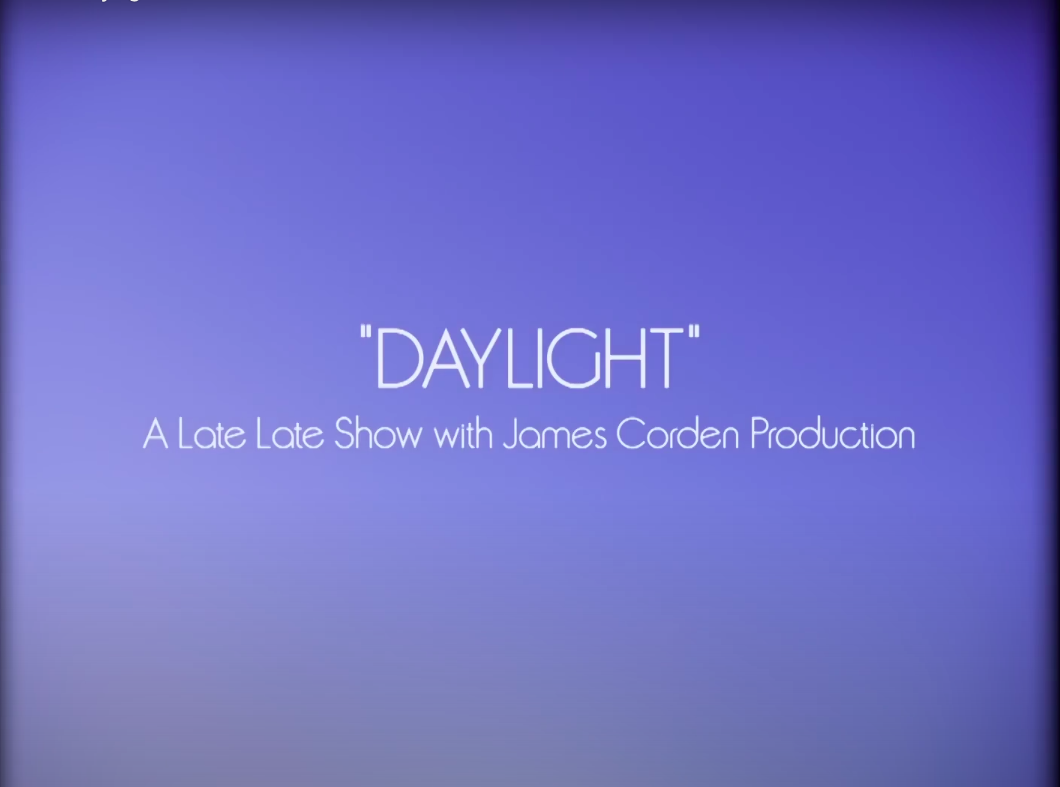 Harry Styles and James Corden prove once again to be an unstoppable duo after filming a DIY music video for Harry’s new song ‘Daylight.’ 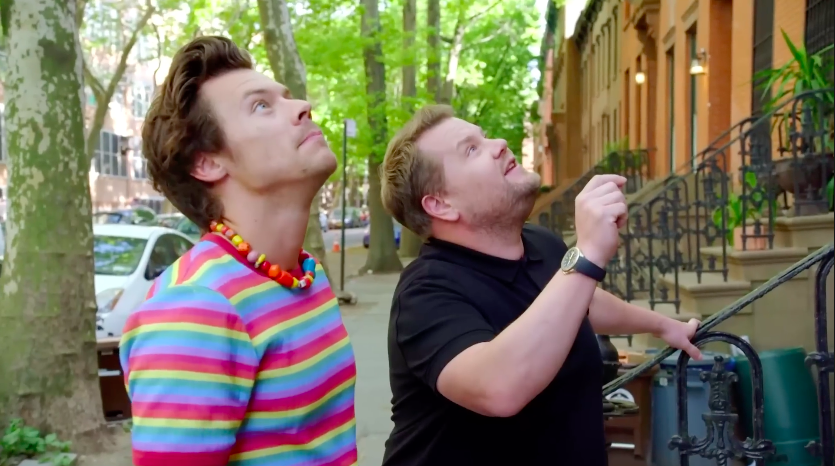 ‘It’s New York, baby, always jacked up’! Corden and Styles took the streets of Brooklyn in search of the perfect setting for their music video. After numerous failed attempts of knocking on strangers’ doors, the duo finally came across apartment number 3. The four roommates that owned the apartment were kind enough to lend their apartment for Corden’s directorial debut. Their apartment served as the background setting for the video as Corden directed Styles to sing in a bathtub, the hallway, the living room, and the roof of the apartment.

Break down of the YouTube Video and the Music Video 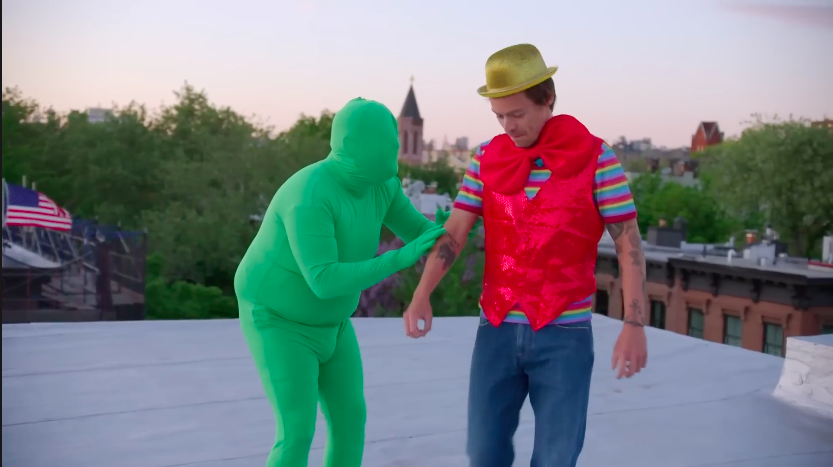 You can always count on Corden and Styles to provide a whimsical and charming collaboration, and the ‘Daylight’ music video proves to be no exception. From the get-go, Corden provided hilarious commentary while Styles added in with his comedic dry humor.

The video begins with Corden storming into the apartment to find location settings, props, and costumes. After embarking into one girl’s room and finding Harry Styles memorabilia and images, Corden remarks, “be honest are you like.. A crazy psychopath?” To which the fan replies, “I’m like … insane.”

Corden’s vision begins with Harry lip-synching in a dark-lit bathtub while he holds a coloured fan and shoots his phone’s flashlight toward it to get coloured backdrops. Next, Corden employs the four roommates to hang decorations and cut confetti pieces. The camera then pans to Harry emphasizing that, “I cannot stress enough that this was James’ idea.” Shortly after, Corden directs shots of Harry in the hallway and living room whilst Harry sings and later dances like Mick Jagger. The late-night television host is in full creative control now.

The pair then head up to the roof with Harry dressed in a sequined red vest, giant bowtie, and a gold fedora. Corden commands Harry to sing while he wears a green bodysuit and hangs a rod with fake blue birds above his head. The action correlates with Harry’s lyrics: “if I was a bluebird, I would fly to you.” Finally, the video ends with a giant house party with blown-up animals, moody lighting, and of course, pizza. That’s a wrap! 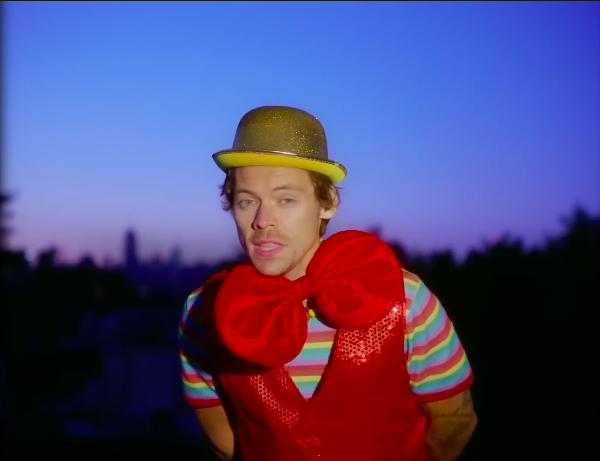