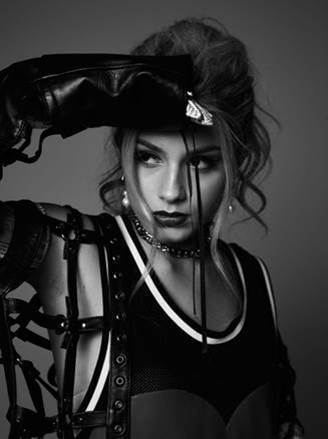 Rising Pop Star KG Crown made her debut pop music release with her new single Bad. The singer, song-writer, actress, and model is quickly making a name for herself in the music industry by incorporating a unique sound of K pop, Hip Hop, and Pop blended together. KG started her music career in a Christian music group, but kept her roots and beliefs while switching into Pop and Hip Hop. We sat down with KG to discuss the music video release for Bad, her music transition to Pop, her inspiration, and what to look out for next!

Tell us a bit about the making of the music video for “Bad” and how it came to be.

The outfits are incredible! What or who was your style influence for the video?

Amazing!  Did you always have a vision for the music video?

“Bad” is actually my first song that I’ve released off my EP. I always knew I wanted to do a music video, but I didn’t know when it was going to happen. I always had the general idea of what the music video was going to be like and when the time came, I actually directed it myself. So, that was super fun.

Do you think that you’re going to move to the director’s side with your music?

I really liked directing things because I like to be in charge of the vision. I’ll definitely work with like other directors for stuff in the future, but I do think I’m a very visual person, so I like to see be involved with what the video should be like and I do like to have my opinion.

How did you come about with writing and releasing your first song?

I actually started a Christian band with my brothers when I was seven. After six years of doing Christian music, my brothers didn’t want to be in the band anymore, so I branched off into this solo Pop career. Now, I just released “Bad” and that’s my first song and I have two other songs coming after that.

Tell us about those songs

The next two songs are called ‘Gimme That’ and ‘Eeny Meeny Miney Moe’. I like K-pop, Pop, Hip Hop, and Rap. I think you can hear a mixture of those in all of my songs.

I’ve always really loved K-pop. I love Black Pink and BTS, and I’ve  always loved the music, but also the choreography. K-pop actually has a lot of dancing, and I love that as well. I love the sound of K-pop and I wanted to take inspiration from  something that people from all over the world would enjoy listening to. 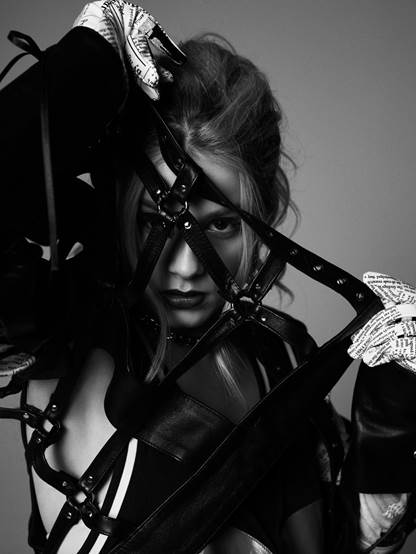 How drastic was the switch from being in a Christian music group into doing K pop or rap and hip hop, and what are some of the differences or similarities that you didn’t expect?

When I started out in Christian music and switched to pop music, that’s when I was started getting bullied by the Christian community. I was bullied for wearing crop tops and singing pop music. That’s kind of where all of that started. When I switched into pop music my career, started to become more successful. The more success, the more bullying I got. Regardless of the bullying, I’m happy with doing Pop Music, like I think it’s what I’m called to do, and it’s definitely different from Christian music but I like it. It’s super fun.

I also think you can reach more people with Pop music! So, I’m not sure why I was being bullied for switching from Christian to Pop. I’m still really strong in my faith, but now I have an even bigger platform where I can spread that faith and reach more people. In the end, I’m actually spreading the word of God to more people and I’m proud of that.

What’s your inspiration behind the song, and how did that affect music video? Including your decision to have Alectra featured at the end.

Like I said, I started out in Christian music and when I switched from Christian to Pop music, that’s when the bullying started. Basically the “Bad” music video is my way of telling my story and the events of things everything that happened to me and my family. I was bullied by kids my age, their mothers, and even teachers for wearing crop tops and singing Pop music, which is basically the story I’m trying to show in the music video.

I also wanted to use this video to show my support for the LGBTQ+ community. So, I do kiss a girl in the end of the video. Her name is Alectra, she’s one of my friends and she is so amazing for agreeing to help me make this statement with my music video. The reason I’m passionate about using my platform to support the LGBTQ+ community is because my brother is actually gay and he was also bullied by those same “Christians”, just for being gay.  I want to show everyone that I completely support him and I believe that no matter what, he is loved. Being Christian and gay, I think that’s perfectly okay.

I believe love is love and everyone should be treated with equality. If you’ve actually noticed, in the music video I have a cross on my hand when I kiss Alectra. The reason that I decided to put that in there was because I saw the way some members of the Christian community were treating my brother and the LGBTQ community, and I completely disagreed with it. I think the God I know taught everyone to love everyone and treat everyone with respect. With the video, I’m also encouraging my followers to donate to the Trevor Project, which is a national organization that focuses on suicide prevention for the LGBTQ community. I made T-shirts that say “God Loves Everyone and So Do I”. All of the proceeds will also be donated to the Trevor Project.

What was it like from your parents side you know with you, kind of switching over from the Christian group Christian music to pop music?

My parents really supported it, I think that they believe the same things I do, that it’s okay being gay and Christian, and that every single Christian should treat the LGBTQ community with respect and equality. But yeah, they were super supportive they agreed with everything I was doing.

After the music video comes out, are you ready  to speak with different Christian individuals and communities about everything you’re standing for and why and how?

I’m very prepared. I am obviously expecting some people to disagree with me, but hopefully some people will agree with me. I think that’s just how life works, you know? People have opinions. I just hope that I can change some opinions with my music. 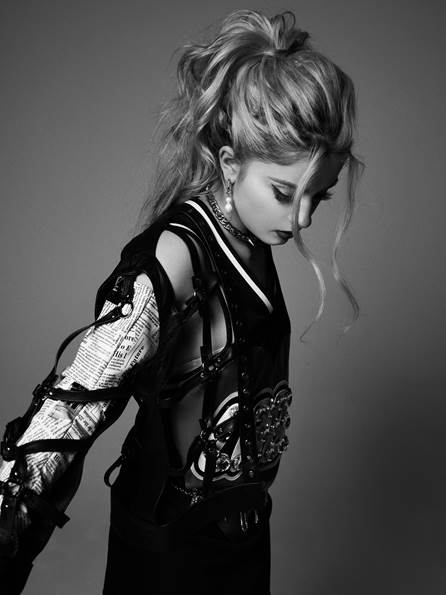