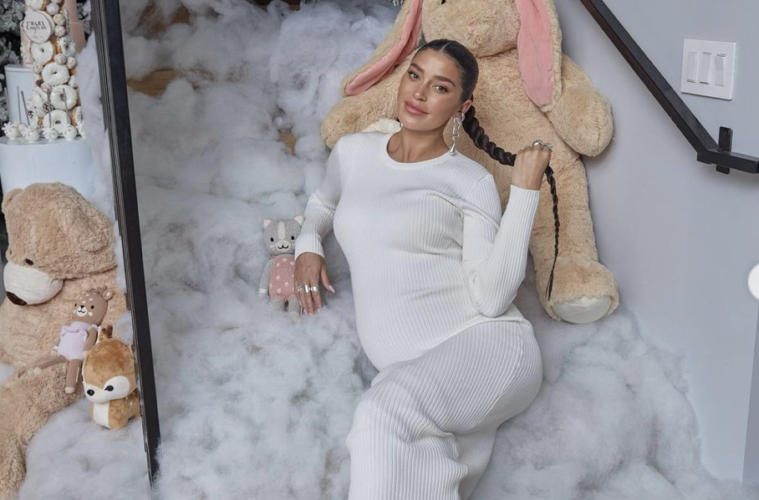 The model and former WAGs star has posted on her Instagram announcing the birth of daughter India Moon English. In the caption, Nicole said that her and former NFL player husband Larry English are “so in awe and taking in every moment.”

Nicole who is thirty-four years old gave birth to daughter India on Friday, January 13th at a hospital in Los Angeles. According to People magazine, Baby India was born 6lbs, 110z and 19 inches long.

Nicole was very open throughout her pregnancy with her followers and shared that some of her followers were concerned about her swelling. She reveals that at her second to last fetal monitoring appointment, the doctor revealed that she did develop preeclampsia, which can result in swelling. Nicole and Larry were told that the baby needed to come out right away.

India was born at 38 weeks and despite the model saying that what started out as a scary moment, ended up turning into “the happiest moment” of her life.

Congratulations to Nicole and Larry on their new baby girl!