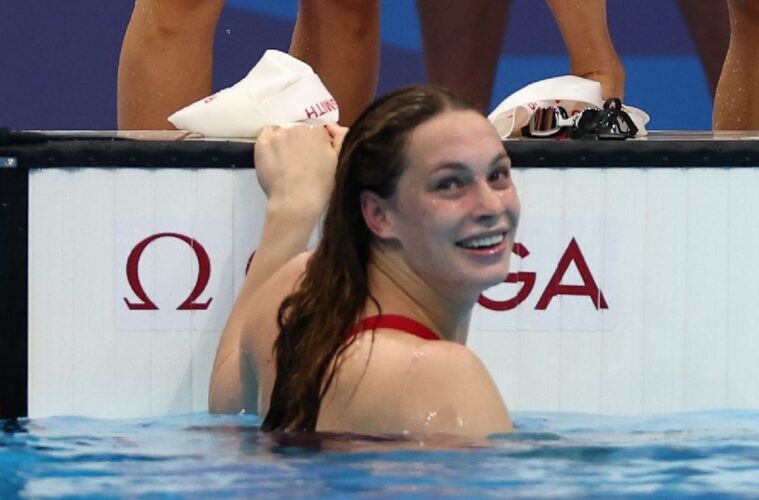 Penny Oleksiak secured her seventh Olympic medal, making her the greatest Canadian Olympian of all time.

Her medal was Penny Oleksiak’s third in Tokyo, and added to the four she took home from the Rio Olympics in 2016 when she was just 16. On Sunday, Oleksiak passed speed skater Cindy Klassen and speed skater/cyclist Clara Hughes.

That medal, secured Sunday as a relay team with Maggie Mac Neil, Kylie Masse and Sydney Pickrem in the 4×100-metre medley, was Canada’s sixth in the pool in Tokyo. 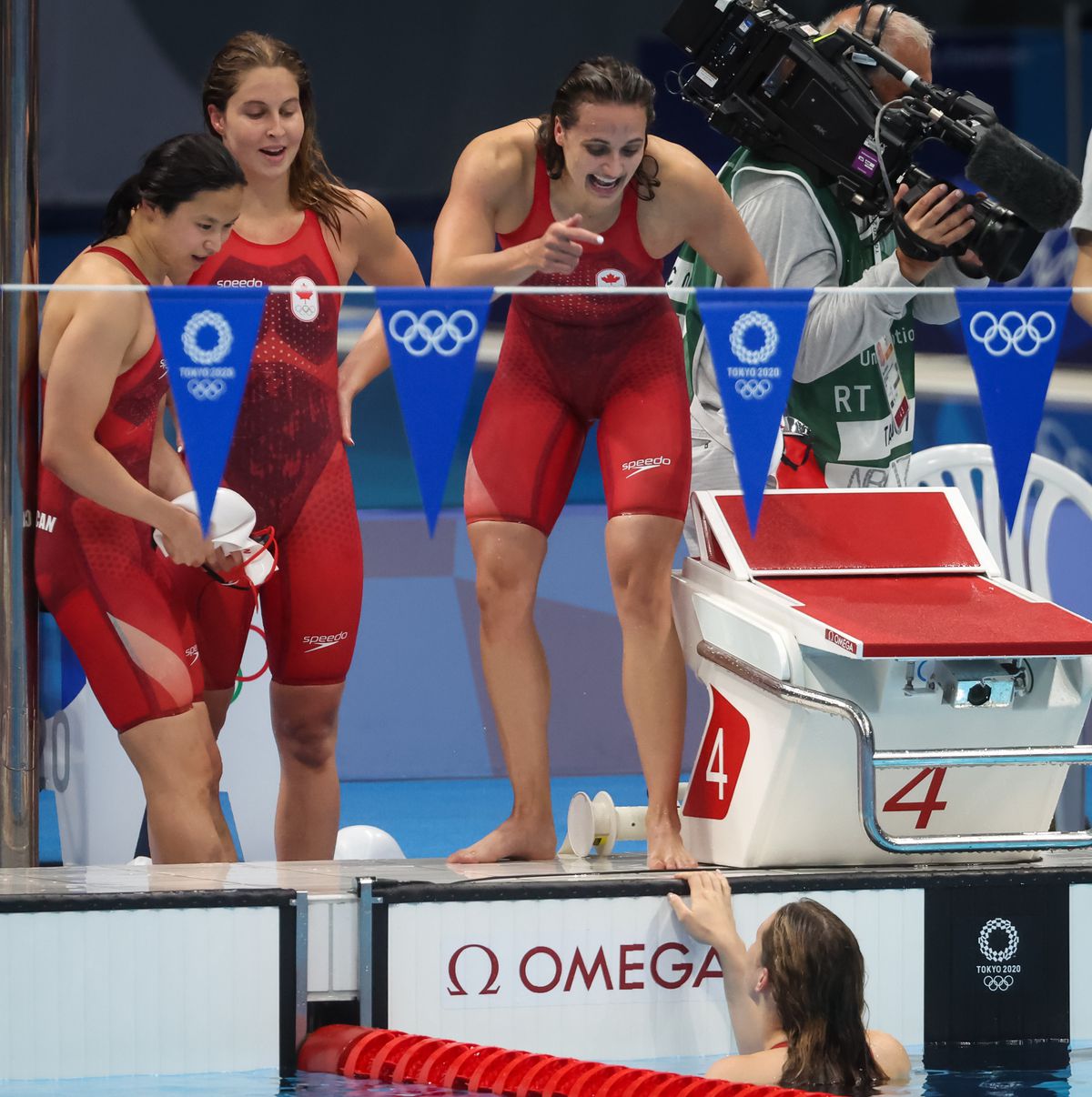 “Once I got my sixth, there was a little bit of pressure on me I feel to get that seventh medal. In my other two races I was, like, really thinking about it,” said Oleksiak, who also had two fourth-place finishes in Tokyo. “On the last race I had accepted it, I have six Olympic medals, I’m not gonna complain if I leave here with six Olympic medals.”

Trust me at the top it isn’t lonely

Thanks to this latest bronze, Oleksiak already boasts the most expansive medal collection of any Canadian Olympian, past or present. She had shared that record with Clara Hughes and Cindy Klassen.

Penny Oleksiak was also the closer for Canada’s silver squad in the 4×100 freestyle relay and scored an individual bronze in the 200-metre freestyle. She finished fourth in two other events.

Due to the pandemic postponement, Paris 2024 is suddenly just three years away. Oleksiak will be only 24. Especially with the talent, she is surrounded by in the national program, it’s not far-fetched to think this Torontonian could be talking soon enough about the significance of an eighth Olympic medal, a ninth, double digits even. 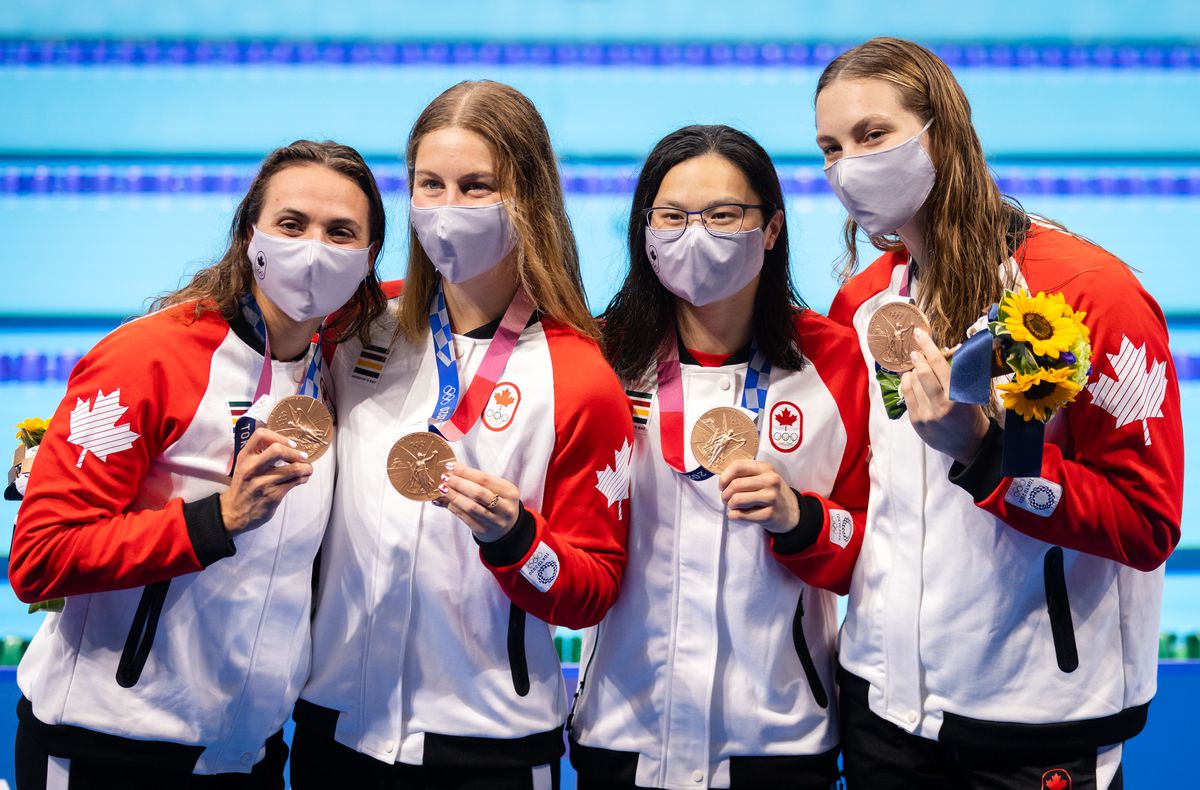 “I’ve grown a lot as a person in the last five years,” said Penny Oleksiak. “I think we’re all so supportive of each other when someone else is going through a tough time. … Having a team that’s that professional, that empathetic, that amazing, you don’t see that anywhere else in the world.”

Counting all the swimmers who participated in a heat for the medal-winning relays, 15 medals will be returning to Canada. All are from the swimmers who trained with Titley at the High-Performance Centre in Scarborough.

The group was especially proud, considering Canada’s strict pool closings and physical distancing during the COVID-19 pandemic. The training schedule was interrupted and prevented them from competing. Other many countries were affected much less.