Nick Jonas and Priyanka Chopra Jonas shared their the first photo of their daughter on Mother’s Day.

The couple went on Instagram to unveil the first official image of their daughter, Malti Marie. Chopra Jonas is cradling their baby girl to her chest in the picture. Jonas on the other hand is leaning over her shoulder to hold Marie’s hand. The face of the baby is censored with a white heart emoji.

Jona’s Instagram post also included a long message about their journey as parents. They announced  in January that they welcomed their first child via surrogate. The coupled also revealed that the baby was in the NICU for more than 100 days.

“On this Mother’s Day we can’t help but reflect on these last few months and the rollercoaster we’ve been on, which we now know, so many people have also experienced,” the joint caption read. “After 100 plus days in the NICU, our little girl is finally home.

They continued saying that every family’s journey is unique and requires a certain level of faith. And while they experienced a challenging few months, one thing that became clear to them was how precious and perfect every moment is.

The caption continued, reading, “We are overjoyed that our little girl is finally home, and just want to thank every Doctor, nurse and specialist at Rady Children’s La Jolla and Cedar Sinai, Los Angeles, who were there selflessly every step of the way.” “Our next chapter begins now, and our baby is truly a badass,” they continued. “Let’s get it MM! Mommy and Daddy love you.” 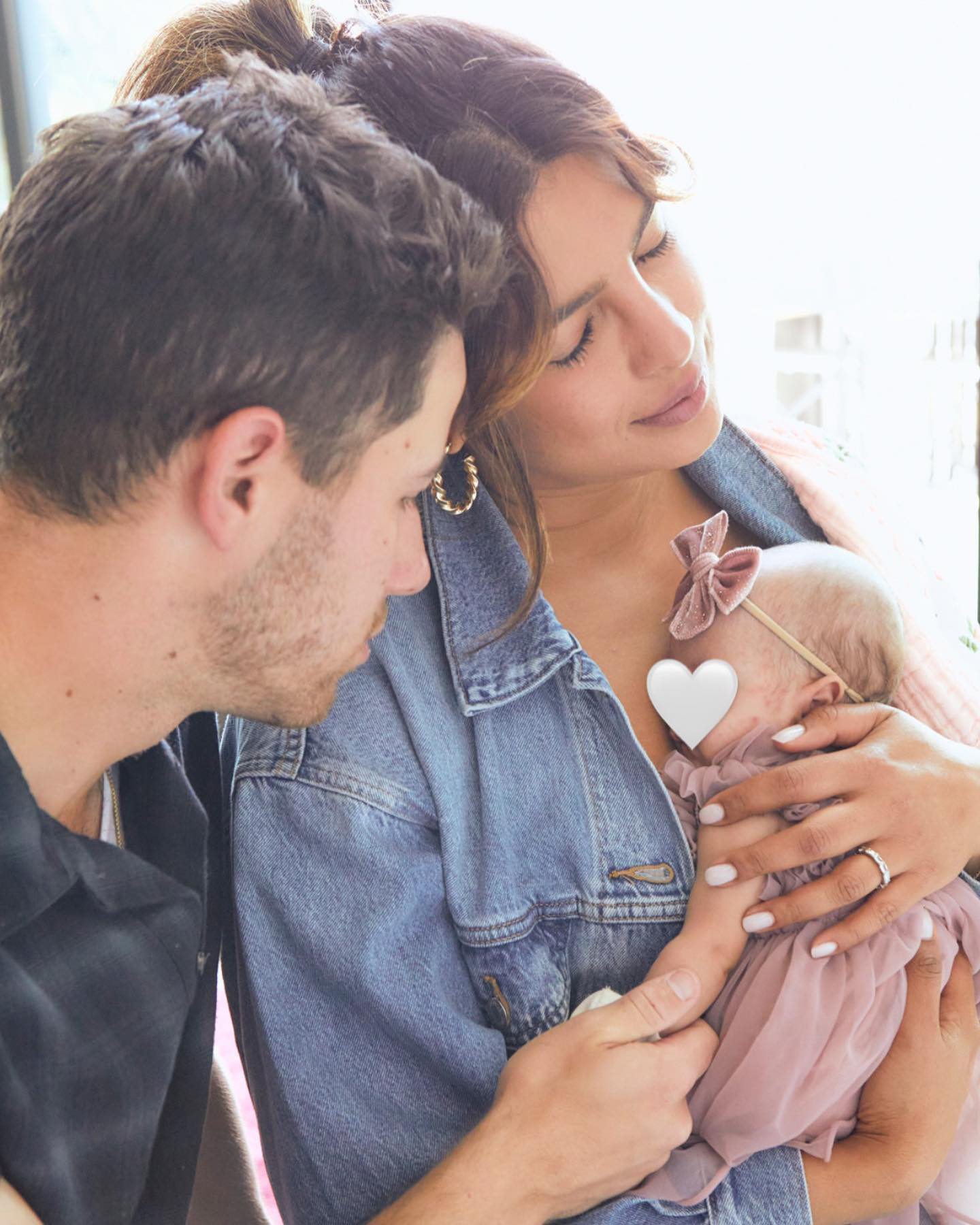 Chopra Jonas also added the same post to her own Instagram page. And obviously, she added her version of what she felt. The actress had a heartfelt message for her husband in her caption.

“Also.. there is no one I’d rather do this with than you. Thank you for making me a mama @nickjonas I love you,” she wrote.

This could be a reply to what Jonas himself wrote on his post. “Babe, you inspire me and every way, and you are taking to this new role with such ease and steadiness,” wrote Jonas. “I am so grateful to be on this journey with you,” he added. “You are already an incredible mother. Happy Mother’s Day. I love you.”

Additionally, the duo commented on each other’s post as well. Jonas shared a simple red heart emoji under his wife’s post. Chopra Jonas meanwhile, posted a crying and a heart eyes emoji, adding “I love you” to her comment.

Coincidentally, the singer is the latest Jonas brother to experience the feeling of becoming a parent. Kevin Jonas and his wife Danielle Jonas have two daughter, Alena who is eight years old, and Valentina, who is five.

Joe Jonas and his wife Sophie Turner have already gotten a taste of parenthood. They have a daughter named Willa, who is going to turn two in July. Not only that, they also have another child on their way.

Turner talked to “Elle UK” this month, revealing that the couple are expecting their second child together. “It’s what life is about for me — raising the next generation,” she told the magazine. ‘The greatest thing in life is seeing my daughter go from strength to strength,” Turner added. “We’re so excited to be expanding the family. It’s the best blessing ever.”

We’re sure Nick is also excited to start his journey as a father. The Jonas Brothers’ are about to have some wild family reunions with so many toddlers running around, that’s for sure! They’re about to experience a ton of blasts and a ton of headaches.