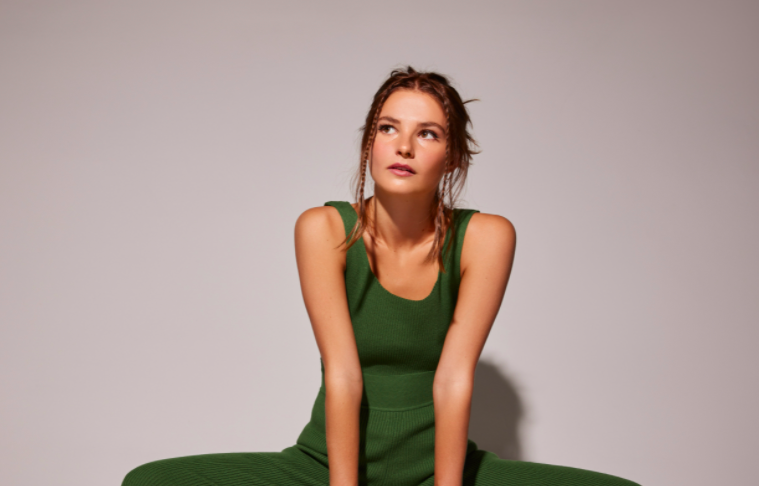 Stefanie Scott is The Girl In The Woods

Award winning actor, writer, singer, and producer Stefanie Scott shares with us about her life in the vast area’s of the entertainment industry. Starting off with a new series she’s starring in titled ‘Girl In The Woods’ where we follow Carrie’s (Scott) on her adventure through the woods escaping the cult colony she was living with. Scott share’s about her love for being a part of thriller productions on and behind the screen. Even more so involved, Stephanie writes her own music which has been included in thriller production such as “Girl In The Basement” {2021}.  Being a jack of all, Stephanie has mastered all by using each talent and trait to power up the being a producer, actor, and writer.

Tell us about “Girl In the Woods” and your character Carrie

Girl In The Woods is an epic supernatural drama. I play Carrie, who grew up in a twisted cult that resides somewhere in the middle of the woods, where she’s been trained since birth to fight and kill. Her job is to guard a secret door to a dark dimension, living in complete isolation for years. There’s a ton of stunts and fight sequences in the show, so I had the opportunity to train with an incredible stunt team and a fight trainer before to prep, and then throughout production as well to learn and perform the sequences.

What pulls you towards roles and projects in thriller/supernatural productions?

The energy on these sets is unmatched. Some of the stunts that we do – and sometimes in just one take – are insane. All of the departments and little moments that have to be nailed on the same beat, to make something that looks so impossible, possible – is so thrilling.

How did you get involved in the production side of things?

I’ve always had an interest in the behind the scenes aspect of entertainment since I started in the industry at a young age. With time, opportunities to be more heavily involved in production  have arose, and I love it. I’ve been learning so much.

Do you have a preference between acting or producing?

I’m just so passionate about bringing art to life; clicking and working with uniquely talented people in whatever form I can. Whether that be acting, writing, producing, etc. I’m a very collaborative person so any chance there is to work with others, riding the same creative wavelength, I prefer that. It’s so bonding, and beautiful.

Do you have any new music coming out?

“Wherever I May Go”, a song I sang with Jake Etheridge, has just come out on all streaming platforms, if you’d like to take a listen! I play and write music all the time. It really brings me into the present.  I would like to release some songs I have been working on in the near future…I guess it’s just about what feels like the right timing for me

The next project I have set for release is “The Last Thing Mary Saw”, a religious/occult film that takes place in 1843.  It was directed and written by Edoardo Vitaletti. There’s a bit of a love story throughout – the other girl is played by one of my close friends, Isabelle Fuhrman, who is immensely talented. The film just went to some great festivals and received distribution to be released in 2022.