The Musician’s Approach to Style: Dressing for Rock

Music genres evolve with generations, so we ask the question: is it completely fair to continue to address them in only four categories?

Rock music is a perfect example of a major shift from the early 2000’s to now. The approach is different, and the markings of the genre see themselves adopted in other music forms. New approaches to rap music have been influenced by rock elements like the continuation of an edgy electric guitar rift through the entire song, or a complete change in sound halfway through a piece – similar to a Pink Floyd composition, or a flawlessly executed Tame Impala song. 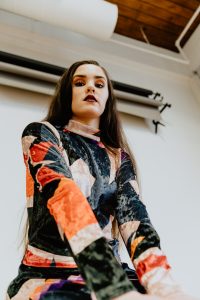 As the conversation shifts from sound to persona, we also see a shift in the way artists and fans alike, are dressing to represent the genre of music that resonates with them the most. CTV’s The Launch stylist Lisa Williams took on the task of embodying this ever-shifting world of rock culture and translating it into standout, resonating looks. 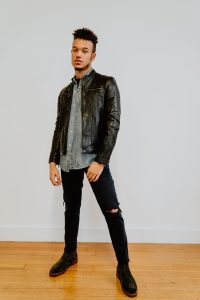 All clothes: Over the Rainbow | Shoes: Nordstrom

Musician Vincent Darby does denim on leather. These materials which are mainly associated with rebellion and edge, are commonly used for rock musicians to drive home the message in a song, or to bring the feeling of a music video to life. 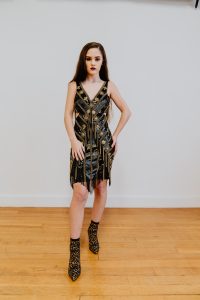 Musician Jayde wore sequins and gold-detailing which elevate the look of a mini dress and boots combo. The flattering silhouette of the dress allows Jayde to portray edginess and still maintain a feminine final look. 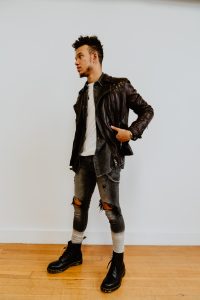 Sticking with the tropes of denim and leather, Lisa diversifies from black and blue, using browns and ombre tones to modernize the look.

If you weren’t pursuing music, what would you be doing?

If I wasn’t pursuing music, I would be studying things to do with health. Either mental or physical. When I was younger I wanted to study to be a cardiovascular doctor as the thought of being able to change someone’s heart or legitimately extending there life to me is incredible. Or, I would do something like a therapist or a counselor, because I believe that  mental health is equal to the physical- I’d love to explore it more. 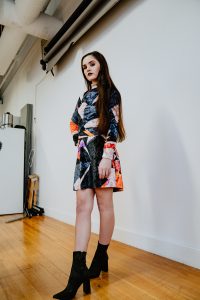 If you weren’t pursuing music, what would you be doing?

I would probably be in school studying business or creative writing… something like that!

It’s clear the artists are multi-faceted beyond a specific genre of music, which is what Lisa Williams aims to portray within the conventions of a specific genre. Making the artist feel confident, and playing into what is identifiable for the type of music is the balancing act between stylist and artist.