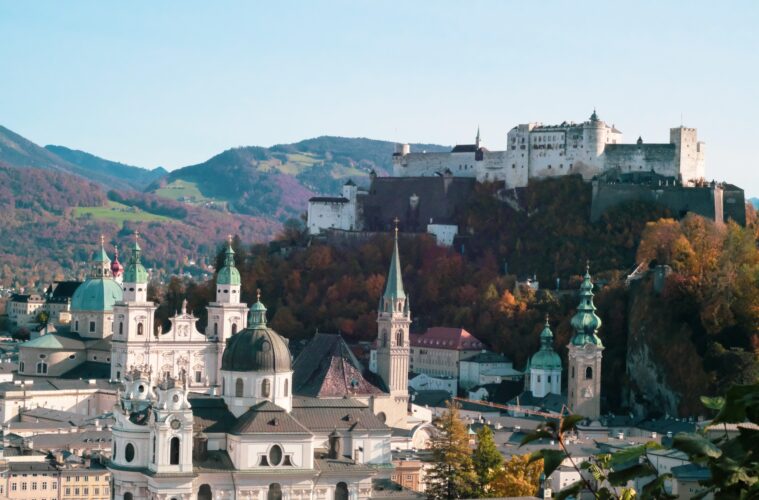 Weekend in Salzburg: Where to Go and What to Do

The most mysterious city in the Alps that has successfully retained its own character is Salzburg. It somehow strikes a balance between modernity and old culture, with upscale dining establishments and avant-garde art on one side and steep, winding alleyways and medieval churches on the other.

Salzburg Airport is located 3.6 km away and is the closest airport to Salzburg. Public transportation makes it simple to go from the airport to the city centre. Take trolleybus number 2, which leaves from the central exit every 10 minutes, for the easiest route. The trip won’t last more than 30 minutes. 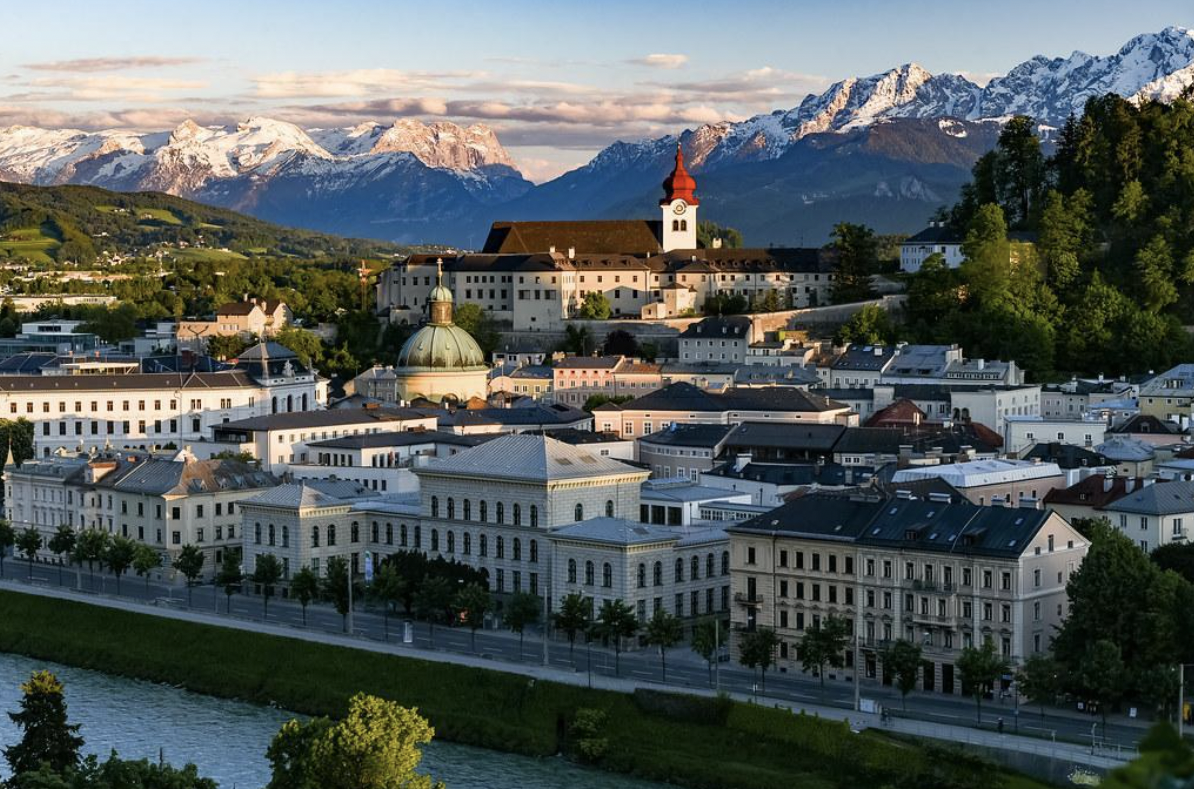 Due to its singular blend of historical and architectural landmarks with stunning mountain environs, Salzburg, Austria’s second cultural hub after Vienna, is regarded as one of the world’s most attractive towns.

The stronghold serves as the city’s calling card and is a must-see site (at least because it is visible from almost anywhere in the city). You can ask your airport transfer chauffeur to stop here. The largest castle in Central Europe that has been preserved entirely is Hohensalzburg. Prince-Archbishop Gebhart built the stronghold in 1077 to protect the city (by the way, successfully, no one has ever conquered it). 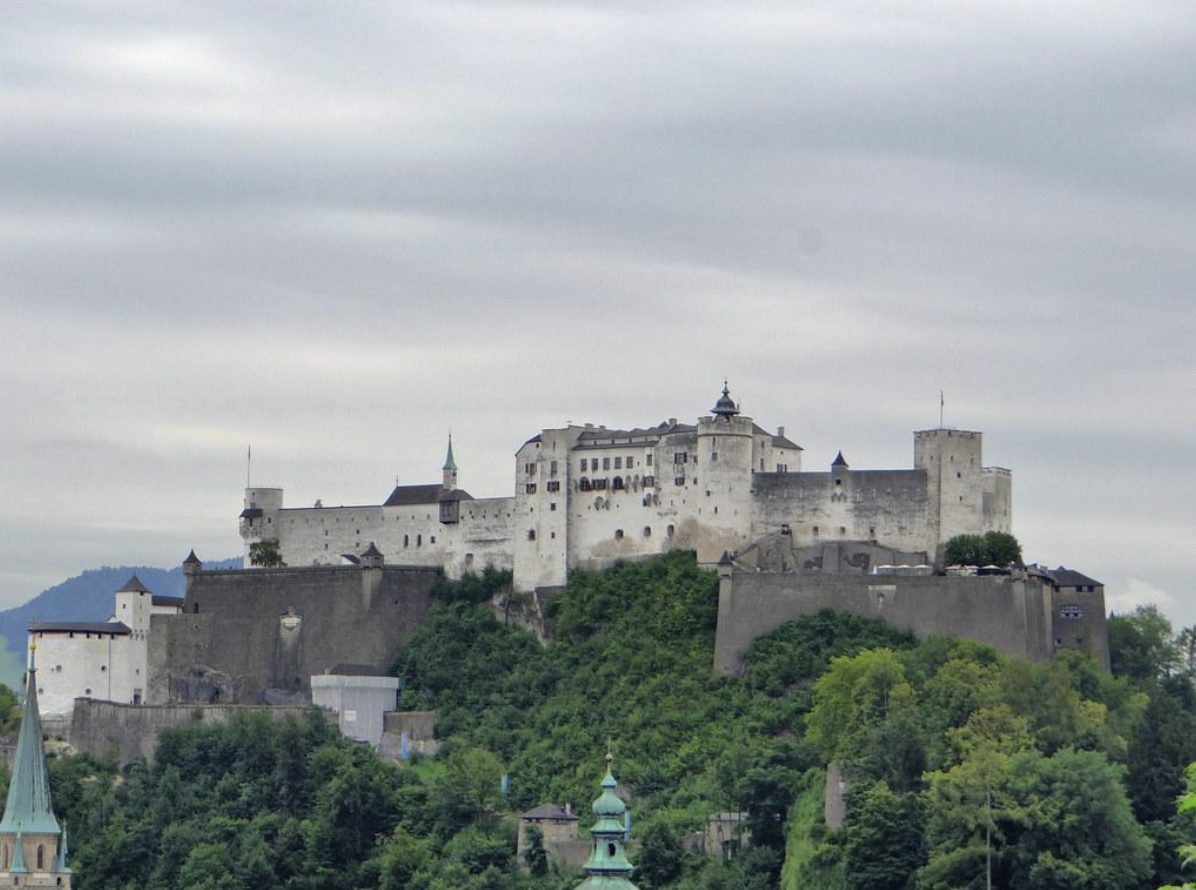 The museums are spectacular, and it provides a great 360-degree vista. The Princely Chambers, which retained the interiors from 1500, the Puppet Museum, and the Fortress Museum are all nearby, a genuine voyage through time to the Middle Ages. And on top of the mountain, there is a real town, not just a fortification. And there are still residents, mainly local workers.

Salzburg isn’t just about the past. There are also some extremely contemporary places here. On the nearby Menchsberg mountain is one of the two city museums of contemporary art, which has four levels of exhibits from the nineteenth and twentieth centuries. The exhibit of famous photos is particularly fascinating; among them are this one of Churchill concealing his face with his hands, “Kiss in Times Square,” in which a sailor kisses a nurse on the day Japan surrendered, “The Beatles Coming Out of the Plane,” and the identical image of Che Guevara.

The building’s marble-lined construction is equally intriguing. The notes of the opera “Don Giovanni” were painted on the museum’s front using customized software as a “hidden message” to the city. There, on the top level, is a restaurant with views of the city that offers the fabled “Salzburg Knockerln,” which is prepared using a historic recipe. So, not to postpone it for later, reserve the AtoB airport taxi and go to this place

In 1606, Salome commissioned Archbishop Wolf Dietrich to construct the lovely mansion with a garden. He cherished his favourite, who gave birth to 15 children and was a constant source of happiness and tranquillity for him. Italian for “worthy of admiration” is “Mirabelle”, and there is a lot to appreciate about this. 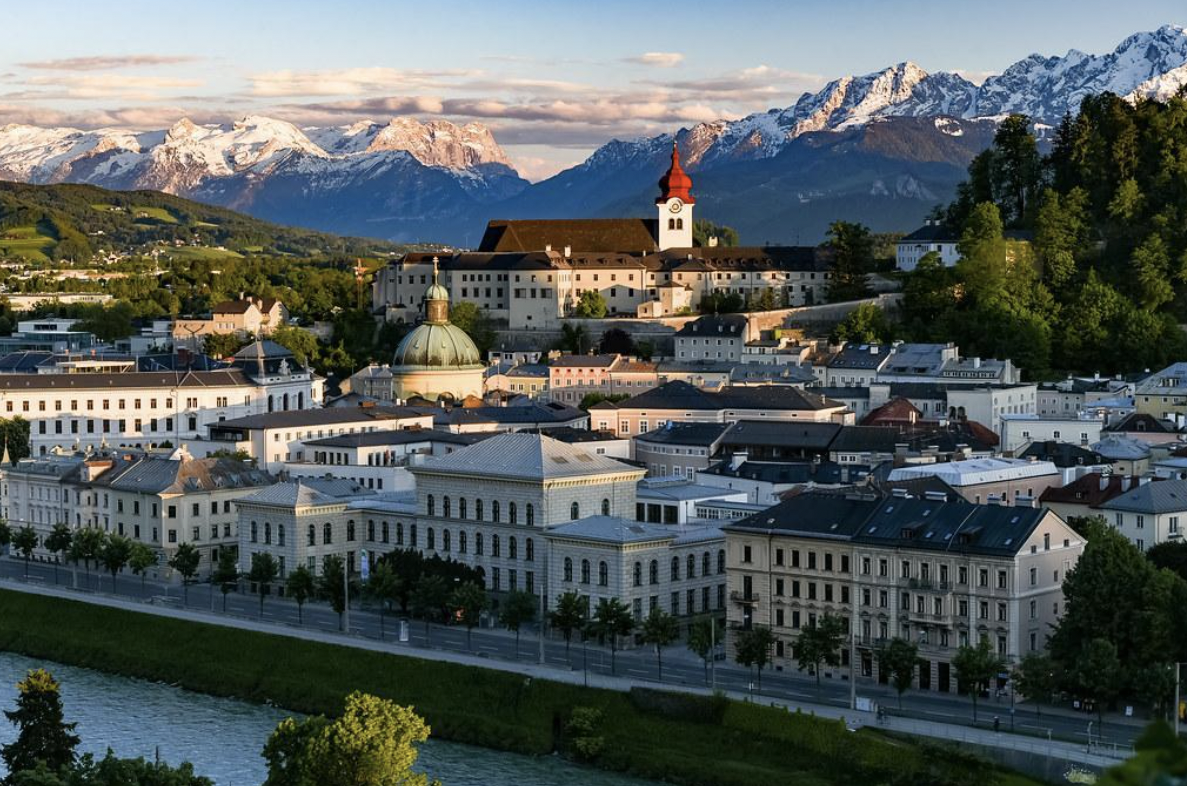 Fountains, statues, a summer theatre surrounded by a hedge, a garden of roses, a garden of dwarfs—all of this gently transports visitors to the XVIIth century, when ladies wore elaborate skirts and wore flowers in their hair and cavaliers brandished swords and had curly moustaches. The site has become a favourite among newlyweds since it is so charming.

There are several occasions for this. Listening to a Mozart performance in his native Austria is an excellent start because classical music is often regarded as being an essential component of Austrian culture. Musicians play in festivals, churches, at historical venues, and at dinner concerts. By the way, the last one, where you may enjoy music and delectable cuisine, is really intriguing.

The ancient wine hall of the monastery is one of the sites where the Mozart Dinner Concert is held. The restaurant is called “St. Peter’s Monastery Cellar,” and dinners are served there in a setting reminiscent of 1790. So, book a table, and in order not to be late take a cab.

Train ride to the Alps

It is preferable to take a boat ride on the alpine lake Wolfgangsee (you can easily get here by AtoB airport transfer) to begin the trek to this location. It leaves St. Hilgen, a charming hamlet known as Mozart’s City since his mother was born there. Get out in the town of St. Wolfgang after savouring the mountain views from the cruise. On one of the oldest cog rails, which has been in operation since 1893, you may ascend the Schaffberg mountain at this location. And if we promised you breathtaking vistas in other places, then these, pardon the cliché, will certainly leave you in awe.

A few really unique sculpture compositions are worth mentioning too. First, it is a monument known as the Monument to the Founder of Candy that resembles a huge ball with a guy perched upon it. The second is a pretty unsettling monument called “Cloak of Conscience”, which is next to the Cathedral and represents the spirit of the commander, who keeps an eye on the citizens’ morals. There is a cyclist-related monument in Salzburg as well. Despite the fact that many residents utilize this mode of transportation, it is not a coincidence.